English Football will never be the same again 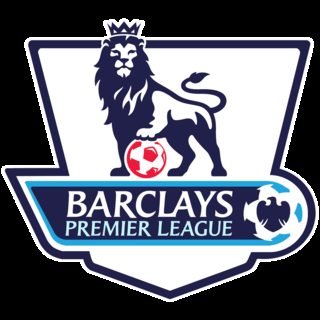 The Barclays Premier League has undergone a massive transformation. English Football will never be the same again as all teams in the Premier League have been given a fresh start, a clean slate. Now, everybody who plays for a Premier League club has been released, and is now a free agent

As the clubs have no players, they have all been given mass amounts of money to buy players and build their team again. The fans have also been given the opportunity to pick the teams new boss. Managers like, Jose Mourinho, Pep Guardiola and Jurgen Klopp are the obvious choices but there were also more lesser-known managers.

One more thing was added. All of the managers could pick three players to put into their team. Any three players from anywhere in the world. This was probably bad news for foreign clubs as they have been stripped of some of their best players.

Luckily for, PSG, Real Madrid and Barcelona, three of the best players in the world have refused to fall in line. Zlatan Ibrahimovic, Cristiano Ronaldo and Lionel Messi have all refused to be moved from their clubs. They were all fined but allowed to stay at their clubs.

FIFA president Sepp Blatter had one thing to say;

DialSquare_1886
7 years
UP THE GUNNERS! IN JOSE WE TRUST!
Login to Quote

DialSquare_1886
7 years
So when is this properly starting?
Login to Quote

No1VillaFan
7 years
It has already started simming
Login to Quote


There have been a lot of transfers this window but it wont all kick off until January and next summer.

DialSquare_1886
7 years
The Diary of the Special One

This month we have recruited well.. Toure, Hazard and Cavani are excellent players and we have them! We have also brought Vidic who will lead our defence superbly with Neven Subotic. Our start in the league has been good; hopefully against Liverpool we will win.. they have a good squad and an excellent manager.

The Special One, out.
Login to Quote

k1rups
7 years
MEHHHH Apart from the players we picked, Palace have nobody! Rubbish transfer window
Login to Quote

Marcelo Bielsa, new manager of Tottenham Hotspur, lashed out on the Crystal Palace manager, Arsene Wenger. He criticised his transfers during the summer window, stating that he needed to do much, much better if we wanted to stay in the premier league.

"He may have picked some world-class players to bring with him, but the transfers he made were not good enough! Crystal Palace have no chance of surviving this season without some drastic changes, either in management or in the transfers Arsene makes. He may have been a great manager for years, but he's loosing his touch, and if he carries on like this, he'll lose his job!"

Bielsa received no criticism from Wenger, so some would call his rant, un-called for, but one things for sure. This will not be the end between Bielsa and Wenger.
Login to Quote

You are reading "Who Dares Wins - The Story".