Didz
6 years
Great updates, I tried a Chester Career on FM 2013 but I didn't really get anywhere haha. Good Luck!
Login to Quote

Radders2109
6 years
The-forgotten-one - Thanks a lot, I'm glad you liked them

Radders2109
6 years
Didz - Thank you! Hopefully I can do better haha

Lee Pugh
This game we didn't seem to gel as a team, I know it was the first game of the season but I expected us to play a little better than we did. Take nothing away from Hearts they played very well and dominated in pretty much every position and wouldn't let us play our game. I am not that bothered about the result because friendlies are just about getting the players fitness levels up and getting ready for the upcoming season.

Danny Harrison
Once again I was overly pleased with the performance that we showed against Marine. We were better than in the game against Hearts but no where near clinical with our chances than we should have been. Marine used the possession well and deserved the win, but if we want to do well in the Skrill Premier this season then we will have to take our chances when they arrive. 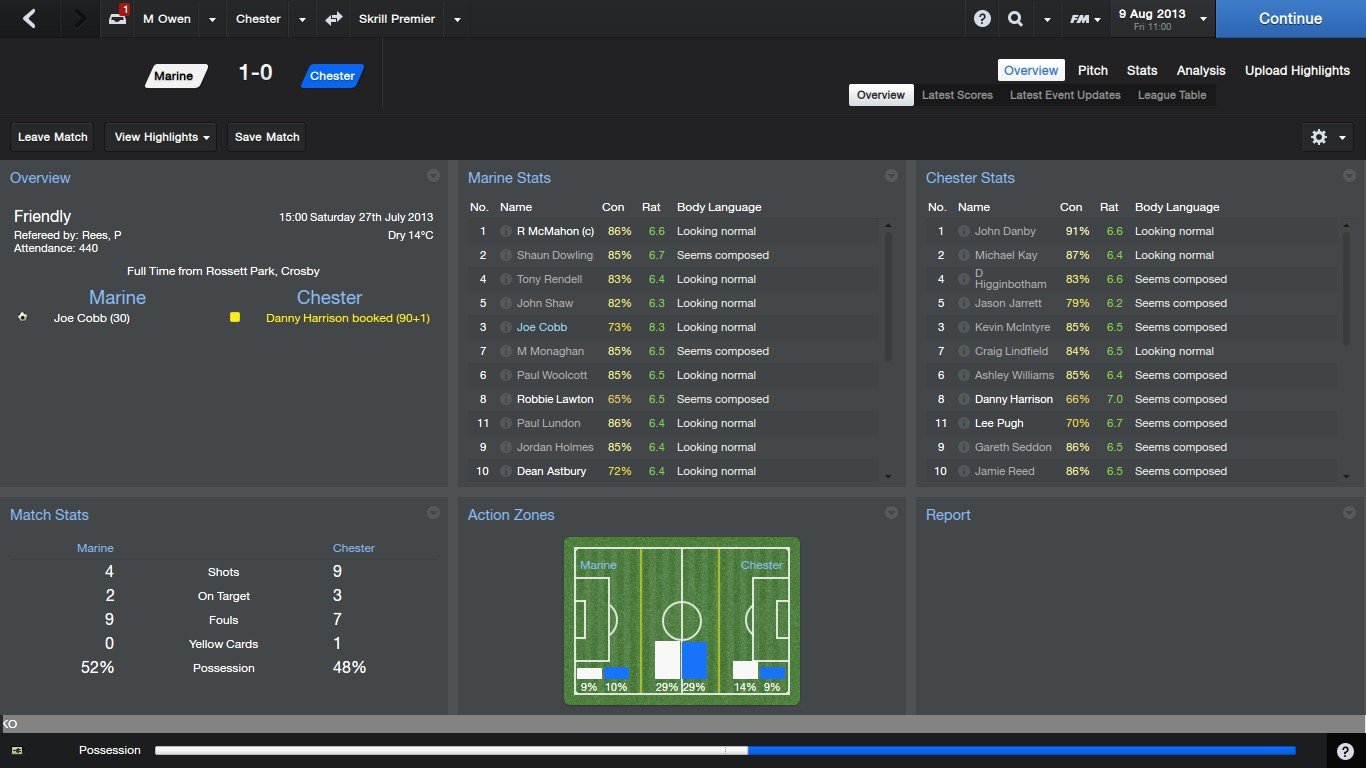 Ashley Williams
Well, we're getting closer and closer to the season but we seem to be making the same mistakes that we were doing at the start of pre-season. Something must change before the start of the season if we want to achieve something this season but if we don't improve then it might be a season to forget for Chester fans. 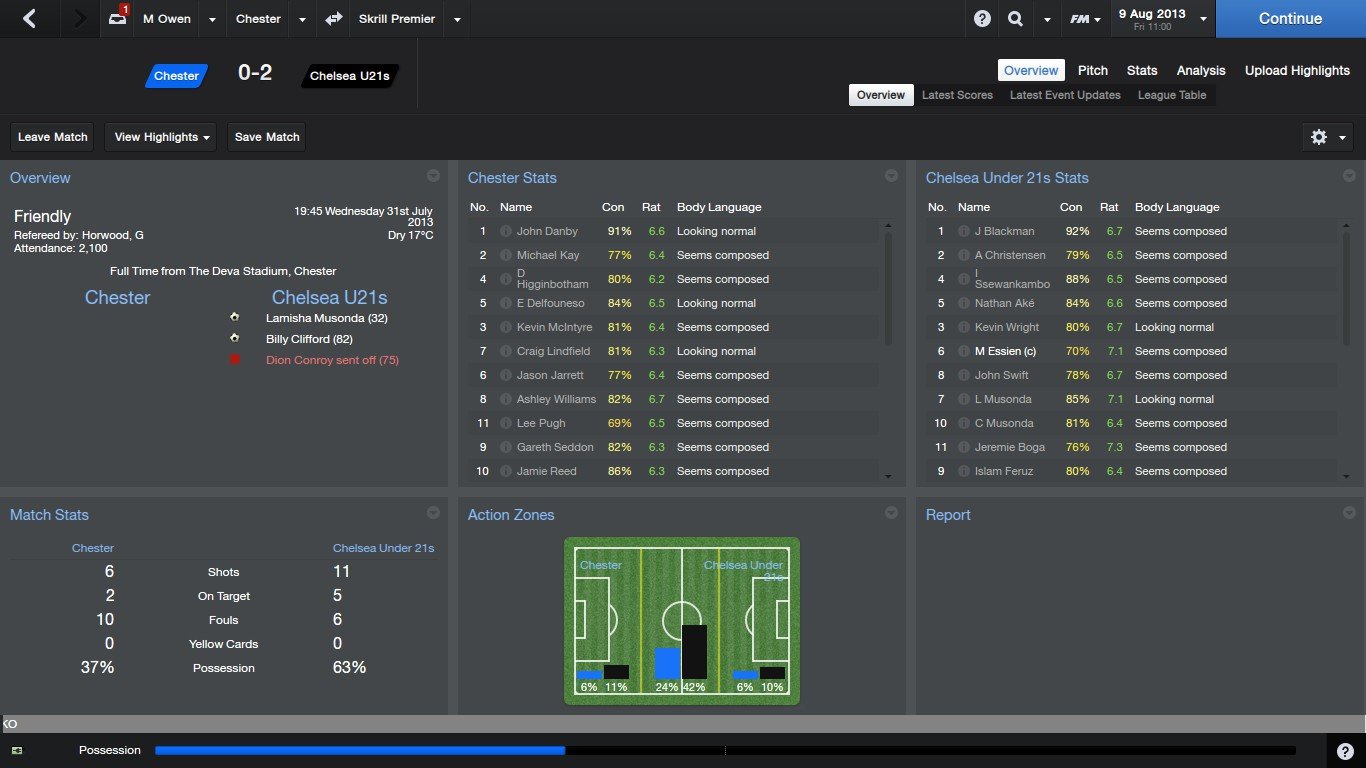 Danny Higginbotham
This was the friendly that we had to play and yet again we didn't live up to the expectations that surrounded us. We played well enough to win the game but we just didn't take up the chances when we managed to get them, it seems that we need a striker to do well this season as we are creating the chances but our strikers already in place don't seem to finish it. 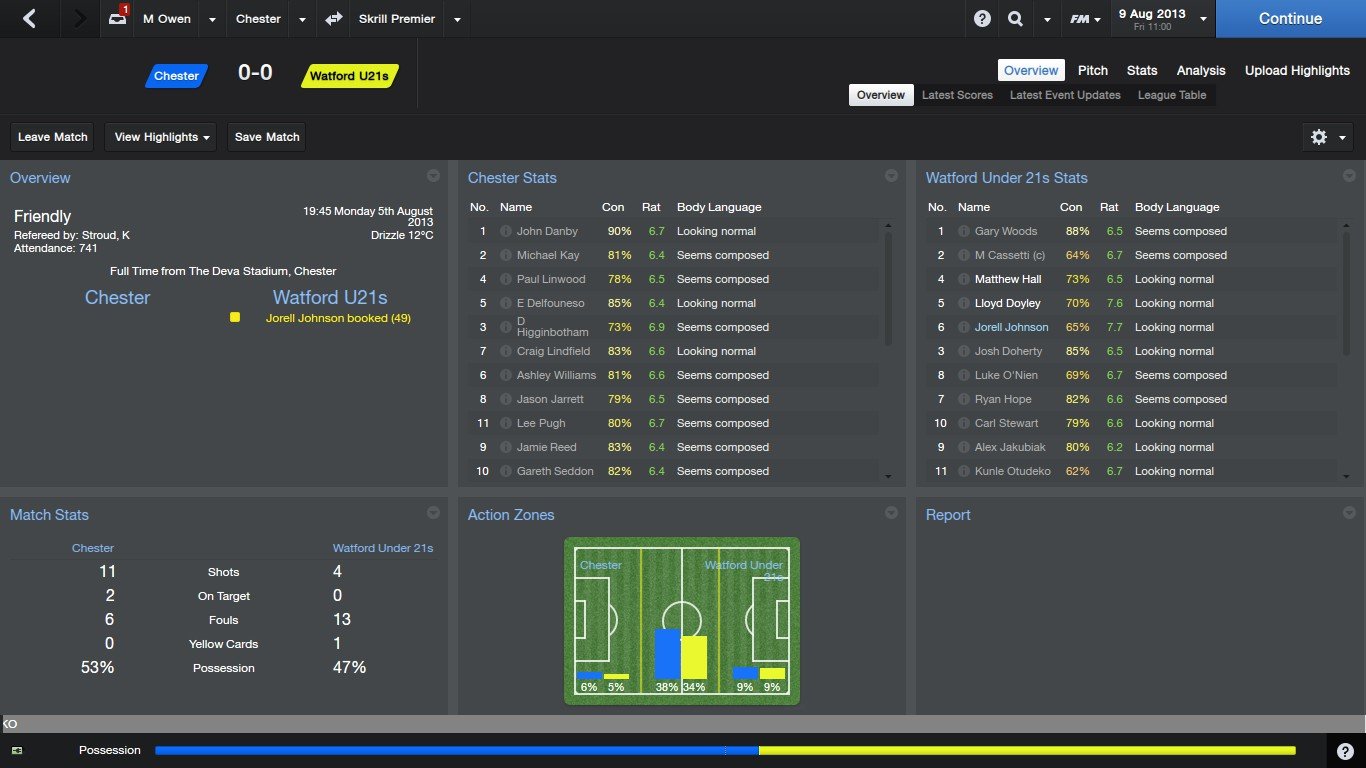 Well, that's the end of pre-season and results wise it was a pretty appalling one for us. To be honest we created enough chances to score but we panicked at the pivotal moment when we should have kept a cool head. Like I said before results in friendlies don't matter and are only for getting for getting fitness levels up which was achieved. We will be ready for the season opener against Cambridge United and I hope we can have a brilliant season. Up The BLUES!!!!
Login to Quote

MJK46
6 years
At least they were only friendlies. Maybe the results will be a teaching tool for the season. Good luck.
Login to Quote

Zap
6 years
Nice updates, tough luck on Pre-Season but at the end of the day if you get off to a good start in the league that really doesn't matter

NVDTahir
6 years
Only friendlies pal, but I love the fact you've chosen Michael Owen for the manager, hopefully you will do well in the league! Congrats on the 500 views, and awesome kits

Radders2109
6 years
BayernAmerica - Thanks! I just hope the players can put the results behind them

Radders2109
6 years
ZapdosTheGreat - Haha Yeah I guess so, I think we will be OK this season :p
Login to Quote

Aaron
6 years
Not the greatest pre-season for you mate, but keep the head up and you'll have back to back wins in the league, I can see it;) good luck!
Login to Quote