Paris St Germain Vs AS Monaco Sir Bobby Charlton's first ever giant game and he comes out on top in a sparkling 3-2 victory.

The AS Monaco Manager man of the moment can be very proud of his team today as they beat World Known Paris St Germain in a brilliant game.

Charlton now hasn't lost a game in 4, the board are happy and it seems the boys are jelling well, it takes time to build an amazing team and Charlton has time and the fans hope he has alot more wins where that came from.

James Rodríguez On form for Monaco, after putting in a top performance against PSG, Charlton has praised the young lad saying he has enough about himself to do it again, Bobby claims he can be the next Ryan Giggs.

Ryan Giggs who is which a Manchester United Legend was brought up through the ranks and has been a one club man ever since, playing an amazing 670 and scoring 114 times.

54' Min : GOAL! PSG, Zlatan rises well from a beautiful cross from Cabaye and headers the ball down the middle of the goal.

63' Min : GOAL! MONACO, Alex Put it in his own net from a James Rodríguez Corner.

I will be updating every 10 matches from now on still with the odd story about the team and transfer story. I will be showing the Finances and current table and fixtures. 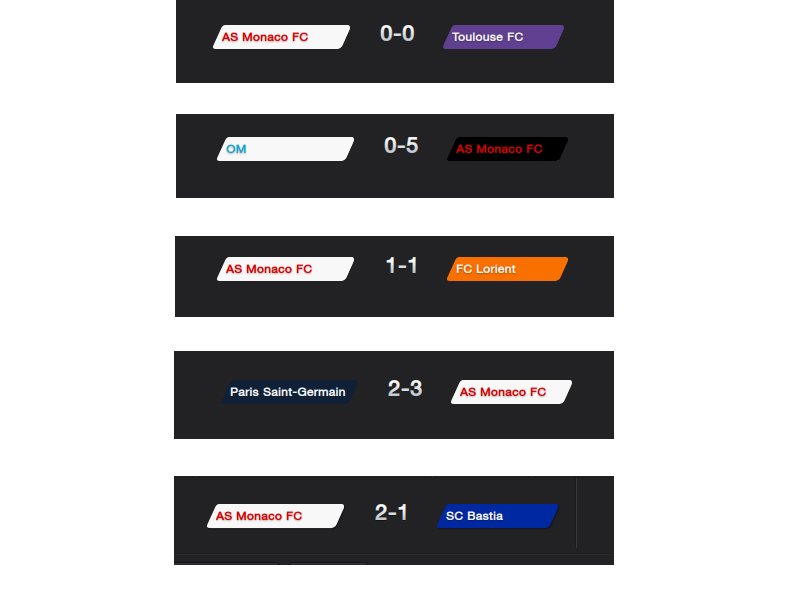 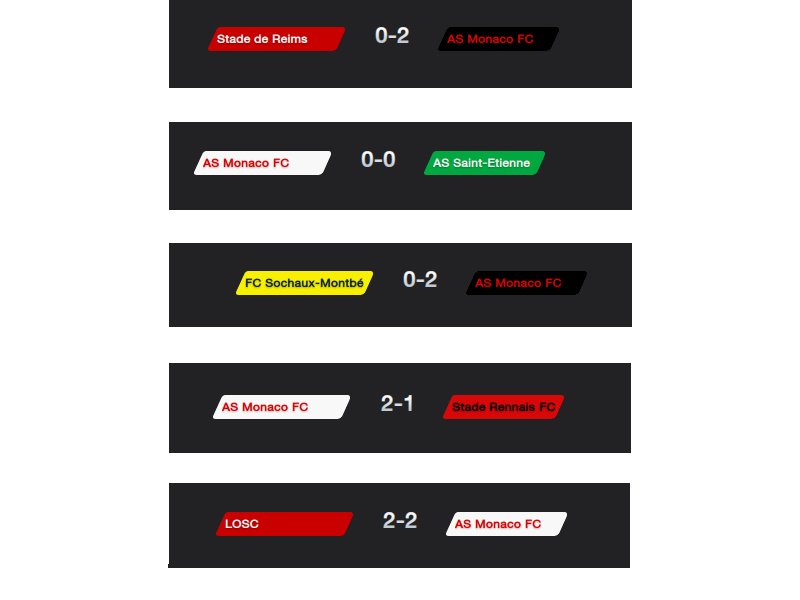 10 Game unbeaten run by Bobby has proven to the board he is the right man for the job, he still hasn't figured out his best starting eleven but his team are still preforming up to scratch.

Main man James Rodríguez and Columbian star has had an amazing start to this years campaign scoring 3 and assisting twice to gain himself two MOTM awards, it is said he is missing close friend and also Columbian star Radamel Falcao who is still out for a further 8 months.

The new signing's are starting to settle in well now after losing two games in a row at the opening of the season, AS Monaco are currently sitting in 7th with a game in hand over first which could push them up to 3rd if results go their way. 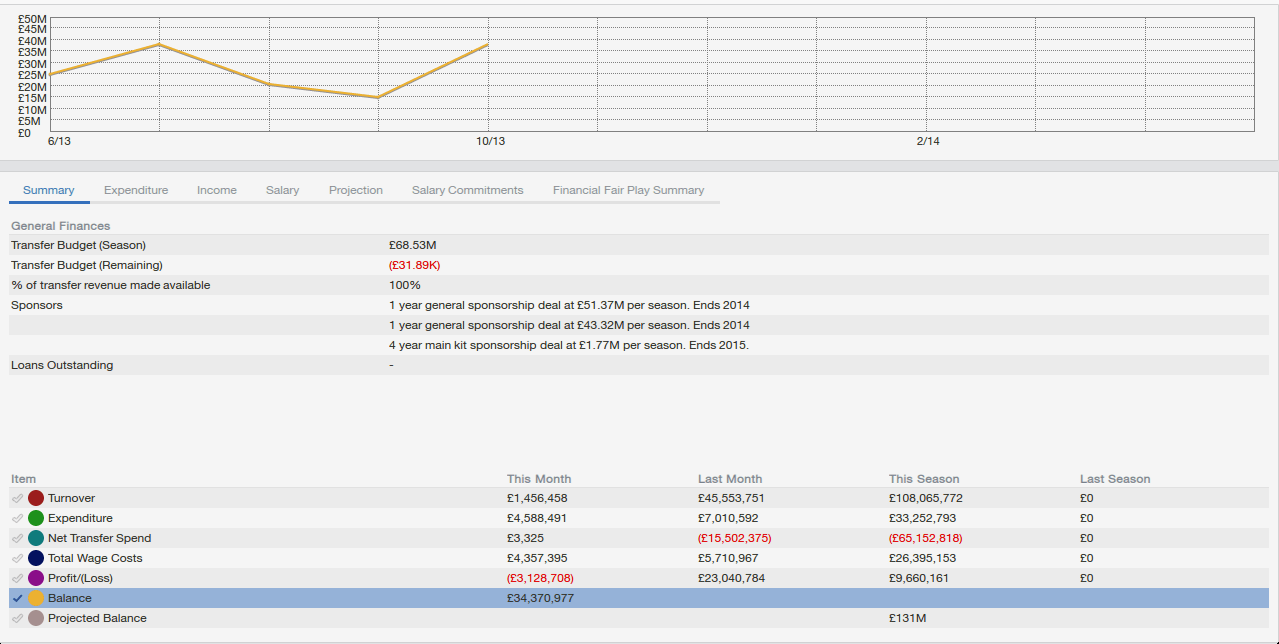 Overall Im happy about the way we're moving and hopefully we can qualify for something in Europe if that can be Champions League or Europa League ill be happy and it'll be something new for the lads to experience.

A : It was a hard result to take! thank you 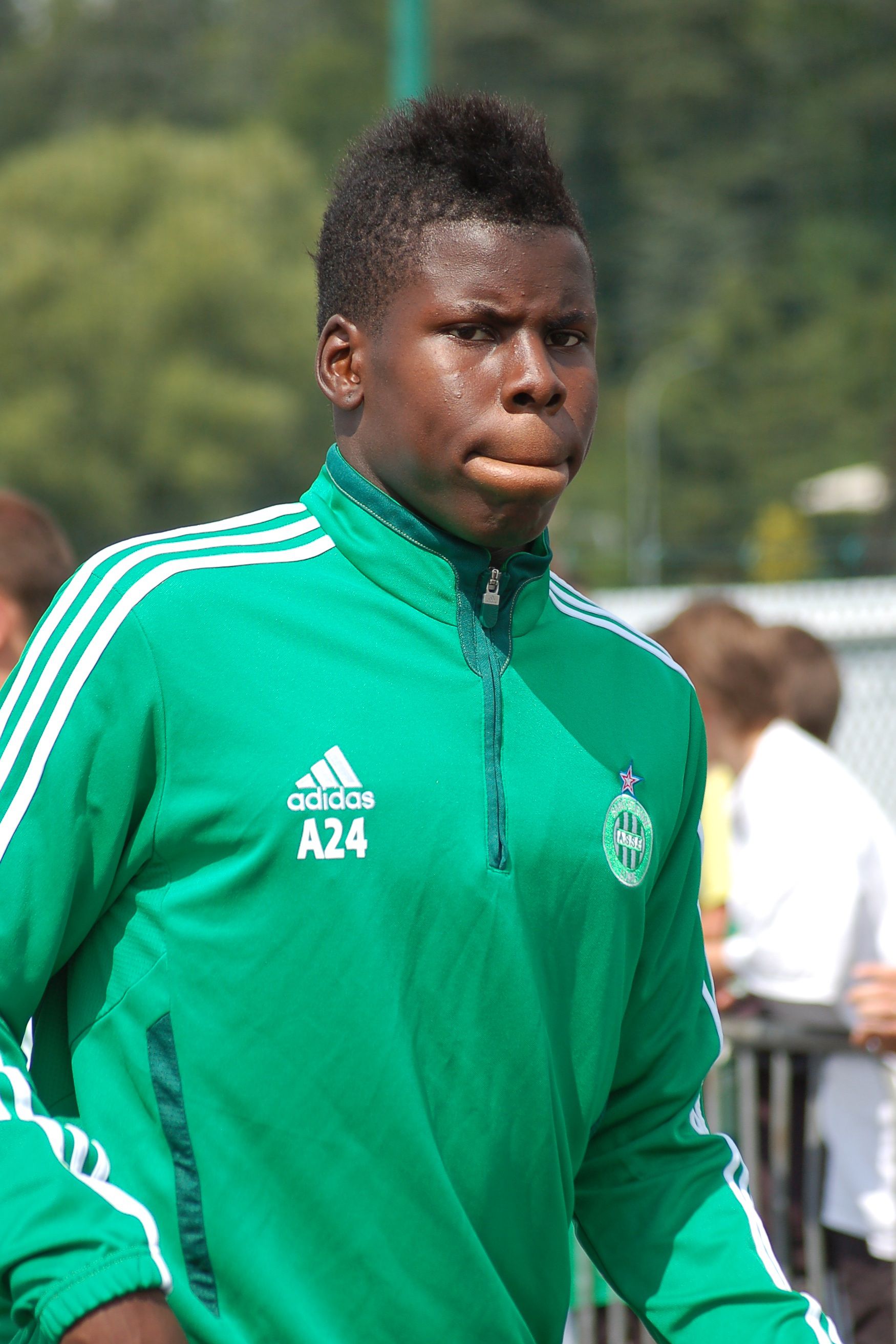 It has been announced AS Monaco are chasing Saint-Étienne wonder-kid Kurt Zouma.
They have bid in the region of 15Million pounds for the younger and it is apparent that they are signing him to replace Veterans Éric Abidal and Ricardo Carvalho.
If the french club could pull off the big money signing they would have a rock solid defence in the future with Brazilian Doria already there, Doria being a main vocal point for the Monaco defence and has kept 7 clean sheets.

A : Thanks alot, PSG was a hard result for us haha, Team Cohesion is getting higher!


AS Monaco board have offered Charlton a contract that keeps him at the club until 2017 and earning 23,000 a week. The reasoning to this is he only had 5 months left at the club and he was on form winning 12 more and drawing twice and also losing twice the old gun is in staggering form!

Note : its says 26 years old because he is currently 76 and i was not able to put the specific age, sorry


I understand Monaco has signed a deal with UnderArmour and it will be worth 15M per annum.
The club is still very wealthy and this can only help the club become richer than they already are. Monaco Sign 19 year old wonderkid, Kurt who plays centre of defence can bring all qualities to the table for top of the league french club AS Monaco, the cost of the transfer were 15.25M it is a steal for such a young talent who can only blossom in years to come he is a guaranteed to become a star. He has currently kept 4 clean sheets for Ex club Saint-Étienne and got 2 MOTM awards, making 5 apps for the U21 French national and scoring twice he brings something new to the team, full on confidence i have no reason why Kurt cannot get into the starting lineup right away.

Q : jasonvilla4ever : you are doing good and i would take Kurt Zouma

A : Thanks, It has been done

The team have done amazingly well, conceding 7 goals in the 10 games and scoring 16 times, everyone is playing well and the team are starting to Gel and putting in all round good performances. Charlton has done very well keeping the team afloat after a shaky start to the season, his first two games in charge were losses and the fans and board were starting to think they made the wrong chance but evidentiality not, Charlton has been splashing the cash left right and centre he is not shy when it comes to the transfer market and it seems bobby is a fan of bringing up the youth and creating superstars. The teams age average is 23 at such a young squad he has got them preforming maturely and it shows.

Monaco have scored the 3rd most amount of goals in the league scoring 43 goals and conceding the least out of anyone which is 18 goals in 29 games. 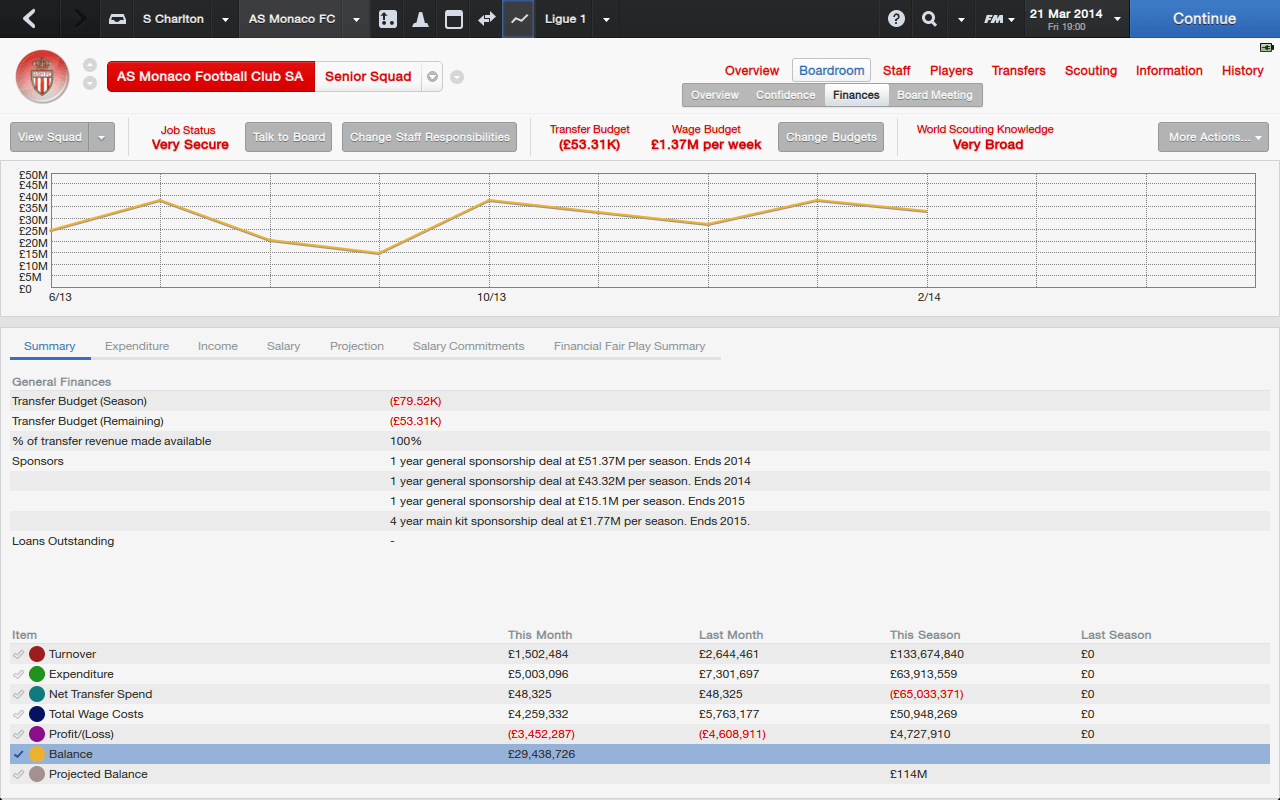 It seems the club are in for a shed load of cash at the end of the season but im a newbie when it comes to understanding what it good and bad out of the finances so i cannot comment much on the behalf of it. 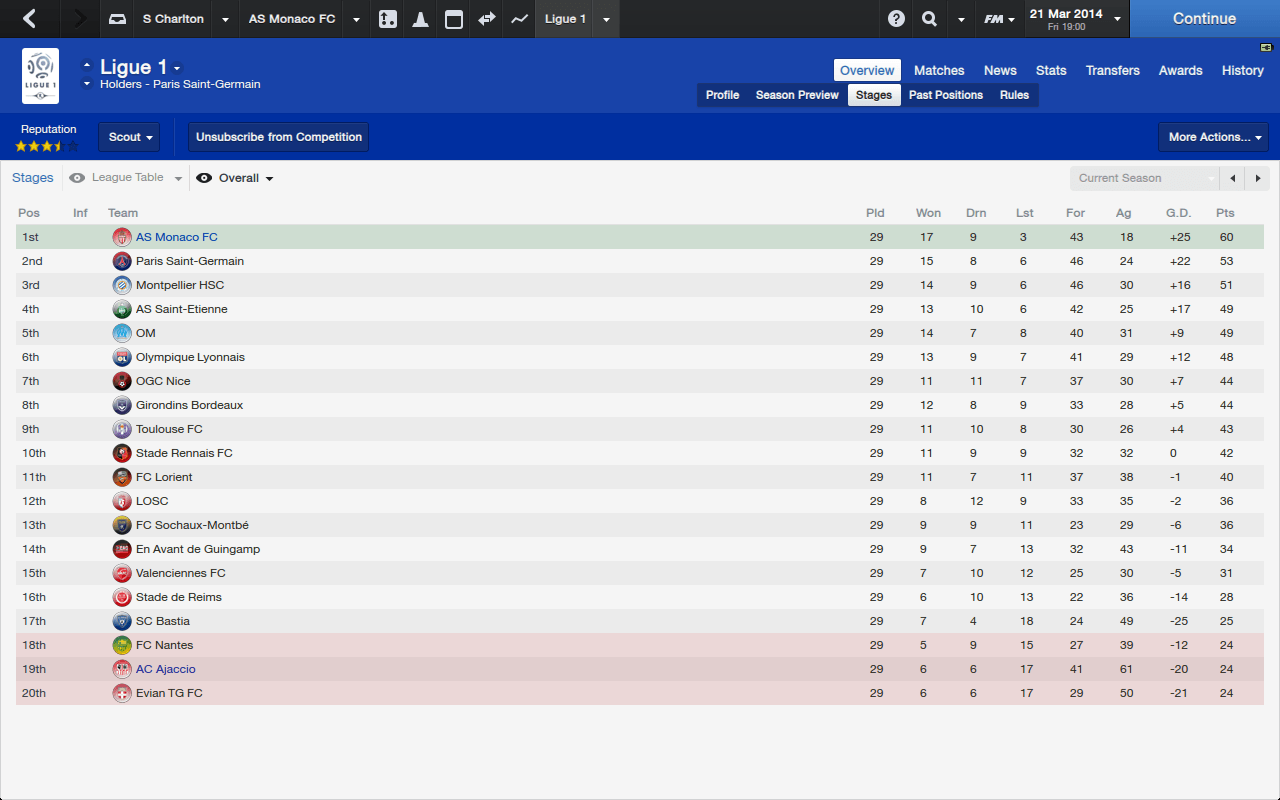 AS Monaco, We are currently sitting in 1st, 7 points infront of second (Paris St Germain) it seems we certainly favourites to win it and Im confident they will win it without a doubt. They make it look easy, Paris St Germain have not been much of a threat for Monaco but im sure they will strengthen and come back better than ever.

Sir Bobby Charlton has said he wants to be at the club forever and promises the fans he will never leave no matter what happens, he will continue to make Monaco a great force in years to come.
Login to Quote

Lucas Ocampos On His Way ? 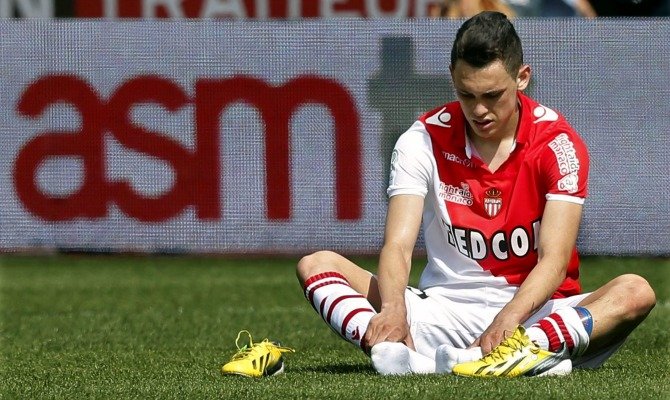 With interest from chelsea can AS Monaco keep hold of 19 year old winger Lucas Ocampos ?

Chelsea have been monitoring Lucas for some time now and are set to make a hugh money bid in order to get the youngster signature.

But Monaco have told the press they certainly don't want to sell at any price and have said they will reject up to 40M to keep the Winger.

Also Chelsea will have to decide between Lucas or Di Maria as one would only move to be in the starting lineup both who play regular football would not consider sitting on the bench for 45 odd minutes to get game time.

Lucas Ocampos has been developing into a very talent young man over this season he is averaging performances of 7.20 which is outstanding for such a young inexperienced player such as himself.

Di Maria has had an average season so far averaging 6.90, but with real madrid sitting in 1st i highly doubt Di Maria will even remotely consider the deal and i assume the deal will not go through at all.
Login to Quote


I have alot of school work to do then i have GCSE's to do as im in my last year of school.
so i will not be updating very often but i will try my best to get an update out but im carrying on the save still and i will post whenever i have time, thanks for understanding if you do 
AS Monaco have been crowned Champions of France after their dominance in the league.
The board and fans have praised Sir Bobby Charlton and both are in love with the new man, only spending one season at the club and is thought to already be a legend.

Bobby Charlton said he is over the moon with his recent success but could be on his way as he wants to keep travelling and winning more and more unique trophy's around the world.
Fans made it clear it would be devastating if Charlton were to leave, The fans have fallen inlove with his passion and love for the club but they would understand his decision to leave if he does so.


Players such as Doria and Zouma have made a name for themselves over the long season averaging 7.7 performances all season long, Zouma having just joined in the winter has made for a rock at the back, he has been a general leader and a very good peer for the youngsters as hes been tutoring at such a young age.


Quick note : im very busy and will be updating once a week around that and ill be going over the results in the next update

You are reading "AS Monaco ~ Ambitieux".