Prospective Bayern Munich boss Pep Guardiola has today stated that 'he needs more time away' so he will not be taking the reigns at Bayern in the coming season. Bayern president Uli Hoeneß has admitted he is very angry at the former Spanish international as he has wasted time as Bayern could be looking for a new manager by now.

Following the statement from Guardiola, SkyBet have released odds on who could be the new Bayern Munich manager, with former players Oliver Kahn and Lothar Matthäus being thrown in amongst the names. If rumours are to be believed, Former manager Jupp Heynckes could come out of recent retirement to take over for an extra season.

This confusion will come as good news to title rivals and European rivals such as Borussia Dortmund, Barcelona and Real Madrid who will be looking to take away Bayern's titles. 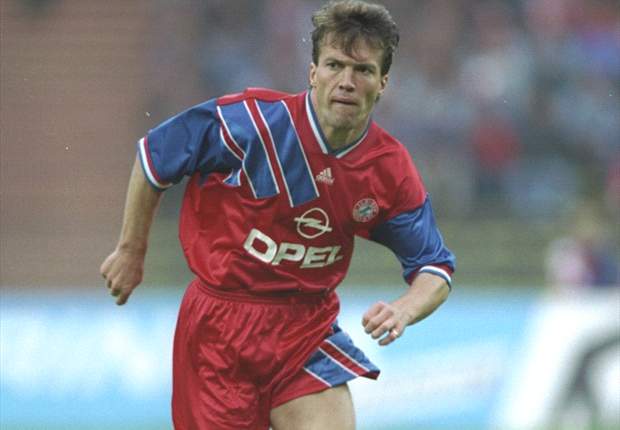 Adrian18Ro
6 years
Let's see who will the next boss be.
Login to Quote


Legendary Bayern Munich goalkeeper Oliver Kahn has been appointed as Bayern's new manager for the 2013-14 season.

"Kahn has the charisma that will bring fear to all opponents. He will make his team angry, in a good way. A way which will give them more determination than ever before. He knows how honourable it feels to play for this team and that will pass onto the players. He has a good eye for players, when he sees a player he wants, he'll get him. That's how we will run the club because we trust Oliver with our club's finances. He loves us too much to be risky with signings" said FC Bayern president Uli Hoeneß.

"It's so great to be back here as manager of this wonderful team. I will be looking to sign the best players for the best prices. You know, I've already agreed a contract with a player, I'm not afraid to say his name as he will be honoured to play for this great team. It's Marco Reus. All the contract has been sorted and Dortmund can do nothing about it because it's a clause in his contract that has allowed us to sign him for such a cheap fee. The transfer will go through soon" Said the former Bayern Munich player.

Rumours have it that Kahn will have a €125M transfer budget at his disposal to get himself the best players in the world. 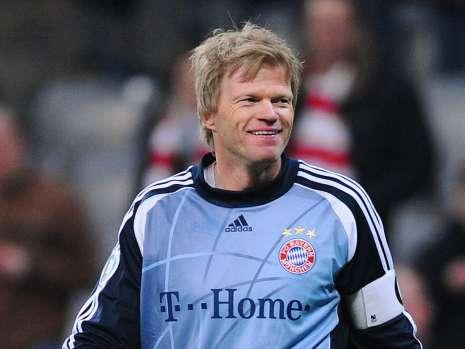 I'm delighted to have brought in so many great players to my club, I am particularly glad to have taken two of Dortmund's best players off of them as they are our sole title contenders in reality, but just in case, we have bought Schalke's best two players as well. Also thanks to our brilliant scouts here, we have brought in a previously unknown talent from Estudiantes in Argentina. So I bring to you, the signings and sales so far this season. 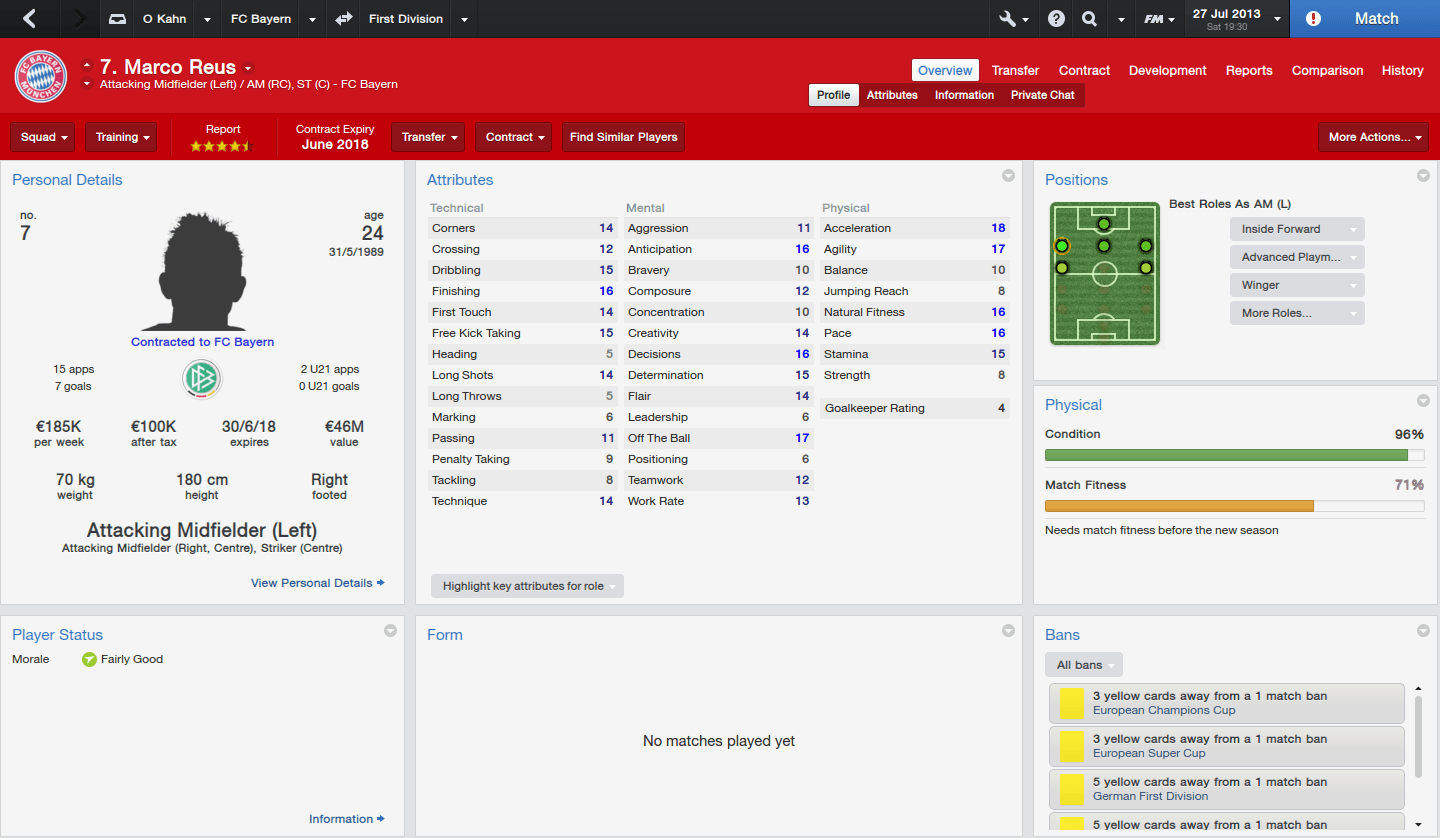 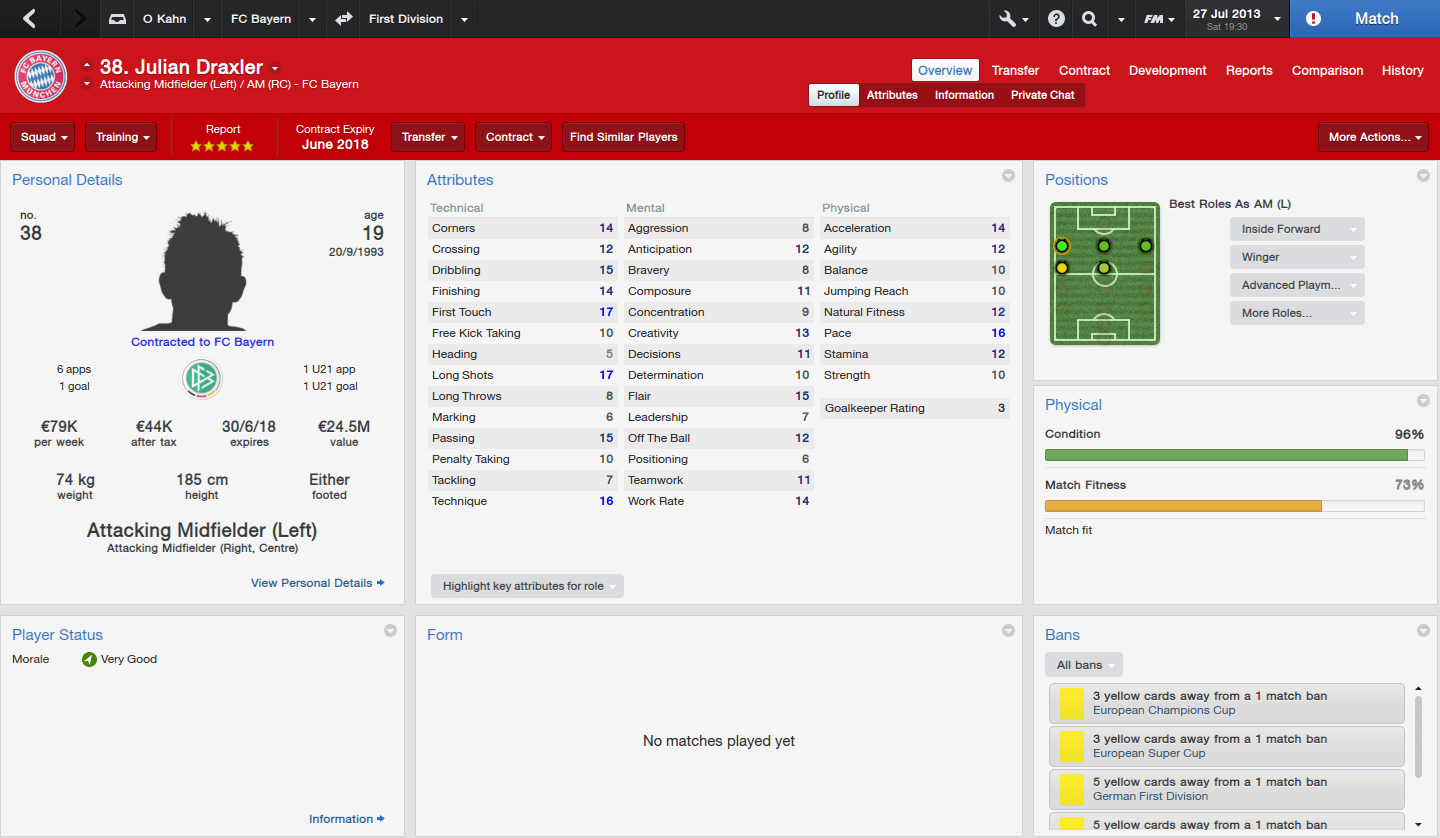 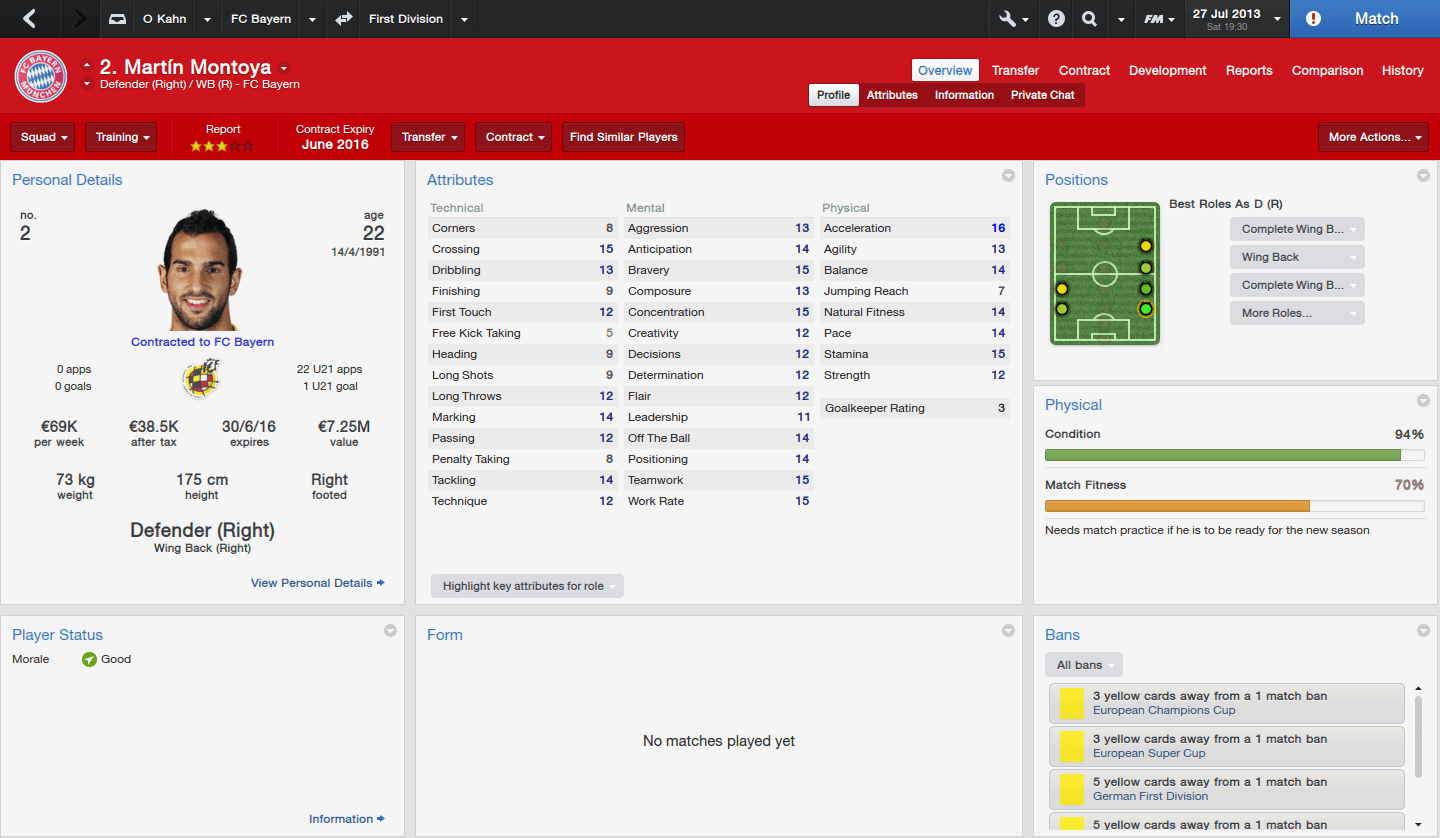 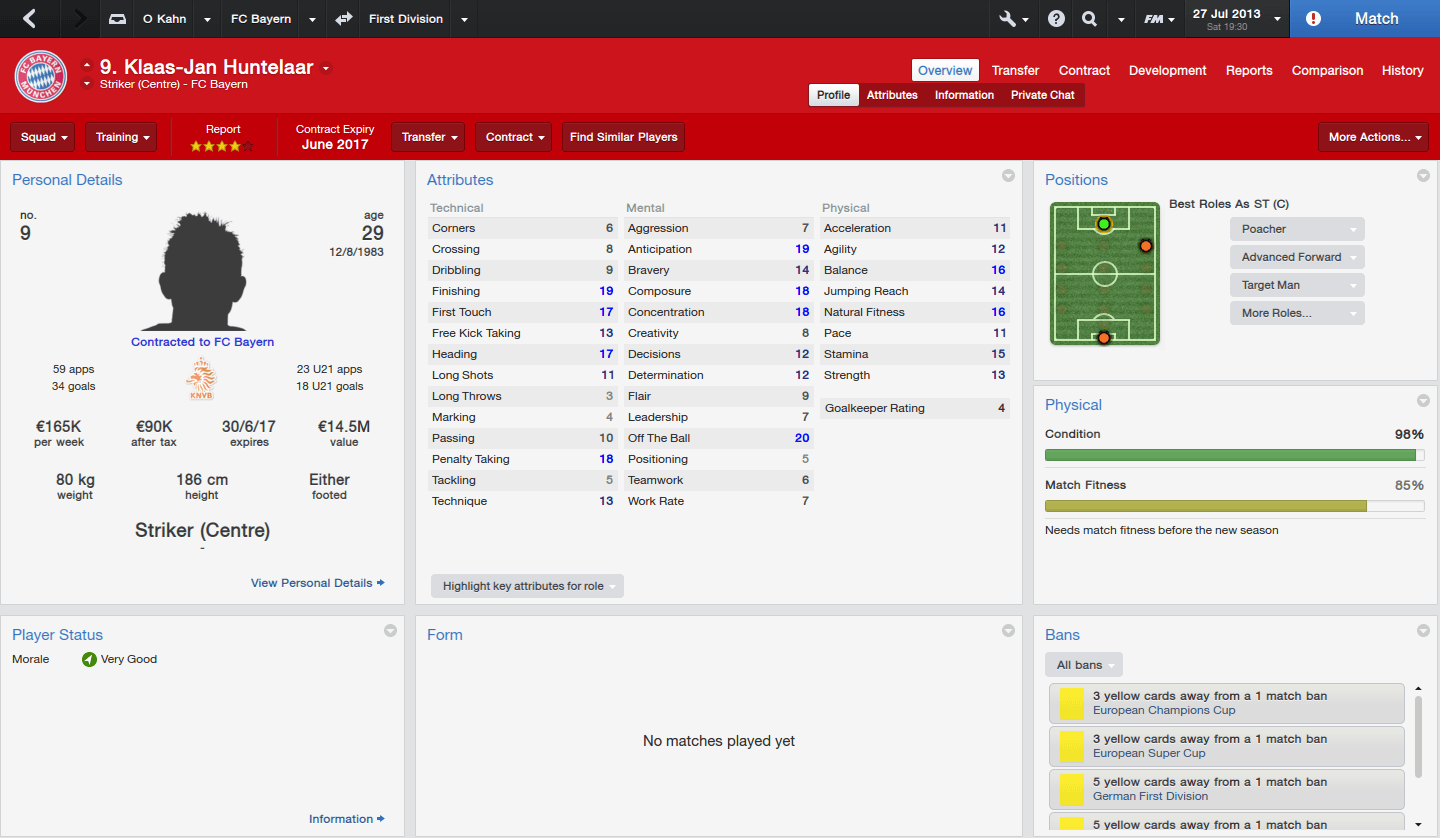 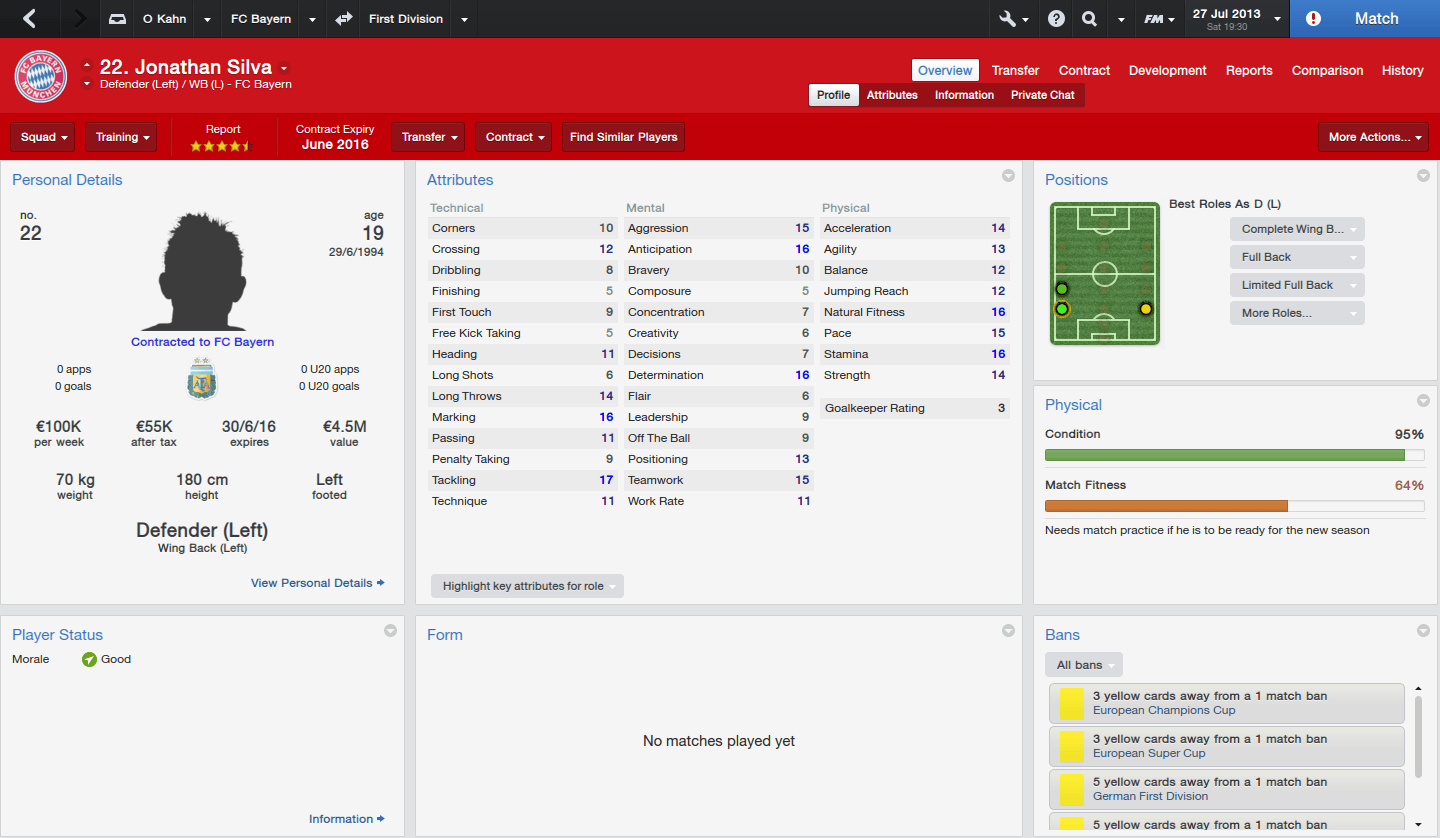 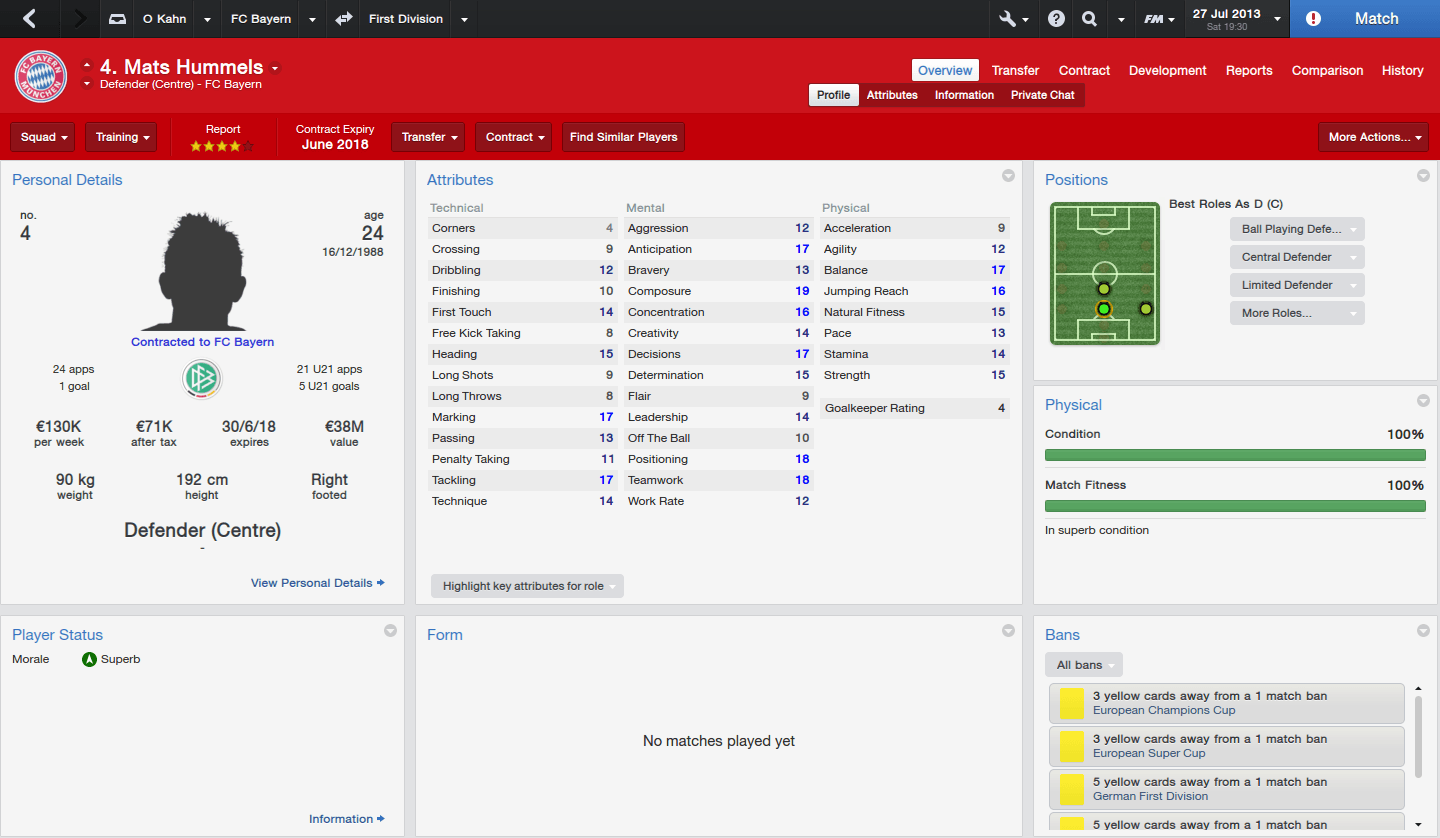 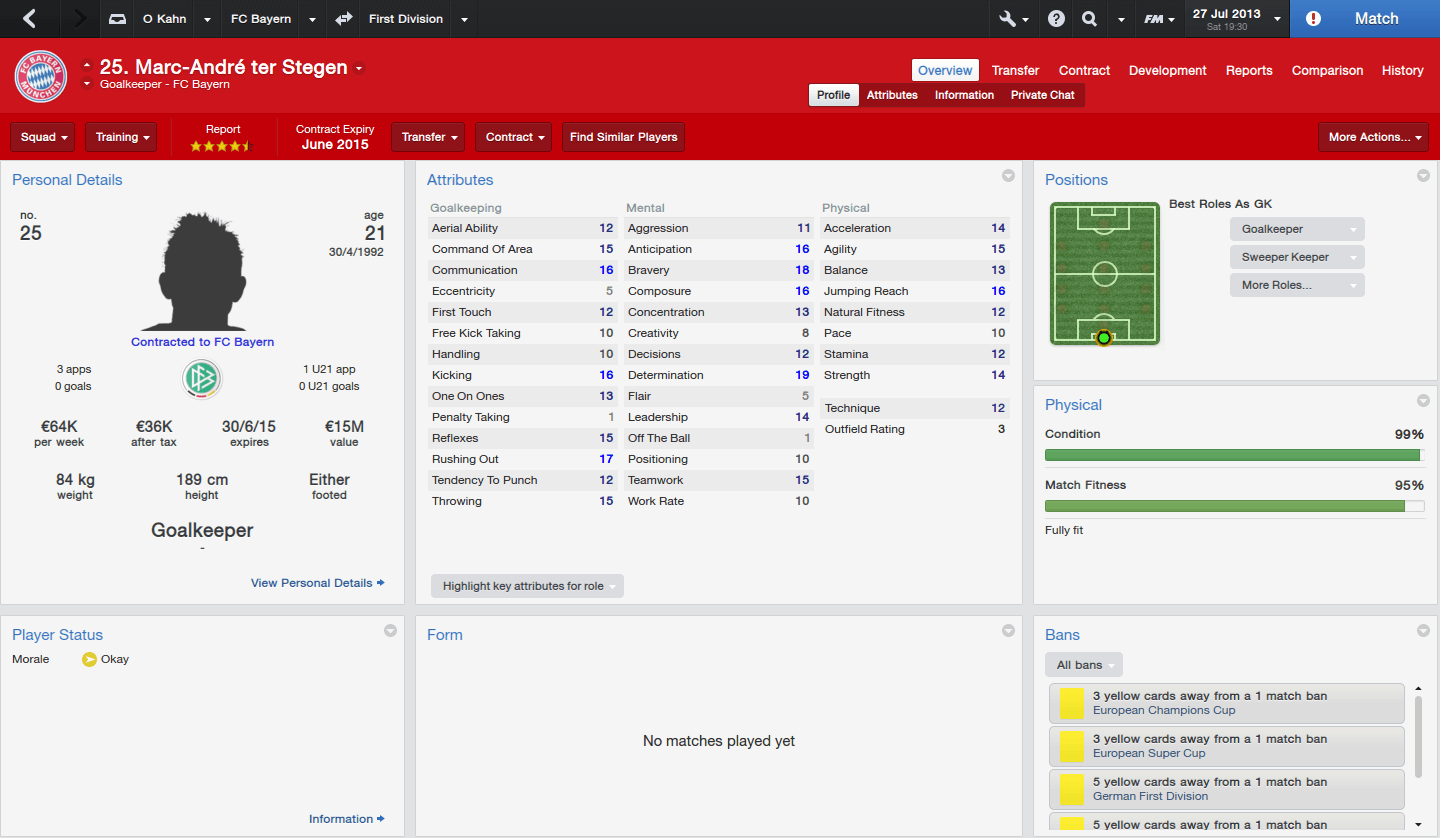 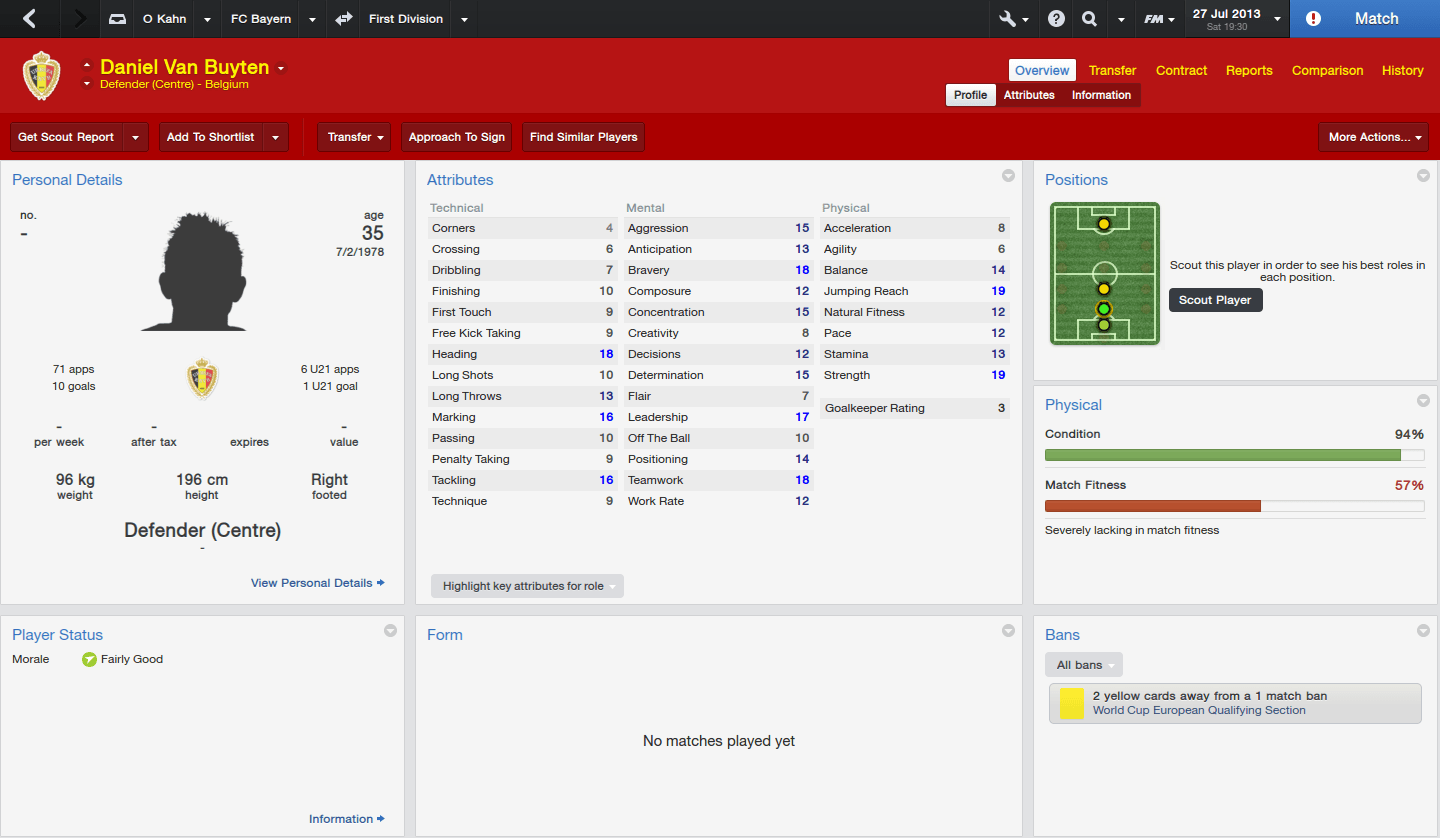 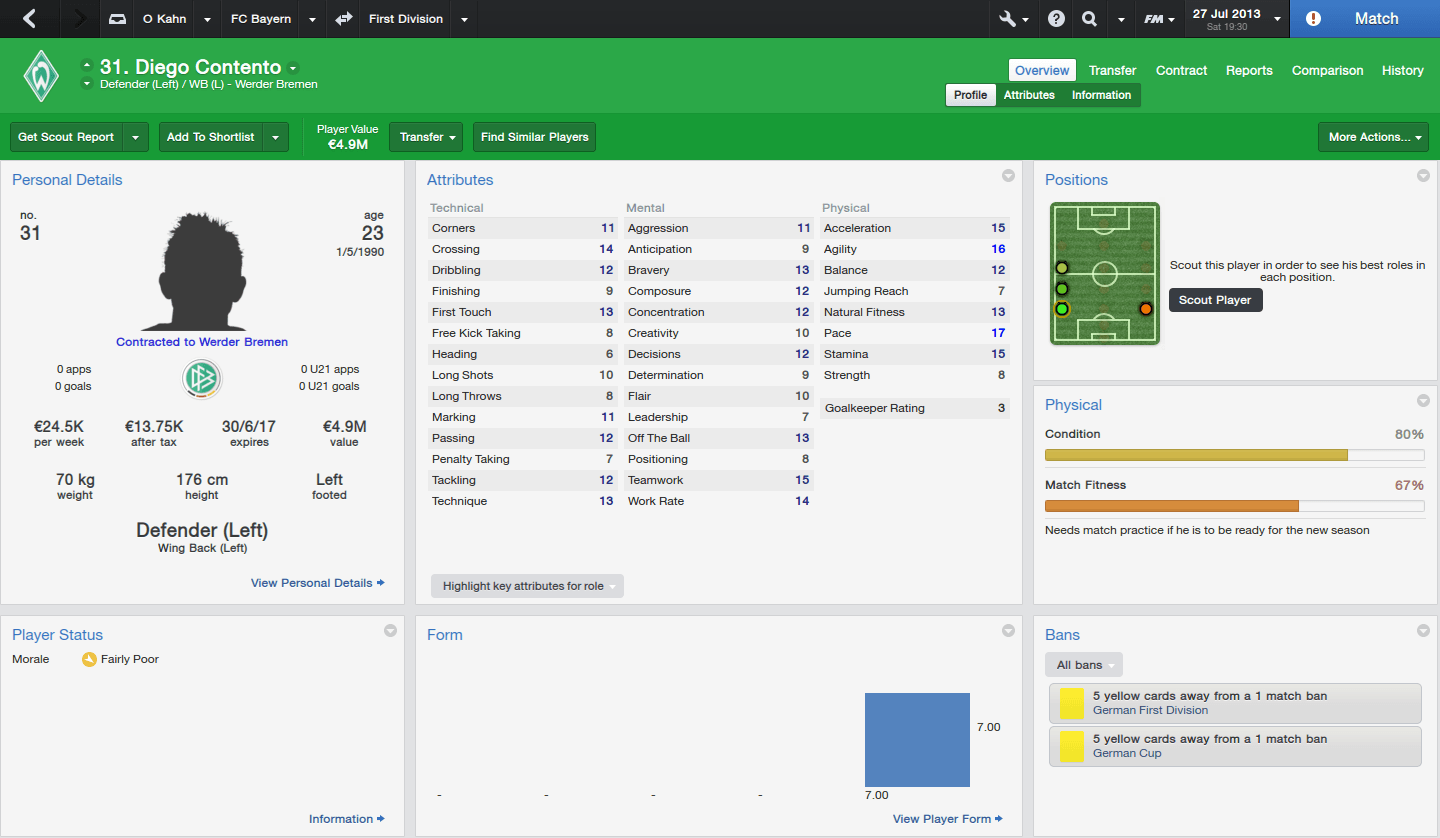 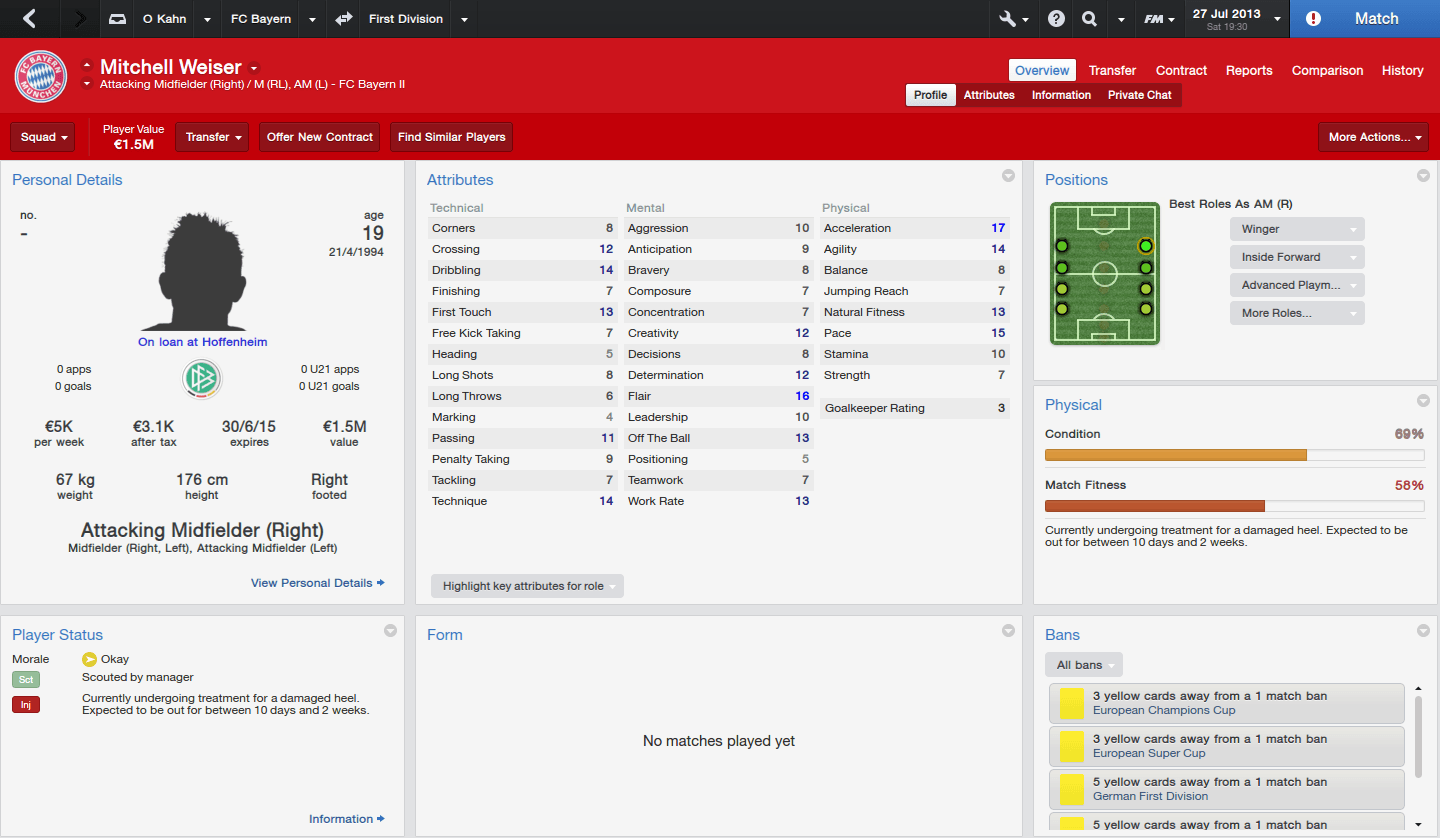 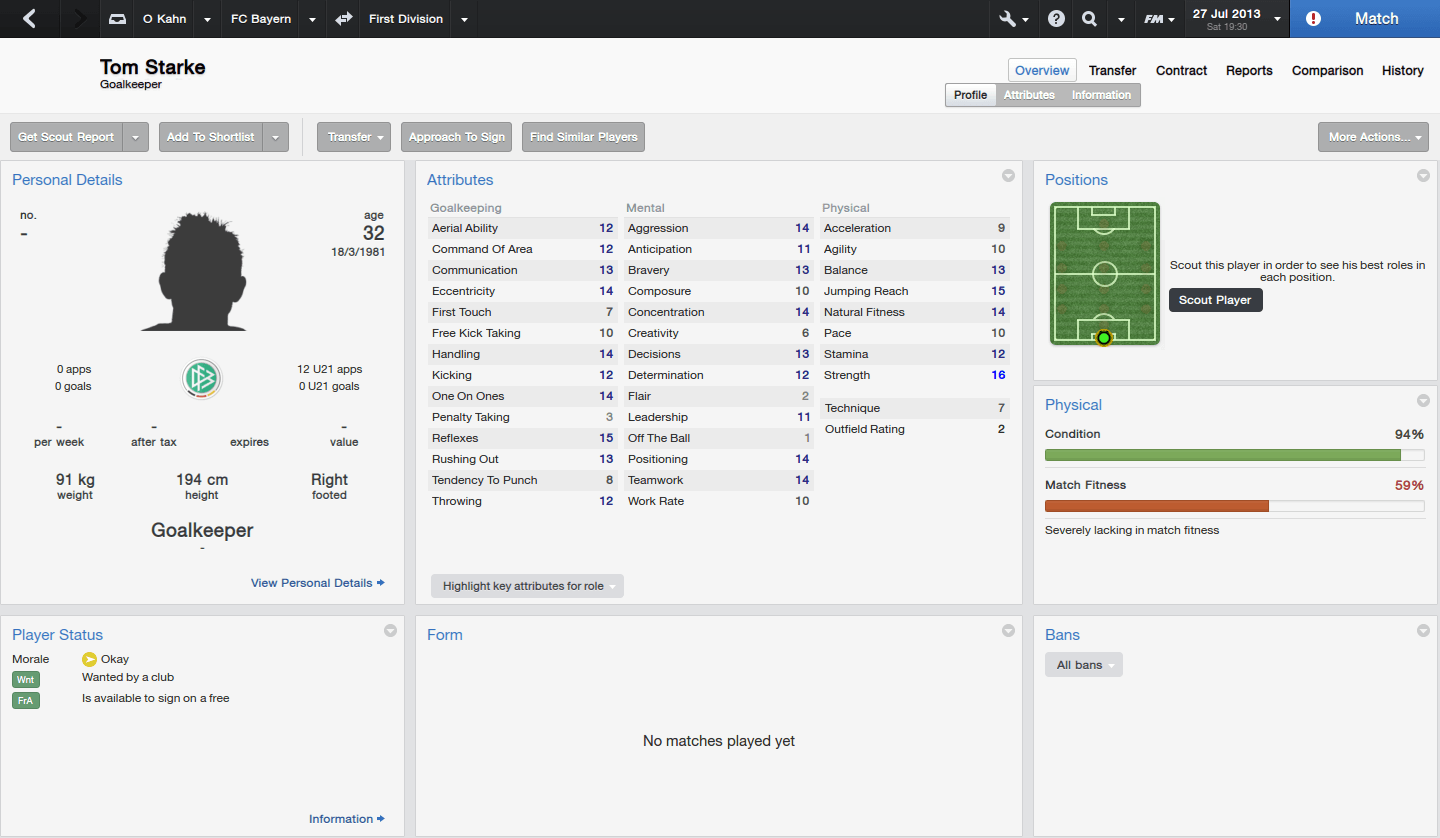 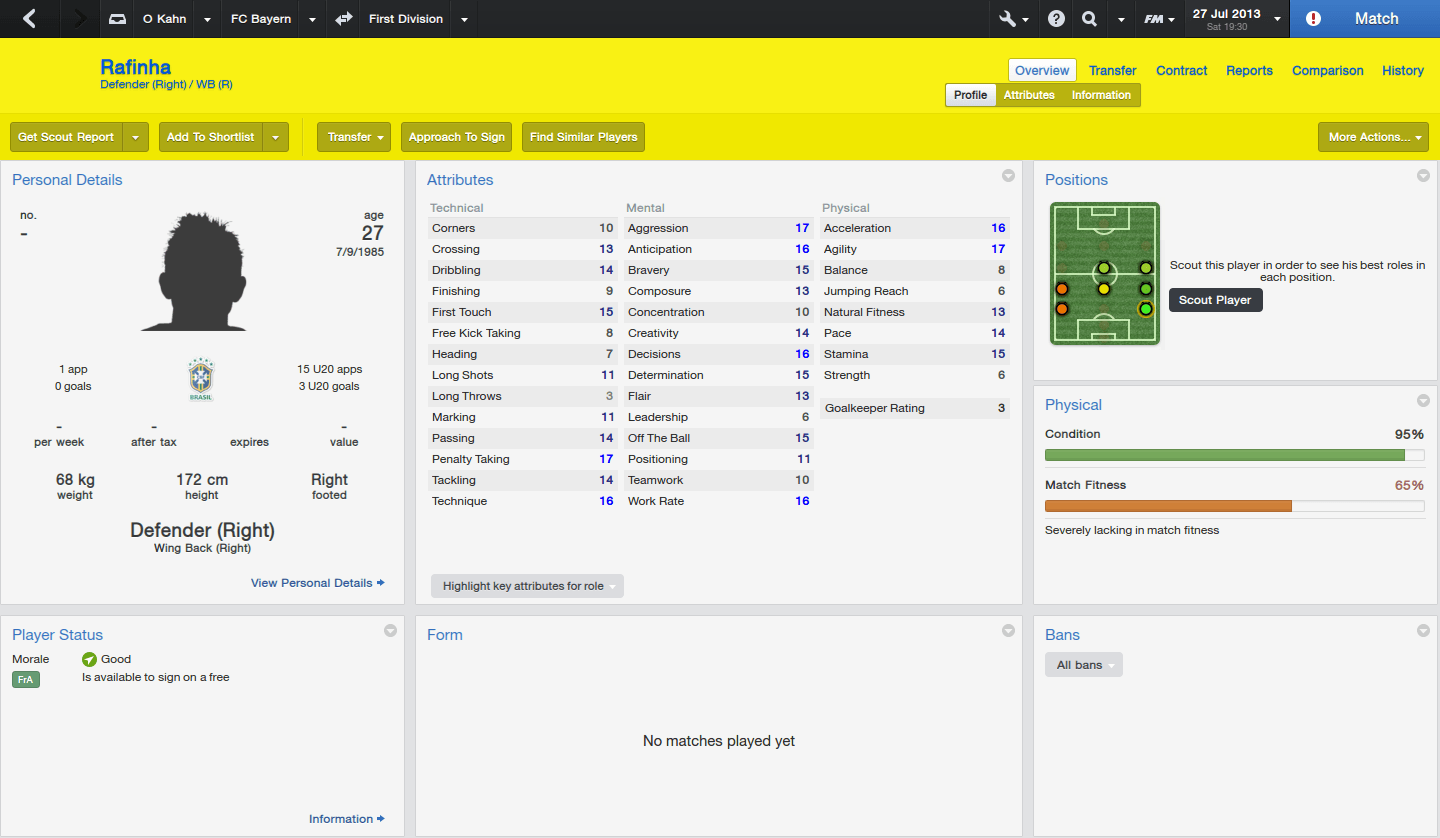 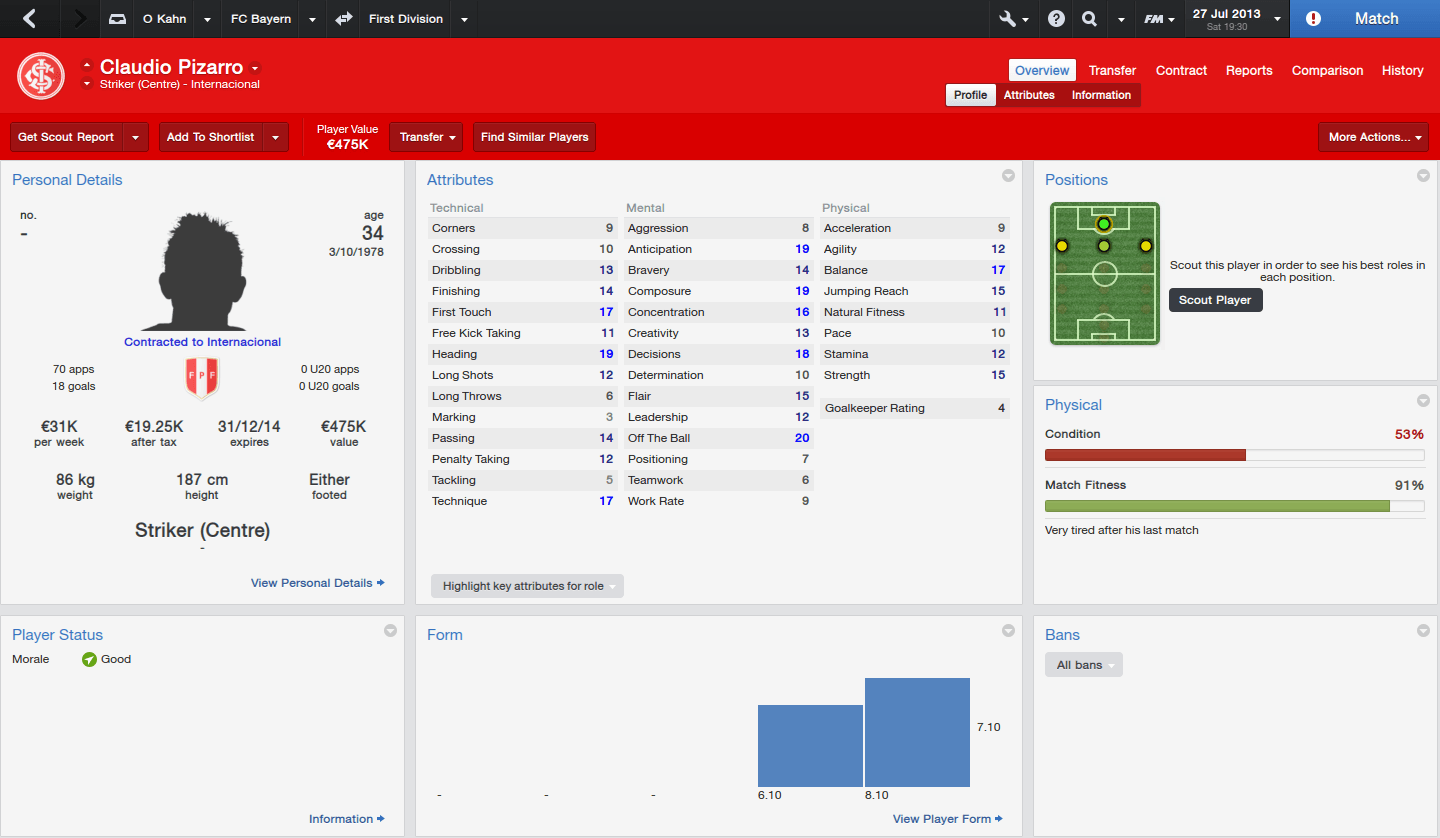 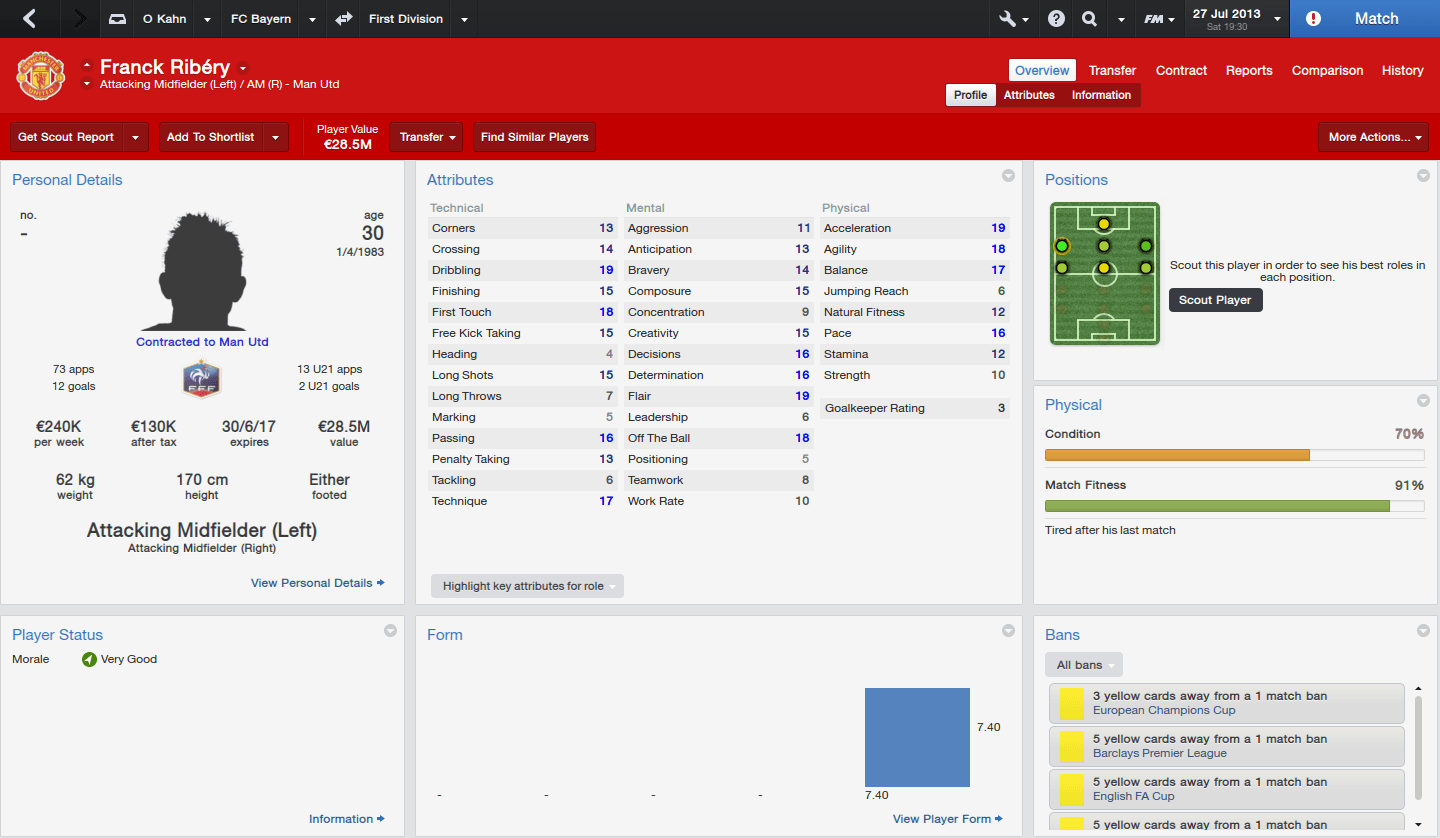 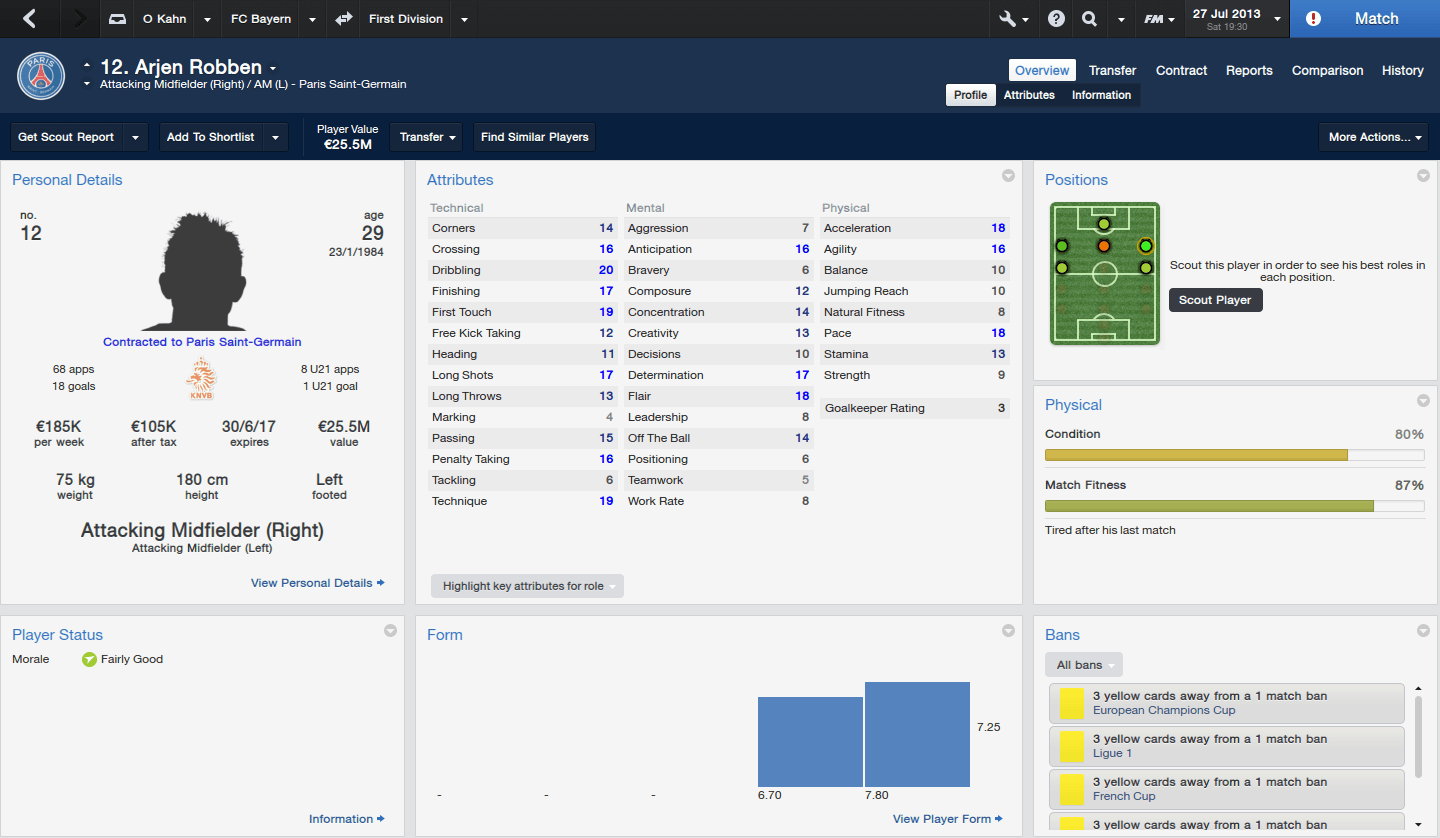 Neal
6 years
Selling Ribery and Robben is crazy but the likes of Rues, Draxler, Huntelaar, ter Stegen, and Hummels are just...wow. Bayern now has almost all of the best players in the league!
Login to Quote

Toon
6 years
Very interesting Signings/Sellings. Will certainly be different to what is actually going on at Bayern.
Login to Quote

Toon: Thanks, trying to be as different as I can with this

Jamesg237
6 years
That is some very interesting business! I do think letting Ribery and Robben go is definitely a mistake but only time will tell. Good luck for the upcoming season.
Login to Quote


Bayern Munich striker Mario Mandzukic has caused a stir at the Säbener Strasse training ground as he hit new striker Klaas-Jan Huntelaar and new manager Oliver Kahn. Bayern legend Oliver Kahn has not denied the claims and has told the press that he may be the next player out of the door in what seems to be an expensive transfer window for Bayern Munich.

"I'm not going to deny anything. He did hit me and Klaas and hasn't apologised yet. It's total disrespect to me, the players and the club. He has been placed on the transfer list and is free to leave" Said manager Kahn.

"I don't like to have digs at people but what Mario did today was common assault. I don't why he did it, maybe because I'm a new striker and I may be more important to the manager than he is but he's made me feel very unwelcome. I've only been here a week or so" Said the victim Klaas-Jan Huntelaar.

The reasoning behind the whole thing may be that Mandzukic feels replaced by Huntelaar but has definitely made matters worse for himself here.

Mandzukic has been rumoured to leave for around €15M with a host of top European clubs after the Croatian. 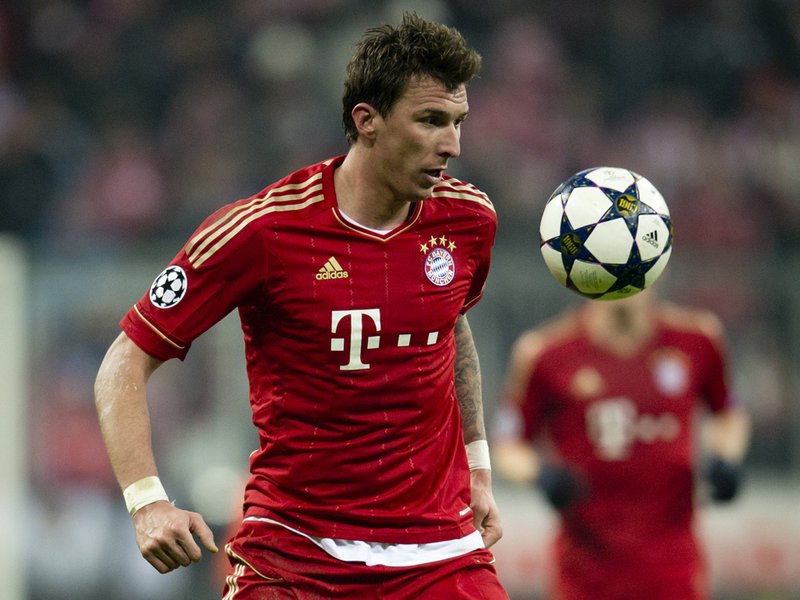 patrick1
6 years
Wow those signings but what about Neuer? Will he be your first choice or will there be a rotation? Bayern are going to win the league easily

Gündoğan has been a pivotal part in Dortmund's rise to the top after signing for €4M from Nuremberg back in the 2011-12 season.

Bayern have a good relationship with Dortmund in that Dortmund let Bayern take all their best players for reasonable prices. Robert Lewandowski of Dortmund is joining for free at the end of this season for free.

"Yes, we are looking at our options and İlkay Gündoğan is definitely one of them. We have a fairly young squad and Gündoğan can add to that. I've been watching the Bundesliga for years now. Ever since I retired actually and Dortmund hadn't won a trophy since 2002 and then Gündoğan came in from Nurnberg and set the league alight which led to Dortmund winning the league for the first time since 2002 and İlkay Gündoğan played a pivotal part in that and he is still very raw at the young age of 22" Said Oliver Kahn.

Kahn has refused to comment on whether Mandzukic will play any part in this deal as numerous football news websites claim that he is.

No Dortmund representatives are willing to talk about the ongoing discussions with Bayern over İlkay Gündoğan.

Jack
6 years
James: If I'd of kept Ribery and Robben their price would of gone down, I though I'd cash in before its too late but at least we've replaced them with suitable players who are a lot younger.

Patrick: I'm thinking of playing Neuer in the Bundesliga and ter Stegen in the German Cup/Champions League then maybe look at the possibility of cashing in on Neuer.
Login to Quote

Roma striker Mattia Destro joins for €12.75M and İlkay Gündoğan for €15M plus striker Mario Mandzukic going the other way.

Mandzukic spoke to the press for the first time since his training ground bust-up with Huntelaar after his move to Borussia Dortmund saying "It was an evil atmosphere there. It was actually unbearable at times, I was afraid of the manager because everytime you make a mistake he has to pounce on it and make it ten times worse. I hope the best for Bayern in the future but not for Kahn"

But on a lighter note the two new signings spoke to the press today with Gündoğan saying "I'm delighted to be at the biggest club in Europe, I'd like to say thanks to Dortmund for developing me as a player so that clubs like Bayern could take interest in me. I've had a lot of great times there, met some great people but I wanted to move on and Bayern's offer was too good"

And Destro saying "I'm in absolute shock that I'm at the biggest side in European football. As a kid, playing on the streets of Ascoli I never thought I'd be standing here today as Bayern Munich's number 16. Never, and I'd like to thank Oliver Kahn for giving me this chance and Roma for allowing me to move and for improving me as a player. The support so far has been astounding and I'm sure İlkay would agree and we haven't even played a match yet!" 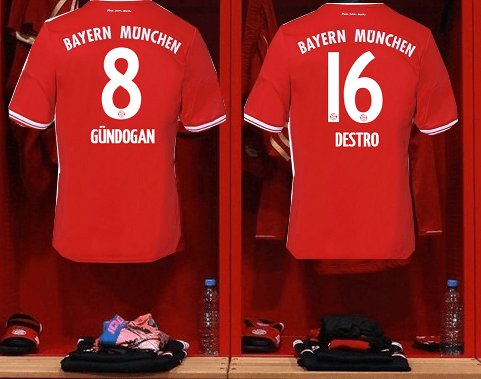 Louis O.
6 years
Why get rid of: Ribery, Robben, Starke, Rafinha, Contento, Pizarro, & Mandzukic? You could at least get some more money for them...

Also, why just weaken the other teams, gives you no competition and you'll probably poach Lewandowski next too

Kostas Trikala
6 years
bro how much money you have at the beging for transfers?
Login to Quote

You are reading "Bayern München: The German Titans".