"We are considered the big favourites of this group but we must be careful! All of our three rivals are very unconfortable tems!" declared Sevilla FC's boss Unai Emery.

"I will do anything i can to qualify. That's a group to finish first or last. I can't predict anything so i have to prepare my team to play their best football." declared Real Sociedad's head coach Martín Lasarte.

"Though group at all. We have to work a lot for an eventually qualify. I'm delighted to play with Betis in an European Cup!" declared Betis's coach Pepe Mel.

"Everyone is expecting us to make an great impact on this group and i have to say it will be damn hard! All these three teams deserve respect and we'll have to play a really good football to finish the group on top!" said Valencia's boss Miroslav Djukic.
Login to Quote

Fortunately for Sociedad, Martín Lasarte paid a €4.3M fee for Bordeaux's 22 years old right winger Henri Saivet. The Senegal international is expected to replace the fresh sold to Arsenal Carlos Vela. Sociedad manage to pay an equal fee with the amount received along with Vela's departure. The youngster signed a deal with Sociedad until first of July 2016.

Henri Saivet (born 26 October 1990 in Dakar) is a Senegalese football player who plays as a winger. Saivet is a France youth international having starred at several youth levels. In 2007, he signed his first professional contract with Bordeaux, thus making him the youngest professional player in the history of the club. Saivet, subsequently, made his professional debut during the 2007–08 season, at the age of 17, in a league match against Lens.

He won with Girondins de Bordeaux the Ligue 1 and the French Cup in 2009.

"It's a cheap price for a player like Henri, believe me. He will be a star for Liga BBVA and i guarantee that. We lost Vela and we won Saivet. He'll be an impact!" declared Martín Lasarte.

That's a huge pressure on me to be compared with the more experienced Carlos Vela but i'm sure i will do well. I'm delighted to see Sociedad buying me for a big amount of money in the last hour of transfer market. I won't dissapoint anybody, Anoeta, prepare to see the real Henri Saivet!" declared the hopeful Henri Saivet.
Login to Quote

Verdinho
8 years
Tough Champions' League. It seems every game will count in that one. It will be interesting to see how Saivet does

22 years old Antoine Griezmann has put pen on paper on a lucrative 4 year deal worth €4.700.000. Being ever-present this season, Griezmann revealed that he is delighted to sign a new deal at Anoeta, saying that he is a big fan of the club.

When he first arrived at Real Sociedad, Griezmann lodged with the club's French scout while attending school across the border in Bayonne, training in the evenings at the club's headquarters in San Sebastián. It took him time to break into Real Sociedad's first team but after four years in the club's youth system he made his debut, called up by Martín Lasarte for Real Sociedad's 2009–10 pre-season campaign. In the pre-season, he scored five goals in four appearances and an injury to the team's regular left-winger led to Lasarte selecting him for the start of the season.

On 2 September 2009, Griezmann made his competitive debut in the team's Copa del Rey match against Rayo Vallecano appearing as a substitute in the 77th minute of a 2–0 defeat. Four days later, he made his league debut appearing as a substitute in a 0–0 draw with Real Murcia. On 27 September, he made his first professional start and also scored his first professional goal against SD Huesca in a 2–0 win. Two weeks later, Griezmann scored his second goal of the campaign in a 2–0 win over Salamanca. In November 2009, he scored goals in back-to-back matches against Hércules and Recreativo de Huelva. The goal against the latter club was the only goal of the match. Griezmann appeared consistently in the team for the rest of the season scoring two more goals in wins over Cádiz and Numancia as Real Sociedad earned promotion to La Liga for the 2010–11 season as championship winners.

Griezmann made his debut in the Spanish first division on 29 August 2010, in the season's first match. In a post-game interview, he described the occasion as "fulfilling his childhood dream". In the team's first match after the September international break, Griezmann assisted on the equalizing goal scored by Raúl Tamudo against Real Madrid. Madrid later won the match 2–1 following a goal from Cristiano Ronaldo. On 25 October, Griezmann scored his first goal in the league in a 3–0 victory over Deportivo de La Coruña. He celebrated the goal by pretending to drive a truck that was parked near the field. A week later, Griezmann scored the opening goal in a 2–1 win over Málaga. In November 2010, Griezmann scored the only goal in the team's 2–1 loss to Hércules. In the team's second match of the new year, he netted the second goal in the team's 4–0 victory over Getafe. After going scoreless in the next nine matches, Greizmann returned to his scoring form in March netting the only goal for Txuri-urdin in the team's 2–1 defeat to Racing Santander. On 17 April, he scored both club goals in a 2–1 win over Sporting Gijón.

After sitting out the first league match of the 2011–12 campaign, in Greizmann's first competitive match of the season against the defending champions Barcelona two weeks later, he scored the equalizing goal in a 2–2 draw.

In the final league game of the 2012-13 campaign, he scored the only goal of the game against Deportivo de La Coruña, securing qualification for the Champions League for the first time since the 2003-04 campaign while also relegating Deportivo.

Griezmann's release clause has now raised to an amount of €32.5M.
Login to Quote

Louis O.
8 years
Nice one! Though I'd be happy to pay that 32.5 mil haha
Login to Quote

One more quality season for Griezmann, however, and that release clause may become alarming again, not that it's not an adequate price tag anyway
Login to Quote

Stephan
8 years
I can't believe this guys. I got a corrupted save and i can't continue at Sociedad. I'm very sad about it, but that's life sometimes. Now, i need you to pick up a team for me for a story writing. Choose from the following 4 teams: 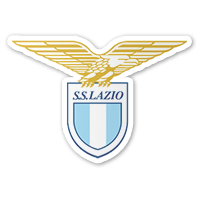 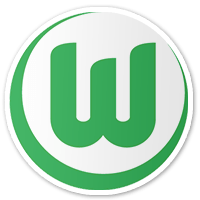 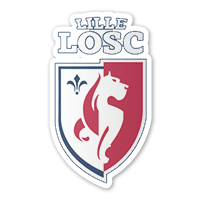 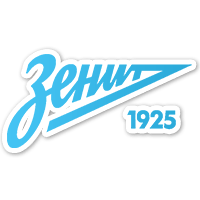 The team who first earns 3 votes will be managed by me and you'll se a story with that team!
Login to Quote

You are reading "Real Sociedad - Bringing a new name in front".