shylax
7 years
I am enjoying my story with Rab, and I would never dream of ending that, but I have more of an appetite for FM than that's providing right now, since our schedules have to match and we have to be at the mercy of Steam. I am going to do a single-player story to complement that, and I hope to keep it up this time.

The title of this story is a reference to Kaiserslautern's 1998 season, when they springboarded off promotion to the Bundesliga to immediately win the league title under manager Otto Rehhagel. Unfortunately, Kaiserslautern were unable to sustain their success. I promise no such miracles, but I do promise sustainability. 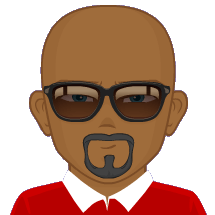 Here is the new manager of Kaiserslautern. His name is Kevin Sanders, and he is 35 years old. He is a US military brat, born on their base in Kaiserslautern, Germany. He played soccer professionally, but couldn't break through a big team and chose to get into coaching instead. He had acted as an assistant coach for many years before finally getting his big break with Kaiserslautern, who are his favorite team. He's tactically brilliant, which has allowed him to climb the coaching ranks so quickly, but he is also fiercely combative, and would still throw some slide tackles around if it were allowed from coaches.
Login to Quote

As soon as I was given managerial powers, I moved to rule over the club with an iron fist. The players would work hard and be a part of our team structure. My priority this preseason was getting the tactics down, and the tactics I favor are the 4-3-3 and 3-4-3 of the Dutch system.

My team has lots of quality already, Kostas Fortounis is a burgeoning star and will be one of the centerpieces of the Kaiserslautern team this season. I sold Jan Simunek, who had 1 year on his contract, to Sparta Praha in his homeland, the Czech Republic, for 1.2 million Euros. I signed Sidi Keita, Manuel Rueda, and Remco van der Schaff on free transfers. Sidi Keita will be the top defensive midfielder for us this season, while Rueda and van der Schaff will add depth and experience to the back line, and replace Simunek.

We played well in our friendlies, never failing to find the net, although we had devastating defensive failings at times:

We're expected to be one of the top table teams in the 2.Bundesliga this season, and we definitely have the quality and attitude to do so. The season's about to start, I can't wait!

Kaiserslautern have flown to the top of the table, winning six out of their first six games in the 2.Bundesliga. New manager Kevin Sanders is a revelation for the side, making the signings and motivating the players to succeed. Remco van der Schaaf wouldn't be available due to an injury, but Sidi Keita and Manuel Rueda have shown up for the club in a big way.

Kaiserslautern have put up gaudy results, such as the 3-1 victory over FSV Frankfurt, and a 4-2 thrashing of Cottbus that was 4-0 before Cottbus picked up some consolation goals, although the results have gotten harder to grind out, with the last two results being 1-0 victories over Dynamo Dresden and Bochum, still, Kaiserslautern have been able to get the 3, whether it be the easy way or the hard way.

Not only has Manuel Rueda been a solid defender, he has been excellent on corner kicks, scoring two goals and forcing another own goal. Marcel Gaus and Kostas Fortounis have been manning the wings admirably, Gaus as the team's leading goalscorer with 3 goals and Fortounis picking up two himself.

Kaiserslautern's defense has been backed up by solid goalkeeping from Tobias Sippel, who has managed to concede only 4 goals in the first 6 matches, allowing Kaiserslautern to grind the results out. Sippel, however, suffered a thigh strain and will miss 3 weeks, and Kaiserslautern don't have much depth at goalkeeper behind him, presenting challenges for Sanders.

Louis O.
7 years
Nice results but unlucky with the injury to Sippel! He is a superb keeper. Kaiserslautern are one of my favourite teams and probably the 3rd most historically successful club in Germany behind Bayern and Nurnberg so good luck

You are reading "Kaiserslautern: Miracles Do Happen".