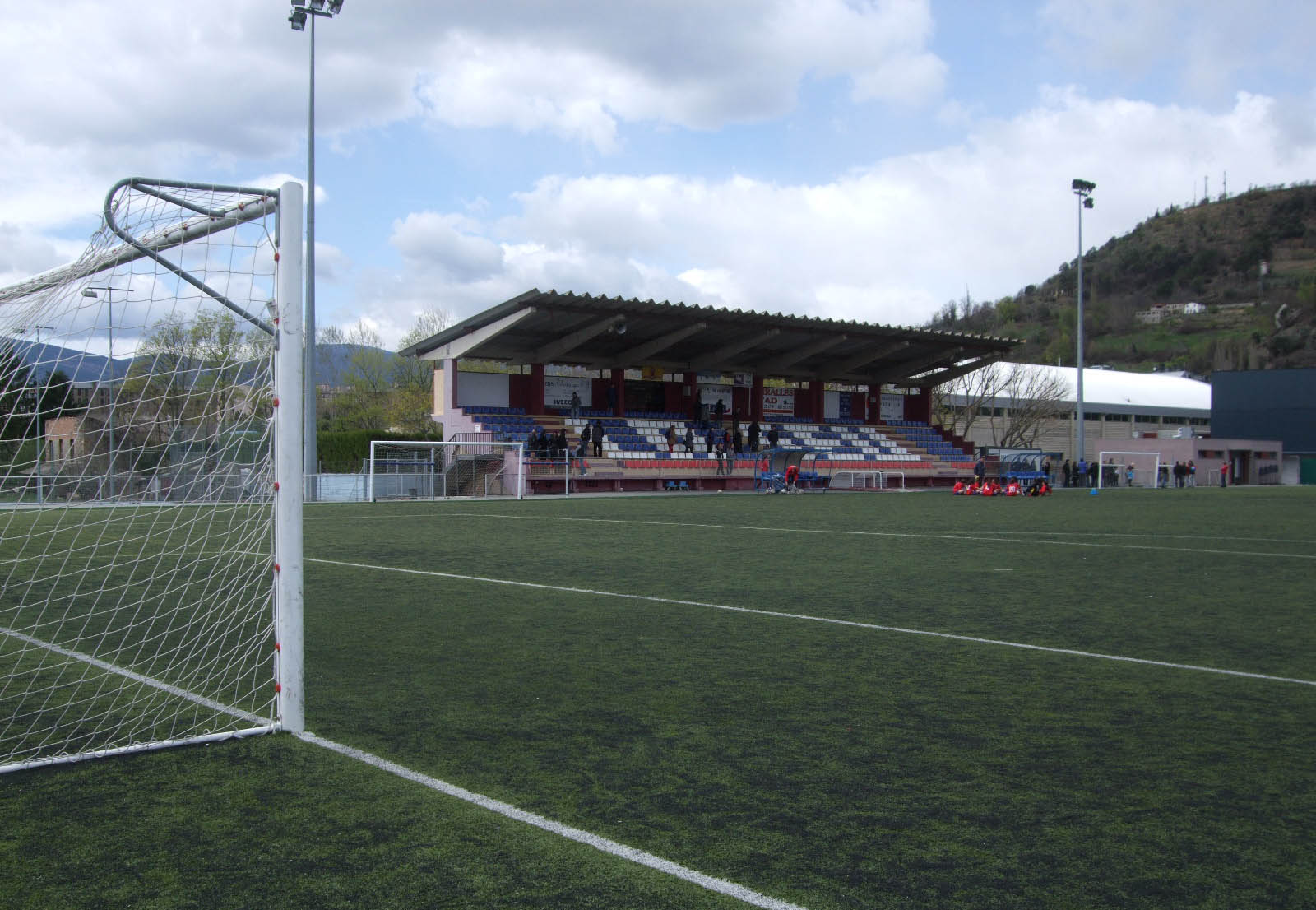 Neal
8 years
"And the strike...OH SO CLOSE! Just over the bar..oh dear, looks like that one's ended up in the mountains."

Home vs Casa Benfica a crowd of 113 turned up to welcome my debut and 17 year old Thomas Pucheu has certainly proved worthy of my trust with 2 goals and given his attributes he looks a good solid Creative force with absolutely no pace whatsoever
Result
https://gyazo.com/16594f6a4ff11f2ea63077bd03025b90

Brought back to earth with a bump

A 4-0 thrashing by Spanish Second Division B3 team U.E Llagostera has signalled theres much work to be done


The odds are not in Ordino's favour Paddypower offered these odds for the apocalypse!

But that didn't happen so who knows!

Pre game
Encamp Away the first game looks promising after the hosts have lost all 4 friendlies in the build up to the season.

The team had performed well up till now


1-4 loss vs to the joint title favourites Sant Julia


Another 1-4 loss vs Engordany in the cup

But we created more chances than them it really was a battering with Andorra's international striker Juli Sanchez grabbing a hattrick his first goals of the season. It really was just a game full of bad luck


Ignoring the battering we are still second belittling the preseason odds

InvertedWingbacks
8 years
A good start mate...maybe see if you can include images etc rather than just links? (click on the image at your gyazo links, hit Copy Image url, then put the url inside [img][/img] tags

other than that, i'm really enjoying this so far

bebero
8 years
I wish you good luck and nice start !
Login to Quote

Following a 7-0 league defeat the following game we capitulated in defence again! but we created a lot of chances off target

With a 3-1 away defeat in the league Lusitans

However we did expect to perform well against the bottom team Principat which ended up in a 4-1 humiliating defeat.

So I took the opportunity to run through some analysis it turned out that my two wingers had contributed 2 goals (one pen) but had taken 40 shots to do so! With this on board I restricted the shoot more option. 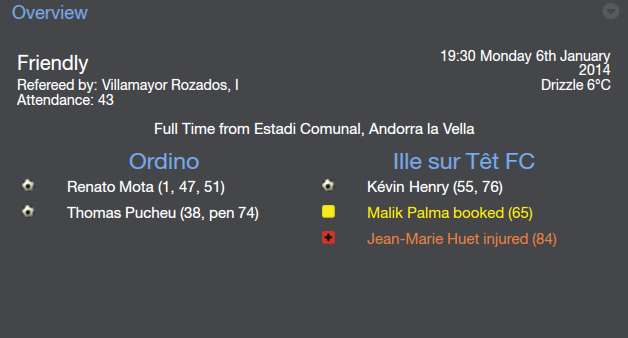 The solitary consolation in the second 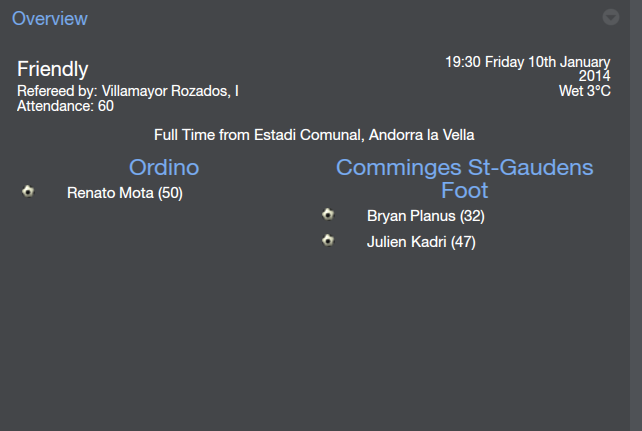 This resulted in a much needed morale boost! and included two new signings

Who struck a hattrick against Encamp

Who performed well in two friendlies but picked up a groin strain and will miss out his return against the parent club.

InvertedWingbacks
8 years
turning it around mate

stigzee
8 years
So here's the run in

After the 4-4 draw we welcomed Sant Julia the team that smacked us 4-1, we lost the promising Nigerian Goalkeeper we took on loan from Sant Julia. It was not a game I was looking forward to but we had them at home and had come into the game in decent form. 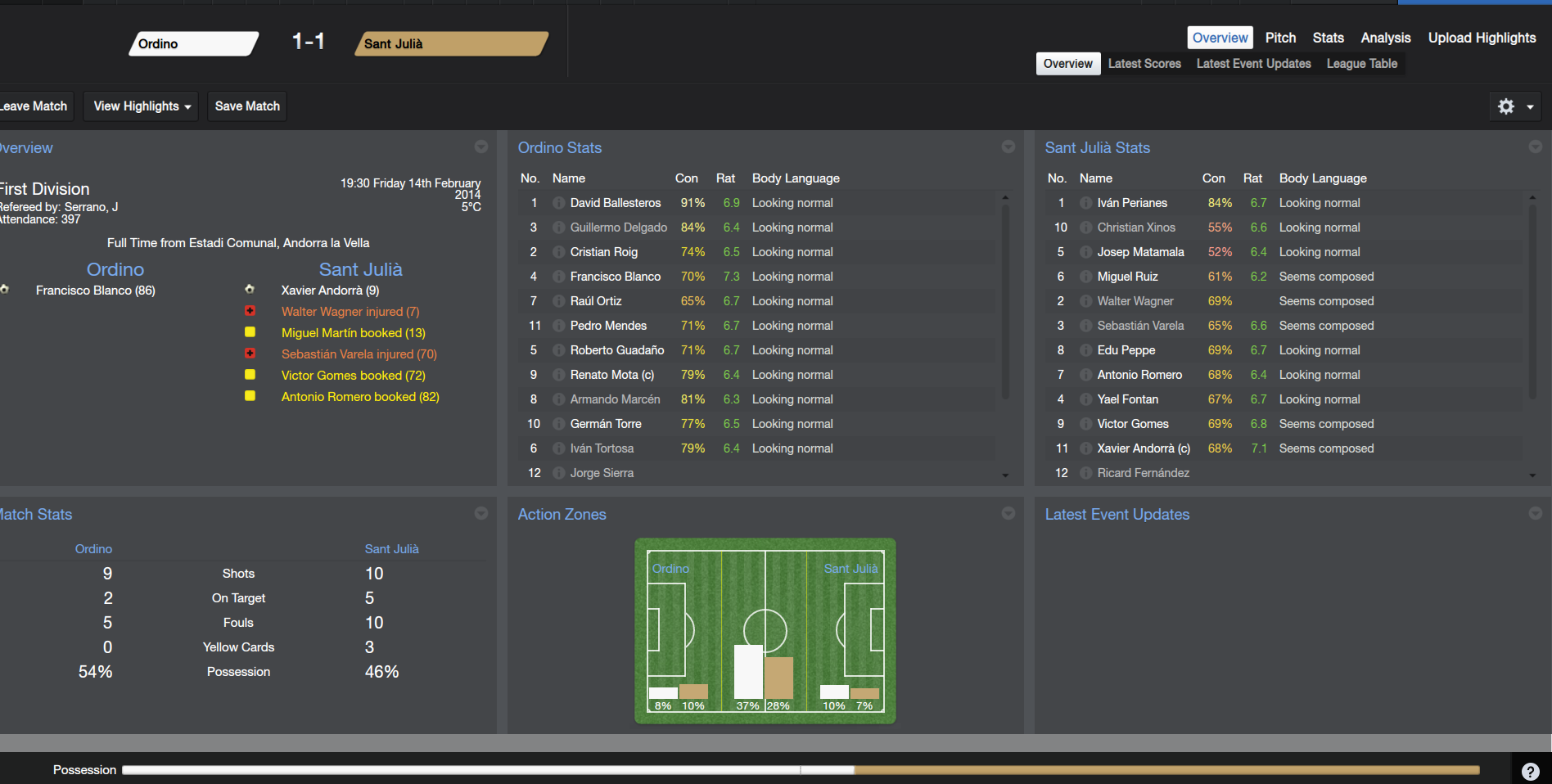 1-1 at home to Sant Julia
Took me by surprise but a solidity was forming and by playing partially on the slow counter which allowed us to suffocate possession even though we went a goal down. We rode our luck but were solid.


On a roll you might say but step up German Torre fans were shouting that he's the Andorran Messi!

A much maligned player first half as he had only scored 1 goal in 24 shots had the game of his life on the away day to U.E Santa Coloma. We drew at home 2-2 after falling to early goals. The last good result before the thrashings came.

4-2! Torre nicked a Hattrick and played superbly on the wing terrorising the full backs as a result.

Well as you can imaging the boys tails were up we performed miracles with an average age of 22! But this was the same team minus Goldswill and Tortosa that received a 7-0 drubbing at the hands of our next opponents who had firmly become title favourites

Well this became the shock of the season

Thats right 1-0 against top of the league and a 8 goal swing. They were partying in the mountains that night I can tell you that for certain! We had a very real chance at Europe two more wins and we would finish second easily.But the gaps between games were long and arduous and losing form was always at risk

Next up Lusitans! the pre season favourites however they became draw specialists only losing 1 game in 12 7 draws 4 wins. They were in the way of us and Europe.

Sadly a combative 2-2 draw spelt the end of European dreams, we were in front of the finalists in both cup finals and needed to win to finish second. The boys had continued their unbeaten run but could we do it for the rest of the season? We had lost to Principat.


Final Game of the season

Keen to see us remain undefeated I took a cautious approach as they had won the Andorran Super cup the previous week and just below us in the league.

Somewhat a damp squib but a result that saw us remain unbeaten in 7 games! considering we had just been promoted we had built a strong foundation for a title push!