Performing real well !
Another trophy to add to the collection, huh?

Performing real well !
Another trophy to add to the collection, huh?

Yeah, I can't believe how well we are currently doing!
I really do hope we win the Euro's, imagine that, two trophies in two years!
Thanks for the comment


Thank you! Glad your enjoying the story!
Login to Quote

TCO
7 years
Jeeez, This is one of my, if not my favorite, story on here. Keep it up mate!

Jonaldinho
7 years
Nice win at Finland! Keep it up, one of my favourite stories on here


Imdxvid - Haha yeah, that'd be pretty awesome! Thanks for the comment.

Jonaldinho - Thank you very much! :'D
Login to Quote After the second match week of Euro 2016, there were wins for group favourites England, Lithuania and Slovenia.

To start the second match week of Euro 2016 in Group B, World Cup Champions England were to face Finland, Lithuania were set to take on Greece and Slovenia were at home against San Marino. Goals from Phil Jones and Daniel Sturridge secured England all three points against Finland at Wembley.

England got off to a flyer when Phil Jones scored from 25 yards out as he smashed the ball low and hard into the bottom corner to give England the lead.

Finland were then caught out again as Sturridge expertly curled the ball over Hradecky in the Finland goal to give England a two goal lead. Lithuania shocked Greece by thrashing the second group favourites 4-2, with Venckus scoring a brace for Lithuania.
Venckus opened the scoring for Lithuania after he beat the offside trap and coolly slotted the ball past Karnezis in the Greek net.
Cesnauskis got Lithuania's scored as he headed the ball into the top corner from a corner, rising the highest out and powering the ball into the net.

Greece got a goal back as captain Samaras was played through on goal by Fortounis and slammed the ball past Karcemarskas to give Greece some hope of getting back into the game.

Venckus scored his second of the game as he beat Sokratis to the ball and chipped the ball over the keeper to restore their two goal lead.

Gekas then got a goal back for Greece as he found some space 18 yards from goal and rifled the ball directly into the bottom corner to give Greece something to fight for in the closing half an hour.

Danilevicius then secured the victory of Lithuania as he scored a 25 yard free-kick into the top corner of the Greek goal to give Lithuania a big boost and hope to qualify for the Euro's in France. Slovenia registered their first win of the group by beating a poor San Marino side 3-0 with Matavz scoring a wonderful goal.

Ilicic put Slovenia in front just before the break as he ran forward with the ball unchallenged, passed to ball to his team mate on the right who crossed the ball in for him to finish and give Slovenia the lead.

Velikonja got Slovenia's second as he received the ball from a free-kick and passed the ball into the bottom corner to give Slovenia a two goal lead going into the final half an hour of the game.

Matavz then scored the pick of the goals after he chested the ball down from a high pass and struck it high into the top corner of the net to secured all three points for Slovenia to keep their qualification hopes alive, and as for San Marino, after two games they still have no points. 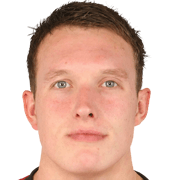 The England defender has become a regular in Roy Hodgson's midfield and scored a very good goal against Finland and performed superbly in England's midfield, breaking down Finish attacks and going forward to help his team mates when they attack. He has had a solid qualification campaign so far and may have discovered that his best role is as a midfielder rather than a centre back.
Login to Quote

InvertedWingbacks
7 years
Interesting to see Jones as a midfielder, although he seems to be thriving there....really nice update yet again; I'd say if you're not nominated for SotM there's been an injustice

Jack
7 years
Phew, I thought you'd got beaten 4-2 by Lithuania for a moment... But a solid performance against Finland!
Login to Quote

Slid3Tackle
7 years
Another win! Keep up the good work mate!
Login to Quote


TAT - Thanks so much man! These type of comments really motivate me to write better updates!

Jack - Haha, Lithuania are in really good form, will be tough when we play them!

Jer
7 years
Great update, interesting win by the Lithuanians to the Greeks!
Login to Quote