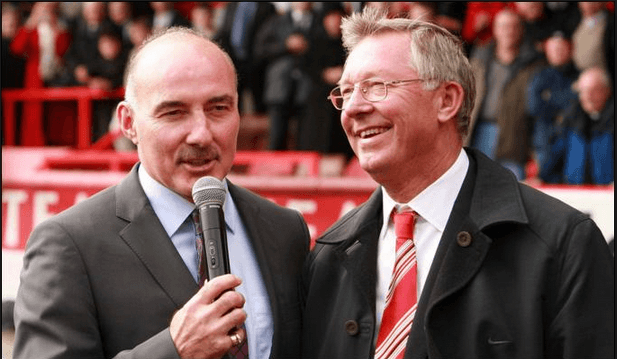 In the wake of Gordon Strachan's exit from his post as national team manager, the Scottish FA have moved quickly to appoint a successor who is well known to footballing fans, and with ringing endorsements from high-profile sources, including the outgoing Strachan.

Popular with fans at Scottish club Aberdeen, Scotland's new man brought great success to the northern club, with an honours list including:

Louis O.
8 years
Never heard of him.
Login to Quote

Wait, I'm descended from the Scots? Oh...
Login to Quote

Josh_MU
8 years
Who?
Login to Quote

Who is Willie Miller?

In the wake of Scotland's announcement of a new manager, football fans elsewhere in the world are scratching their heads and asking "who the f**k is Willie Miller?"

Of course, many of them will have heard of Gordon Strachan, Alex McLeish and Sir Alex Ferguson, who were also part of the successful Aberdeen side of the 1980's. 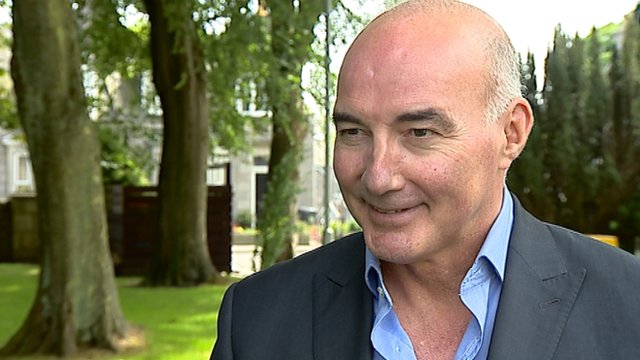 William Ferguson Miller, MBE was born on May 2nd, 1995 in Glasgow. He is a former professional football player who made a club record 558 league appearances for Aberdeen, and has been described by Sir Alex Ferguson "the best penalty box defender in the world".

Miller signed for Aberdeen FC as a 17-year old, and was made club captain four years later. He played for Aberdeen from 1972 until 1990, forming a defensive partnership with Alex McLeish which was integral to Aberdeen's success in the 80s, as they won every domestic honour, and two European trophies. In 2003, Miller was voted the greatest Aberdeen player ever in a poll marking the club's Centenary year.

Miller won 65 international caps for Scotland and scored one goal. He was an inaugural inductee to the Scottish Football Hall of Fame, in 2004.
In 2010, Miller was chosen as one of the eleven members of Scotland's Greatest Team, by viewers of the Scottish Television documentary series, which sought the fans' opinion on the greatest ever Scotland players. Viewers also chose Alex McLeish as his central defence partner.

After hanging up his boots, Miller moved into football management. In February 1992, he was appointed Aberdeen manager, replacing the sacked Alex Smith. Despite two second-place finishes in the league and two losing cup finals, Miller was sacked in February 1995.
In May 2004, Miller was appointed to the Aberdeen board and given executive responsibility for football. He played a large role in the appointment of Jimmy Calderwood as manager.
In June 2011, he was appointed as Aberdeen's Director of Football Development, with the responsibility of finding new playing talent for the club.

Fans seem to be behind the new man, expressing a hope that, under his guidance, the team could move forward, and qualify for major tournaments for the first time since 1998.
Login to Quote

Josh_MU
8 years
Very nice detailed update there mate! Really thought for a minute that the manager was going to be SAF

InvertedWingbacks
8 years
Thats what I was going for

Hope everyone continues to read; should move quite quickly

http://static.guim.co.uk/sys-images/Football/Pix/pictures/2013/8/15/1376569029620/Scotland-fans-008.jpg
Scotland welcomed Iceland to Rugby Park for Willie Miller's first game in charge of the national side.
Miller named a squad which was more or less what everyone expected, presumably to see what his starting point going forward is.

Scotland started brightly, and the stadium was in uproar after only 2 minutes, when Ross McCormack had a goal ruled out for a debateable offside. The game died down after that bright start, until the 41st minute, when striker McCormack got the ball deep inside his own half, before squaring it to Charlie Adam, who carried it forward before threading a deadly ball to Blackburn striker Jordan Rhodes, who lashed the ball home from the edge of the box.

The move was an insight into Scotland's new playing style; favouring patient passing football, and stretching defences, as opposed to the long-ball tactics previously favoured by the side.

Iceland very nearly equalised a minute later later, when a poor pass from right-back Russell Martin was intercepted by Sigurdsson on the half-way line. He then played it forward to Halfredsson, whose shot was turned behind my the sprawling Allan McGregor.

Iceland wasted the corner, and Scotland capitalised on their wastefulness, moving the ball quickly up the pitch, stretching the Icelandic back four with some delightful passing, before Charlie Adam found space within the box to fire home from 12 yards.

Miller introduced some new faces after half time, and Scotland kept Iceland quiet for the remainder of the match; pleasing their fans by playing some excellent passing football. 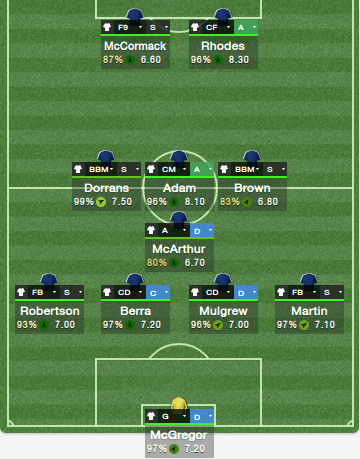 Denzy
8 years
Well in man, put the XI up?
Login to Quote

InvertedWingbacks
8 years
Sure, two seconds and i'll update the post