Josh_MU
8 years
Very good and informative update. Looking forward to seeing how you do! 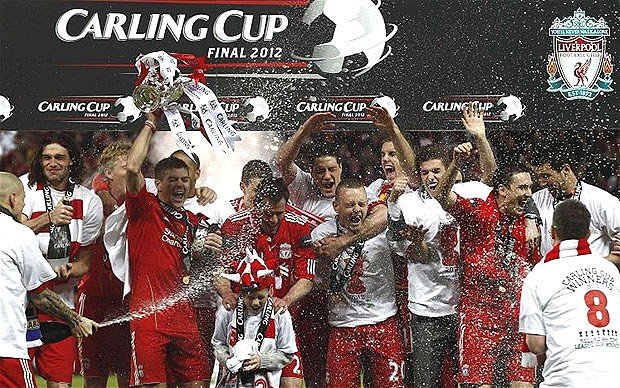 The last time the side won the competition was in 2012, when they beat Cardiff City in the Final.

A Raheem Sterling brace helped Liverpool to a 4-0 win over Everton in the Capital One Cup Final, but a Ross Barkley own goal got the scoring underway for The Reds.

After beating Stoke in the Semi-Finals, Brendan Rodgers' side were prepared for the challenge of their local rivals coming into the match, and it seemed that Everton, on the other hand, were not.

New manager Morten Wieghorst was left dismayed after his first game in charge of Everton, and may be wondering if this was the right move for him.

Rodgers chose to name Suárez as his lone striker, as well as making the Uruguayan captain for the Final, despite Benteke having been in better form. Suárez clearly has something to offer the squad, and with no Steven Gerrard or Daniel Agger in the first team squad, he needed to step up.


Martin Atkinson blew his whistle to start the game, with a full capacity Wembley watching on. Everton kicked off calmly, but the first real incident of the game was an unfortunate one; Everton's David Limbersky stayed on the pitch until half time after picking up an injury, but it was clear that it had affected him.

The first chance of the game went to Everton - Matías Fernández broke away following some poor defending from Enrique, but rushed his shot, firing straight at Mignolet in the Liverpool goal. Moments later, Fernández was involved again - this time at the other end of the pitch. After Sébastien Corchia strode into the penalty area, Fernández was the only man who could stop him, but the Frenchman was too strong. The fullback shot at goal, but the best he could do was fire a shot into the side netting of Tim Howards' goal.

Then came the goal. Liverpool won a corner, and Nicolae Stanciu ran across to take. A delivery into the six yard box confused the defence, and forward Roman Zozulya attempted to clear. All that the Ukrainian could do, however, was fire at English team-mate Ross Barkley, the ball bouncing off of him and past Tim Howard. 1-0 to Liverpool, in slightly comical circumstances. 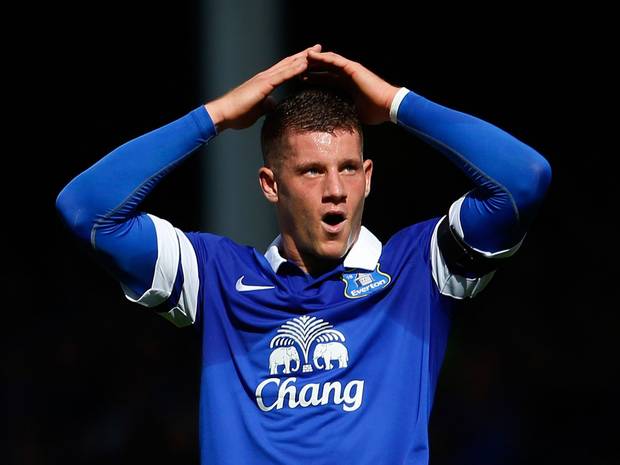 Liverpool kicked off the second half, but the first chance of the second half came midway through. Zozulya came clean through on goal, but clearly suffering from his earlier mistake, he scuffed the shot, and it went miles wide of the goal. Juan Forlín then gave the game away. A very tight game up until this point, the Argentinian fouled Raheem Sterling to earn his second yellow card of the game, and he headed off the pitch looking disgusted with himself.

Liverpool capitalized on this, and eight minutes from time, they doubled their lead. Everton carelessly gave the ball away to substitute Xherdan Shaqiri, and the Swiss winger played a lovely ball through to Christian Benteke, also a substitute, the Belgian finishing past Howard with ease.

Minutes later, it was 3-0. Gerrard and Sterling linked up on the edge of the area, and the 20-year-old winger took the ball back from Gerrard, and fired it across goal from just inside the area, the ball flying into the top corner. It was a fantastic goal and he went straight over to thank team-mate Gerrard for his assist. 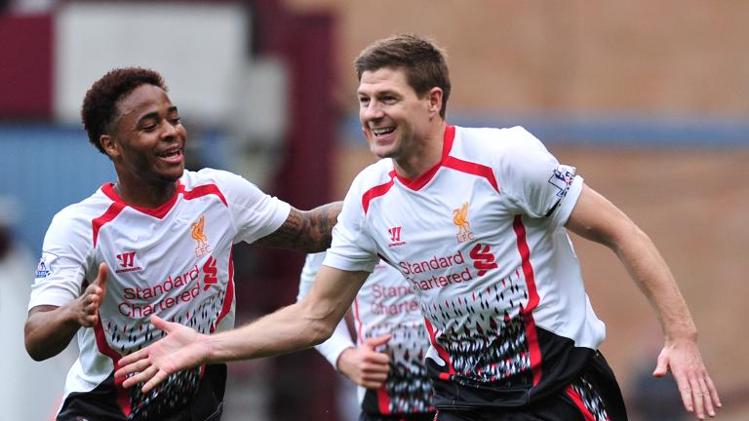 The game was wrapped up in injury time, with Sterling grabbing his second, this time a much simpler goal. Shaqiri crossed a low ball towards Sterling, and he simply tapped it in past Tim Howard to embarrass Everton further. Brendan Rodgers was delighted but the team must now turn their efforts towards the league, with 1st place still achievable.
Login to Quote

Josh_MU
8 years
Great win! Very nice update! I wonder where you got your layout from..

Aaron
8 years
Liverpoool are on their way back!! x)
Login to Quote 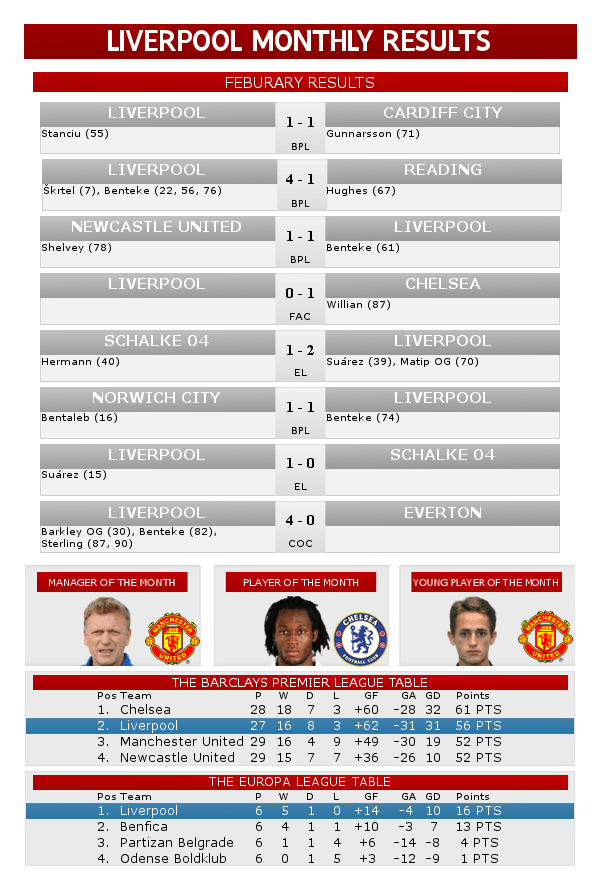 imdxvid
8 years
What is the secret for these amazing graphics? Please spill

InvertedWingbacks
8 years
Nice update mate, and only 5 points behind with a game in hand...I reckon you can do this

Neal
8 years
Tough month there, but you can still come back!!
Login to Quote 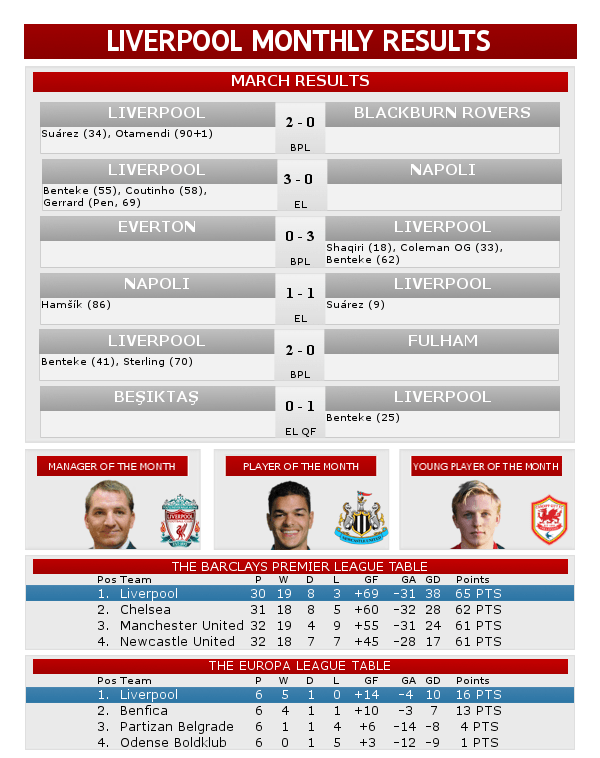 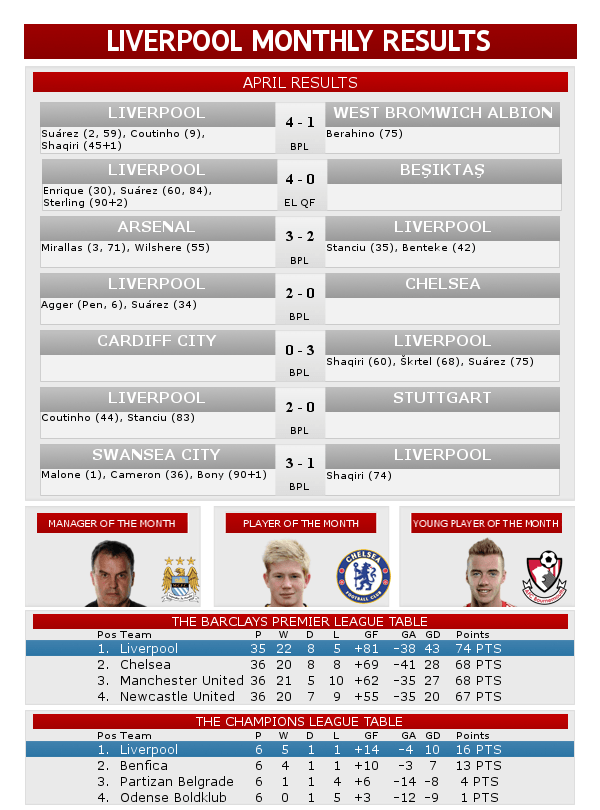 
The competition underneath the Stuttgart match should say EL SF, sorry.
Login to Quote

Gerrard: I Need This 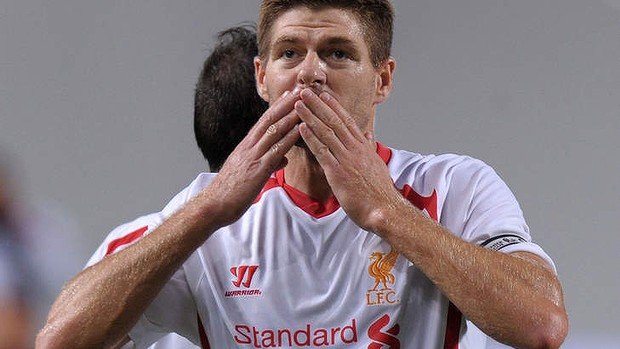 Liverpool captain Steven Gerrard has spoken of his desire to win his first Premier League title at the age of 35. It had looked like the Liverpool legend would miss the end of the season after being ruled out with an injury, but he has been confirmed to start the next game against Crystal Palace - the game in which Liverpool can secure their first league win since 1990.

Brendan Rodgers' side sit top of the table, clear of 2nd place Chelsea by six points, with a game in hand. Gerrard has recently broken Jamie Carragher's record of 508 league appearances for the club, and will make his 510th league appearance against Crystal Palace. He now only sits behind Ian Callaghan, but this will not be the thought ruling Gerrard's mind.

He was quick to congratulate the fans for their support over his career, and he is hoping for an early birthday present, with his 36th birthday coming up at the end of this month.
Login to Quote

Josh_MU
8 years
Although I'm a United fan, Gerrard deserves to win the Premier League. You HAVE to for fill this!
Login to Quote