Okay, I know this is my fourth(!?) story on here, but as some of you may know my A.C. Milan save was corrupted ( -.- Sick of that happening), and I really wanted to continue writing so I chose Dortmund since it was second on the poll results. Also, because I was deciding between Ajax and Dortmund and chose Dortmund since the German league is WAY more tough and competitive and because I have never managed this team before. So, yeah.

I hope to make this save a really long one, and will ensure I make backups! :P

What Team Am I?
http://www.turkish-football.com/admin/mainnewsimg/dortmund.jpg

BV Borussia Dortmund
As the title says, I will be the team that has recently given Bayern Munich a run for their money and has established itself safely as the second best club in Germany. I want to make it the best, in Germany and Europe. And then possibly, the world!


Who Am I?
http://static.goal.com/361600/361668_heroa.jpg
Jürgen Klopp
I couldn't really imagine a Dortmund with someone else in charge, and I admire him way too much to replace him! So, I will be playing as Klopp and for this game, I have edited the database and deleted the original Klopp. Hopefully, I will get them playing as well as he does!

What Will I Try To Do?
What Klopp does best. Win. Become a dominant force. Knock Bayern and Guardiola off the perch! Let's see how this turns out!

Also, a little something for the 'Black and Yellow' :

Hopefully not breaking any forum rules by doing this!
Login to Quote 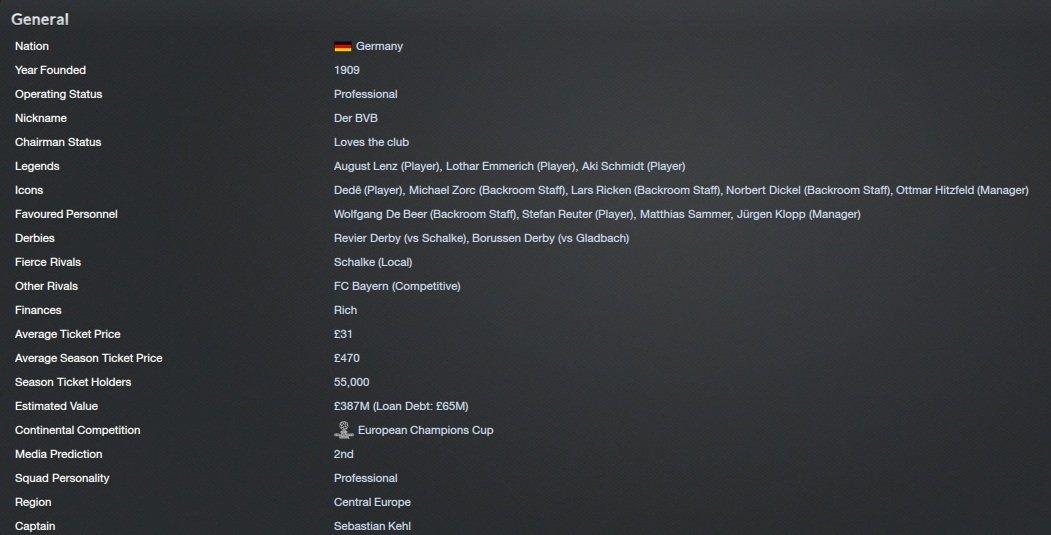 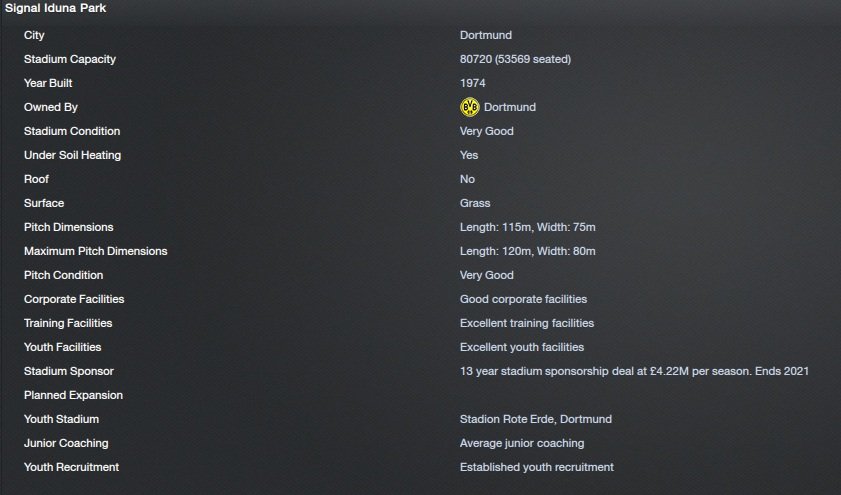 BlackpoolFc
8 years
Looking forward to this! Good luck with knocking Bayern off their perch.
Login to Quote

Jer
8 years
Great start :D! Will be following after what happened with the other story, and those look like some smexy kits

Hope you have fun reading the subsequent updates

Yeah, this one I will stick to until FM15. For sure!
Haha I know! Better than Bayern

captainbrickarms
8 years
Good luck taking out bayern, although I prefer schalke I will still follow.
Login to Quote

arsenal1949
8 years
Great start. Give me some feed back please : http://www.fmscout.com/q-12323-Arsenal-The-Reload-of-the-Guns.html
Login to Quote

@arsenal1949 Maybe just post your thread on the chat, it'll be noticed anyway.
Login to Quote

Borussia Dortmund have just confirmed two new signings in Raphaël Varane and Jonathan Silva from Real Madrid and Estudiantes LP respectively. Borussia have disclosed that they have signed French youngster and highly touted defender Raphaël Varane from Madrid for a total sum of £22.75 million – with a payment of only £3 million upfront. Varane has subsequently signed a £69,000 a week contract for five years that will see him stay at Signal Iduna Park until June 2018. The other signing, Jonathan Silva comes in from Argentinian club Estudiantes LP for a total sum of £5 million, of which only 1 million is to be paid up front, with regular payments of £2 million split over four years and a conditional payment of £2 million to be made once Silva reaches fifty career club league games at Dortmund.


Manager Jürgen Klopp stated at the unveiling ceremony that he had total faith in the players’ abilities and that he was sure that the players would have some memorable moments at the club. When asked as to why he made the two signings, Klopp said that he believed “these two to be one of the best defenders in the game as of now, with only more room to grow, and that these were the additions the defense needed.”

http://estaticos.marca.com/imagenes/2011/10/04/futbol/equipos/real_madrid/1317713336_extras_mosaico_noticia_1_g_0.jpg
Varane leaves Spanish giants Real Madrid to join Borussia Dortmund on a bumper £69,000 per week deal that will keep him at Signal Iduna Park till 2018

At the unveiling ceremony, Klopp haid this to say about Varane: “Raphaël is already one of the strongest defenders that I have seen. I have personally seen him play and looking at him, I can see every element of a defender that will, in the near future, dominate this game. I know some say that giving a 20 year old a five year contract is a risk, but if you ask me, that’s not the case if that twenty year old in question is Varane”. Klopp is said to be pleased after having acquired Varane, since he had actually met him at Santiago Bernabeu in a bid to recruit the former Real Madrid man. Varane is equally awed at playing under Klopp, as he said “Jürgen is one of the best managers I have seen. I was confident that the move to Dortmund was what I needed once I talked to him. I just want to help him in any way I can.”
This might not be all for Dortmund in this transfer market, as many rumours have been linking Dortmund to a few more players, including Brazilian Doria (from Botafogo), Alexander Milosevic, Daniel Rugani and Argentinian starlet Thiago Casasola.

thefmboss
8 years
How, how, how the hell did you sign Varane for 22,75 Million. i tried to sign him and Real Madrid asked for 40 Million. anyways, great story, keep it up
Login to Quote

MJK46
8 years
As much as I can't stand Dortmund I wish you all the best. Good luck and I look forward to seeing if you can win the treble.
Login to Quote


BV Borussia Dortmund have announced two new signings this season, after recently acquiring the services of Varane and Jonathan Silva previously. Der BVB have recently signed Alexander Milosevic from Swedish club AIK for a sum of £525K. Alexander has signed a £9000 per week contract with Dortmund that will see him be at the club until 2018. However, as soon as he was signed, it was also announced by manager Jürgen Klopp that Alexander will be joining Bundesliga side Eintracht Frankfurt for the 2013-14 season. At the unveiling ceremony, upon being asked what his thoughts were on signing Alexander Milosevic, manager Jürgen Klopp said: “I am really happy to be able to bring Alexander to the club. At £525K, I think this deal is quite a steal since he has all the qualities in him to be a good Bundesliga defender that will man our defences. I am sure that in a few seasons, Alexander will be totally ready to play with the best.”

The second transfer activity (and this season’s fourth so far under Jürgen Klopp) sees Argentine youngster Thiago Casasola join the Bundesliga contenders for £4.4 million pounds from Argentine heavyweights Boca Juniors. Thiago has also signed a contract until 2018 that will pay him £12,750 a week. Thiago has expressed his joy at being given the opportunity to play for Dortmund and said that he would do his best to impress manager Jürgen Klopp and that he was looking forward to grow with the club. Casasola will be joining Borussia Dortmund on 11th of August 2013.

Reliable sources within the club have informed us that there might not be any more transfers in this window anymore since it is believed that Dortmund have emptied the bank to reinforce themselves this season, however, without any official confirmation from the club or from manager Jürgen Klopp, all this remains speculation at best!

Thanks mate! I prefer Dortmund to Schalke, but just by a bit

@arsenal1949 Maybe just post your thread on the chat, it'll be noticed anyway.

Thanks mate! Gonna need it

To be frank it was quite a long drawn negotiation, managed to get accepted and have ManCity's bid rejected

Hopefully this story will help you tolerate Dortmund

You are reading "Borussia Dortmund - Black and Yellow".