Nervous didn't cover it. I had my heart in my mouth, and butterflies in my stomach, and I don't even like butterflies! Awards night was the best, and for some, the worst part of the season. Spending all season believing your name will be called out for the award, then it coming down to the time where the name is called out, and it isn't yours, having your hopes crushed, by that name.

Judging by my recent luck with the fact I won't ever play under Sir Alex Ferguson again, an award this season didn't cross my mind.

I won it, I actually won it! I was stunned at the fact. I was sure last years winner Michael Keane would get it again, but no. This is where I change, where I make a name for myself, first Reserve Player of the Year, next First Team Player of the Year, then finally the Ballon D'Or, anyway, the new manager will be unveiled soon before I set of on my holidays, 6 weeks in the Bahamas, doesn't get any better than that.
Login to Quote

Josh_MU
8 years
Really liking this story/idea! Keep it up man!

Denzy
8 years
Really enjoying this man, Very different to stories on here, keep it up
Login to Quote

It happened. It actually happened. The Class of 92' takeover. Glazers out, Beckham, Giggsy, the Nevilles, Butt, and Scholes in. If that wasn't good enough, Eric Cantona and Edwin van der Sar have been made directors at the club. You want more? Oh well Alex Ferguson is only manager of Manchester United once again. My hopes and dreams of playing under him, have been re-lit. Today is simply, the greatest day of my life.

Wilf text me about all this, and I could only assume it was a joke, but then Sky Sports News told me all I needed to know. This could will be my chance to shine in front of the man himself, but for now I'll enjoy my next two weeks in the sun...

Jer
8 years
Wow, this will be interesting ;P
Login to Quote

Training with the first team was absolutely amazing. There was Rooney, Vidic, Carrick, Valencia, all of them! I wanted to work hard in the first session back, our first friendly was against Benfica and I have to be included in it. Luckily for me, nobody else could be arsed putting in 100% effort for the entire day, so I hope Alex saw me putting everything I had in, and that could potentially mean I get a starting eleven spot throughout Pre-Season.

There's a new coach about too, Ade Mafe is the new U18's fitness coach, but he's been helping me out a lot today. I need all the help I can get, 6 days until the first match, and then hopefully in the team for the Community Shield Final in 41 days time. My fitness levels need to be on the up. 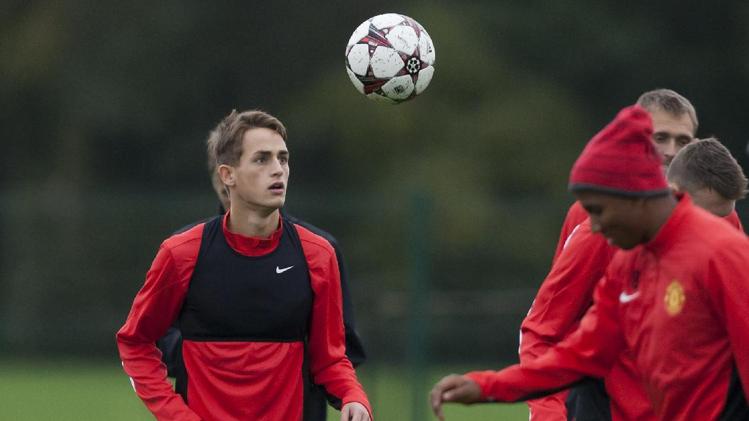 Me training with the first team.
Login to Quote

Pauker: I hope it will be

You are reading "Adnan Januzaj. The Prodigy.".