Wilmots steps down as Belgium boss 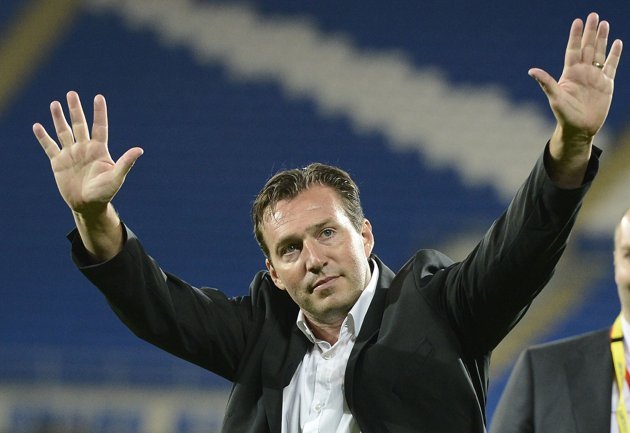 The Royal Belgian Football Association have released a statement announcing that national team manager Marc Wilmots has stepped down from his post effective immediately.

45-year-old Wilmots joined the national team set-up in 2009 as assistant manager and later was promoted to manager in 2012 when then-boss Georges Leekens left to coach Club Brugges.

The former Liège player commented on his departure - "I think this is the right time for me to leave. I've taken this team as far as I can, and now I leave it up to someone else."


With just four games to play in the qualifiers, Belgium are level on points and goal difference with toppers Croatia, and will need to be focused to ensure that they finish top of their group.

Wilmots also appears to have his next move planned out. "I'm thinking of making a return to politics. I was in the Senate for two years and at the time I found politics difficult, but now I've matured a little more and I want to be of service to my country."

The KBVB is almost sure to appoint a former international as head coach going by recent trends, and Jan Ceulemans, Eric Gerets and Michel Preud'homme are said to be front runners for the post, while a return for Franky Vercauteren has not been ruled out at this stage.

Regardless of whoever is appointed, with the likes of Eden Hazard and Vincent Kompany in the squad, they will be expected to achieve big things in the long term with what is arguably the Belgian National Team's golden generation.
Login to Quote

mpejkrm
6 years
Good start man, I always like seeing NT stories. Keep it up and I'm eagerly awaiting to see what is to come.
Login to Quote

Josh_MU
6 years
Good luck with Belgium! You've got some really good players which can really help you qualify!
Login to Quote

The Royal Belgian Football Association have confirmed the appointment of Enzo Scifo as the National Team's new head coach.

47-year-old Scifo is Belgium's 5th most capped player of all time having accumulated 84 appearances for the national team during a span of 84 years.

Born in La Louvière(Belgium) to Italian parents, Scifo chose to represent his country of birth, for which he appeared in four World Cups, being one of only three Belgian players to do so.

The hiring of Scifo goes in line with the KBVB's policy of having ex-internationals in charge of the national team.

This will be the former attacking midfielder's fifth job in management, having previously worked for Charleroi, Tubize, Mouscron and Mons.

Enzo Scifo's first match in charge of the national team will be in a month's time against Chile in a friendly match to be held in Liège.
Login to Quote

Arvind
6 years
@mpejkrm: I'm glad you like National Team stories, and I hope you enjoy what's to come.

@Josh: Thanks! Belgium have got some really talented players, and I will be aiming to not only qualify but also reach the latter stages of the World Cup.
Login to Quote

Arvind
6 years
@Justice and Aaron: Thanks, guys!
Login to Quote

Scifo: Semi-Finals must be our aim 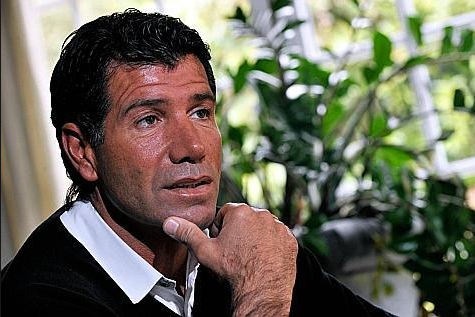 In an interview with a leading Belgian T.V channel, Scifo outlined his ambition to finish in the top four in the biggest footballing event in the world - The World Cup.

"To start off we need to set ourselves a high target. This is arguably Belgium's best set of players, and I'm glad to be working with them. We must make sure that our presence is felt and we need to establish ourselves as a top-ranked nation. Getting to the Semi-Finals will help us achieve that."

"There are many tough teams that we will have to compete with - Spain are the world champions and are tough to beat for anyone. Brazil are the hosts and they have the home advantage as well as some fantastic talents. The Germans have an excellent team, and then there is also Italy, France, Argentina...it's going to be difficult, but that is the beauty of the World Cup. It's every player's dream to compete against the best. While we are up against very strong teams, we have some world class players of our own and we definitely won't be pushovers. "


http://www.fm-base.co.uk/forum/attachments/football-manager-2013-manager-stories/393530d1376230186-belgium-football-worlds-next-superpower-dark-horse-world-cup-2014eden-hazard.jpg
Eden Hazard will be key for Belgium in the World Cup


When asked if his team selection would be based on picking the biggest names, Scifo made it clear that reputation would have little impact on a player's selection.

"I will pick the players the players I feel that can make a contribution to the team. Obviously, a lot of our best players are now "big name players", but that doesn't make a difference to me. I have no objections in calling up an unknown player in the Second Division if he's good enough and can add something to the squad. No player is un-droppable."

Scifo also mentioned that a few new players may be in line to make their Belgium debuts against Chile in a month's time.

"The game against Chile is a good opportunity to experiment with my team selection. There will almost definitely be some new faces. Some of them will be given the chance to prove that they should be in the reckoning for selection every time, and one or two youngsters might be there just to give them that experience of being with the national team."

The Red Devils' new manager also assured the fans that he was hopeful of getting a positive result in the friendly game to get his tenure off to the perfect start.

"Chile are a good team, but so are we and with the quality we have we should be beating them. I hope to get settled in my job over the next few weeks and I'm looking forward to working with the players and delivering a positive result to keep the country happy."
Login to Quote

Aaron
6 years
That's quite a big ask for such a young team but i wish you luck! Great update btw

Justice
6 years
A big ask, but Belgium has the quality

@Aaron: Thanks, and I know it's ambitious, but should be possible with a bit of luck.

@Justice: It's certainly difficult, but with Hazard and Kompany in my team I can definitely try!
Login to Quote

pompeyblue
6 years
Really nice start and good luck with Belgium!
I am sure you will breeze through the remaining qualifying games with the squad you have

AlexTHFC
6 years
Nice start, Belgium will definitely be fun to play as. You definitely can get to the semi finals, but whether you will...