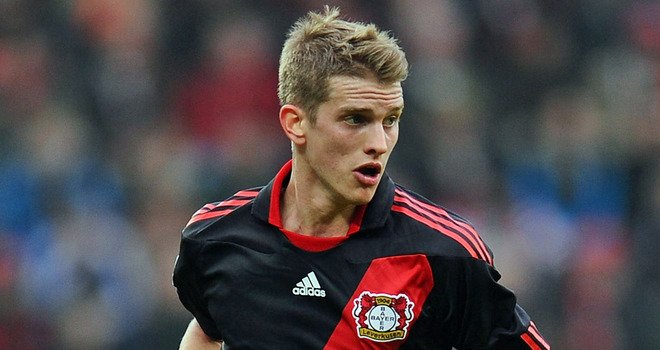 After A.C. Milan's 3-1 win against Bayer Leverkusen, Or Dabool was asked about the performance of Lars Bender. The Israeli manager said that: "He (Bender) is a fantastic defensive midfielder. He can win the ball back in the middle of the pitch, and direct an attack towards the opposition."

When Leverkusen's manager, Sami Hyypiä heard what Dabool said about Bender he replied to the press: "Lars is at this club since 2009, and he's not going anywhere so Dabool can keep his praises to himself! I can't believe Lars is even considering it!"


Lars Bender himself told the press several days after the case: "I can't believe that Sami is not trusting me to stay at the club. If he thinks that I'm not loyal enough, maybe I shouldn't remain at Leverkusen!"

When asked if he would like to play for the Rosseneri he replied: "Well, I don't know, but I am sure that I will work well with Dabool.."

What will happen with Lars Bender?

That's it guys, that was the update. Hope you enjoyed it! Please comment your opinion ;)
Login to Quote

All you said is that he was a good player and he's slating you off to the press! Hope you get Bender

No1VillaFan
7 years
nice update and the title is awesome!!!!!!
Login to Quote

Jer
7 years
Doing pretty good mate.. How does it feel to beat Maccabi Tel Aviv by a 1 goal margin :P?
Login to Quote 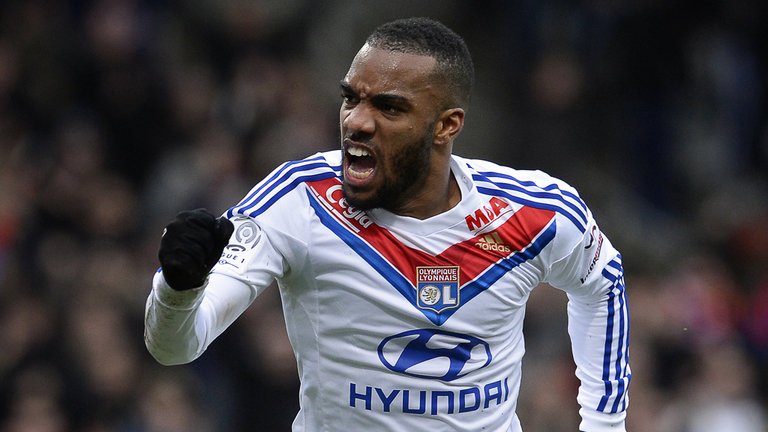 A.C. Milan's Alexandre Lacazette is having the time of his life with the club. He started the season with a couple of assists but failed to hit the target, but recently it changed.

In each of the last 6 of A.C. Milan's fixtures Lacazette found the net! He sure seems to give competition to Robinho and El Shaarawy who are struggling to find a good run of form.

As he is only 22 years old, the board and the fans has hailed Dabool for getting him to the Rossoneri. 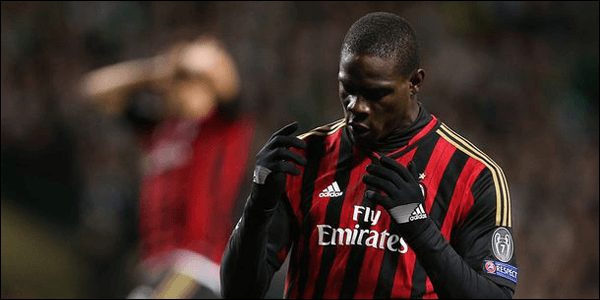 A.C. Milan has started November in the same manner she finished October, which is winning. Most of the games were against pretty easy clubs, and we managed to win them all.
But then came December. In December Milan won a tough game against rivals Lazio, but was humiliated 2-1 at home by Arsenal, and 2-0 away to fierce rivals Juventus, which were the first two loses of Dabool as the manager. 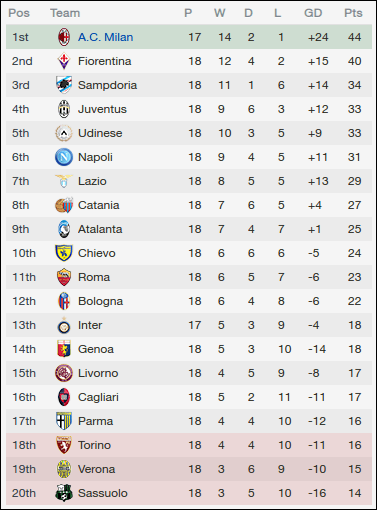 We are still leading the Serie A with 44 points, but Fiorentina are very close to us with 40 points.

We ended up finishing 2nd in our group because of the loss against Arsenal, but we still qualified and for the first knockout round we drew the fierce Manchester City.

Player of the update: 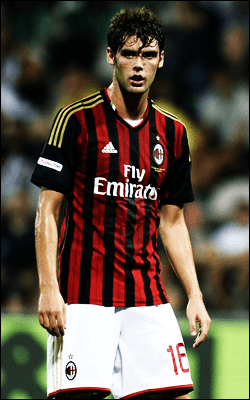 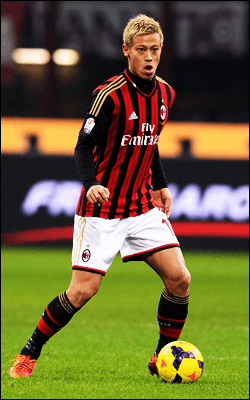 I chose both Andrea Poli and Keisuke Honda as the players of the update. During the last two months these two has held our midfield strong and almost every pass they made has found it target. They knew when to push forward and strike, and when do just control the rhythm of the match. I hope that they will continue to impress me through the rest of the season.

No1VillaFan
7 years
damnnnn you came good this update, game in hand too. your gonna march to the title!
Login to Quote

fmhunter
7 years
Title is returning to AC - about time they had some success. Oh, Or, you are the man

Great update as always, best of luck for the rest of the season.
Login to Quote

Jer
7 years
Juventus beat you :o! Some nice graphics there in the pics, and a pretty solid two months, bar the two losses. Best of luck.
Login to Quote

pompeyblue
7 years
Unlucky about the losses to Juve and Arsenal but other than that it was a good month and you are still on top!
Nice graphics as well.
Login to Quote 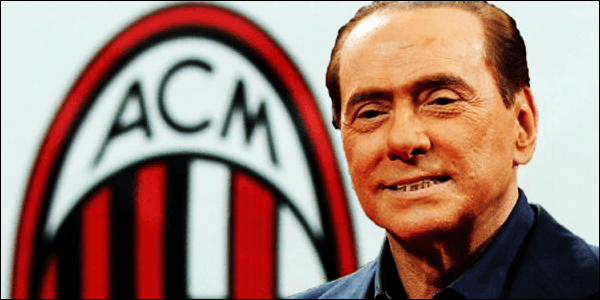 A.C. Milan's head coach, Or Dabool, has arranged a meeting with president Berlusconi. In the meeting, Dabool demanded more funds in order to being able to compete with Europe's heavyweights. If Arsenal and Juventus are both smashing us, how can we possibly expect to succeed in Europe?, asked the manager. Our moment is now. If we will miss this chance, we will never be back to Granda Milan's days!

Berlusconi replied that he is willing to bring more funds into the club, but only if the club will sell the same number of players he buys.

Daboll has accepted the proposition and started working on the changes at the club. 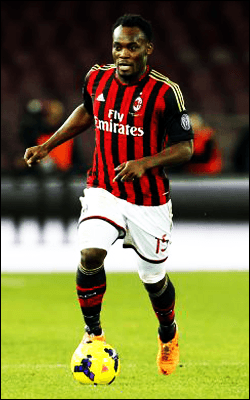 The first player to arrive to the San Siro, is Lars Bender. There was a lot of news regarding the arrival of Leverkusen's defensive midfielder, and now the move is finally complete.
The player who will leave the club is Michael Essien. The 31 years old player is too old and never quite found his place in the team, so he were sold to Everton. 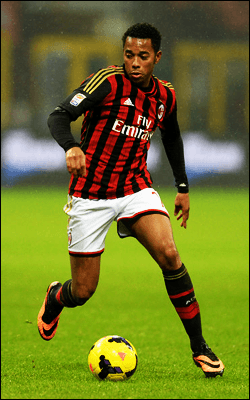 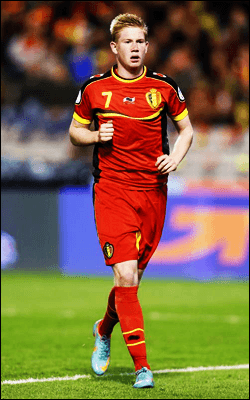 The next player brought by Dabool, is Kevin de Bruyne. de Bruyne is a great young left winger and he can help the team when El Shaarawy is injured or having a bad run of form.
Robinho is the player that were sold instead of de Bruyne. Robinho is already 29 years old and he will now try to make a name for himself at Olympique de Marseille. 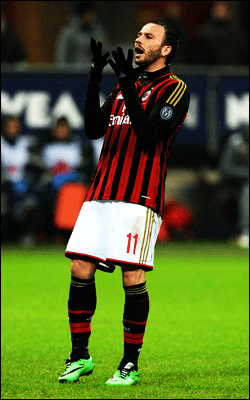 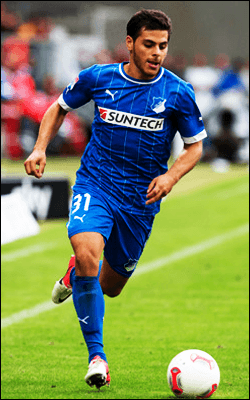 A.C. Milan has depended greatly on Mario Balotelli, but they needed another striker that can help back him up. That is the exact reason for the signing of Hoffenheim's 21 years old striker, Kevin Volland.
The player that will leave the club to make room for Volland, is Giampaolo Pazzini. The 29 years old Italian striker never recovered from his injury at Milan, and he will now play for Catania. 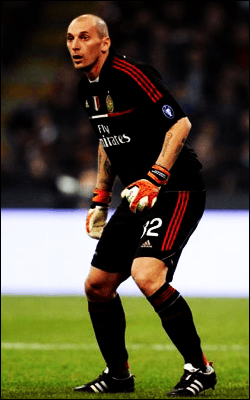 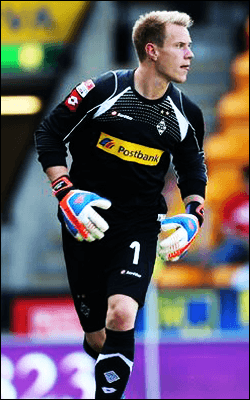 Although the club just recently signed Sirigu, A.C. Milan has now brought in Marc-Andre ter Stegen. Sirigu can't handle all of the games by himself, and Milan wanted another young goalkeeper that can give him competition.
The leaving player will be Christian Abbiati who ends his contract at the end of the season.

Head coach Or Dabool has told the press that he believes that now, he and his A.C. Milan's side can give tough time to the best clubs at Europe.

Justice
7 years
Quite a few German speakers there!