AlexTHFC
7 years
Bad luck against Switzerland, but not a bad match for you to be honest. Switzerland are a good team, so to lose 4-2 isn't that bad. 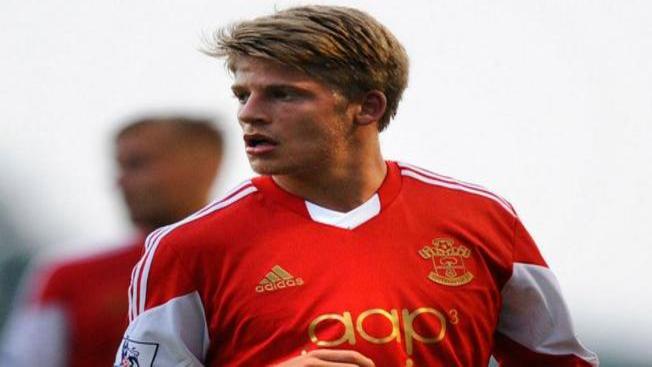 Darlow and Cassidy started in the 4-2 loss to Switzerland, while Isgrove came off of the bench at half time. Cassidy scored a debut goal to level things up at 1-1, but the team were powerless to resists Switzerland late on, and eventually gave in.

Now, the three Welsh internationals have spoken to the BBC about their debuts.

Cassidy says: "To be called up alone is an honour. But to be picked to start the game ahead of the likes of Sam Vokes is a real achievement for me, at this young age. I hope that Ian [Rush] didn't just pick me because of the relaxed atmosphere that friendly matches have. I hope to be in the first team squad soon. I can't thank Ian enough for this wonderful opportunity, and I am glad I could repay him with a goal."

Darlow adds: "As Jake says, we owe a lot to Ian for giving us this chance. I conceded four goals, and obviously that's not something that any goalkeeper should be happy about. But some of the more senior players told me not to worry. I've made a few mistakes in my career, but I hope that if I am called back up soon that I won't let in as many as four! We were playing a strong Switzerland side, and I'm not too disappointed by my performance."

Finally, Isgrove tells us: "I know I was only a substitute, but to play at all is something that I never thought I would do at this stage in my career. The two before me have said it, but I will say it again. Ian gave us the chance, and we are all extremely grateful for that. I hope that we can come back into the squad and help them in their quest for World Cup qualification."
Login to Quote

. On another note, Ricardo Rodriquez has amazing hair. I want.
Login to Quote

Squads to Travel to Scotland and Serbia Announced 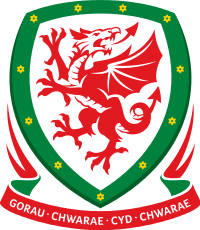 Wales face both Serbia and Scotland away from home this month [September], and the Welsh Football Association have announced the 23 man team selected to play the games, chosen by manager Ian Rush.

Craig Bellamy and Chris Gunter remain sidelined due to injury, while Karl Darlow, who made his debut in the 4-2 loss to Switzerland last month, along with captain Ashley Williams and Jon Williams are more unwanted additions to the list of injuries. Good news for fans of Wales, however, is that Real Madrid star Gareth Bale should be fit for both games, following his return to fitness. Bale missed the friendly against Switzerland due to the injury to his foot.

Josh_MU
7 years
Solid squad. Good luck for the games ahead. 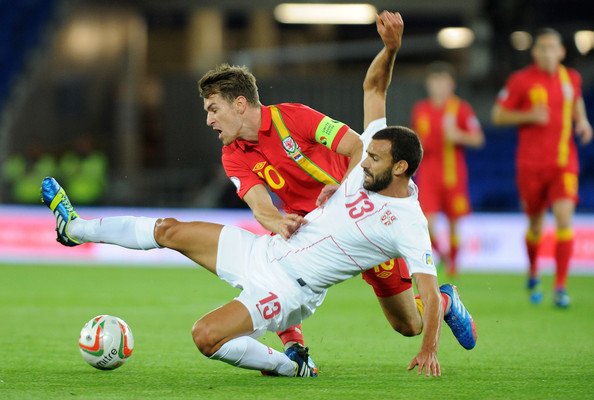 A super striker from Serbia's Ivan Radovanovic sent Wales fans back home unhappy, after a balanced game that could have gone either way.

Jake Cassidy got another run out in the first team, but was unable to score like he did at Switzerland, in this, a more vital game for Wales.


The away team Wales, in a green kit, kicked off the match, against Serbia, playing in there traditional red home kit. And Wales very nearly opened the scoring following a corner from the recently fit Gareth Bale. James Collins swung a foot at the incoming ball, but Adem Ljajic smashed the ball to safety to ensure the deadlock was not broken.

Ljajic was up the other end of the field soon afterwards, but tried to be too clever, and chipped the ball wide of Hennessey's goal. The chip wasn't on, and it was silly to attempt the shot from there.

Finally, the deadlock was broken. Serbia and Manchester City fullback, Aleksandr Kolarov swung in a corner which Joe Ledley cleared to the edge of the area. Ljajic took the ball wide, before passing back to Kolarov, who once again crossed the ball into the penalty area, only for it to be headed out by James Collins. This time Ivan Radovanovic received the ball on the edge of the area, but only succeeded in flicking the ball back towards his own half. Kolarov nodded the ball back to him, and the Chievo Verona player found Ljajic out wide. This time, however, there was to be an end product from a Serbia cross. Although a poor cross from the Roma player, it found Radovanovic on the edge of the area, and the Serbian powered a header into the top corner from 18 yards out.

If not for Wayne Hennessey, it could have been 2-0 before the half time break. Liverpool midfielder Joe Allen carelessly gave the ball away to Lekic, who went on a run into the penalty area, but couldn't beat Hennessey who stayed strong to keep the ball out.

Ian Rush decided to give Cassidy another run out at half time, and also brought Collison and Taylor off of the bench. Ben Davies, Joe Allen and Steve Morrison all made way.

Serbia kicked off the second half on a high following the close shave for Wales at the end of the first half.

Kolarov almost doubled the lead midway through the second half, directly from a corner. Wayne Hennessey once again did a fantastic job to turn the ball over. Then disaster struck for Wales. Captain Joe Ledley was stretchered off of the field - but there were no more available substitutes for Rush to make. Wales were down to ten men.

Gareth Bale had the one chance to level things very late on, but after a fantastic darting run from just inside the Serbia half, he blazed the ball well over the crossbar. The full time whistle blew, and Wales were left licking their wounds. Had they taken their chances, the result could have been so different.

Elsewhere in Group 1, group leaders Belgium drew 2-2 at home to Scotland, while, unfortunately for Wales, Croatia beat Macedonia away 0-2, meaning that Wales drop down to 3rd, and out of a World Cup Playoff place.
Login to Quote

Aaron
7 years
Oh dear, not great! Get Harry Wilson on the field.
Login to Quote 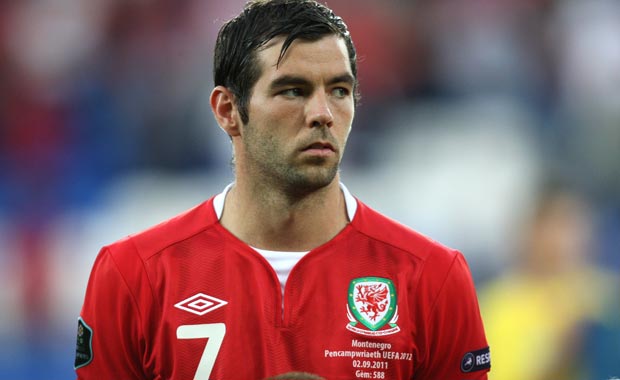 Ledley went down and was later stretchered off against Serbia; it was later revealed that he had damaged his achilles tendon.

Wales vice-captain Joe Ledley has been ruled out for a maximum of three months, following an injury he picked up against Serbia on Friday.

Things didn't appear to be too bad at first, and some home fans even accused the Crystal Palace midfielder of exaggerating the injury. It wasn't until the stretcher came on that the jeering stopped. The Welsh fans applauded the 26-year-old as he was carried off of the pitch, but Ledley will not feature again until December at the earliest.

This means that Wales will be without him for their final three World Cup Qualifying matches. The side currently sit in 3rd place - one point behind Croatia.

Following their 1-0 loss to Serbia, Wales need to get results from their last three games in order to secure a World Cup Playoff place.
Login to Quote

Jer
7 years
Best of luck, hopefully you'll get to the WC!
Login to Quote 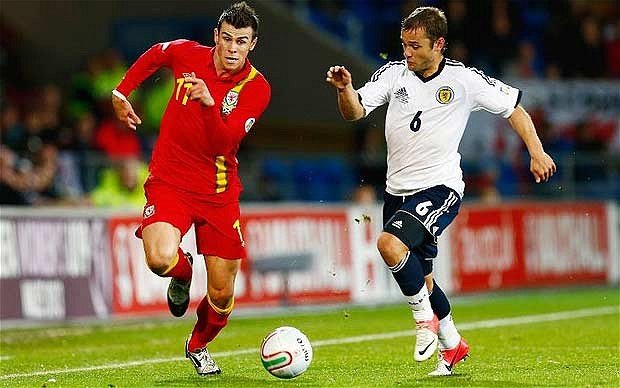 Controversy was the main talking point of this game, after referee Fırat Aydınus wrongly gave a penalty to Scotland.

Jake Cassidy once again got a half of football - the third time he has played for Wales in a row.


Many Welsh fans criticized Ian Rush for not playing Wayne Hennessey, who kept Wales in the game against Serbia last time out. Rush instead opted to play Tranmere Rovers goalkeeper, Owain fon Williams - the 26 year old featured in a Wales jersey for the first time in his career.

Wales kicked the game off, but it was Scotland who got off to a fantastic start, scoring the first goal within the opening five minutes of the match. Mackie's surging run down the right flank was matched by a superb cross from the Nottingham Forest player. Everton's Steven Naismith fired home from close range to make it 1-0.

Forest defender Danny Collins almost gave Mackie the chance to get on the scoresheet himself, with an awful pass from deep inside the Wales half, that went straight into Mackie's path. But the 28-year-old couldn't seize on his Forest team-mate's mistake, and fired the ball over the bar.

Then it was Wales' turn to attack. Gareth Bale won the ball back from a Scotland throw-in deep inside the Welsh half, and knocked a ball forward to Robson-Kanu on the halfway line. The Reading winger ran with the ball towards the penalty area, and then threaded a perfect through ball into Aaron Ramsey's path. You would have bet on the Arsenal star scoring, but McGregor produced a fantastic save to keep his side in front.

fon Williams showed why he was chosen to start over Hennessey when he saved well from a powerful strike from Steven Fletcher.

The half time whistle went at 1-0, and Jake Cassidy and Jack Collison came off of the bench - Ramsey headed off for Collison, while Craig Davies made way for Cassidy.

Then came the game changing decision. Midway through the second half, Scotland won a free-kick in Wales' half. Russell Martin whipped a ball in from the set piece, and David Vaughan cleared, seemingly innocently. But the referee shocked everyone at Hampden Park by awarding a penalty - there seemed to be nothing in it. Steven Fletcher stepped up to double the lead.

Minutes later, Wales pulled one back. Jack Collison and Hal Robson-Kanu linked up nicely in the Scotland half, before Collison pushed a ball through to Joe Allen's feet. The Liverpool midfielder stayed calm inside the area to score his first goal for Wales, and put his team back in with a shout. Welsh fans were extremely angry after the game, claiming that had Scotland not received a penalty, then their side would have drawn the game. Scottish fans replied with claims that Wales would not have had the desire to get back into the game at 1-0, but there is certainly a case from The Dragons fans.

The match ended with Wales in possession, desperate to find an equalizer, but they were unsuccessful, and it seems that their hopes of reaching the World Cup Playoffs are over.

Elsewhere in Group 1, Belgium beat Macedonia, while Croatia moved four points ahead of Wales, meaning that The Dragons have to hope for a favour from Scotland when they play Croatia, whilst also having to achieve maximum points from their last two games - including a trip to group leaders Belgium.
Login to Quote

AlexTHFC
7 years
Fantastic update, glad you got it back

Unlucky against Scotland though, if you don't qualify for this WC you can always do the Euros 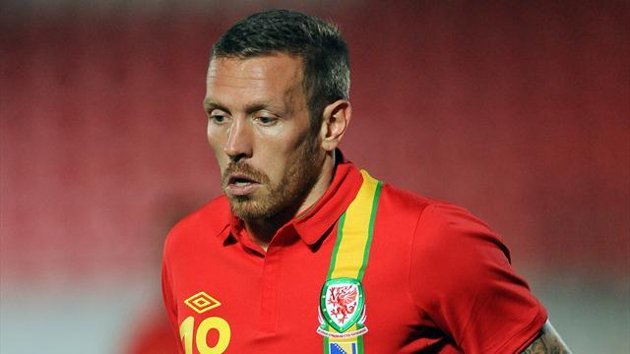 The team are currently without a win under Rush, having lost their first four games during his spell as manager. Rush has taken the opportunity to recall captain Craig Bellamy, who has missed the last four matches with injury. More bad news for Wales fans, however, is that Gareth Bale will miss the last two matches, after picking up yet another injury.