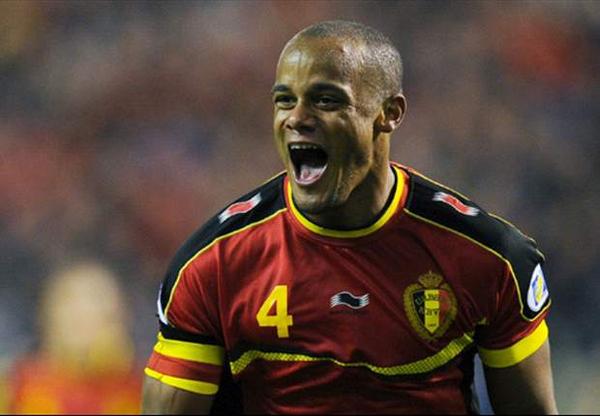 Belgium captain Vincent Kompany ended a nations' dreams of reaching the World Cup Finals, as he scored the only goal of the game against Wales.

The Welsh side battled incredibly well, and came up with a few chances of their own, but Belgium got the win, and Wales head out of the competition.


Wales showed glimpses of quality in this surprisingly tight game. Belgium kicked off, but there wasn't a real chance until twenty minutes had passed. World class winger Eden Hazard picked up the ball out wide, used his skill to bypass two Welsh players, before passing to Christian Benteke on the edge of the area. The Aston Villa striker could only strike a first time shot wide of Wayne Hennessey's goal.

Just before half time, Tottenham Hotspurs' Mousa Dembélé had a chance to put his side into the lead but dragged his shot at the last moment. The two teams went in level, Wales putting up a great fight against the strong favourites.

Wales made just one substitution at half time - the quiet Sam Vokes left the field to be replaced by young Jake Cassidy.

After half time, Hennessey was called into action straight away, following a mix up in defence. A throw-in from Neil Taylor had David Jones confused, and the ball went through to Benteke, who for the second time in the match failed to break the deadlock. A weak shot from inside the area was caught well by the Crystal Palace goalkeeper.

The only goal of the game finally came in the 50th minute, when Kevin De Bruyne of Chelsea swung a well delivered corner into the penalty area. Captain Vincent Kompany jumped highest to head home past a despondent Hennessey.

No more chances for either side in the match, but Wales continued to fight on. The final whistle went a 1-0.

Sadly, this loss marked the end of Wales' dream of reaching the World Cup Finals in Brazil, as Scotland only managed to draw with Croatia, meaning that the side went five points clear of Wales with just one game remaining. Wales slipped down to 4th, after Serbia beat Macedonia.
Login to Quote

Josh_MU
8 years
Unlucky... :(. I guess it gives you more time to prepare for the Euro's?
Login to Quote 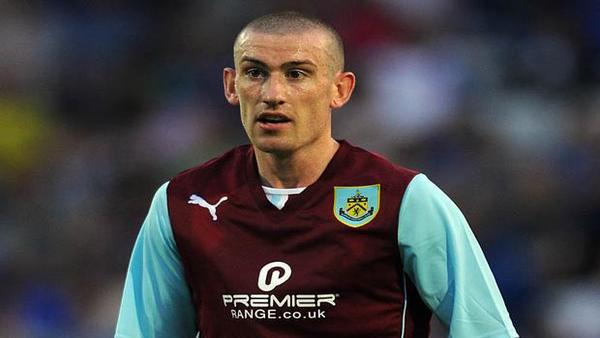 That's right, David Jones, who turns 29 in November, was eligible to play for the Welsh national team through his father, and finally made the step up to international football. The team lost 1-0 to a superior Belgium, but pundits noted the hard working ethic of The Dragons, and they were widely praised for keeping Belgium at bay for the majority of the game at the Stade de Sclessin.

Jones made a fairly solid start to his international career, much like those who have been called up to make their debuts by Ian Rush before him. He played the full 90 minutes, making a couple of mistakes (one that could have led to a goal).

We've caught up with David to ask him how he feels about getting his first cap for Wales under his belt.

BT: David, thanks for agreeing to speak with us today. It must feel great to have featured in an international game for the first time in your career. How did you feel when Ian Rush called you up to tell you that you were in the 23 man squad?

Jones: I wouldn't say that I was surprised at the call-up, since we needed cover for the injuries in the middle of the park. But that's all that I thought I would be; cover. When I found out that I was starting the game against Belgium, I was thrilled. I see the Belgians as being one of the most promising footballing nations, and to start against them is just the best feeling in the world.

BT: And how satisfied were you with the performance of the team, as well as your individual performance?

Jones: The team played fantastically, of course. We were expected to get demolished by Belgium, but we showed that we aren't that easy to beat, and even threatened their goal on occasions. I'm happy with my own performance too. Nobody expected big things from me, and I'm glad that I was able to contribute to a fantastic display from the team.
Login to Quote

Josh_MU
8 years
Jones is a decent player, with exceptional ears.
Login to Quote

Wales Bow Out With Style 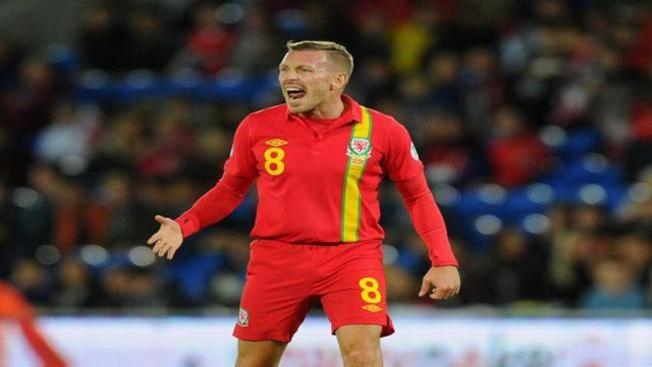 Wales may be heading out of the World Cup Qualifying Section, but they won't let that spoil their day, after they beat Croatia 2-0 at the Liberty Stadium, against all the odds.

Craig Bellamy and Joel Lynch grabbed the goals, and Bellamy turned in a fantastic performance in the second half, after coming off of the bench at half time. For the first time under Ian Rush's management, the team played in Wales, and managed to get their first win under him as well.


Croatia kicked off the game in a hostile Wales, with the fans desperately wanting a win to end their World Cup Qualifying campaign with a bang. After dominating the first half, Wales finally got a chance to open the scoring on the brink of half time, but David Cotterill's shot was blocked brilliantly by Luka Modric.

Ian Rush made three changes at half time, bringing David Cotterill off for Craig Bellamy, while Joe Allen made way for recently capped David Jones, and Sam Vokes left the field to be replaced by Craig Davies.

The Bellamy substitution was vital to the eventual win. Just ten minutes after coming onto the pitch, he nearly had Wales in the lead, after a brilliant ball from Aaron Ramsey, but Pletikosa was strong to save the shot. It rebounded to Craig Davies, but his shot was deflected wide of the goal.

Minutes later, however, Bellamy was played through again, this time by Davies, and the Cardiff City winger made no mistake in finishing the second time around. The Welsh team turned their attention to holding the lead, but showed signs of weariness at times.

Wales finished the Croats off from a Craig Bellamy corner. A near perfect cross from Bellamy found Joel Lynch, and the Huddersfield Town defender rose above the rest to score the winning goal.

Elsewhere in Group 1, Belgium lost to Serbia, but Wales' goal difference was superior, meaning that they finish in third place. Croatia finish in second, but miss out on a Playoff spot, after being named the worst second place team. Belgium top the group, and Scotland drew with Macedonia.
Login to Quote

Jer
8 years
Great win, shame about not going to Brazil, but maintaining a 1-0 score against Belgium, who are the dark horses in the WC, is admirable. The Croatia wins shows the improvement all ready.
Login to Quote 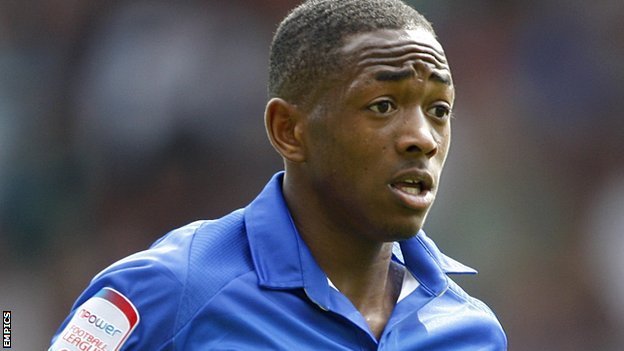 Colchester's Sanchez Watt could be in line to make his first international appearance for Wales, despite being born in London. The 22-year-old is also eligible to play for Jamaica.

Formerly of Arsenal, the winger is hoping to make his debut for Wales this month against either the Czech Republic or Bosnia and Herzegovina.

The Welsh side have recently won their first game under Ian Rush, in a 2-0 victory against Croatia, but will now be hoping to add to their win tally. Karl Darlow returns from injury, but worryingly for Wales, Gareth Bale, who missed the last squad due to an injury, has not recovered, and is thought to be out of action for Real Madrid for at least another seven weeks suffering from a torn hamstring.

Josh_MU
8 years
What have Madrid done to Bale?! #Justice4Wales
Login to Quote 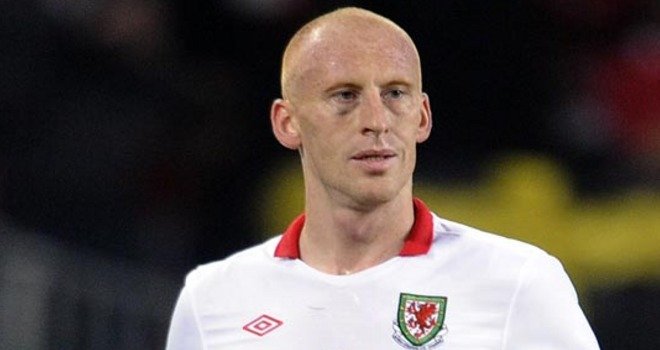 Wales shocked Europe last night to earn their second win under Ian Rush, as they beat The Czech Republic in their own stomping ground.

Petr Čech had an awful game, but all credit must go to Wales for capitalizing on this. They kept the opposition out for the full 90 minutes, and were rewarded with a fantastic 3-0 win.


Sanchez Watt wasn't picked in the starting XI, but it would seem that Wales wouldn't need him. The Czech Republic kicked off the match, but the first chance went to the visitors. Joe Allen and Sam Vokes linked up nicely, before Allen slotted a neat ball into the penalty area for the Reading striker to run onto. He shrugged off the challenge of Sivok, before firing a shot away, but Čech dived to save it from nestling into the top corner.

But when Wales came knocking again, Čech made a grave mistake - one that a keeper of his quality and experience should not be making, and in doing so, allowed Ben Davies to score his first goal for his country. After a good team move, Davies received it out wide, and drilled in what looked to be a fairly straightforward cross to deal with for Čech, but the Chelsea veteran let the ball slip through his hands and into the net to give Wales the lead after just ten minutes.

And the lead was doubled not five minutes later, Čech at fault again. A corner from Cotterill was headed at goal by Ashley Williams, but yet again, Čech let the ball slip from his grasp and into the net it went. This time, however, the dubious goals panel credited the goal as an own goal by Čech.

The Czech Republic had a chance to get back into it soon after, Arsenal's Tomáš Rosický pouncing on a missed interception by the goalscorer Davies, but Karl Darlow was able to beat the ball away for a corner with his legs to keep the two goal deficit. From the resulting set piece, Davies more than made up for his earlier mistake, turning into his team's hero twice in quick succession to block shots from Michal Kadlec and Adam Hloušek in quick succession.

Dočkal also had the chance to get his side back into it before the end of the first half, when he was played through fantastically by Rabusic, but on a fantastic half volley, Karl Darlow produced a wonderful save with his fingertips to send it out for a corner.

The half time whistle went, with Wales holding a surprising lead. Darlow, Davies, Collison, Vokes and Robson-Kanu all headed off of the pitch to be replaced by Boaz Myhill, Neil Taylor, Jon Williams, Jake Cassidy, and Craig Bellamy respectively.

The chances were more limited in the second half, with the first coming in the 73rd minute. But the first chance proved to be clinical. Cassidy called Čech into action, and won his side a corner. Cotterill whipped a ball in which found James Collins' head perfectly to make it 3-0. The game finished, surprisingly at 3-0, but Sanchez Watt did NOT make his debut - will we see him in action against Bosnia next week?
Login to Quote