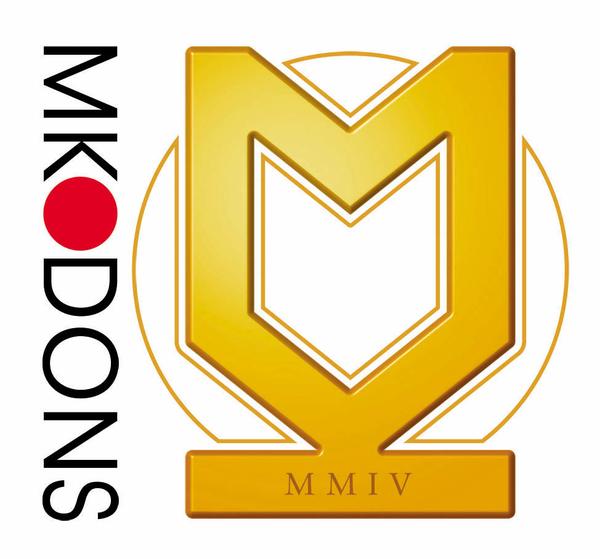 
Hello ladies and gentleman, and welcome to a brand new story from yours truly, where I will attempt to take Milton Keynes Dons to the top of the footballing pyramid - but with several twists. For those of you who weren't aware, the Dons are possibly one of the most hated clubs in English football. Why? Well, just last decade, the once thriving Premier League side Wimbledon were in severe financial trouble. They were in the shit, balls deep in the stuff, to put it lightly, and were threatened with folding. So when a Milton Keynes-based consortium came knocking, not for the first time, and offered them a move to the new town of Milton Keynes, complete with a flashy new stadium among other developments, owner Charles Koppel was enticed - in stark contrast to the fans who largely detested any such move. After months of discussions and hearings, Wimbledon were eventually cleared to move, which they finally did in September 2003. A season of relegation and administration later, and Wimbledon became MK Dons. The whole process had been extremely controversial, and to this day disputes about the club's name and history still take place. AFC Wimbledon were founded in 2002, and eventually rose through the lower leagues to become and cement their place as a Football League team. The first meeting between the new sides took place in 2012, a 2-1 win for MK in the FA Cup.

But why have you chosen them?

Good question, me. I've had this idea for a little while, ever since I noticed there was an almost total lack of MK Dons stories on this site, especially in comparison to AFC Wimbledon stories. I thought, for once, it would be nice to play as "the bad guy", and the whole idea of being such a controversial club really intrigued me. No history? Who cares, we'll write our own as we go along. On top of this, they have some great youth prospects, a top quality stadium and an interesting manager, for a number of reasons... 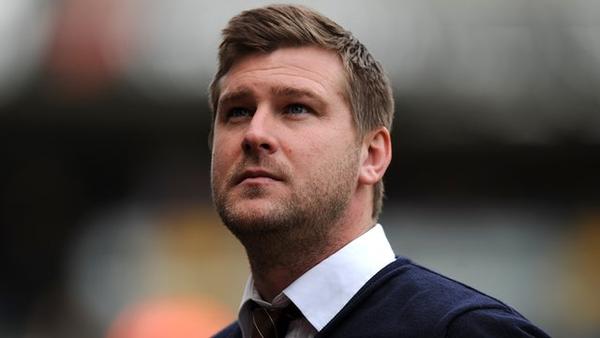 Karl Robinson
Nicknames: Karl "with a K", Robbo
Date of Birth: 13th September 1980
Trivia: At 29, he was the Football League's youngest manager at his 2010 appointment. Karl was also the youngest man to achieve a UEFA Pro Licence.

Karl Robinson seems the perfect suit for a manager, not least because he's already in charge of the club. Currently the second youngest manager in the Football League, after only Lee Johnson, son of Yeovil boss Gary, Robinson has stated on a number of occasions that he will not leave until he can get MK into the Championship. Although I plan to achieve much more than just promotion, a manager with such loyalty and determination to a club with a minimal list of legends and former players is a no-brainer for my choice for this story.

So what are your goals?

It's not about winning the Champions League or signing Ronaldo, as nice as they would be. I want to:

To stride towards these goals, however, I also neet to set some rules for myself. Failure to abide by these rules will result in a penalty, decided if and when it is required:

And, of course, any of these may be subject to change throughout the story, as I may look to impose extra limits for myself.

Thank you very much for reading the first update of this new story, I hope you enjoyed what you have seen so far. Any suggestions or constructive criticism are welcomed!
My past stories may not have been that long, or great for that matter, but I plan to surpass those with this story. It's not about getting a Story of the Month nomination, it's about making a story I can be proud of and you can enjoy. Once again, thanks a lot. 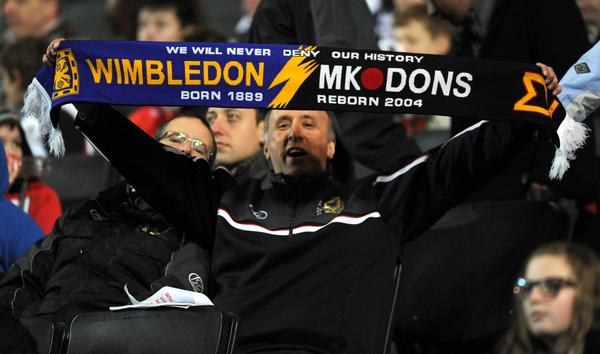 "They seem to be in total, if not complete control"
- Jon Champion, Football Commentator of 20 Years

#5 "Consistency is the Key"

TVDLC123
7 years
Great start, I know you can do a great job. I mean you playing as the most hated club in England, a match made in heaven! xD
1
Login to Quote

I wish you the best of luck!
1
Login to Quote

Why would anyone want to play for MK Dons, anyway? 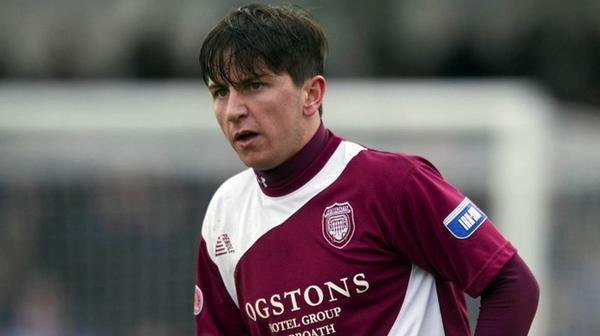 MK Dons boss Karl Robinson has already begun rebuilding for the season ahead as the Dons look to improve on last season's points haul by mounting a strong play-off push. Former England and Manchester United midfielder Alan Smith has been allowed to leave the club on a free transfer following a contract dispute between the player and his manager. Smith, who has 19 caps for England, began his career at Leeds and was a star player for the Yorkshire side at a time when new signing Josh Falkingham was in the club's youth setup.

Falkingham, who made a name for himself in Scotland, with appearances in all four professional leagues there, joins the club from cash-strapped Dunfermline, where he had previously captained the side, for a fee of £21,000. When questioned about the signing, Robinson described Falkingham as a "hard-working, determined central midfielder, with an eye to get forward but with some strong tackling in his locker when needed." Meanwhile, fellow midfielder Brendan Galloway has been loaned out for the entirety of the 2013-14 season to Skrill Premier team Cambridge Utd.

Robinson has also completed the signings of Irish defender Rob Kiernan from Wigan Athletic - for an undisclosed fee believed to be in the region of £120,000 - and promising Scottish striker Danny Handling on a season long loan from Hibernian. Handling, expected to provide competition for Izale McLeod and the injured Dean Bowditch, has already been touted as a possible star for the future, and the Dons gaffer has made it clear in no uncertain terms that he would love to bring the teenager to the club on a permanent transfer should the opportunity arise. Finally, relatively-obscure Irish striker Dean Clarke has agreed a pre-contract deal with the Dons, and will officially join from current club UCD Dublin in December.

In other transfer news, promising attacker Giorgio Rasulo has alledgedly been attracting interest from "dozens" of clubs in England and Italy, with some sources reporting that MK have rejected bids of close to seven-figure fees. While the authenticity of these reports remains questionable, manager Karl has insisted that Rasulo will remain an MK player for the forseeable future, claiming that "we've already got a contract in place that he'll officially sign when he turns 17, and we're certainly not ready to sell just yet. We've had plenty of interest, sure, from the Premier League and even Serie A, but Giorgio is staying as an MK Dons player." 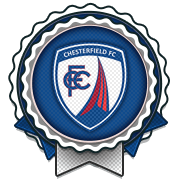 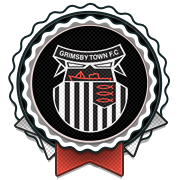 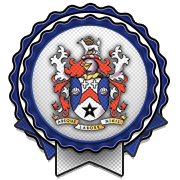 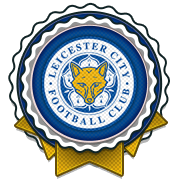 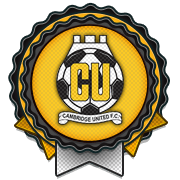 
By no means perfect, but a solid pre-season under our belts, ahead of the first game of the season - away to Shrewsbury. As always, thanks for reading, and for all your supportive comments from the last update.

And a special thank you to Justice for the incredible banner! 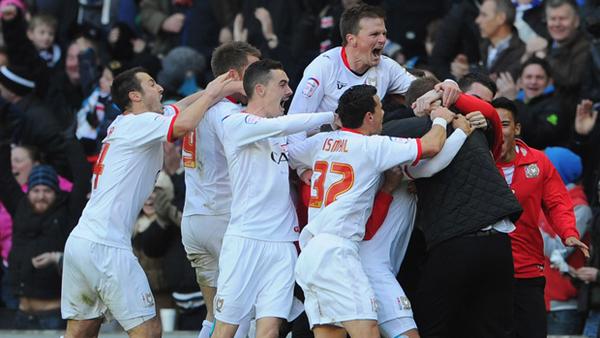 Walter
7 years
Rablador stories are always great, so I will be sure to follow this! Glad to see we've both got FM14 now

Josh_MU
7 years
God damn, what a great update! Love your update style! Also that banner is amazing!
1
Login to Quote


I wonder who made it!

MattZTH
7 years
Them team logo graphics are great, Man i used to live in Milton Keynes for a few years, so they are a team close to my heart...Kinda, Anyway good luck with the rest of the season, I will be following.
1
Login to Quote

Jer
7 years
Great banner, Justice. Pretty good update, a pretty solid outing in the pre-season, + the addition of the players can definitely make you go to the Champ, or what do you say :P?
1
Login to Quote