PSV have today accepted a bid of 250k for youth goalkeeper Jesse Bertrams. The Dutch 18-year-old wanted more chance of playing time, which he doesn't get at PSV, he claims. PSV manager De Wit: "We wanted to give Jesse this chance, I've got to admit, he's our fifth goalkeeper, so he doesn't have a very big chance here. We and AZ have agreed on a 25% sell-on fee for us, so if he develops well, and transfers for a bif sum, we will get a significant part of the transfer fee." PSV also has Jesse's brother, Nigel Bertrams, under contract. 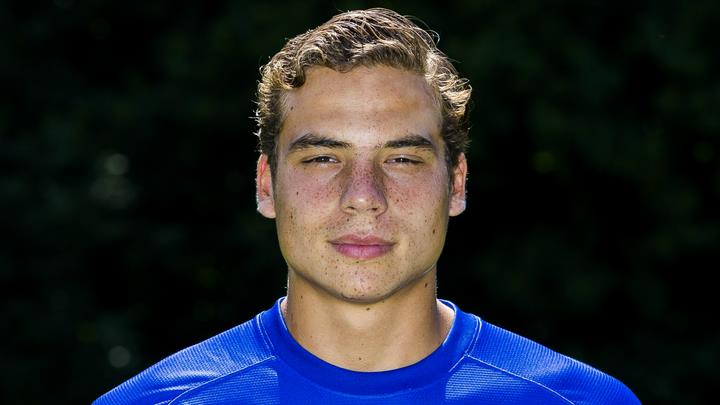 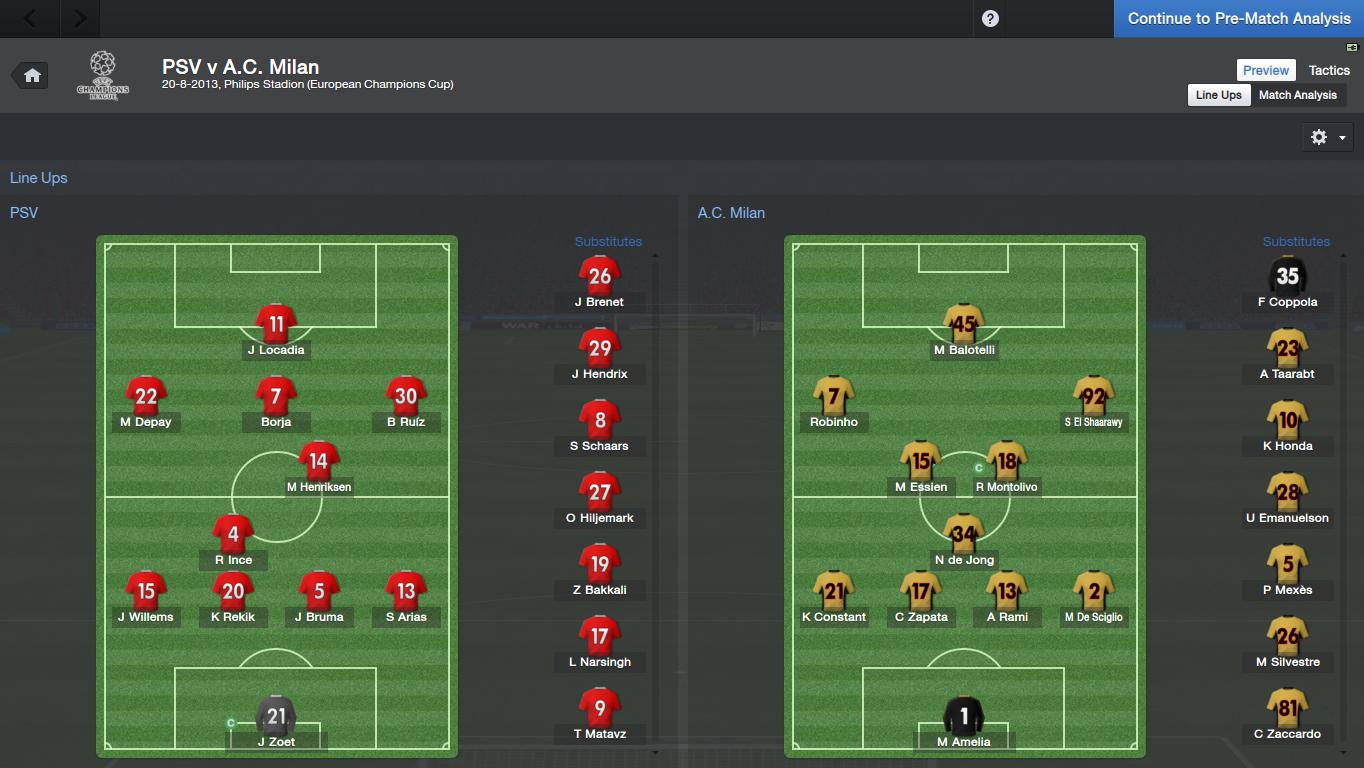 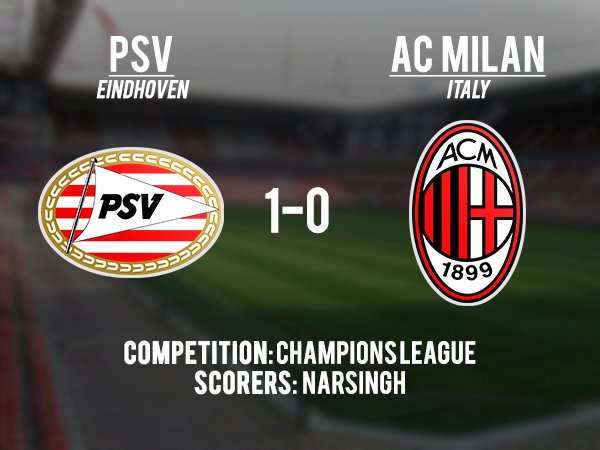 My Comments:
Finally! Some success, and we did it in style: against AC Milan! We had 45% possession, but we did have 12 shots (Milan had 10). I'm very pleased with the team efforts, especially Narsingh, he scored the winner in the 85th minute. Jeroen Zoet also put in a solid shift, he saved a penalty taken by Balotelli! That's surely going to give him confidence to push on.
Hopefully we can squeeze out a draw at San Siro, it would certainly be a great morale booster to get into the Champions League group stage!
Login to Quote 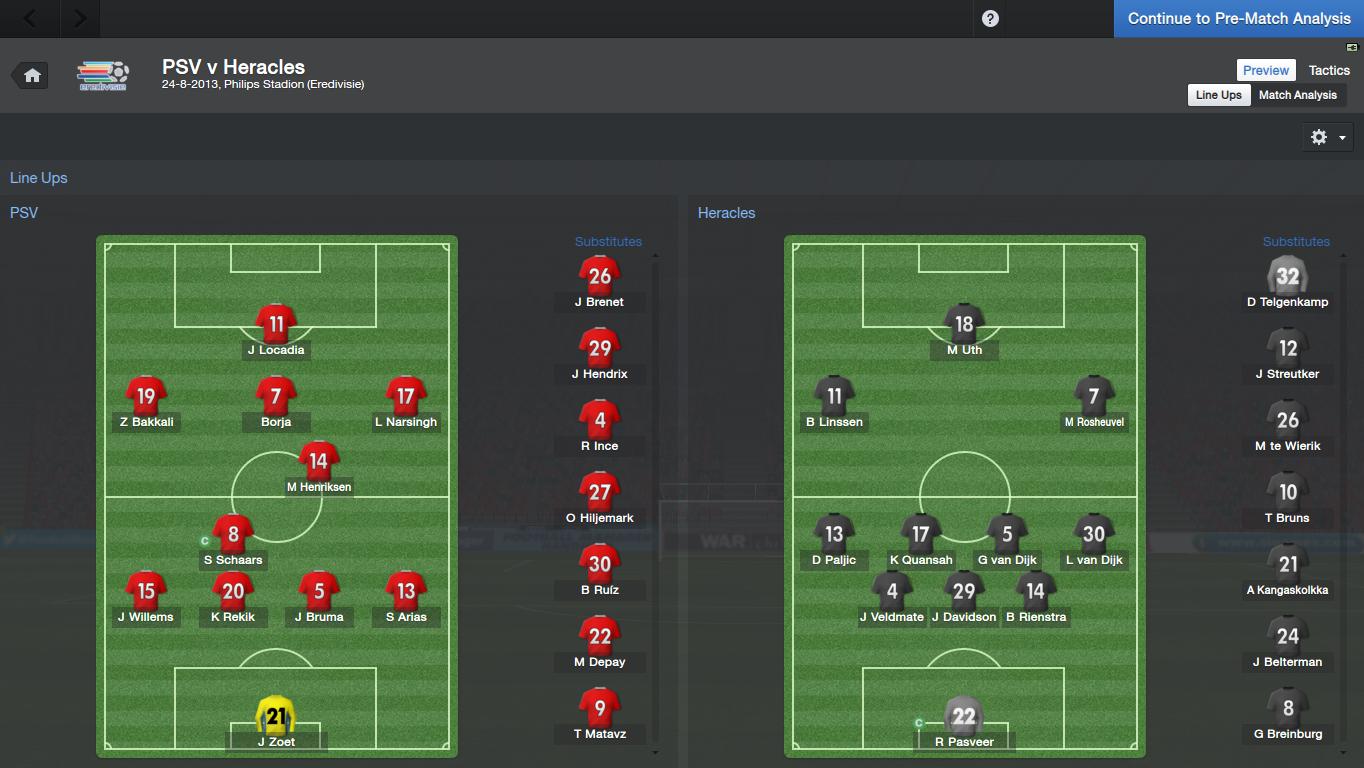 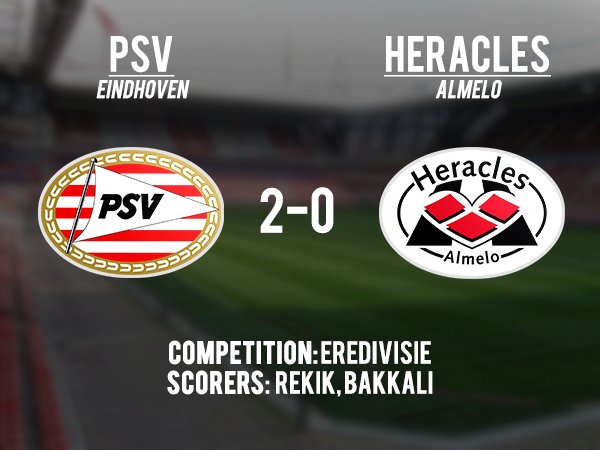 My Comments:
A very good, solid win. We controlled this match like you would expect against a team like Heracles. We had 22 shots, Heracles had 4. This, in my opinion, is a sign of better things to come. Let´s not get ahead of the game, but it seems that my tactic is working pretty well. I was really pleased with Bakkali today, picking up his first goal at PSV. 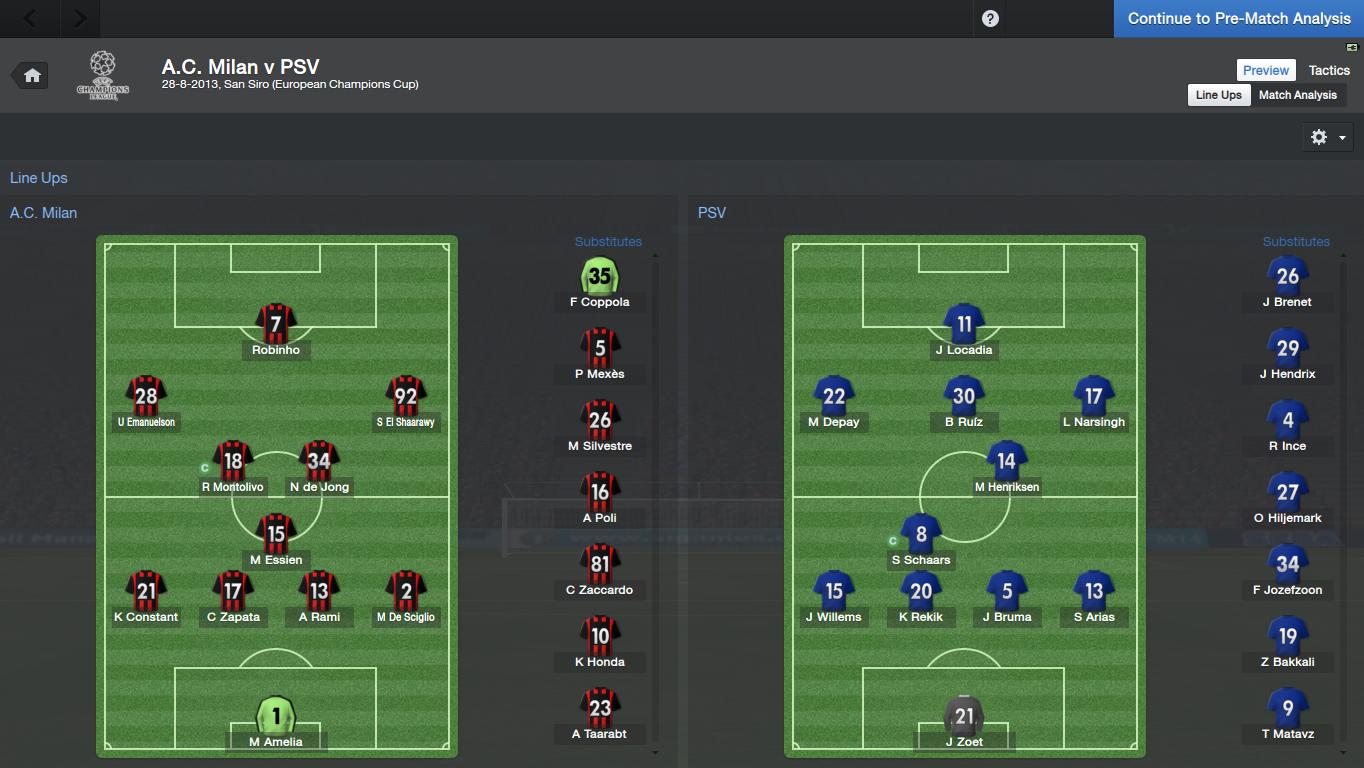 Another injury, Borja (our 3rd attacking mid) is injured for a month. We’re not very lucky at the moment…

My Comments:
I consider this my first step into turning PSV back into a top team: for the first time in years, PSV-fans will get to enjoy the Champions League! It was a tough result to take, but we pulled it off today. It took some changes: I put the tactic to defensive and very rigid, because I didn’t want to run the risk of conceding. Our defence put in a good shift, and Zoet only had to make one save. I’m very happy that the results are finally starting to come in.
Login to Quote

Zed
6 years
tallery1164: Thanks! I think I've finally got to a point where my players are understanding the tactic, and the tactics are working well at the moment!
Login to Quote

Bantams
6 years
I've just read this story from start to where it's currently at and I must say I'm enjoying it, you've had some fantastic results such as the AC Milan one! Very nice updates too with great graphics, keep up the good work!

Zed
6 years
Bantams: Thanks a lot! At the start, it was a real struggle, especially the result against ADO Den Haag was a hard one to take for me. And I'm glad you're enjoying the story and the graphics.
Login to Quote

PSV manager Arnold de Wit has left a good impression, by qualifying for the Champions League group stage, something PSV didn't do for a long time. PSV have been given 8.6 million euros for reaching this stage of the lucrative competition.

PSV's Road to the Group Stage:

Today, PSV participated in the group stage draw, along with teams like FC Barcelona, Bayern München, Manchester United, but also Ajax. They're the other Dutch club that qualified for Champions League football this season.

De Wit's comments on the draw: "This group seems doable, we should aim to finish 2nd or, at the very least, 3rd. I don't think there's a very big chance of us finishing 1st in this group. But I'm looking forward to finally hearing the Champions League-anthem in the Philips Stadium. There have been some very interesting draws this year, I really like the look of Group C. Ajax has got a very tough group, I think they won't go through, with all due respect."
Login to Quote

Zed
6 years
tallery1164: Yeah, it could have been a lot worse. We could have ended up in Group H instead of Ajax, that really is a hard group! And I think your group is very difficult as well, but luckily you did draw Dinamo, so you will probably reach the Europa League as a consolation.
Login to Quote

*deletes comment* still should be finishing second at least though!
Login to Quote

Today it was the last chance for Eredivisie clubs to get players in or out. PSV have had quite a busy summer buying and selling players, they have sold star players Dries Mertens, Kevin Strootman, Jeremain Lens under old manager Dick Advocaat. Meanwhile, De Wit brought in t Markus Henriksen, Rohan Ince, Geovanni Simeone and Borja.

On the transfer deadline day, PSV didn't buy any players, the did however send two youth players out on loan: Elvio van Overbeek and Peter van Ooijen. This is the complete transfer list of PSV for the season 13/14: 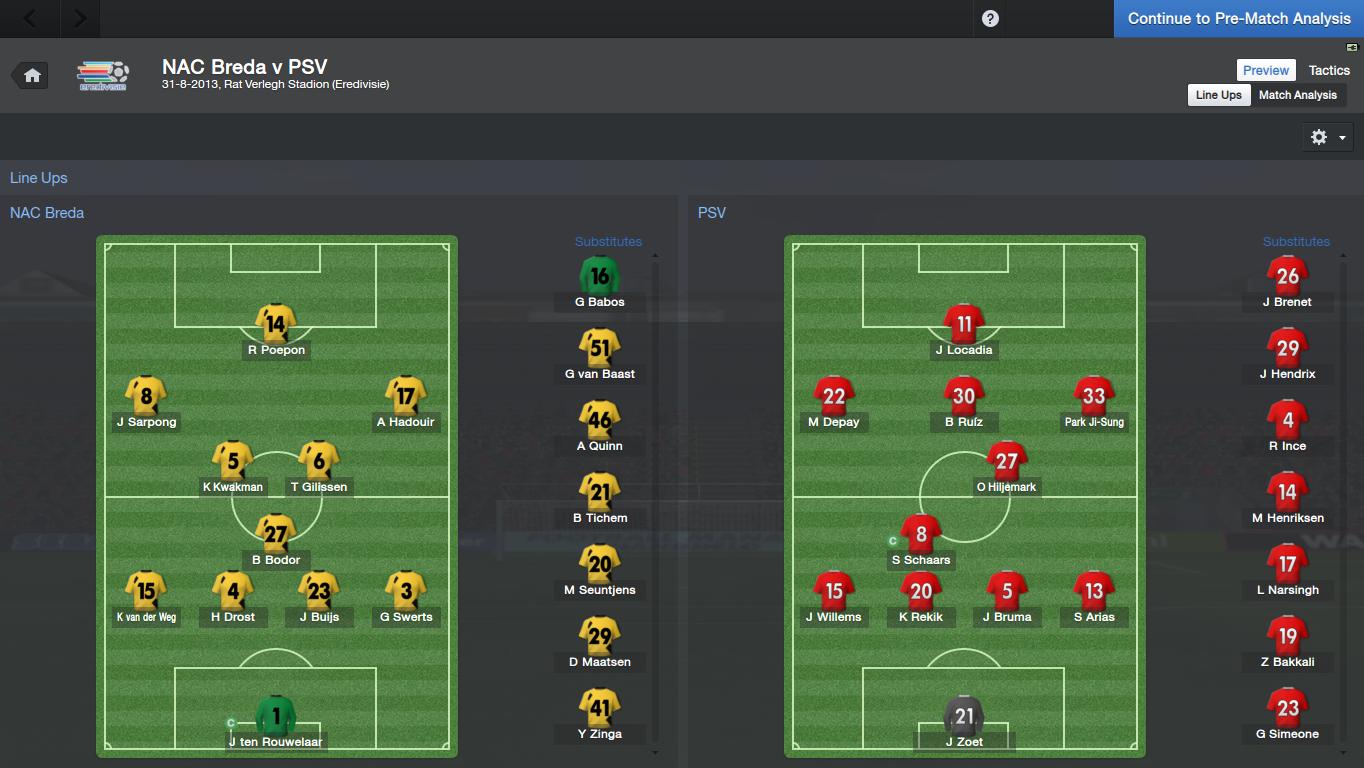 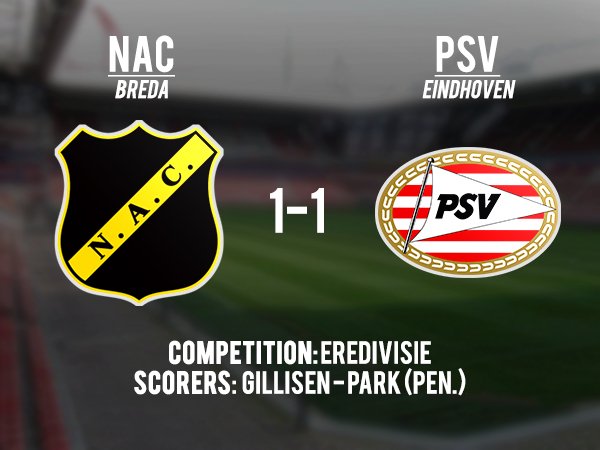 My Comments:
We seem to be struggeling with the PSV-syndrome: we can't win any away matches! PSV have struggled with this in real life as well, but that isn't an excuse for Football Manager. And to make it worse, our goal came from a penalty. I will maybe have to create a third tactic for away games, the way this is going! Star man was Depay, with a 6.7 (that says it all...). We did have more shots than NAC, but we've got to finish them more regularly. 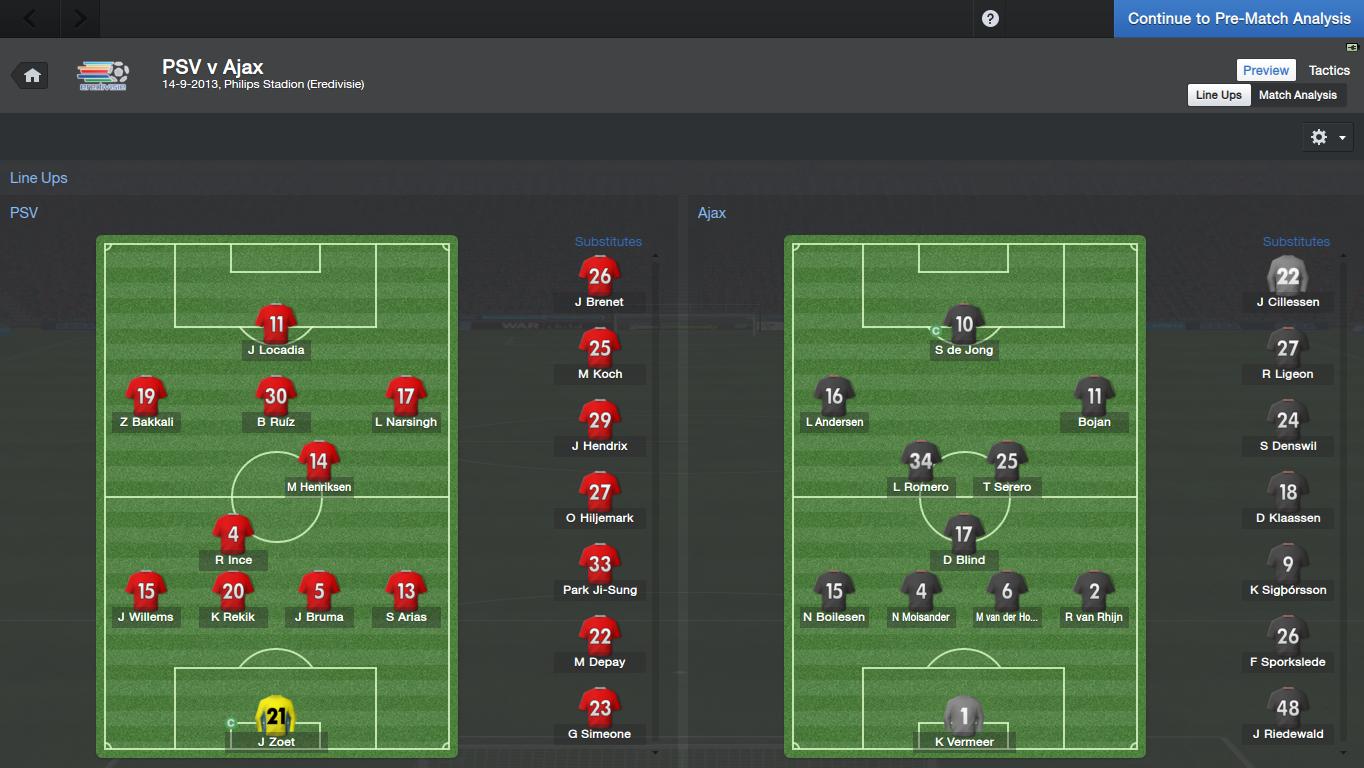 Stijn Schaars got injured on international duty with Holland. Hendrix will serve as a back-up to Ince on the midfield (thanks to tallery for the tip 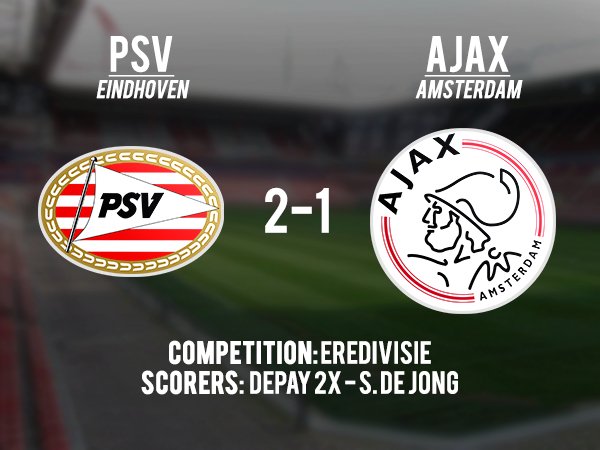 My Comments:
We came back from behind, and I feel it's because the changes I made. For once, they seemed to work! It's also very nice to see that we're starting to gain some momentum. And we're finally finishing the chances we get, because we had 5 shots, 3 on target, and we finshed 2. Star man was undoubtably Depay, he scored all two of our goals, and worked hard for the team. I'm less pleased about all the injuries, we've got 4 long-term injuries at the moment, all of those are from players that would play in the first team normally.

We're starting to climb, which is nice to see. What's not nice to see, is that NAC have picked up only one point, and they picked up that point against us!
Login to Quote

Zed
6 years
AAN: Thanks! I hope we can get off to a good start in the Champions League as well!
Login to Quote

You are reading "PSV: Back to Glory Days".