The Catalan Giants are still looking for a new manager after Gerardo Martino left the club unexpectedly. It is rumoured that Martino had an ‘argument’ over the clubs ambitions for the future. It is said to be that Martino only expected Barca to qualify for the Europa League.
“The team is full of old players, who are passed their peak. They won’t be in the game for long, so why should I.. Uh... have to keep them in a team?”
An insider at the club told one our top journalists this as he had overheard the conversation walking through the top training facilities. 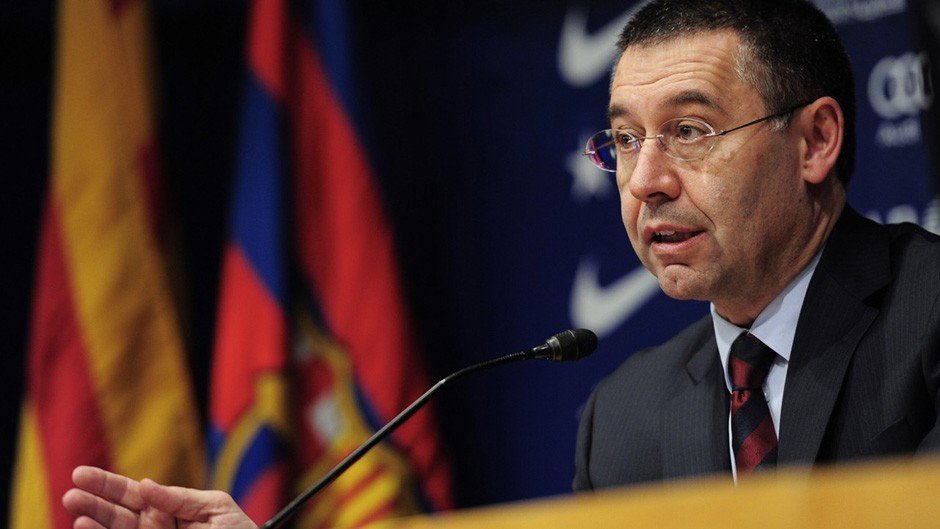 "We are still looking for a new manager. I want to appoint someone who can bring trophies to our wonderful fans. They deserve it. I also want the manager to bring the best out of our players. They have served the club well over the past years, and deserve to have someone who is great with the players. We will be hoping to appoint someone new in the next 72 hours." Barcelona chairman Josep Maria Bartomeu speaking to Marca.Com
Login to Quote

pokarioboy
7 years
As a Barca fan, I will be following, so goodluck!

PJGrieve7
7 years
@pokarioboy Thanks! Hope you enjoy
Login to Quote


Unknown Scottish manager PJ Grieve has taken over at Barcelona after Gerardo Martino left the club last week. Grieve who is only twenty-five has no managerial experience whatsoever. His first job was stacking shelves in a local supermarket in Scotland, so he would have enough money to pay for coaching badges after he left University. Grieve is not known to have had any jobs in football, and that this is first, and probably the most challenging job he will ever take. 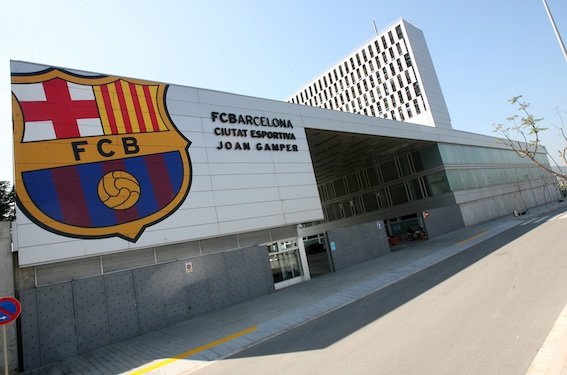 PJ Grieve has signed a one year contract and will be on €78,000 per week. His first press conference as manager is tomorrow at 3pm.
Login to Quote

pokarioboy
7 years
Nice start! Can't wait to see the tactics and how you guide Barca!
Login to Quote

The Lower League Specialist
7 years
I will be following this story... I'm also doing a Barca save but for a slightly different reason (see my European Challenge thread. Good luck with it!
Login to Quote

Zed
7 years
Nice use of BBcodes, and a good start man! Good luck in your first season!
Login to Quote

JB- I’d just like to welcome you all here, and also announce our new manager who is here beside me.
PJ- Thanks Josep! It’s great to be here, and I can’t wait to get started.

JB- Okay, so now if you’d like to ask any questions to our new manager, this is your time to do so.

R- Do you feel as though your ambitions for the club are met by the chairman?
PJ- Absolutely. I have no doubt that chairman has the clubs best interests at heart and the fans are fortunate to have such an ambitious mind running things. (Bartomeu chuckles)

R- Do you feel the expectations asked of you are fair and realistic?
PJ- I’m very happy with the direction we are going in. Everyone at the club wants to be the best they can be, nobody more than me.

R- The expectations of a team such as Barcelona stature are enormous. Do you feel that you will be able to continue of success?
PJ- Success is in this great clubs blood, and I expect myself to continue this tradition. The setup here will also help me achieve my ambitions.

R- While some managers are famous for their hand-on approach, others maintain a more reserved manor with their players. How do you see your management style?
PJ- There is a chance of me getting involved, but by large there has got to be a degree of trust.

R- As you know the transfer window is now open, are you looking to make some new signings before the new season starts?
PJ- Yes, I would like to make a few signings, or maybe just the one. As long as I have good depth in the squad, and have a quality team that can win trophies.

JB- That’s all for now thanks. This press conference is now over, thanks for coming along.
Login to Quote

@The Lower League Specialist Thanks, hope you like it. I'll give your story a look.
@ASR-PSV Thanks alot!
Login to Quote 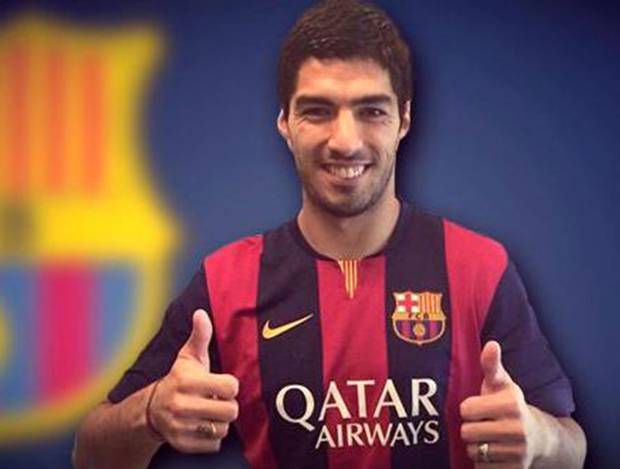 Luis Suarez has signed a five year deal for Catalan Giants Barcelona worth €10,000,000 per year. The initial transfer fee is said to be around €95,000,000 but it has not yet been confirmed by either club. Twenty-Six year old Suarez will wear the Number 7 shirt for Barca, which was once worn by David Villa before he moved to Atlético Madrid.


The controversial striker is well known for his bite on Branislav Ivanovic against Chelsea last year, which he received a 10 match ban for. He also got banned for racist comments to Patrice Evra.


But Suarez has a prolific goal-scoring record at Liverpool scoring some magnificent goals, which helped Liverpool in their hunt for Champions League football- In which they were unsuccessful. He scored eighty two goals in one hundred and thirty-three games for the club. 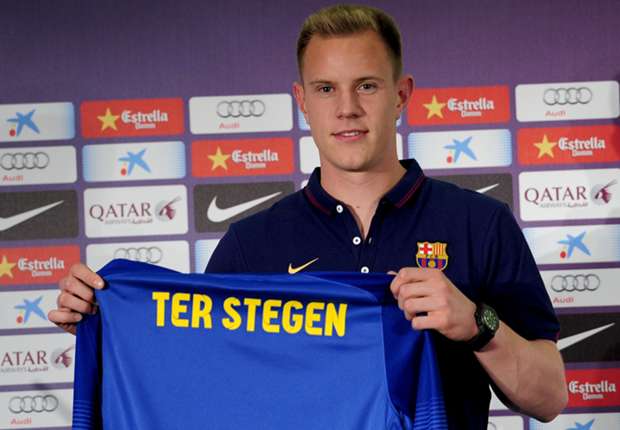 Also joining the club is twenty-one year old goalkeeper Marc-André ter Stegen on a fee worth €12,000,000. Ter Stegen joins Barcelona from German side Borussia Mönchengladbach. The young prospect has signed a two year deal, with the option of a further three years. He has taken over the Number 1 shirt from Victor Valdes.
The German played 100 times for Gladbach from 2009 to 2013. Ter Stegen has reportedly been brought in to replace Valdes as the first team keeper.
Login to Quote 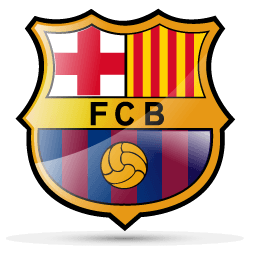 Pre-season was very good for Barcelona. Winning five games out of five scoring 20 goals and only conceding 3 goals. The game against Porto was great, putting five goals past them - Messi scoring three - The main test they came up against was affiliate side Al-Ittihad (KSA), as they only scraped a 2-1 victory, with early goals from Neymar and Marc Bartra.


So overall pre-season was good for 'The Catalan Giants'. The young players played well, with a couple of them scoring and grabbing assists. Suarez seems to have fitted in to the side well scoring two goals. 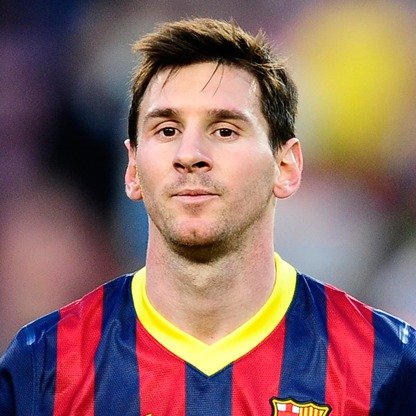 Messi was great over pre-season. Scoring eight goals in which he scored two hat-tricks.
Login to Quote

pokarioboy
7 years
Glad to see Messi doing well! How are you playing him with Suarez and Neymar? But an extremely good preseason!
Login to Quote