Search
On FM Scout you can chat about Football Manager in real time since 2011. Here are 10 reasons to join!
Home › Forums › FM SCOUT › Contests
Pages


That would be allowed, yes.
Login to Quote 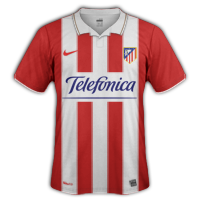 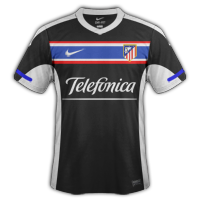 In third place was TodayAtTomorrow, whose red and white striped home kit was often said to be the "best kit of the lot", and with an away kit of black, white, blue and red, she picked up a total of three votes.
2nd place

There was a tie for second place in the very first week! One of these third placers was a member who has recently made a name for himself in the kit making world by impressing people in the Kit Thread, it's ASR-PSV! His home shirt was red and white stripes with a blue and gold trim, the away was two shades of blue with a white trim, and the third kit was three different shades of grey (47 to go...). Made by Nike and sponsored by Canon, these kits picked up 5 votes. 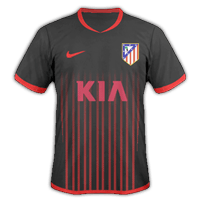 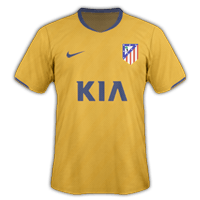 And in joint third place with ASR was a set 8, made by moderator and story writing legend Pompeyblue! His home kit was red and white stripes with a slightly lighter blue trim, while his away was black with thin red stripes coming from the bottom, and the third was a simple yellow shirt with a dark blue trim. These picked 5 votes too, and were made and sponsored by Nike and Kia respectively. 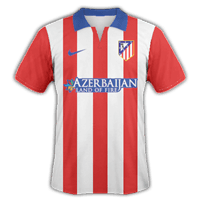 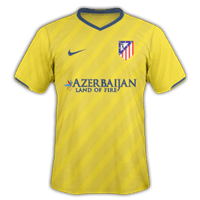 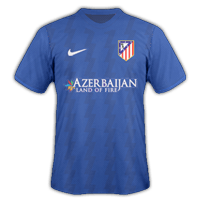 In the first restarted KOTW, the winner were these three lovely kits, set 2! The home kit was red and white striped, the away had two shades of yellow, one for the base and one for diagonal stripes, with a dark blue trim, and the third kit was two shades of blue in a basic yet beautiful shirt. These kits were made by ARSENAL_RuleZ, and gained 7 votes to win the first week!
Final Positions
5. Set 10, made by ZapdosTheGreat, 1 vote
4. Set 1, made by tallery1164, 2 votes
= Set 3, made by Neal, 2 votes
= Set 5, made by AlexTHFC, 2 votes
= Set 6, made by Justice, 2 votes
3. Set 9, made by TodayAtTomorrow, 3 votes
2. Set 7, made by ASR-PSV, 5 votes
= Set 8, made by pompeyblue, 5 votes
1. Set 2, made by ARSENAL_RuleZ, 7 votes


Note: Set 4 has been removed from the placements as I realised that the third kit was just taken from the internet. These were made by JamesWilson, and got 6 votes.
Login to Quote

Zed
8 years
Great, clean kits, the deserved winner in my opinion! I really like them!
Login to Quote

JamesWilson
8 years
I didn't :A i made it my self . Haters gonna hate .
Login to Quote


look at the Atletico Madrid part - http://www.fm-base.co.uk/forum/kits/112105-lewisdevlin97s-kit-thread.html
Login to Quote

Just because we dislike the fact that you did copy that kit, that doesn't make us "haters".
Login to Quote

Justice
8 years
Congrats to the winner

Disappointing to hear that someone cheated though

Congrats to Arsenal, a truly deserved winner, and thanks to everyone who voted for me!
Login to Quote

For week 2, you will be making kits for Manchester City, who are surprise champions because, through the latter stages of the season, were not the favourites to win, and were sitting far behind Liverpool in 2nd place. However, they managed to win the Premier League after a few mistakes from the Reds. Their home kit is light blue and white/black/gold, and the away and third (this time you must make a third) can be whatever colour you want.

Tallery
8 years
Ah, that better - I don't like stripes!
Login to Quote

God, this has really got a bit Leno now xD
Login to Quote

You are reading "FMScout Kit Of The Week Competition Restart".