Search
On FM Scout you can chat about Football Manager in real time since 2011. Here are 10 reasons to join!
Home › Forums › FM SCOUT › Contests
Pages 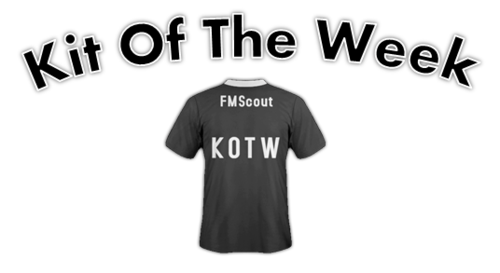 Welcome to FMSCOUT KOTW, restarted! Since Louis ran the competition so well until it stopped due to a sad lack of kits, I've decided (with the help of some others) to get this back in action, starting from the beginning. Meaning that no winners from the old version will be kept in this version, this is a completely new, restarted version. In this, you will make a set of kits (home, away and third) for whatever team given, which will just be done randomly, each week. Every month will have a theme, so for four weeks, you will make kits for a club from that theme.

For example, in January, if the theme is Premier League clubs, the first week could be Arsenal, then Chelsea, then Newcastle, then Everton. The theme will be revealed on the first Tuesday, as will the first team. Each team will be revealed on Tuesday unless you are told otherwise, and you will have until Friday morning to make them, and at that time, the poll will go up with all of the kits, and you have until Sunday morning to vote.

PM me the kits you make, and I will check that they obey the rules below.

Rules of The Competition

• The kit must be fantasy in some way. You can use the same sponsor and brand, for example, but you cannot make an exact copy of a previous kit from that club.
• You can only submit one entry for the one week.
• In your set, you must use the same brand and the same sponsor on each kit, but you can change to a different version of the brand or sponsor's logo.
• All three kits must be 180x180 or 200x200, so they can find on one row to make for a nicer layout.
• For your home kit, you must use their traditional colours. You can use a slight variation of this colour if you want, but don't use blue if you're supposed to be using red. For the away and third, you can go crazy with whatever colours you want.
• Don't show anybody else your kits or it'll ruin the element of surprise to the poll.
• Every kit must be a separate image.
• Save your kit with no background and no pictures around it. Just a kit on nothing.
• You can only make SS kits unless asking me beforehand. In this case, I will allow you to make FB kits or Standard kits, as they are similar to SS kits.
I hope this becomes successful, and let the kit making games begin!

Tallery
8 years
I am up for dis, bring it on, I will smash the competition

ARSENAL_ruleZ
8 years
I've missed this so much!
Login to Quote

Not if I smash it first

I've missed it too, exactly why I brought it back

I knew you would

I knew you would

The 510 Series
8 years
Let's do this! I've got PS now so my kits are more interesting than before!
Login to Quote

There are only two weeks left of July, which gave me the perfect opportunity to give you a rare theme, where there's only one obvious team. The second team may or may not be a surprise to you, but you'll know why that team goes with the theme when you see it. Anyway, the theme for July 2014 is Unlikely Champions of 2014. This means any shock team who won the league in the 2013/14 season. They can be shock teams by being a complete outsider, or coming back from a bad half of a season. Now, I bet you're wondering who one of these shock teams are...

For week 1, you will be making kits for Atlético Madrid, who stunned Barcelona, Real Madrid and the rest of the world by taking the Liga BBVA trophy. Even though they only have home and away kits (pictured below), you will make home, away and third (opt) kits for Atletico, and PM them to me by Friday morning. The club wears red and white stripes with either blue or gold. 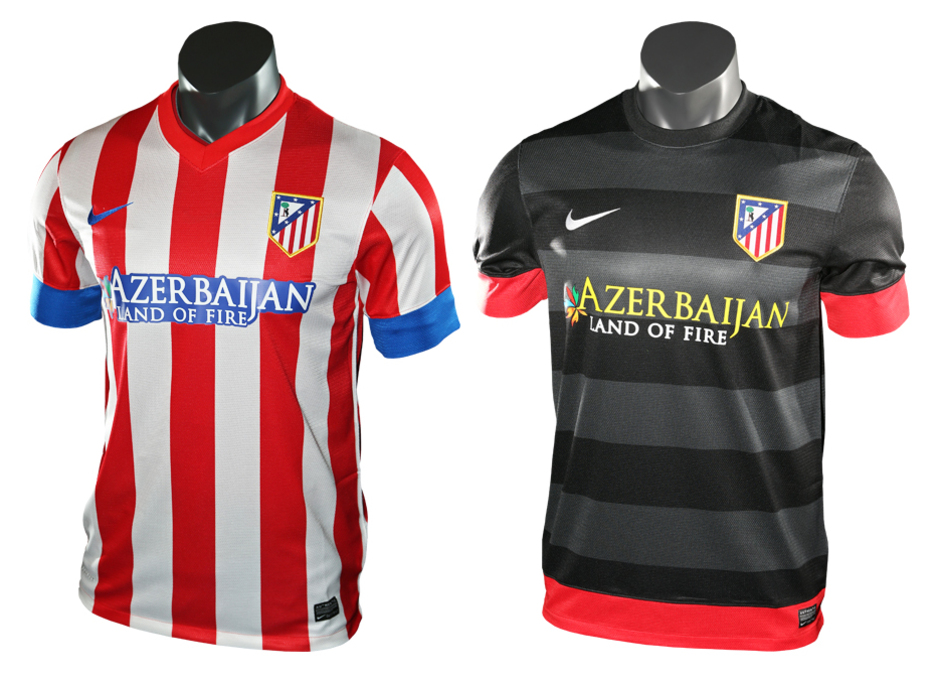 JamesWilson
8 years
Yeah it's back.
Login to Quote

The 510 Series
8 years
Does it have to be League Winners? Could it be things such as shock promotions, such as Rotherham United?
Login to Quote

Sorry, that's the theme. That could be a later theme for another month, and I'm not excluding lower league winners!
Login to Quote

Justice
8 years
For home kits, is traditional style mandatory? Say Celtic's green & white hoops were replaced by a green kit with a white trim, would that be eligible?
Login to Quote

You are reading "FMScout Kit Of The Week Competition Restart".