Hey guys, this is my fourth and most likely my final story before the launch of Football Manager 2015. I'm a casual player of Football Manager and an average player at best, I've had my good saves (Liverpool, Arsenal and Juventus) and my bad saves (Chelsea). The persona that I will be using in this save is just myself. 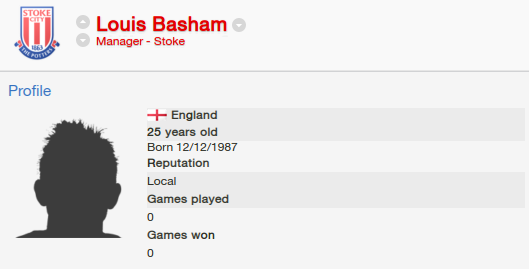 I will be accomplishing the following things:


I will be updating this save when it feels necessary (monthly reports), this way it keeps pressure off my shoulders and I have more fun. Anyway, this was a very brief introduction. I would like to ask you this question..


Traditionally you see a league table and you exclaim that it's split into three sections. The relegated, the winner and, everybody else. That's how most people see the Premier League. My philosophy and my beliefs are different. This is how I view the table... The green section is what in my view, everybody should be striving for. These four teams are typically made up the 'best' teams in the Premier League - Manchester United, Chelsea, Arsenal and Manchester City. These are the generic Champions League qualifiers that are always expected to come into the top tier.

The blue section is interesting to me, because this is where the teams that are striving to break into the top tier, teams like Everton, Tottenham and Liverpool. What falls into this tier is also European qualification. These teams are the most determined, in my eyes.

The yellow section is the saddest, not the red. The yellow. The teams that fall into this tier, is the tier that are just trying to stay up. They have no goals. They don't aspire for European qualification. They do enough just to stay in the Premier League.

The red section is the worst teams of that year. They leave the league and that's it. It's typically harder and I envy the managers in that tier because they are teams that aspire to be greater, unlike the yellow tier. This is my tactic for Stoke. This will be my bread and my butter. The target man requires somebody with intense strength and passing ability, in order to create chances for the upcoming creative playmaker. The defensive forward's aim is to win the ball back in the attacking midfield while the playmaker roams the final third looking for space.

This tactic is solid from wing exploitation due to the defensive wingers and limited fall backs. The Regista plays a more attacking deep-lying playmaker role, therefore he will most likely push into the midfield section and assist with attacking plays. The defence is very limited and has tight marking to stop passing play in my half.

Regarding transfers and which players will be leaving and which will be staying. To me, it's quality or form over experience. I will take my time and weigh the prospects, see which players fit into this tactic the best. If not, they will leave or warm the bench.
Login to Quote

Griffo
5 years
Great start! I would love to see you bring in young English talent like Sam Byram, Will Hughes & Jordan Rhodes!
Login to Quote

Overall, my expectations is that I'm going for first place. I'm not here managing Stoke to finish fourth or fifth. I believe that every manager's expectations should be the same, from West Brom to Manchester United, any club, when you walk into your Team Meeting you should say that you're here to win the league. We may not win the league, but that's the goal. You should always try to win the league.

Not very much to say due to there only being 4 matches. Concerning the league, we have picked up a point in every match which is great, however I feel we should have defeated Arsenal due to how much possession we had in the game. We got throttled by QPR and then we had a four goal comeback in a thrilling encounter. It's very hard to select a player that has been great in only 4 games. However, Ryan Shawcross with his amazing defensive work in the four matches. He's adapted to my tactic and philosophy extremely well. Shawcross is quite a tall player at 6ft 5, which makes him a great asset when it comes to heading the ball at attacking set-pieces and defensive set-pieces. Nothing too spectacular, it's early days to predict the table.
Login to Quote

Tallery
5 years
Like the layout, good luck!
Login to Quote

After a very poor and disappointing pre-season, I noticed we had lacking ability in the midfielder and attacking positions, I had to make some changes. The initial budget was double digits due to the database I'm playing on and the high expectations I've addressed to the board. I sold four players who I thought were no use to me whatsoever. I brought in only two young players in which have the potential to be world-class.

Will Hughes 5 million signing was a huge bargain for me, after declaring interest in the player to the press, he instantly wanted to join the club. The main attraction for me towards this player, is the potential for him becoming a star as an attacking-midfielder in the Premier League. After his forty appearances and five goals at Derby last season, the player most likely thought, he wanted something new, that something new is a transfer to Stoke. 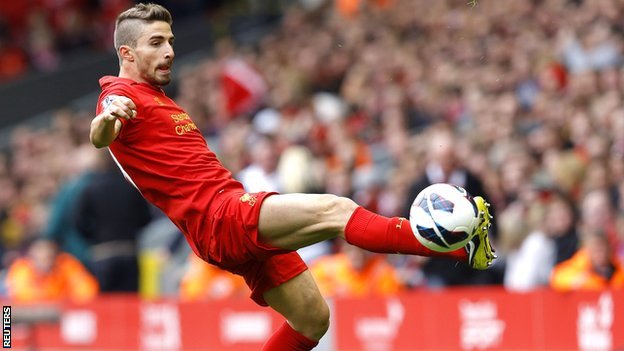 Fabio Borini was a player that wasn't going to get any playing time at Anfield, and if he was, it would be very miniscule. After an average season at Sunderland last season, netting ten goals within forty appearances, it struck my interest. He's still a young player and I feel there is a lot to come from the lad.
Login to Quote


This was a fantastic two months, my young signings are really starting to break into the team and show there true qualities. I signed veteran striker Emile Heskey as a back-up target man, he will only play if Peter Crouch is unavailable due to fitness or injury problems. Fabio Borini sustained a minor injury, putting him out for 3 weeks, however after the Newcastle game, he is back to full fitness.

Losing only 2 games out of 17 is a huge success. A significant highlight is the double win over Manchester City in the Capital One and Premier League. We actually started September quite sluggish, picking up wins by only 1 goal difference or a draw (in some cases). Regarding the league, we picked up 27 out of 39 points in the past 2 months. Which to me, a mid-table expectation team pulling off this amount of points is truly phenomenal. After a bargain transfer to Stoke, Will Hughes has left nothing but a huge impact in the last 3 months. Joining Stoke for £8 million, he has netted a total of 4 goals and assisted 3. He has scored in every game for the last 4 games and he is being played as an attacking midfielder, in the Chelsea game as a defensive midfielder. He has obtained a fantastic 74% pass completion record and a stunning 75% shot on target record. Looking at the league table, it's exactly where I would like to be. We are chasing the top spot because that's the goal in my eyes. A disappointing Liverpool and Newcastle are generally quite surprising, I was expecting, especially Liverpool to be pushing for European qualification. However, it's still early days into the most-competitive league in the world.
Login to Quote

Joe
5 years
Really like the layout of this save, and a really nice update. Keep going mate and good luck !
1
Login to Quote

Griffo
5 years
Good advice earlier in the thread from some Griffo guy then!
Login to Quote


Another repeat of a great set of months. We reached the Capital One Cup final in which have yet to face Manchester United on the 2nd of March. I have seen some outstanding performances from the senior players, especially attacking players. Unfortunately, I feel that they will be replaced during the Summer transfer window. A few injuries have appeared in the midfield however, nothing major.

A huge win over Crystal Palace and Sunderland is a particular highlight. This would help our goal difference in the Premier League. Notable mentions would be defeating Arsenal and Liverpool in the Capital One. The Capital One is a big priority as I would like to get one of my accomplishments completed in the first season of Stoke. Losing to Manchester United and Arsenal hasn't startled me as it's only 6 points lost.

The leading target-man Peter Crouch has had some fantastic performances these few months. He hasn't played every game due to some minor injuries however, when he has, he has performed to a very high standard. Picking up 4 goals against Everton and Charlton in back-to-back fixtures. Just picking up goals wherever he can. 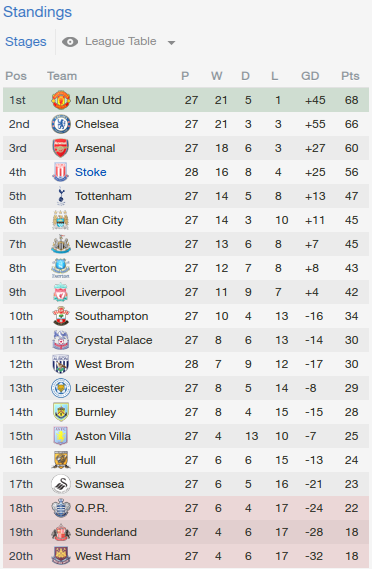 The league is really starting to mould. The final sprint is on with only 11 games to go. Manchester United showing a huge dominance with only 1 defeat in the league. A very disappointing Manchester City sits in 6th place, Manuel Pellegrini has been forced to depart from the club. Liverpool from the table, seems to be missing there superstar Luis Suarez significantly.
Login to Quote

InvertedWingbacks
5 years
great start man, loving the detail in this, although a wee bit more might not go amiss: crazy to see you so high in the table this close to the end of the season - keep it up!
Login to Quote