Mansfield Town FC - Up The Stags!


Hello everybody, MrJK as returned! With only a few months left to go before Football Manager 15 arrives i thought I'd play one last save as I've been off here for 2 months and previous to that we did the Chairman game so the last story i actually did was around 6 to 7 months ago and I'm raring to get a game started! I've decided to go with my club, Mansfield Town who I've been watching since 1994! I attended my first game at 4 years old, though i can't really remember much. It's been a difficult time for us stag fans though now days many clubs are in similar positions, we finally returned to the football league after 5 very long years in non-league football in a league which is becoming more and more difficult. I shall be using a transfer data download on this game. Enjoy the story! 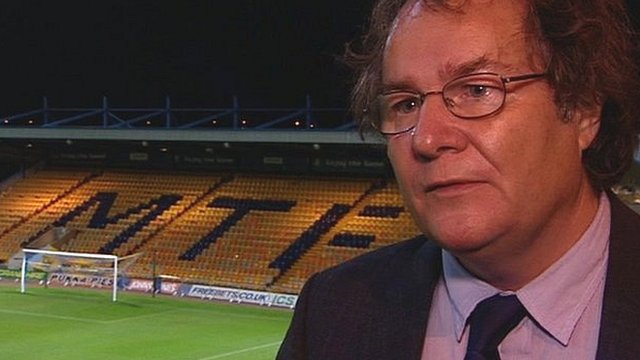 John Radford, Owner of Mansfield Town Football Club today released a statement directed to the fans stating "changes are imminent" This as left many fans wondering exactly what he plans to do, Mansfield Town finished 11th in the SkyBet League 2 last season which was a great attempt for their first season back in the Football League. John Radford as always stood by manager Paul Cox so it's unlikely any changes to the managerial aspects of the club could be affected.

Many fans have took to twitter asking players and also tweets to John Radford him self asking what changes will be made but he's giving nothing away.

We spoke to the manager of Mansfield Town, Paul Cox earlier today "I have no idea what's going on at the minute, John hasn't been in touch with me for a few weeks as most of us are on pre season break so I'm really unsure what's going off until i speak to him when i return, it's very unusual that John as gone straight to the press, especially if it's anything to do with me" Just by speaking to Paul Cox you can understand he's nervous.

Sky Sports understands that a official statement will be released tomorrow afternoon.

Coxy
5 years
Isn't this the club with the naughty piece of minky on the board? Hoping she gets involved

Joe
5 years
Yay another JK story!!! Can't wait for this to be as good as the others. Good luck!
Login to Quote

Arvind
5 years
Great to see you back Jamie 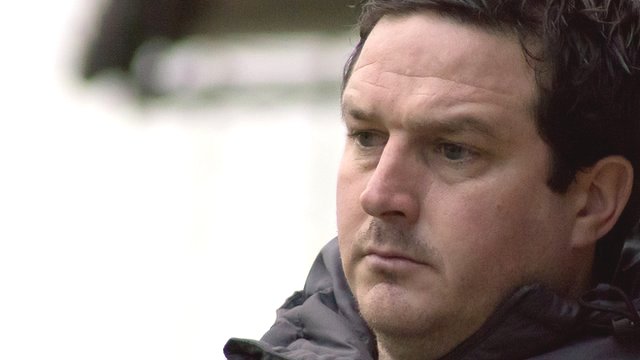 Paul Cox, manager of Mansfield Town Football Club has today been sacked following a statement by owner John Radford which was titled "Changes are imminent" Nobody seen this coming as Paul Cox helped Mansfield win the title 2 seasons ago in the Non-League to give them promotion back to the Football League where he then finished 11th, and for the first season back in the league was a good achievement. It wasn't obviously good enough for John Radford and CEO Carolyn Radford.

We spoke with Paul Cox following his sacking "I'm very disappointed with this outcome, I've spent the last few years putting a team together and bringing players from the non-league and creating them into league players, This is football I'm afraid and I'll have to deal with it, this won't be the end of me though"

Following the sacking we sat down with Mansfield CEO Carolyn Radford "It was a decision spent many days discussing and there was no easy way of telling Paul after the success he's brought to the club and we want to thank him for that. We feel a change is needed for us to progress and give the fans even more excitement! We do have a manager in mind and he's flying over to discuss terms tomorrow but until then everything is in the air. Everyone at Mansfield Town Football Club wish Paul Cox the best for the future"

Mansfield fans have took to social media to slate the actions of the boardroom following the sacking of fans favorite Paul Cox.

http://arntrnassets.mediaspanonline.com/radio/s01/693181/Phoenix-Chris-Greenacre-Photosport.jpg
Chris Greenacre has been appointed manager of Mansfield Town on a one-year deal and vowed to "make history" at the club. Greenacre emerged as Mansfields preferred choice shortly after Paul Cox was sacked. John Radford, the Mansfield Chairman, said in a statement from the club: "In Chris Greenacre, we have secured the services of one of the upcoming managers in the game today. Mansfield provides him with a fitting stage on which to write new chapters in the Mansfield Town story".

"It's a massive club with an infrastructure and fan base geared to be a huge club," Greenacre told BBC Radio Nottingham. "I want to get my teeth into it and achieve promotion. I'm looking forward to starting. I want to put the club on the map - I put an honest plan together, which I feel the club can achieve." Chairman John Radford said: "He is a very ambitious manager and a winner. I know that he understands my vision, and believes in what we want to achieve. Radford added: "Chris has a wealth of knowledge and has lined up some exciting prospects to join our squad. "We have set Chirs a target of a top-five finish and we would like the fans to get fully behind the new manager.

Greenacre began his career with Manchester City in 1996. Whilst at Maine Road he was sent out on loan to Cardiff City, Blackpool, Scarborough, Northampton Town and Mansfield Town in order to gain first team experience. However he failed to make the grade at Manchester City and so joined Mansfield Town on a permanent transfer. He became a prolific scorer for the "Stags" scoring 58 goals for the club in three seasons. This led to Division One side Stoke City signing him in August 2002. However despite arriving with high expectations he struggled to cope with the higher level and managed just 9 goals in three seasons at the Britannia Stadium. He left for Tranmere Rovers where he found his level and in four seasons at Tranmere Greenacre scored 53 goals. After his contract expired at Rovers he decided to join New Zealand based, A-League side Wellington Phoenix. He played three seasons for Wellington helping the club to three consecutive finals series places before retiring in 2012 and becoming the assistant manager

JamieFMS
5 years
Is that how you got so many posts? Pointless ones like that?

Yea thought so.
Login to Quote

Nice start, good luck! Nice to see you back.

Aaron
5 years
Good start Jamie. Don't know if you got the message last night, so here's the banner > https://imgur.com/tjabeIS
Login to Quote

Griffo
5 years
I call dibs on Carolyn!
Login to Quote 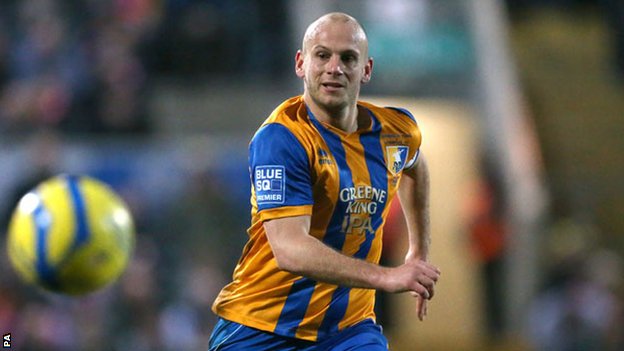 Chris Greenacre today announced the release of ex Captain and now former player/assistant manager of Mansfield Town. Adam Murray had 3 spells at the club during his career, the first back in 2002 when he joined the stags from Derby County on loan making 13 appearances and scoring two. The second was in 2004 when he joined after being released by Kidderminster Harriers where he went on to make 32 appearances and finally the third he joined in 2010 until present making 125 appearances and helping them secure the non league title.

Chirs Greenacre told BBC Sport "I have nothing against Murray but he doesn't fit into my plans unfortunately and I shall be announcing a new player/assistant within a few hours, We wish Murray all the best for the future and I'm sure he'll go on to become a great manager as that's what he's looking to do"