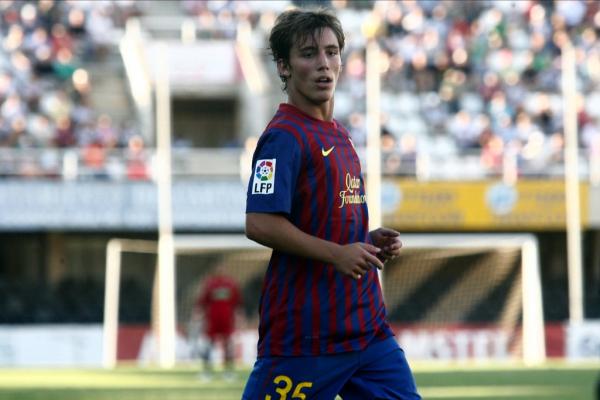 After constant reports of a move to Arsenal during the January transfer window, Alex Grimaldo was able to concentrate on his football again; and scored the second goal in his sides 4-0 win over Guijuelo. 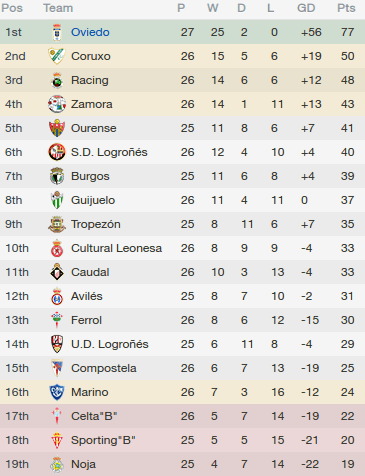 Player Of The Month - Diego Cervero 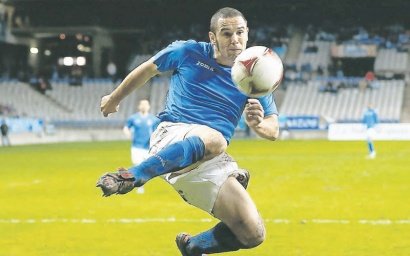 Oviedo legend and captain Diego Cervero is now level with Carlos Munoz's all-time Real Oviedo scoring record (118) has claimed the player of the month award for the THIRD month in a row as he once again fired his team to another unbeaten month with five goals in five games.

The 30 year old hit braces against S.D. Logrones and Marino and put the gloss on the 4-0 win over Guijuelo with the fourth and final goal. Cervero was unable to add to his February tally in the 0-0 with Burgos however, after missing two clear chances against the 9th placed visiting team, but Cervero's form so far this season shows that even the best players can have blips.

The Oviedo captain's five goals now takes his tally for this season to 14 league goals and an incredible 16 league assists. In terms of SDB1 assists, teammate Vicente sits 4 behind on 12 and is followed by Pablo Rey of Ferrol on 11; a truly incredible season so far for the Oviedo club legend.

'First of all I would like to congratulate Diego Cervero on his fantastic achievement of tying the club's all time goalscoring record. The joint-holder of the record, our very own attacking coach Carlos Munoz would also like to extend his best wishes to Diego as our number 9 looks to make the record his own before the season is over.'

'Secondly I would like to thank our fans for their patience during the January transfer window. I know there were a lot of reports of Alex Grimaldo's future and yes Arsenal bid for him, but we know that Alex has a key part to play with us and he is more than happy to continue his development at the club.'

'I also thank our fans for their patience, I know many of you wanted to see some new signings during the transfer window and I maintain that the scouts, the board and myself were very active during the month. But after our performances during the first half of the season, I saw no available players that could gain a first-team place in our squad.'

'Our fantastic work in the Segunda Division B1 continues as we have created an even bigger gap between ourselves and our rivals and I applaud the team for their hard work once again. Despite us picking our second draw of the campaign we once again responded well and that is the key point to remember.'

'Take care and thank you for all of your support this month.'

Bantams
7 years
I've just read this story from the beginning, it is a fantastic read and set out really well, best of luck in the tacky play-off system the Spaniards have going over there, I'm sure you'll pull it out the bag though!

Feliks
7 years
Holy shit you are domimating everything now, league record points and securing the title with 8 games to go, here you come!
1
Login to Quote

swanny8589
7 years
absolute domination!! nothing is stopping you from the title now,

try your hardest to keep Griamldo at the club as long as possible, hes a big asset to the club
1
Login to Quote

Coxy
7 years
Bantams: Wow thank you mate, I appreciate you taking the time to read the whole thing!

Yeah the playoffs are a nightmare set-up but i'm sure we'll carry on our form from this year!
Feliks: Oh yes, we're fucking shit up!!

Toonman: I fielded so many bids for Grimaldo through January but we managed to keep hold of him! Luckily he didn't request to leave or anything so i'm happy! 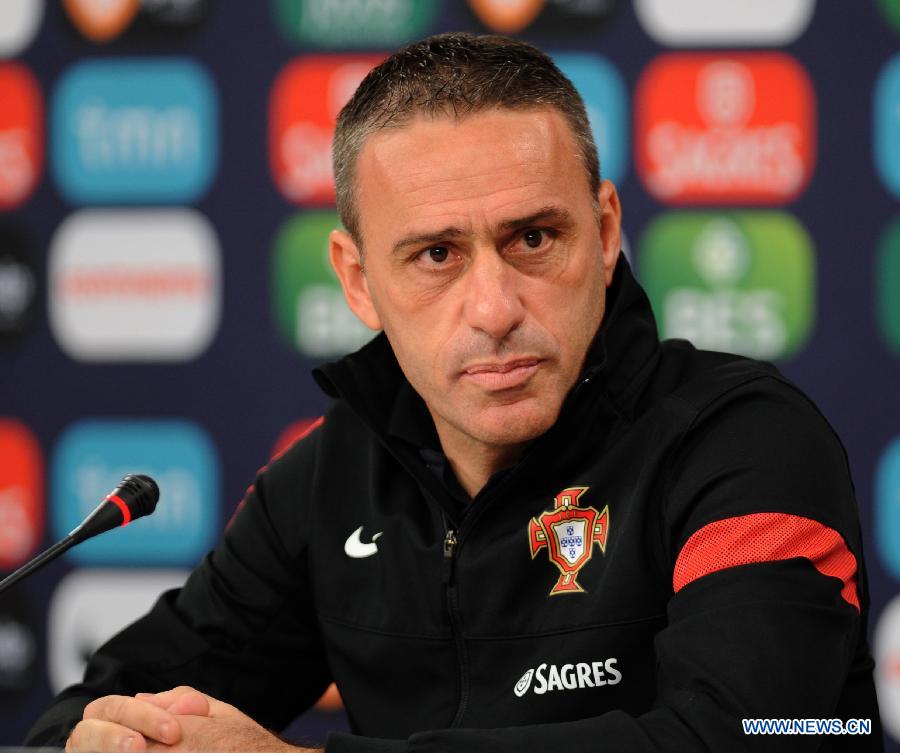 Portugal boss Paulo Bento was extremely complimentary about his former team in an interview with the Portuguese and Spanish media before Ronaldo & Co's friendly game vs Spain.

Paulo Bento told the media about his happiness to see his former team Oviedo once again playing attractive football and finally looking to gain promotion to the Liga Adelante under Fernando Hierro after many years out of the higher tiers of Spanish football.

'It's a very happy time for me to see one of my favourite clubs achieving success again.' Bento told reporters at the Nou Camp today.

'I had many great years with Oviedo and they are a team that do not deserve to be so low down in the divisions. They are a La Liga team and the whole nation knows that.' he added.

Bento played for Oviedo for four years between 1996 and 2000. The tough tackling defensive midfielder scored 4 goals in 136 appearances and was a player at the club when they were relegated from La Liga in 2001 after finishing 18th, causing the Portugal manager to jump ship and return to his homeland with Sporting Portugal. Since that relegation, the Asturias based club have never been able to recover, falling to another relegation in 2003.

'Fernando is a warrior of a man. His fighting spirit and winning mentality is the reason the players are fighting for Oviedo. He expects 100% in everything you do, on or off the pitch. I can see him dragging that club out of the mud and back into the top division where they belong.' he said.

Bento is not the only former player to praise Hierro and the club recently with current Arsenal midfielder Santi Cazorla and loanee Napoli striker Michu both telling the press about their happiness to see their boyhood club back on it's feet.

Oviedo play Ourense this coming weekend and can secure the Segunda Division B1 title with a win, and also break the league points record in the process.
Login to Quote

Feliks
7 years
great to see the support from the old players, maybe you should get them back at the club when you make it back to La Liga, Cazorla and Michu in your team would be nice
Login to Quote

Happyfeet
7 years
Wow! You are smashing the league. I love this story
Login to Quote

Coxy
7 years
Feliks: Cazorla and Michu would be amazing! Juan Mata started his career with Oviedo too, unfortunately Oviedo are far from rich though, but maybe one day Hierro can push them to return!
Happyfeet: Thank you mate, really happy you're loving it! Hopefully we can keep it up!
Login to Quote 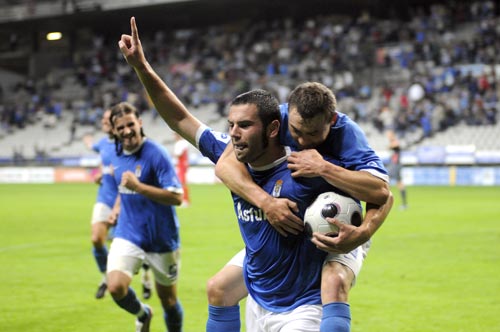 After scoring in the 24th minute vs. Ourense, Diego Cervero is now the club's all-time leading goalscorer with 119 goals, taking over the record from current coach Carlos Munoz. 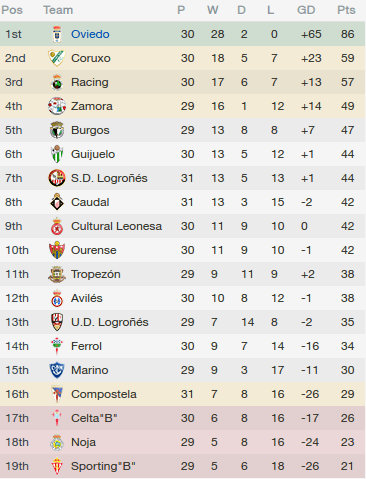 Player Of The Month - Xavier Annunziata 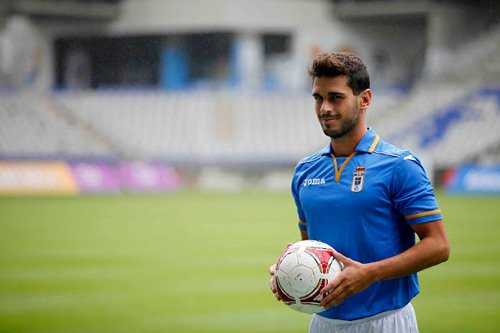 Despite Diego Cervero taking many of the plaudits this month for becoming Oviedo's all-time leading goalscorer, it was Annunziata who wowed the fans with his eye-catching performances.

Despite already confirming themselves as league champions, Oviedo maintained their winning run with a string of dominant performances, and the 26 year old winger hit braces against Racing Santander and Compostela to make him the Segunda Division B1's current leading goalscorer with 17 goals so far in this year's campaign.

The Oviedo number 7's previous highest tally for a season was 12 when playing for Osasuna's B team, a number which he has far surpassed this year with 2 months of the season still remaining.

Annunziata has flourished under Hierro's guidance after the manager made the decision at the start of the season to switch the attacker from his left wing position to a spot on the right, a choice that has paid dividends this year. Don't be surprised to see Annunziata's name linked with a host of clubs this coming summer.

'Well what a whirlwind first 9 months on the job. We have secured 1st place in the league and have still not tasted defeat, which is something we can be extremely proud of.'

'The hard work however is still far from over; we must concentrate on the next month and a half of games as we attempt to maintain our winning mentality so that we can secure promotion to the Liga Adelante via the play-offs at the end of May.'

'I would like to congratulate Diego on becoming Real Oviedo's all-time leading goalscorer. A feat that every professional striker dreams of when playing for their hometown team. We will celebrate this magnificent achievement properly at the end of the season when we can afford to break our focus for a little while.'

'I would also like to express my delight and publicly say how happy I am that I have been offered the option to extend my contract with the club. I have no doubt in my mind that I want to continue to grow with Oviedo and the news will be confirmed in the coming days and the small details are completed.'

'Thank you again to all of our supporters and everyone involved in the club. You all deserve this championship and I promise we will do everything possible to gain promotion in May.'

swanny8589
7 years
Great season zo far, hopefully you go undefeated, but the real work starts next season when you play the big boys
1
Login to Quote

Coxy
7 years
Toonman: Thanks mate! Yes i'm already planning for next year, hopefully the playoffs shouldn't be to much trouble!
Neal: He is a beast, defenders who are club legends just make the best managers don't they?! 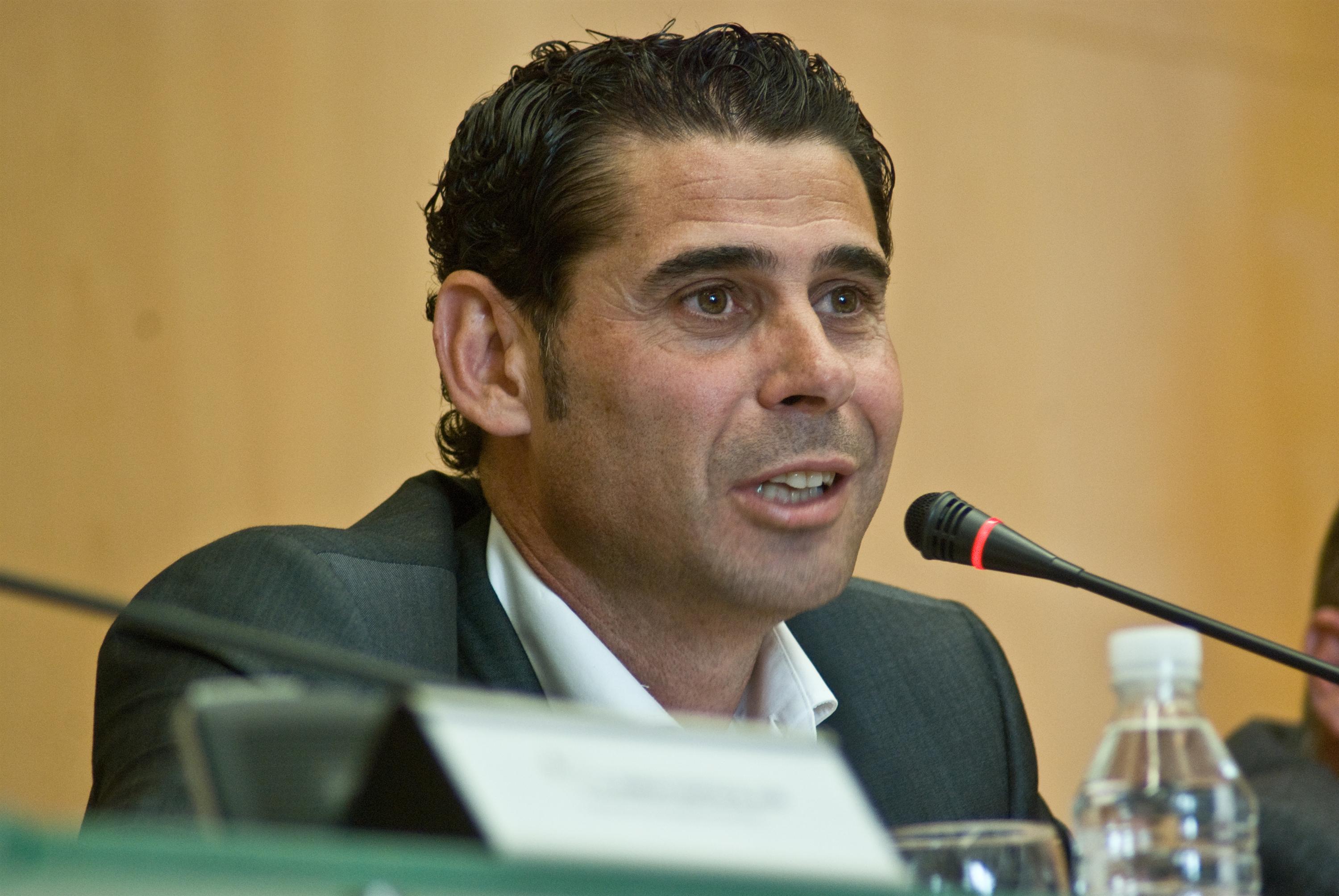 Real Oviedo boss Fernando Hierro has worked wonders for the Asturias based club this season with the team unbeaten after 30 games in the Segunda Division B1.

Following an amazing start to his managerial career, former Real Madrid legend Fernando Hierro has signed a two year extension on his contract that will see him stay at Real Oviedo until July 2016.

Hierro had 4 months left to run on his previous deal and was already the highest paid manager in the division on a wage of £3,300 p/w. After swift negotiations, the former Madrid captain will increase the gap on his fellow managers and will now earn £3,600 per week; unless he achieves promotion to the Liga Adelante this season, which will see his weekly wage packet increase to £4,000.

'It's a great period for this club and i'm so happy to be the man in charge for it.' Hierro said at a press conference in front of the Spanish media today.

'I want to thank the board for believing in me from the beginning. Hopefully now I am repaying their faith in me and can take this club to the next level.' he added.

Hierro had no previous managerial experience before joining Oviedo back in June 2013, but after a spell with Real Madrid as a coach and a brief period with Malaga as Director of Football; Hierro has found his calling and taken to management seamlessly.

'Fernando has done such a great job and we hope he can take us a step closer to La Liga this May' stated Real Oviedo Chairman Jorge Menendez.

'The work he has done in such a short space of time is unbelievable. We cannot thank him enough and we are thankful that he picked us... I know he had many offers to become manager at other clubs.' Menendez added.

Hierro's side meet Celta Vigo's B team next weekend, with Oviedo already securing 1st place in the league without it even turning April yet.
Login to Quote

Feliks
7 years
Well I don't think any club would let you run out your contract with that form!