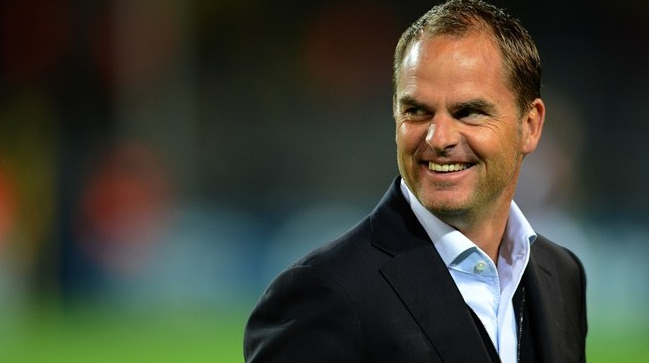 I will be playing as the current manager Frank de Boer. A short biography is below:

In 2007, De Boer took up a coaching role at his former club Ajax where he was in charge of the club's youth sector. During the 2010 World Cup, he was the assistant of the Netherlands national football team, with retired player Phillip Cocu. On 6 December 2010, after the resignation of Martin Jol, De Boer was appointed caretaker manager of Ajax until the winter break. His first game in charge was a UEFA Champions League match against A.C. Milan at the San Siro, a game they won 2–0 through goals from Demy de Zeeuw and Toby Alderweireld. He then went on to help Ajax become champions of the Eredivisie for the 2010–11 season in a 3–1 home victory over FC Twente, the champions of the previous year, on the final matchday. Making the first year of his professional coaching career a golden one. "I couldn't have wished for a more beautiful birthday present," said Frank de Boer, as the club's 30th championship was won on his 41st birthday.

In two and a half years at the helm of Ajax, Frank de Boer has already won three championships, making eight in total (when including the five that he won as a player). According to reports, De Boer was offered the chance to interview for the Liverpool job but turned it down to remain with Ajax. "I am honoured by the request but I have only just started with Ajax," he said. In 2013, De Boer received the Rinus Michels Award for manager of the year in the Netherlands after leading Ajax to their third successive Eredivisie title.

In May 2014, De Boer was heavily linked to the manager's job at English Premier League side, Tottenham Hotspur. The reported fee offered is £6 million and it was accepted by Estudiantes manager Mauricio Pellegrino last night. The manager was confronted this afternoon by the press in his home in Leones.

Reportedly Gastón Gil Romero will be arriving in Amsterdam for a medical and contract negotiations tomorrow morning.
Login to Quote On a mild summer's evening at Amsterdam Arena, Ajax had the honour of lifting the Super Cup after Ajax's 4-2 Super Cup extra time victory over Zwolle.

Centre-back Joel Veltman suffered the ignominy of scoring a calamitous own goal in the 11th minute. Tireless midfielder Thulani Serego equalised for Ajax in the 29th minute with an incisive finish from 16 metres.

Denmark Under 19s captain Lucas Andersen then put Ajax in front after 38 minutes with a placed shot. Striker Tomas Necid then equalised for PEC Zwolle in the 43rd minute with a well timed close range finish.

Experienced midfielder Joost Broerse showed a sign of things to come through as he nearly gifted Ajax a goal on 80 minutes. Striker Arkadiusz Milik then put Ajax in front after 98 minutes with a deftly executed finish from long range.

An error from PEC Zwolle Leroy Labylle allowed Milik to score an accurate finish. It was a superb solo effort and Milik looked delighted.
Login to Quote

TheMS99
5 years
1 trophy down. Bring on the next lot.
Login to Quote