nobleTP
7 years
Really good updates. Read the whole thing in one sitting I was that gripped. Good luck with the league campaign!
Login to Quote 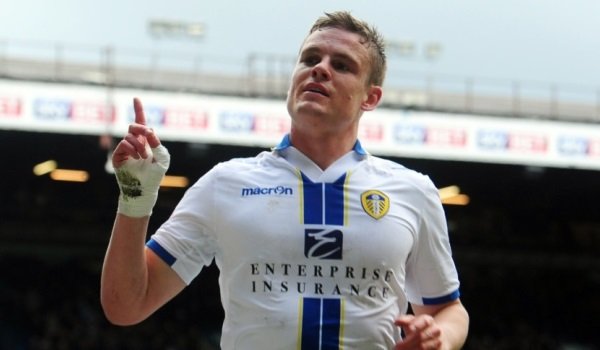 28 year old striker Matt Smith has agreed a deal with Havant and Waterlooville, a two year deal having been signed, with his release from Fulham meaning he was available on a free transfer.

It’s been a remarkable career for the Englishman, having spent a year as a trainee at Cheltenham Town, he was released at the age of 18. That led him onto gaining non-league football experience with New Mills whilst studying at the University of Manchester. Smith made a real impact with his new side too, but as he was due to spend a year studying in America, he left the Millers after one season.

Upon his return to England, he signed for Redditch United in the Conference North and also went on to play for Littleton, Droylsden and Solihull Moors, during his time as a part time player. His goal scoring exploits in these divisions earned him an opportunity in the Football League, Oldham taking the gamble on him, after the completion of his education. 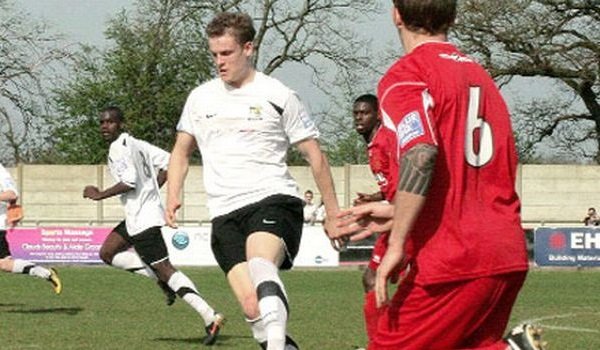 It was a difficult task juggling university work and football, but Matt Smith still managed to strike 32 goals in the 2010/11 season and rightfully won an international call up to the England C squad as well as his eventual switch into league football.

Smith delivered 14 goals for The Latics, but undoubtedly his fondest memories are the two goals he bagged to ensure a 3–2 win over Liverpool in the 4th round of the FA Cup. His form in the magical cup competition continued into the 5th round, Smith scoring against Liverpool's rivals, Everton in the 95th minute to salvage a replay – scoring again in the subsequent 3-1 defeat.

This brought about interest from elsewhere, and soon after Leeds acquired his services, where he hit 13 goals in another single season. His next transfer to Fulham didn’t quite work out though, despite catching the eye in loan spells at Doncaster, Bristol City and Chesterfield, he could only ever make two substitute appearances for The Cottagers.

Smith’s latest chapter in the ever changing story of his career, is a move to The Hawks and manager Lee Bradbury is delighted that the big front man has chosen West Leigh Park as his new destination;

”He’s a top quality forward, and will add another dimension to our team. Matt is a player I would describe as a traditional number nine, with his strength, powerful shot and excellent heading ability. As has been talked about a lot, we needed somebody to replace ‘Bayo’ and we have found the perfect new striker here. It’s not all about Matt’s incredible aerial capabilities either, he’s a proven goalscorer, a hard worker and a determined professional. I’m sure he will fit right in.” 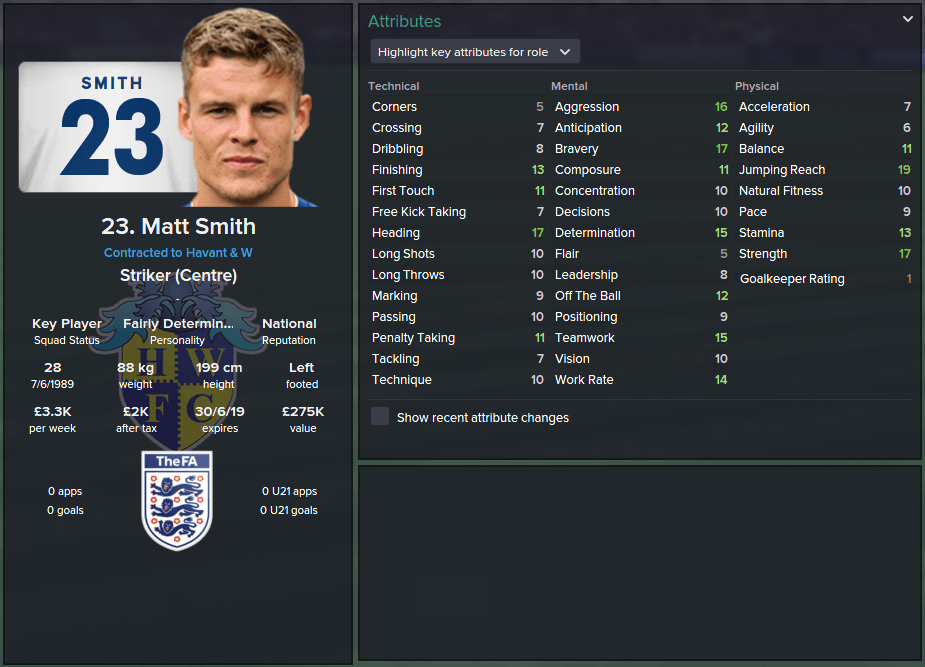 Last Update: Dynamic defensive pair sign on
Next Update: Not here yet!
Login to Quote

Well, what else can be said? Right now I cannot put into words how angry I am at FM, but then again it is partly my fault for not saving my back-up file since midway through the League 2 season. This was a really enjoyable story to write and an incredible fun save to play so to see it end like this is devastating.

I would like to say a massive thanks for all the support I have received while writing my adventures with The Hawks, however. You guys have been incredible with the backing for this story, for sure, helping me to a SOTM victory which I am very grateful for!

Whether I will start a new story soon, I am unsure about. This incident was unbelievably frustrating, and I really don’t feel like playing the game right now let alone share a story about it. We’ll have to wait and see what happens. Anyway, once again, I have to say a huge thank you for the amazing support and sorry to everyone who was reading.

Josh_MU
7 years
FM's such a bitch. I loved this story and I'm gutted that you spent all that time playing that save for nothing. Hopefully we'll see you write a new story soon Joshie!
Login to Quote

Agreed and cba to write it for myself

TaroMisaki
7 years
Oh come on! What a shame, your stories are the best ones here, no matter if it was your pompey story at the FM14 or the Havant one. I would've loved to see Havant in the Premier League and we have to blame SI that we will miss that!
Login to Quote

Such an annoying way for this save to end. You were on a roll with Havant and I can understand your frustration and lack of desire to play the game. Hope to see a new story soon, pompey.
Login to Quote