First day on the job

The job that I had been waiting for became available. Back on FM14, I had led Notts County to Premier League status and put in a damn good showing in our first season steering well clear of the relegation zone. If my memory serves me right, we broke into European football at the first time of asking. It was definitely one of my favourite times on FM14. Anyways, back to the present. The Notts County job became available and I applied for it. I felt quite confident of my chances as the club were performing so poorly and maybe they heard of my success on the games predecessor? Unfortunately not. The interview never materialised but instead another one did. I attended the interview, said all the right things and they seemed to want to give me a chance. I checked my inbox and low and behold my first job offer. I could have easily turned it down but I decided to stick by my guns and take the job. 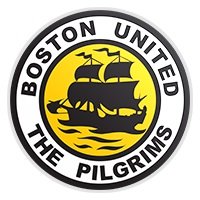 I am guessing that is not quite what you expected

Thanks all the same!
Login to Quote

Josh_MU
5 years
Good luck James. I enjoyed your previous story a lot, and no doubt this will be even better!
Login to Quote

I hope you enjoy.
Login to Quote

Thank you. It has gone well so far I can tell you that much

Neal
5 years
The unemployment challenge is back...the question is, will it be better than ever?

Only time will tell of course but I do hope it goes as well as my last one. I haven't decided how to approach it yet whether it is all about my accomplishments or all about taking one team to the top....
Login to Quote

With no disrespect towards any Boston United fans out there, but they aren’t exactly a club that have revelled in success. In fact their trophy cabinet is pretty bare with them having languished in the lower division since their creation. On arrival at the club it was clear that I was taking on board a group of players low on confidence that had clearly underperformed so far this season. The team had found themselves in the relegation zone without any plan on getting out of it. The club had taken the tough decision to replace the manager with myself and have placed high expectations on me; the board of directors expect me to guide the club to a top half finish from a relegation zone starting point. This is not a new challenge to be as I have accomplished a league win from a relegation zone starting point with Notts County. However, Boston do lack quality players and are very thin in terms of depth. 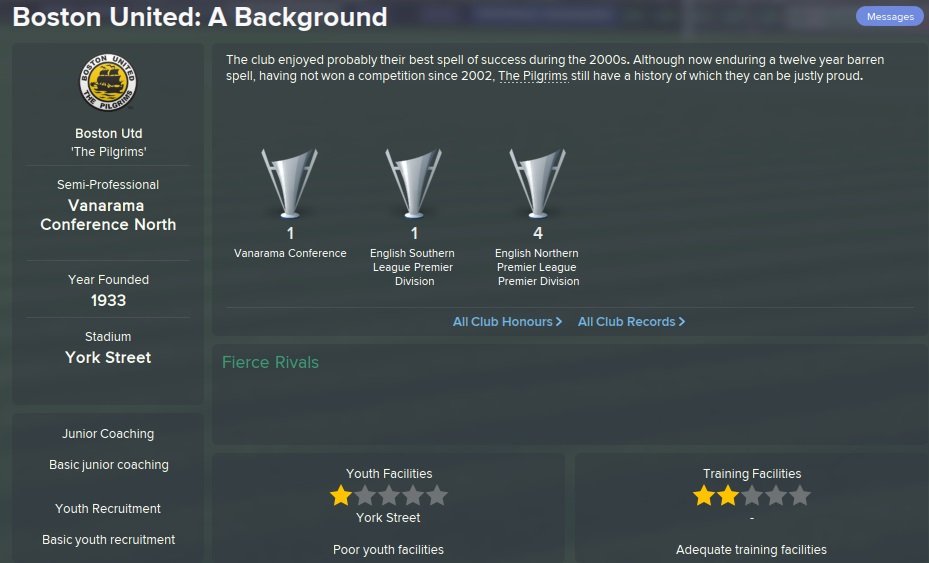 I have to admit I was quite nervous heading into my first few games. I don’t know anything about the club, the players or whether I would meet the expectations set of me. You can imagine my delight at coming to the end of my first month with five league wins under my belt, which has rocketed the club up to a more respectable 10th place. It has been a brilliant start with the potential of our positive run of games continuing for some time to come. Looking back on this month it makes me feel a lot more confident about achieving the aims we have as a club and if the likes of Marc Newsham continue to play at a high standard, we will do it no problem. Newsham’s attributes as you can see are far from Lionel Messi but they are pretty good for the division that we find ourselves. You know that when he is running through on goal that he will get it on target more times than not and he is playing with a lot of confidence.

The rest of the team have contributed significantly with us stopping any attacks from the opposition swiftly. The game against Doncaster just wasn’t a contest and it went how it was expected to. I will continue with the ethos I had on FM14 that I don’t care much for domestic cup competitions but instead want to focus our efforts on league position. The defence have really shut up shop and not let any opposition have a sniff at our goal. With Newsham up front and the defence playing so confidently and well together, it could end up being a pretty good season for Boston United.


Player of the Month – Marc Newsham

No1VillaFan
5 years
darn nice win vs leamington haha. loved the update and as usual your gonna have an awesome story
Login to Quote

It was such a good performance and I can't complain about the rest of the results this month. Long may it continue.
Login to Quote

As the title of this update suggests, I haven’t been too impressed with the results of this month. It started off with a brilliant performance against lowly Brackley who didn’t stand a chance against the ever prolific Marc Newsham. The game against Solihull Moors was always going to be a tough one with them having made a fantastic start to the season and deserve a lot of credit for the football they have been playing. What annoyed me was that when we came away with what I thought was a good point, my assistant manager (Paul O’Brien) seemed determined for me to slate the team for a poor performance. Did he not realise that we were playing against top of the league? Did he not see every single one of our players put in 100%? In lower league management I tend to ignore all advice given from backroom staff and instead rely on my own instincts which I think fair better than a bunch of staff with shocking attributes. Yes I know by in-game ones are crap too but I think I do have a bit of knowledge in real life that benefits me.

We have faced Chorley so many times this season, three times now with us winning each game comfortably. The game against Lowestoft was a pleasing one and a brilliant end to end game to win. A bit of poor decision making on my part did not help the team; I kept changing the formation to a more defensive approach every time we scored. This resulted in Lowestoft attacking us and getting themselves back into the game. Eventually this approach paid off but it was a very nervy affair.

The game against North Ferriby was a poor showing with the defence just not turning up to play football. If it hadn’t been for a great performance from Conor Marshall who scored a screamer of a goal, I would have gone mad at the team. However, common sense took over and I realised how well the lads have done to get so far up the league after starting off in the relegation zone. They deserved some sympathy for the North Ferriby and Barrow game as they are doing really well and hopefully we can get back to winning ways in January.


Player of the Month – Conor Marshall

No1VillaFan
5 years
great 4-3 victory and North Ferriby seem very good on this FM, was it a lucky win or were they actually that good?
Login to Quote

North Ferriby have been playing some good football and pulling off some great results. We did have to play very well against them and it was quite a tense came that thankfully we came out on top of.
Login to Quote