Welcome to the 2021 project, the continuation of my failed 2019 project from last year. The idea of the project is to sim to 2021 and analyze the growth of diamonds in the rough. While the project last time was centered towards the growth of top wonderkids, this year's list will be a bit different. I have simmed a save to 2021 and took control of Manchester United, one of the top teams in the Prem. I will then go through and find the best Manchester United quality players that were U-20 to start the game and have a rating under 80 on Stam's wonderkid list. After finding those players, I will then take control of a midtable prem side and find the best wonderkid's for that level, again with a wonderkid rating of under 80. For each wonderkid I unearth, I will create a quick portfolio involving the attributes, scout report, and history of each player in both 2014 and 2021. Below is the index of players I've found so far. 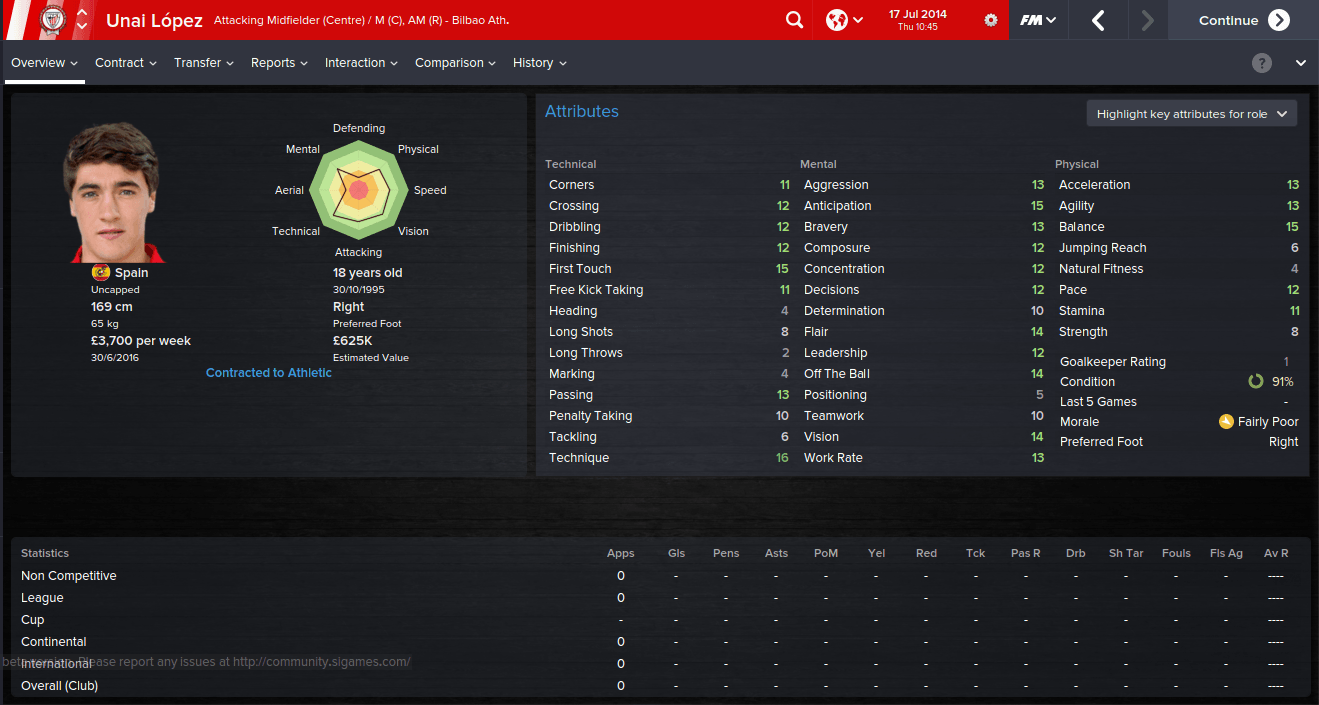 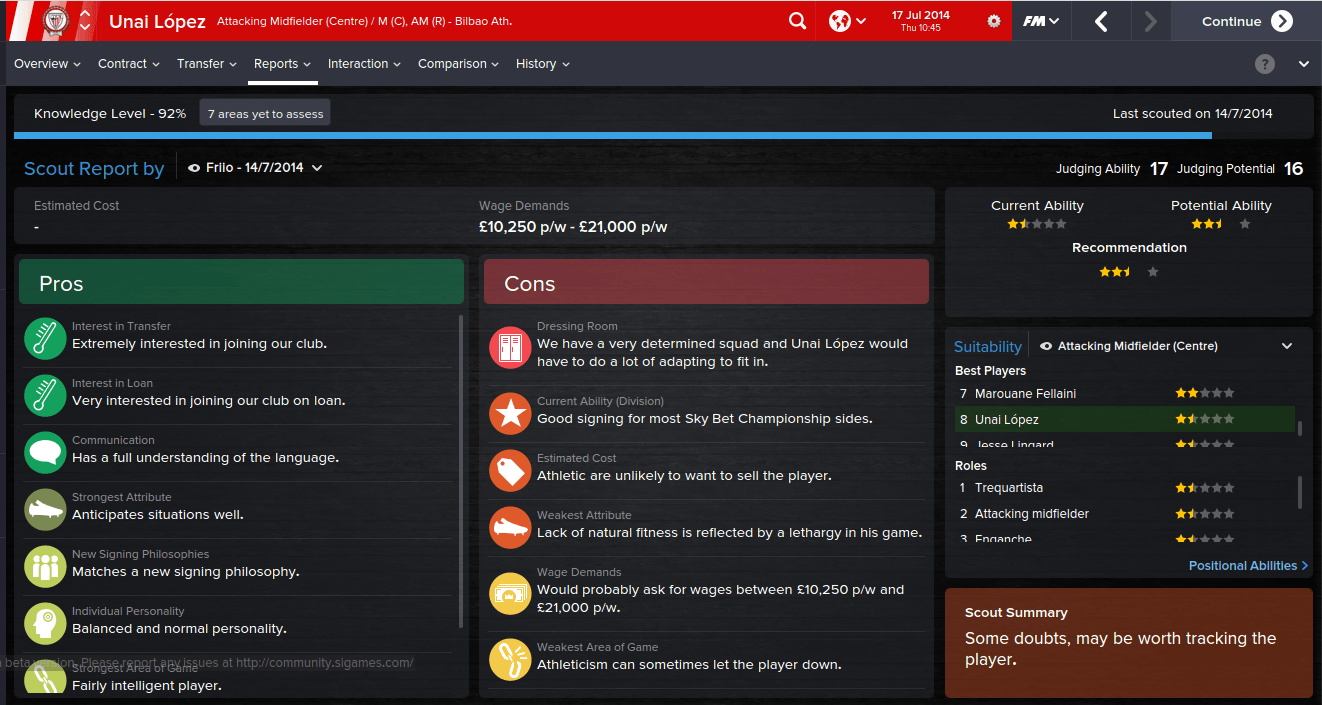 The 2014 profile of Unai Lopez shows an attacking midfielder with loads of promise. Like many Spanish youth, Unai has superb technique and a great eye for a pass. His mentals show lots of promise, as he posesses great flair, vision, and off the ball movement. His physicals are a bit of a problem. At least at the start of a save, it's impossible for him to play a full 90 with just 4 natural fitness and 11 stamina. That is a must-train for those looking to sign him. He's rated with a minimum 2.5* potential and a maximum 4* potential by David Frilo, and has a 23M pound release clause. Unfortunately, Bilbao are unwilling to budge much on his price, and despite hard negotiation, I could only bring his price down to 22.5M. 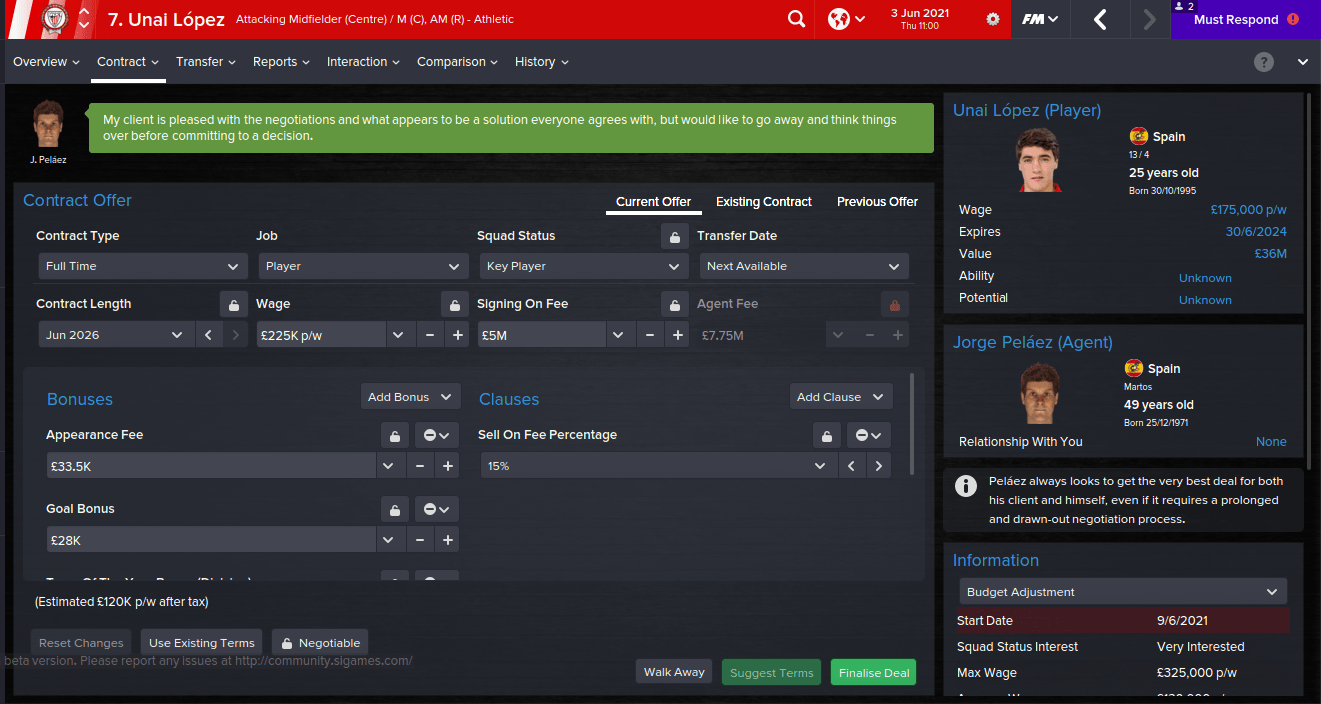 The 2021 profile of Unai Lopez shows one of the best, if not the best, Advanced Playmaker's in the game. Unai has grown past our scout's wildest dreams, achieving 4.5* current ability and potential. He has ridiculous technique and his passing, first touch, corners and free kicks are all above 15. Lopez's mentals have also continued to develop, and now even his physicals have improved. Although natural fitness is still low, Lopez's stamina has gone up to 16, making him less of an injury risk. Now valued at 36M pounds, Lopez is a World Class player, and his history shows it. For five straight seasons now, Unai has has a 7.00 rating and higher, and for 4 of those 5 seasons, the Spaniard has reached double didget goals. Last year was his best year by far, scoring 16 times and assisting 14 times to achieve a 7.46 average rating in the league. All of this has led to a crazy asking price, and the lowest I could agree to was 60M pounds, a fair sum in today's market for a player like this. I highly recommend you pick this guy up early in the game, especially if you have money to spare, because if you secure him early, there is massive profit to be made. 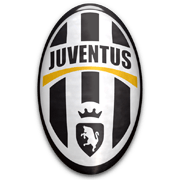 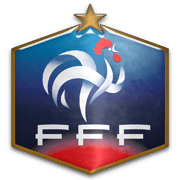 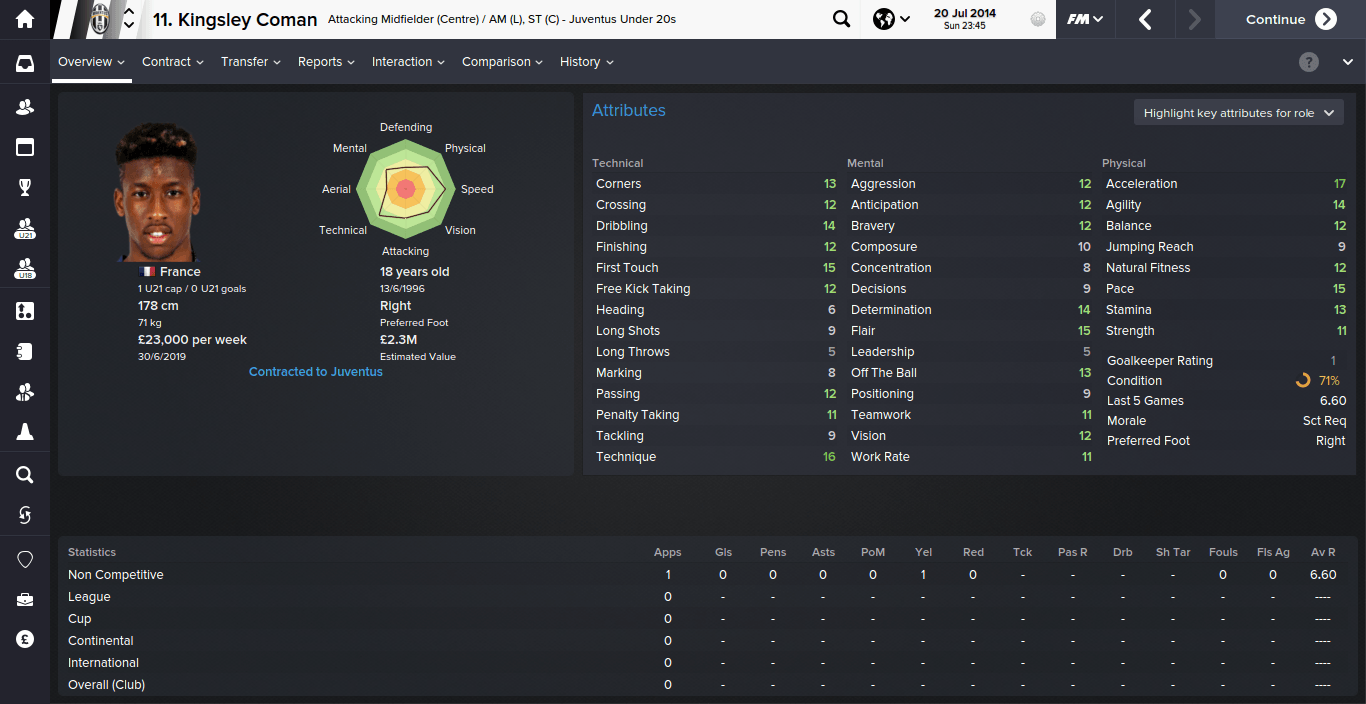 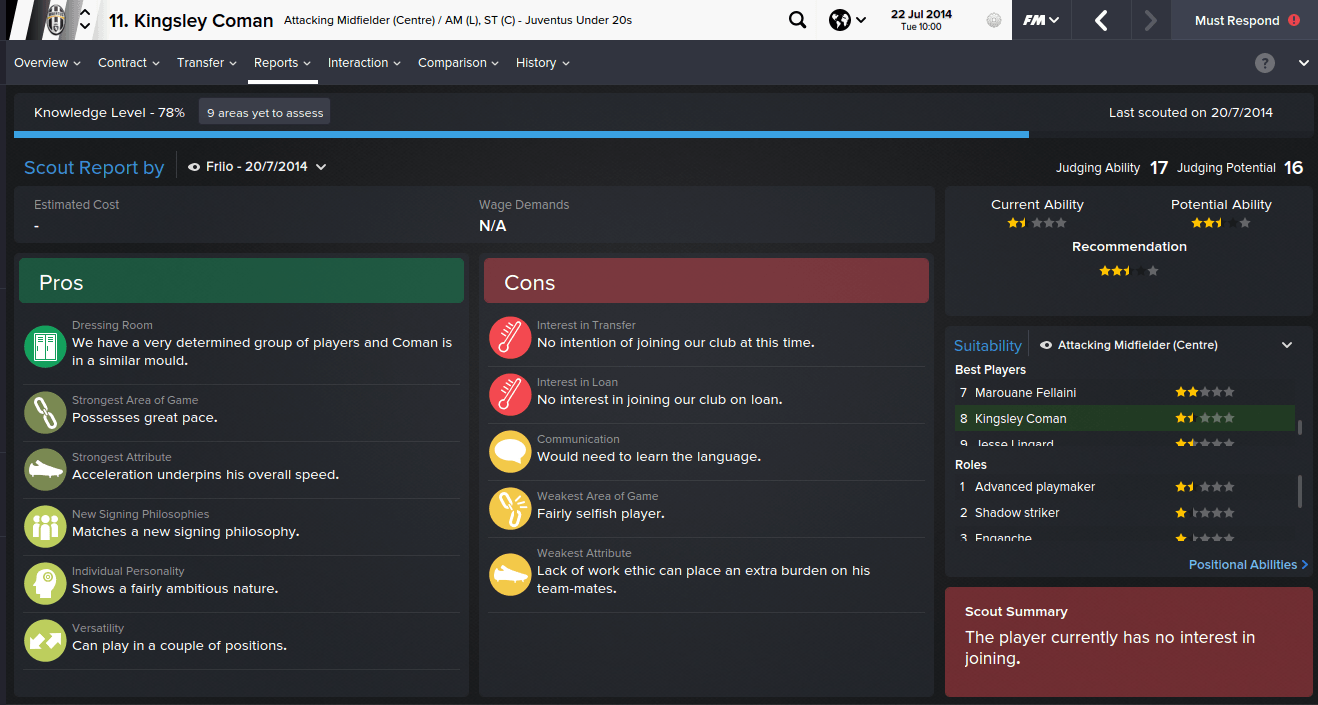 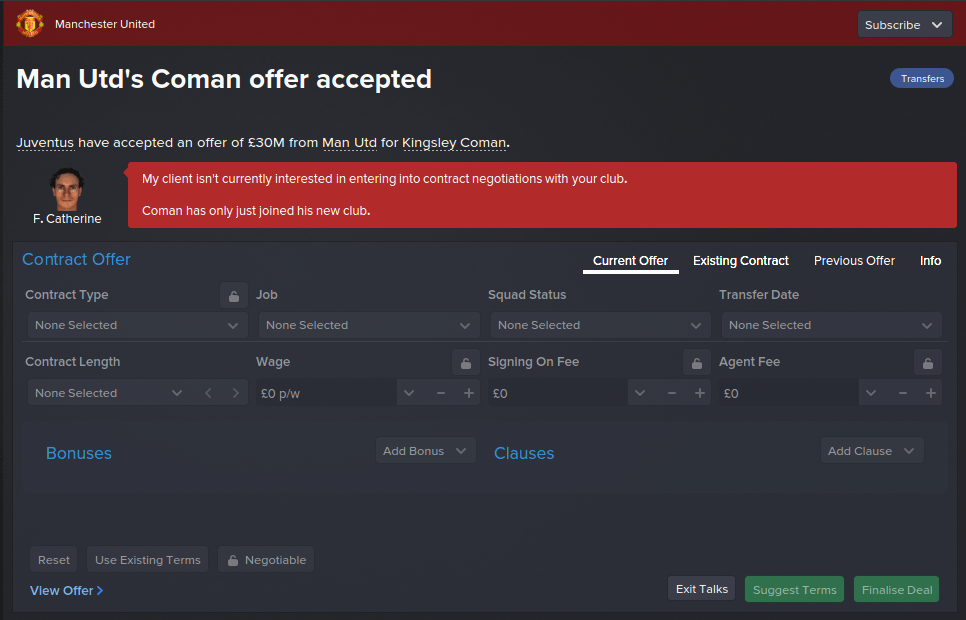 The 2014 profile of Kinglsey Coman will inevitably draw comparisons to Paul Pogba. Both share a similar story. The French youngsters abandoned big clubs, (United and PSG) to move to Juventus. Along with the history, both are similar players. They both posses outstanding physical attributes to go along with excellent technique. The combination of these two qualities are extremely rare, and to find players like Pogba and Coman is extremely difficult. Pogba is more polished, but by the year 2021, the two form an unbeatable duo in midfield, with Pogba playing deeper and Coman playing in a more advanced position. Unfortunately, both are hard to sign and posses little interest in playing outside Turin. You need not only to pony up the 30M asking price but also convince Coman that playing for your club is the proper career choice. However, if Juventus fail to give him playing time, that asking price will eventually be lowered, as it is eventually in this save. 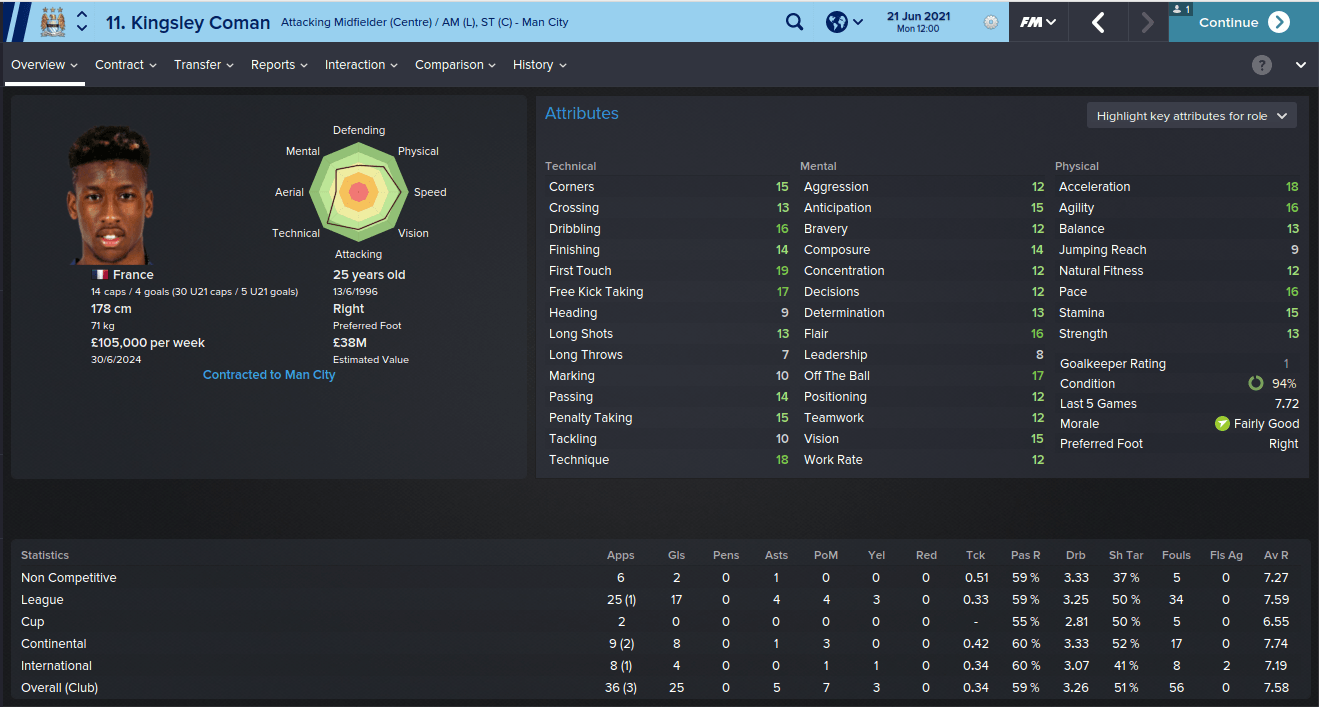 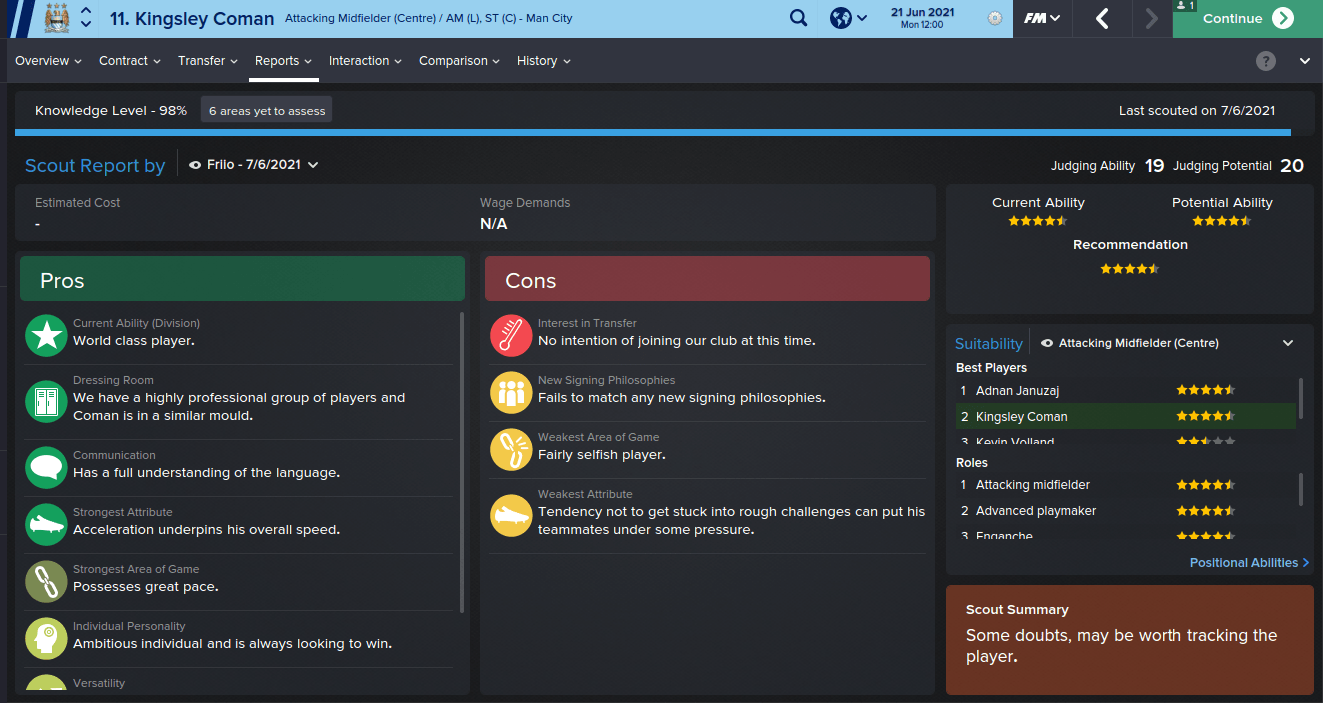 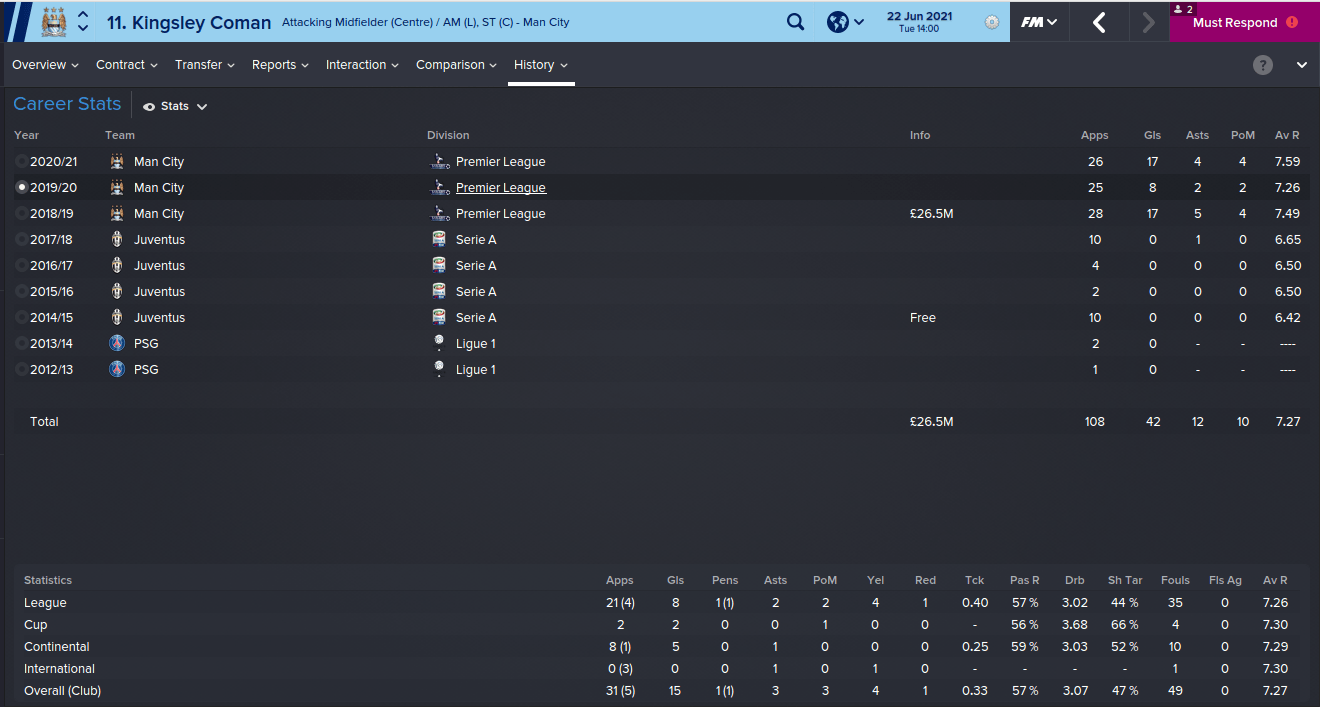 The 2021 profile of Kingsley Coman is an absolute world beater, possessing world class technique and sublime physicals, especially in the pace department. Although not the most prolific finisher, Coman can not only play attacking mid but also striker, where he's played for City with excellent results. With Kingsley's combination of dribbling, pace, and off the ball skill, it's no wonder he's become a versatile player with such success. Like I said in the 2014 profile, Coman grew frustrated with the lack of game time at Juventus. Manchester City came calling and poached the Frenchman for 26.5M pounds. With gametime, Kingley grew into a monster, bagging 42 goals in 3 seasons and never failing to put up less than a 7.26 avg. rating. Now one of the premier players in the world, Kingsley just cannot be stopped. However, buying him early is a must, as his price tag now stands at a ridiculous 200M pounds and he still refuses to move. Passing up on talent like this just isn't smart, and if you're presented a chance to snag him for less than 30M pounds, go out and sign him, he won't disappoint.

JasonRM
7 years
This thread is NOT done, just taking a temporary break until a social scouting revamp, which should be very soon. Hopefully we'll be getting these out daily starting soon!
Login to Quote

JasonRM
7 years
This project is going to be moved from here to Social Scouting! I'll still post player links here, so you guys can jump right to a profile. I invite you guys to post your opinions on players such as these on Social Scouting as well! I've already posted the Unai Lopez and Kingsley Coman profiles on there and I should have Luka Jovic done on there tonight. Further players will be updated in the index
Login to Quote