Icarus
8 years
So you've replaced Nani with Taraabt? You had his replacement already, Labyad who I would have kept a bit longer tbh

Taraabt is a bit overweight I think, and could pick up a few injuries.

Btw aren't Capel and Carillo decent players for your side? (to keep)

other than that, nice update.
1

BadWolf
8 years
Thanks for the comment. As I said before they are different type of players, Labyad maybe but not as good as Taarabt and I have Gauld, Mane and others for same positions so to be honest I didn't need so many players, Carrilo and Capelo would complain about first team football all the time.

Verdinho
8 years
Wow, quite the overhaul! I'm shocked to see you got so little for Capel, Carrillo, Slimani and a few others. I'd say you could have got around five times more! I agree with selling Labyad, though. Not the best professional both on and off the game.
1
Login to Quote

BadWolf
8 years
I was also surprised that nobody wanted to offer more, they were playing in their loaned clubs but still...Nobody was willing to offer more money and I needed to sell in order to buy. Once again I want to say that Capelo, Silmani and Carrillo are good player, just not good for roles I'm playing. Most of the sold players came back from loan, I didn't sell anyone who was part of first eleven last year, also young players are evolving and improving really fast, every one of them is worth few million more than last year so I'm confident they will do good with few new players. Thanks for the comment!

Icarus
8 years
Labyad does develope nicely in the future, decent stats and what not (17 technique, 15 dribblin, pace etc)
Login to Quote

CAN THEY DO IT? CAN THEY WIN? 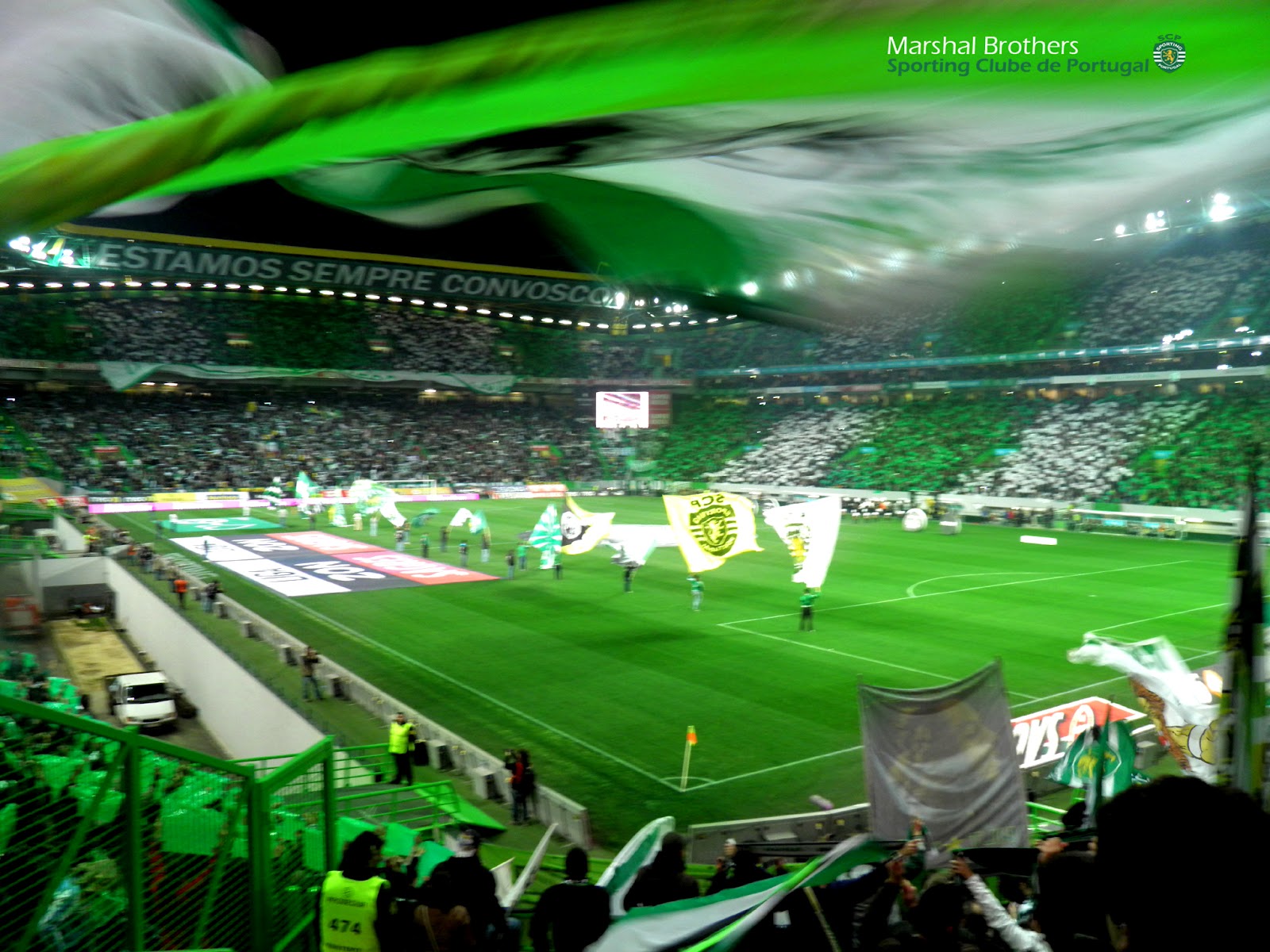 After mixed preseason and busy transfer window squad is finally ready to start. Young Sporting B player has been promoted to Sporting CP, age only 19, Guilherme Schettine shows a lot of promise. Lucho Gonzalez joined Sporting on a free transfer, he will bring experience and sureness to the squad. Gonzalez is 34 years old but his natural fitness is at good level, he also accepted to be only a backup, for sure he will be able to come on and replace injured or tired players. Sporting will play 4 competitions this year. It was same start as last year, a green start. Here you can see the results.

Another unlucky draw in Champions League...Last year Sporting was part of hardest group now they face hardest team in qualifications, still, Mr.Silva said that this elimination was hard for him, players and fans and that there is no excuse. Lions were defeated at home by Porto but they played with almost 11 reserve players, they wanted Champions League that much...Here you can see groups for EURO Cup:

More is to come.
Login to Quote

InvertedWingbacks
8 years
tough to be knocked out of the UCL, but thats a good EL group: good luck!
Login to Quote

WINING ON ALL FRONTS!
http://www.sporting.pt/Imagens/72228.jpg

After getting defeated by Liverpool in UEFA Champions League, Sporting managed to leave that behind them and look forward, Taca de Portugal is starting and will make Lions even more busy but they are up for it. Sporting will go and fight for every trophy, nothing will be given without a fight. Taarabt is doing very good and fans can be very happy with his play, he came for 3M and its worth 6.5M. Federico Bravo is still injured, torn hamstring, he will be back in few days. Fredy Montero moved into this season even better, scoring 10 goals in 12 games. Taarabt scored 7 goals in same amount of games. Squad harmony is fantastic, Mr.Silva always insisted on it. Here you can see results:

Sporting will play in fourth round of Taca de Portugal against Sousense. Here is how Europe League table looks like.

Sporting is sitting in third position in league with 14pts, 2pts behind Benfica and 5pts behind Porto. Lions are having 4

Young (19) year old Ryan Gauld had honor to be praised by Cristiano Ronaldo, Ronaldo kept following Sporting and noticed young Scot. He went on to claim he is future of Scotland and Sporting...Gauld is having minor ( 3 day ) injury at the moment. He scored 8 goals in 30 games last year with 2 assists, this year he is doing better, scoring 5 goals in 10 games with 2 assists. His value doubled, Gauld is now worth 4.8M. Everyone predicts great future for this player. Taarabt and Montero are competing who will score more, they are both doing very good job. Here you can see results :

Sporting is doing better and better with every match, with a bit of luck they can go far in Europe. More is to come.
Login to Quote

After scoring again and again Fredy Montero was stopped by idiotic foul by PAOK player. Game was in its last minutes and PAOK was already out when Montero was injured...He will be out for at least 7 weeks, if medical team performs at its best. Sporting qualified for next stage of Europe League and will play Vit.Setubal in fifth round of Taca de Portugal.

http://www.solofutbol.cl/Imagenes/Albunes%20de%20futbol/Equipos/vitoria%20guimaraes/vitoria%20guimaraes%202013-2014/Andre%20Andre.jpg
AFTER BIG DISCUSSION ANDRE PAYED THE PRICE!
When Mr.Silva decided to buy Andre Andre they agreed for him to be backup player. Now few months later Andre decided to ignore his contract and refuse to wait for his chance, Mr.Silva offered to play Andre in cup and when he has a chance but 26 year old player refused. In the end club decided to sell Andre, offer already came from Nacional de Madeira, they offered 775k and Sporting accepted, he will leave on 1st January. He came as professional but didn't show anything good and left leaving fans not having good opinion on him...

Here you can see results :

Sporting is currently sitting in 3rd position with one game less than 4th, 2nd and 1st. 4pts more than 4th Penafiel, 6pts less than second Benfica and 9pts less than first Porto.

This is Lions form in the league : 8

Mr.Silva answered his phone like he did thousand times before but this call was very different...President of Atletico Madrid wanted meeting with Mr.Silva, he said it will stay between two of them. Mr.Silva was offered bigger transfer and wage budget at Atletico and bigger wage. After listening to what president of Atletico wanted to say Mr.Silva said he will not leave Sporting before Green Revolution is done, he said he was very pleased with someone as big as Atletico watched his work and offered him job...Even after Atletico offered more the answer was still no.

Mr.Figo today went to watch draws for next phase of Europe League. After few hours of waiting, we now know our opponent in next stage of competition. Sporting will play against Zenit, first game will be played in Russia, second game in Portugal. Mr.Figo said he is really happy with this, it could have been better but it could have been much worse. Mr.Silva also said that every team is strong at this point. If Sporting defeats Zenit they will face Kasimpasa or Dortmund, depending on who wins. Sporting is defending title in League Cup and this year group stage looks like this :

ARE WE REALLY DOING THAT GOOD?
http://www.vecchiasignora.it/public/vs/userimg/agnelli_present.jpg

After Atl.Madrid another offer came to Mr.Silva, this one came from Italy, from Torino, from Juventus, Italian giant offered even more than Atl.Madrid, more in wage and transfer budget, more in personal wage...Answer still staid the same, no! Mr.Silva said this "I promised Sporting will be champion again, I promised we will again be feared in all competitions and until that day I'm staying here..."

Young Lions are wanted more and more with every day and it becomes harder to reject offers...Last offer came for William Carvalho from nobody else than Barcelona, they offered 15M...Only time will show what is the fate of young player. Sporting needs money and Carvalho would gladly sign for Barcelona. Cedric is also wanted by Lyon but that offer was refused with easy as France Lions offered only 6M.

Here are the results :

Fredy Montero is still out with the injury. Sporting will play Rio Ave in sixth round of Taca de Portugal.
Login to Quote