joshleedsfan
6 years
I was midway through pre-season on one of my customary saves with Leeds when I stumbled upon my university (Cardiff Met) in the teams playing that day. Intrigued, curious and feeling highly ambitious, I rooted around looking for a database with the Welsh leagues on it and I found one. This is the story of my journey from the Welsh Second Division to (hopefully) the qualifying rounds of the Europa League with UWIC (the old name for Cardiff Met).

Hope you all enjoy!
Login to Quote

My squad, if you can call it that, consists of just 6 eligible players at the moment. At my disposal I have two right-backs, a left-back and three central midfielders in Liam James, Steven Bowen, Kyle McCarthy, Elliot Scother, Trystan Dafydd and Emlyn Lewis respectively.

Emlyn Lewis is still too young to be making league appearances just yet, with his ability being rated as a half decent Welsh Third Division player, but with the potential to play in the Welsh Premier League one day.
Login to Quote 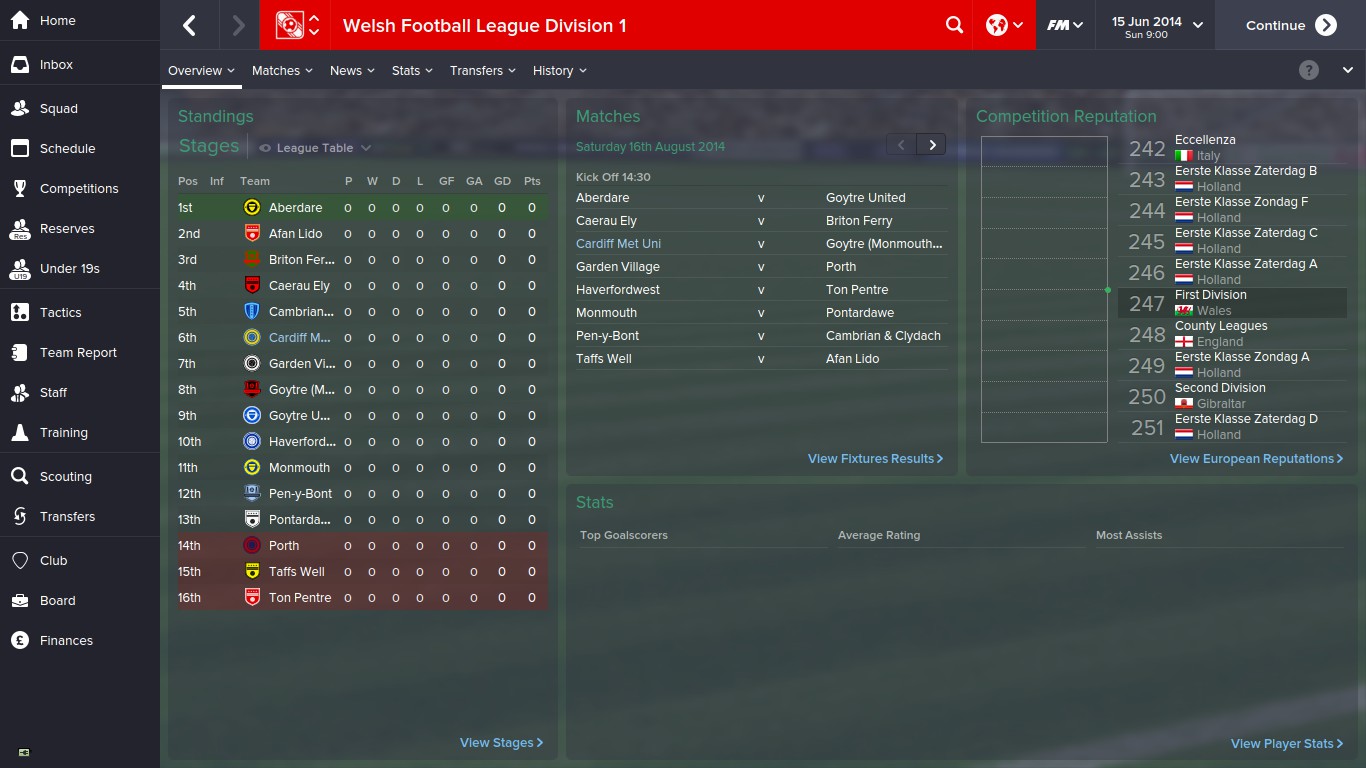 The media are predicting a 13th placed finish for us this year which, following promotion from the Second Division last season, is pretty realistic. Survival in the first year would be a reasonable achievement and would give me something to work with and build on for next year. 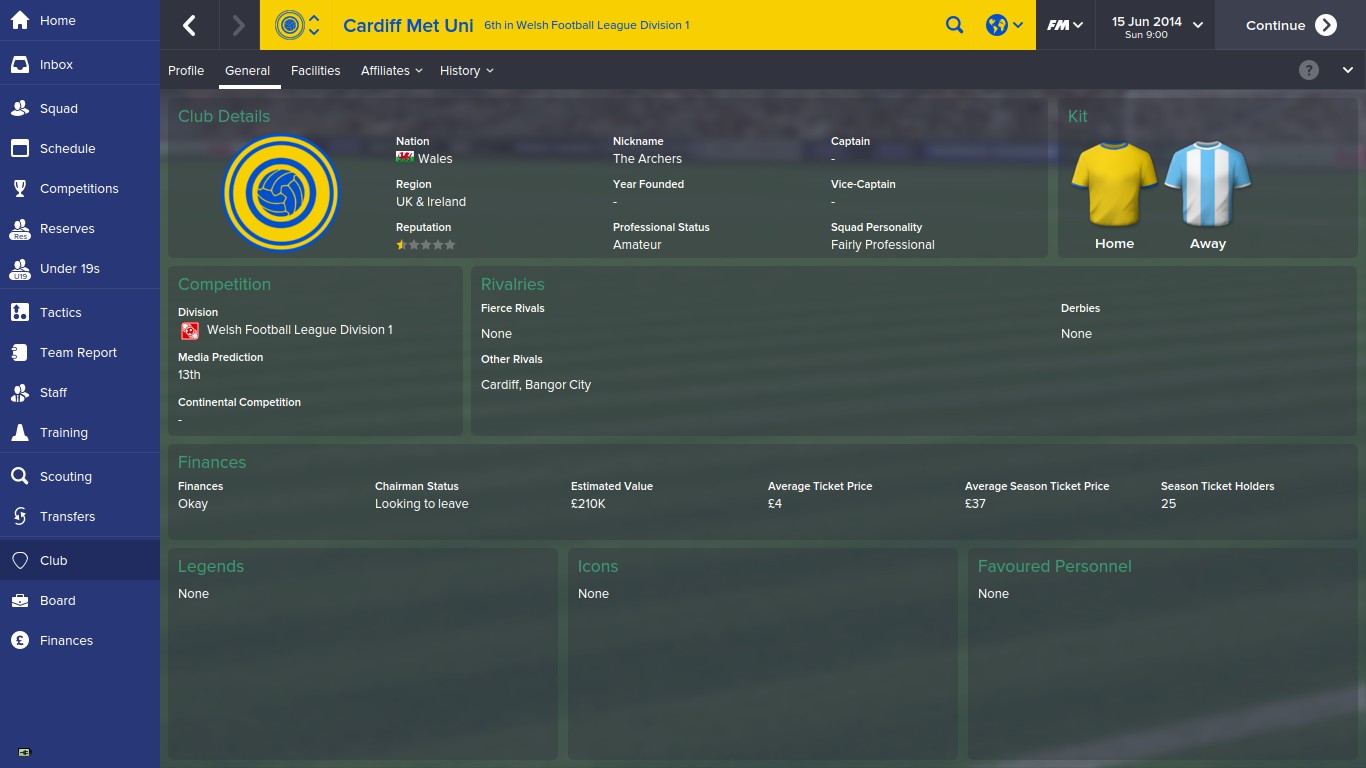 We kick off the season against fellow relegation candidates Goytre at home which should ease us into the new campaign in the new league quite nicely.

It's only the league winners that gain promotion to the Welsh Premier League, and the favourites to do so are Goytre United, the next door neighbours to our opponents on the opening day. 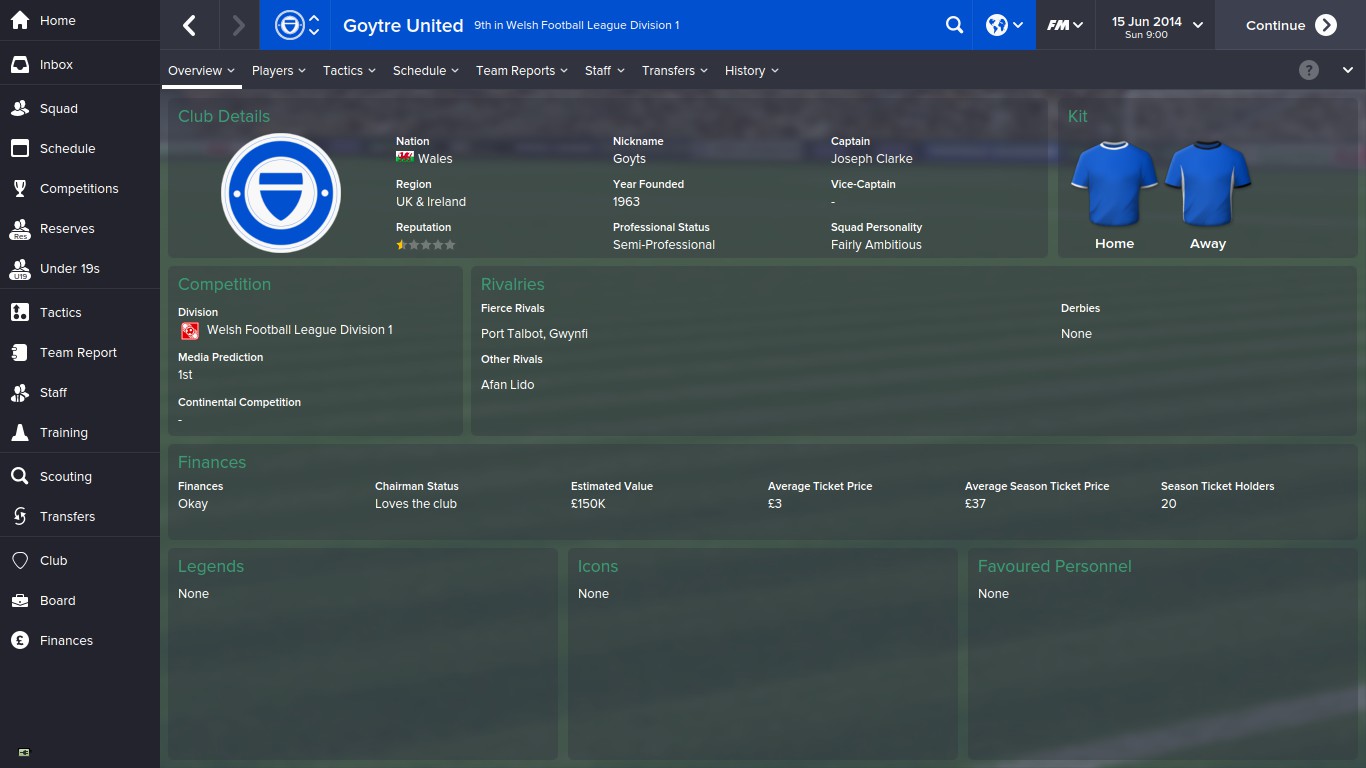 The three favourites to go down are Goytre (not to be confused with title chasers Goytre United), Briton Ferry and Caerau Ely. 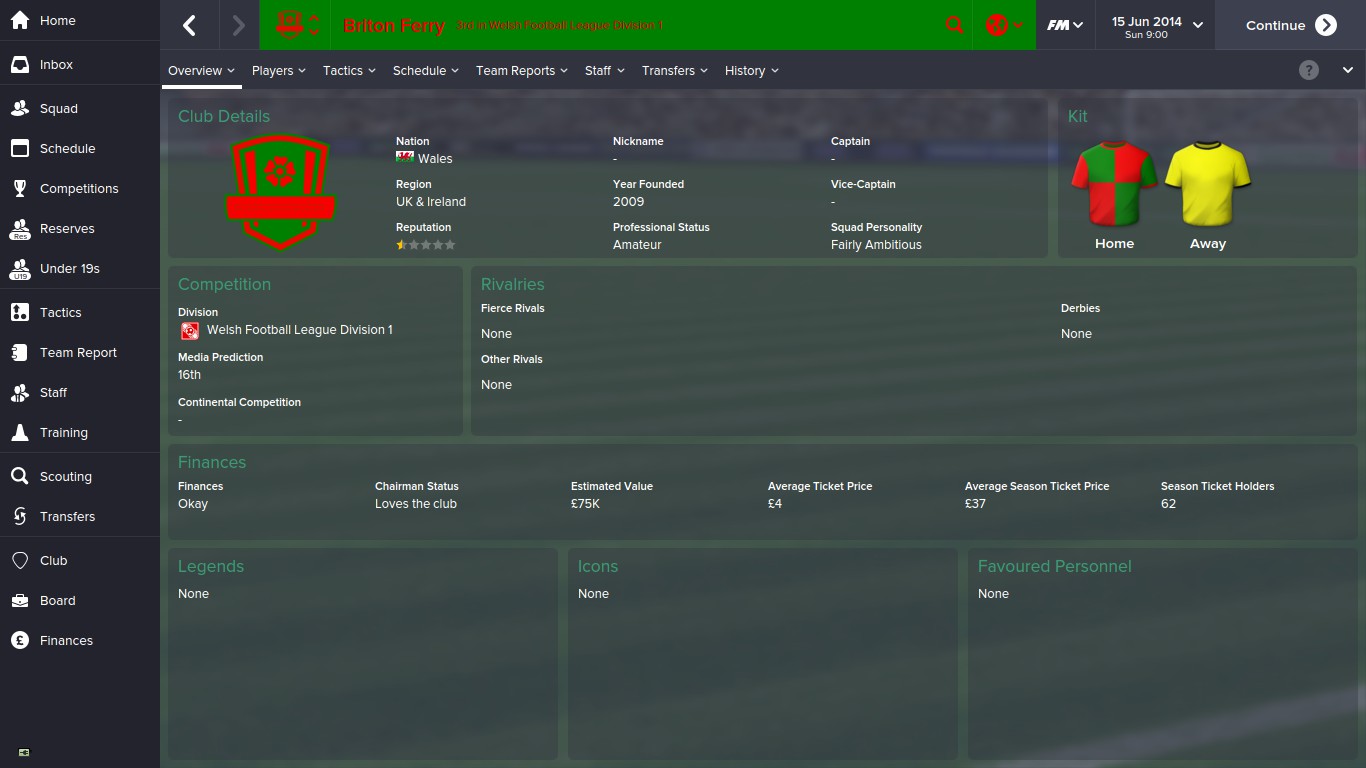 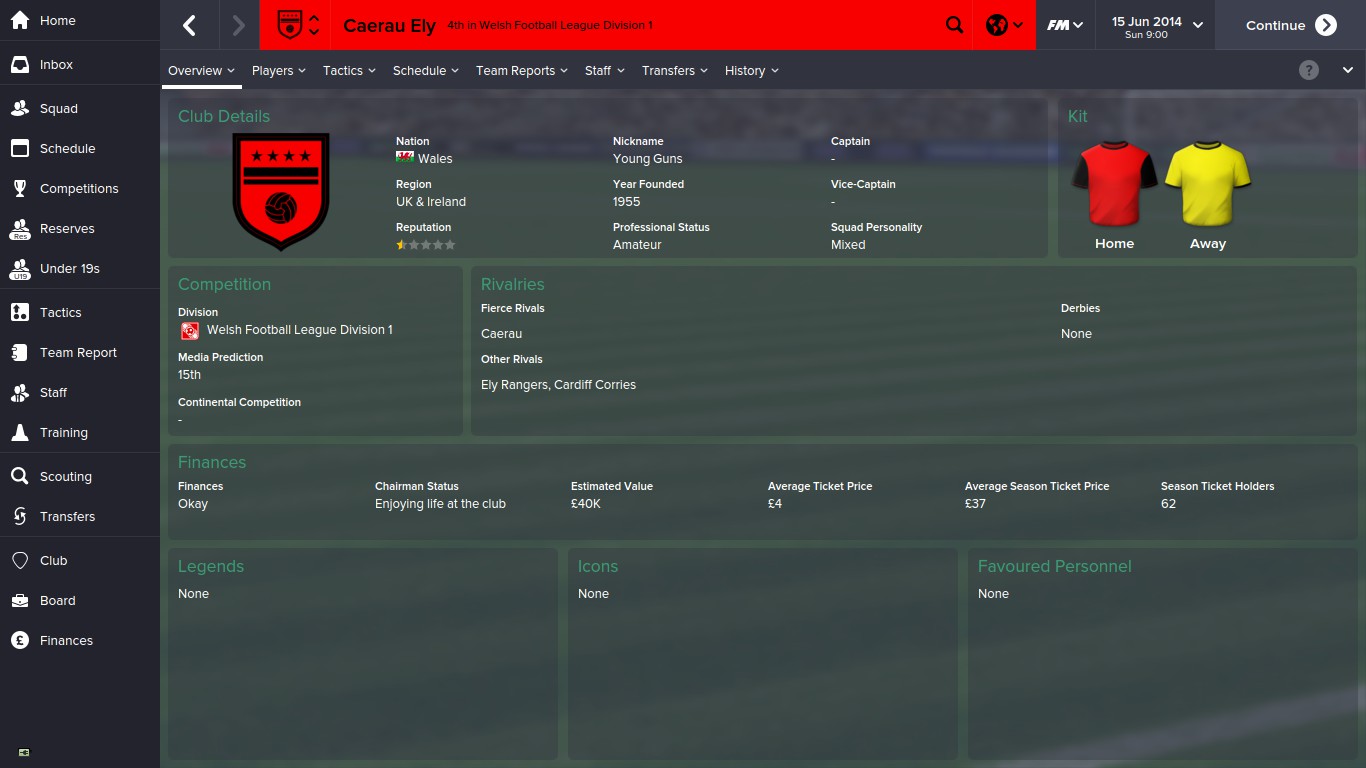 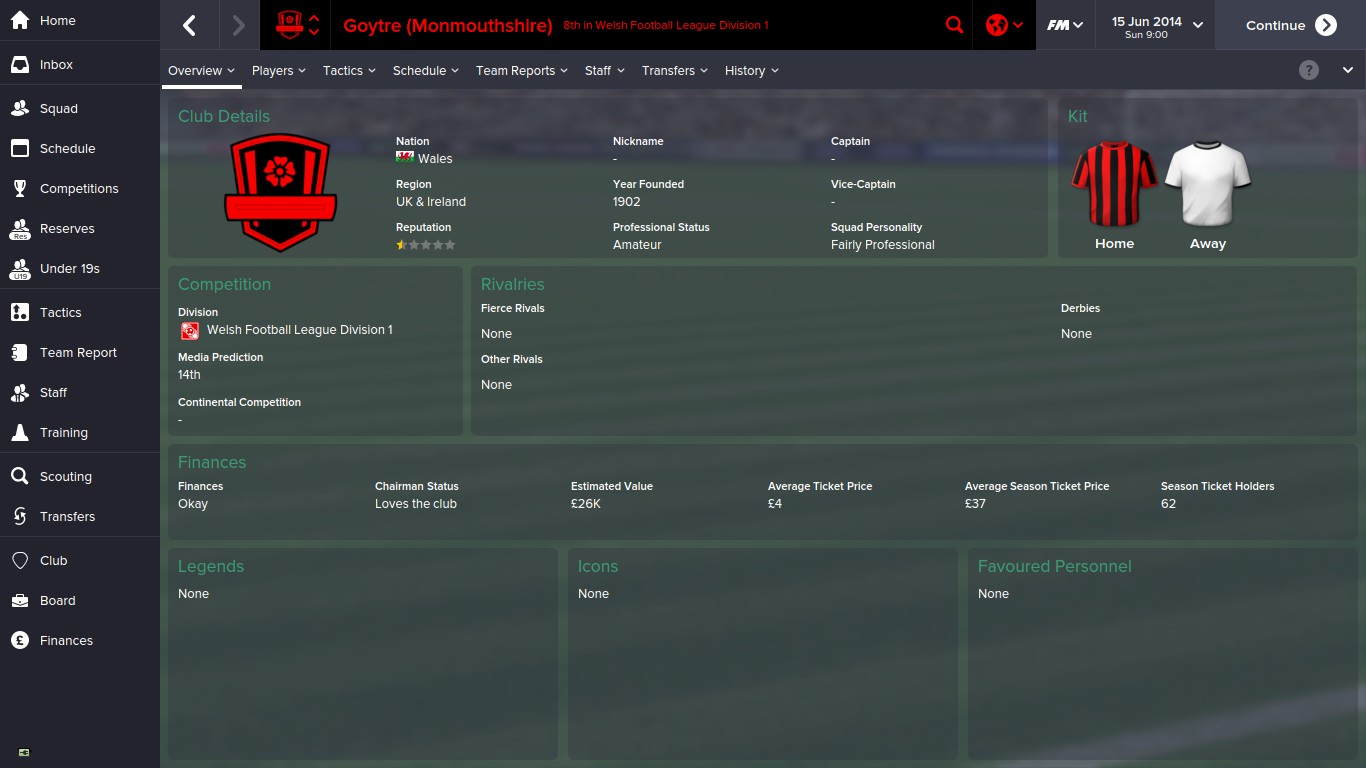 Justice
6 years
Good luck, this is a challenge!

joshleedsfan
6 years
There might not be any updates on this for a while as my laptop restarted without me having saved my game, so I've had to start from scratch all over again. Next update will be after pre-season
Login to Quote

You are reading "Cardiff Met: From Uni to Europe".