Thanks man, and thanks for following. Cheers
Login to Quote 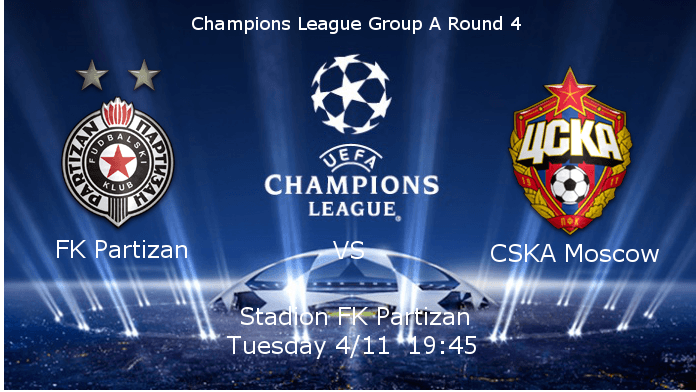 Partizan enters this match as slight favorites and if thety manage to win this match that means they will surely finish as third because CSKA has no points and Partizan has 4.

This match is maybe most important match in recent Partizan history as they never managed to go through groups and secure spring in Europe. They have once played Champions Cup final when they lost to Real Madrid but then, the system of play was different. The game is ready to start and we will see another great entertainment. 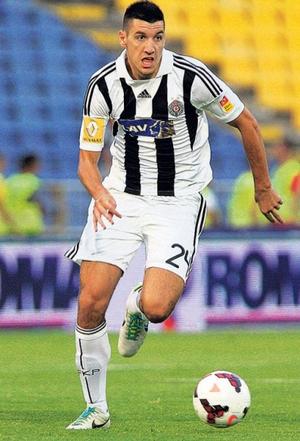 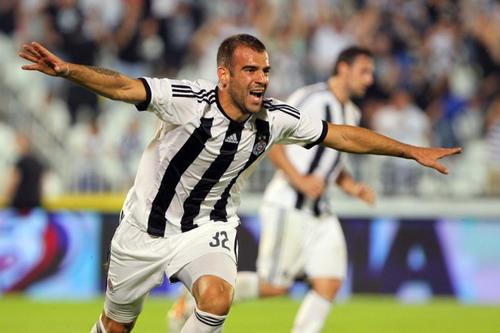 Another important win for Partizan as they secured at least 3rd position in Group A. The commitment they showed in this match proved how important this was for them. Many young talents were subs on this match and experienced players had to do job. The slight favorites made a good job and won it smoothly.

In this forth round match in Group A of Champions League, we saw some nice moves more from Partizan players than CSKA. Stadium was sold out and fans were ready for spectacular match that would bring Partizan to European spring. Even Petar Grbic and Petar Skuletic scored goals, player of the match was Ognjen Vranjes thanks to his commitment to the defense.

CSKA Moscow started strongly and made 7 shots in only 15 minutes and gave Partizan fans to be scared. But as the time was going we saw more safe play by Partizan and with couple of big chances until they scored in 43rd minute, goal by Petar Grbic. Only minutes later in 45+2 minute Petar Skuletic scored fantastic header in upper right corner of goal and gave his teammates and fans to cheer and hope it finishes like this. In second half more chances for Partizan than CSKA but match finsihed with the same result as from half time. Partizan had 18 shots and CSKA had 12 shots. With this victory Partizan is 3rd in Group 3 points less than second placed Manchester City. At the end FK Partiza 2, CSKA Moscow 0

walkinshaw
7 years
A nice win against CSKA and good luck against RM bud.
Login to Quote 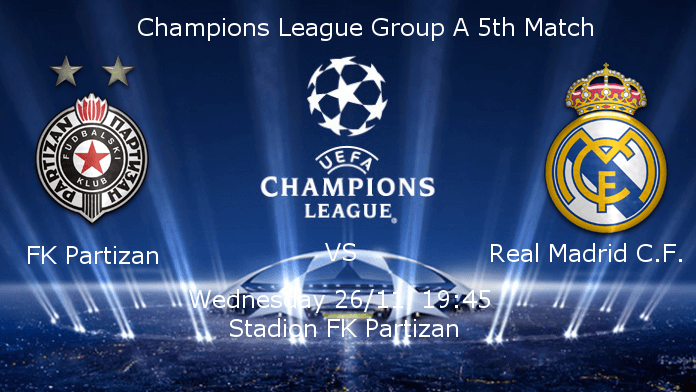 Fifth round of Champions League Group A between Partizan Belgrade and Real Madrid. In their last match Real Madrid easily won with 2-0 after goals of Isco and Luka Modric but tonight absolutely different stadium.

Real Madrid will be favorites again in this match and are expected to win without any problems. Karim Benzema will be missing due to suspension. Partizan have already secured at least 3rd position but will look to finish in first 2.

As they played against strongest team in Europe they should not have any pressure and we should expect better match than we watched last time.

MisterLister
7 years
-walkinshaw- Yeah pretty nice wins and important and thanks for wishing me luck.
Login to Quote

Aaron
7 years
Good luck against Madrid mate, you'll need it for sure! A nice win against CSKA too 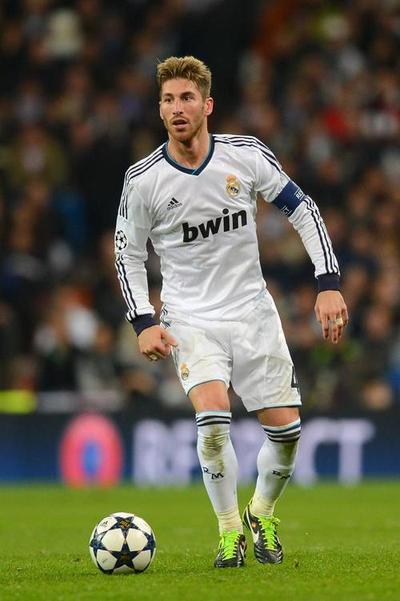 As both teams have secured their goals, this match showed us a goal-friendly match with only one goal by Sergio Ramos for Real Madrid but also we seen great defensive skills by Milan Lukac after defending penalty to James Rodriguez and whole defense during match as Real Madrid had 23 shots.

We saw a stadium full of Partizan fans and only two and three hundred fans of Manchester City bat stadium was sold out. Even Partizan lost, their fans will be happy after not allowing more than one goal to current holders of Champions League Real Madrid. At this stage nearly everything is cleared in Group A as Real Madrid will be 1st in Group and CSKA will be last, only thing left is to see who will finish second, Manchester City or Partizan as second Manchester has 10 points and Partizan has 7, so if Partizan wins they go through.

Real Madrid started this match in strong mood. In their third attack on this match Sergio Ramos scored a header on near post and got his team in lead after only two minutes of play. Not long from first goal, Sasa Ilic made mistake and pushed Cristiano Ronaldo in penalty area which Mr. Massa saw as penalty and gave to Real Madrid. James Rodriguez took to shoot but Milan Lukac saved with big confidence. In rest of first half we could see on every five shots of Real Madrid one for Partizan and that's how it finished with 23 shots by Real Madrid and only 7 shots by Partizan. So, after final whistle the result was unchanged from second minute of match, Partizan zero, Real Madrid 1.

Last match Partizan plays against Manchester City, the match that will be important to both teams as it is direct duel for second place in Group A.
Login to Quote

Jack
7 years
Unlucky against Madrid! Always was a mountain to climb to beat them but well done on limitating the score

First match in November was against OFK Beograd, another team from Belgrade and our rivals. We started strongly, especially Ewandro who scored in third minute of match. We continued our dominance through whole match and scored five goals, on other side Dusan Micic scored two goals for OFK. Player of the match was Ewandro.

Another match against team from Belgrade, Rad. We dominated again through out whole match and with two goals by Petar Skuletic we were able to win in front on nearly 17000 fans. With this win we continued our unbeatable run and showed once again our dominance in our league.

Next match was another derby match for us against FK Vojvodina played in Novi Sad. Again our dominance came in first plan and gave us safe and easy victory with one goal by Stankovic and Brasanac. This way we made difference between us on league table for three points more as they are second in league.

Quarter finals of cup we played against First league side Sloboda Point Sevojno and I expected easy victory but it was everything but not that. In tenth minute they took lead but we managed to equalize 26 minutes later. After we took lead in second half, they again scored and equalized but after only one minute we scored for final result. In semifinals we will play against Borac Cacak.

Final match of this update was played in Belgrade, our league match against Borac. Our dominance came again in first plan and gave us easy victory which extended our unbeatable run. Player of the match was Ewandro with 2 goals and 2 assists. 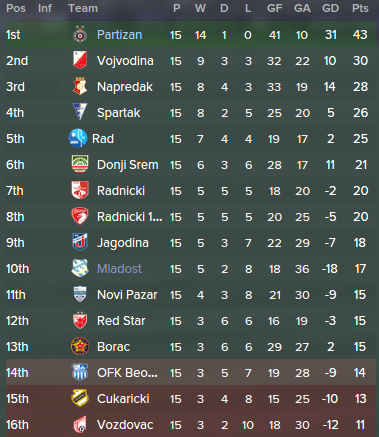 Player of November and December was Ewandro who scored 7 goals and made 3 assists. 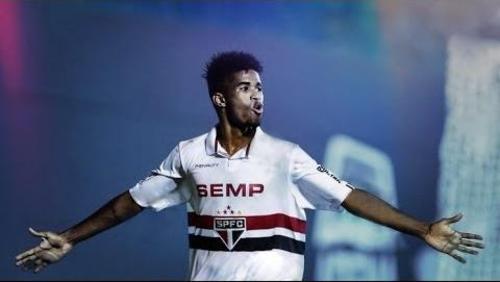 Jack
7 years
Ewandro is doing work for your side Jesus! Amazing month mate! Can't see you losing in a position like you are now.
Login to Quote 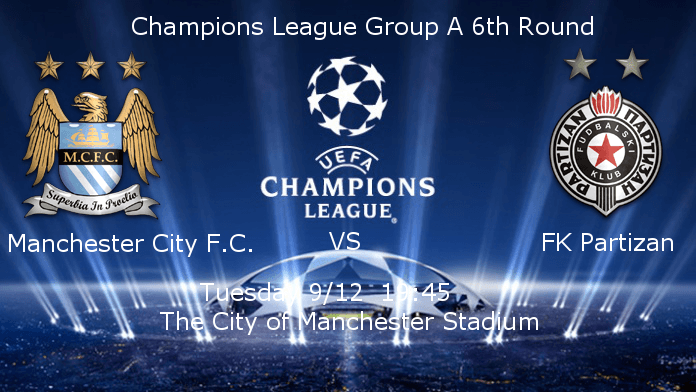 Final match of Champions League Group A between Manchester City and Partizan, direct duel for getting to Knockout round. Manchester City are strong favorites in this match and anything but win will be surprise.

But even if they are favorites, the information that this is so important match for both clubs can make pressure on favorites and we shall see will that happen. In their last match they played draw, 1-1, but this time we could see more goals. Frank Lampard and Gael Clichy will be unavailable for this match due to injury for Manchester City.

Partizan should not feel pressure as they have managed to shut up all critics and went so far this season in European competition and this match will be for them to enjoy playing in England.

Stay tuned and find out who will get to next phase of Champions League.
Login to Quote

dellman
7 years
Good Luck You Can Do It!
Login to Quote 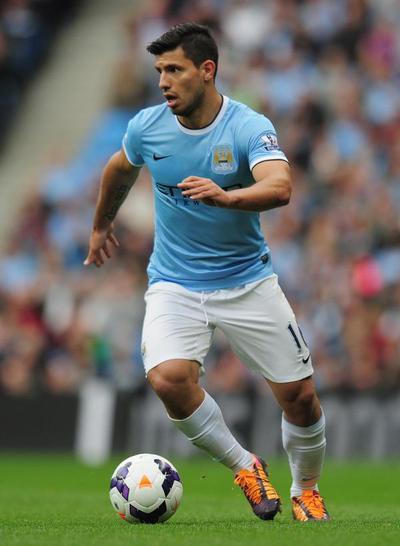 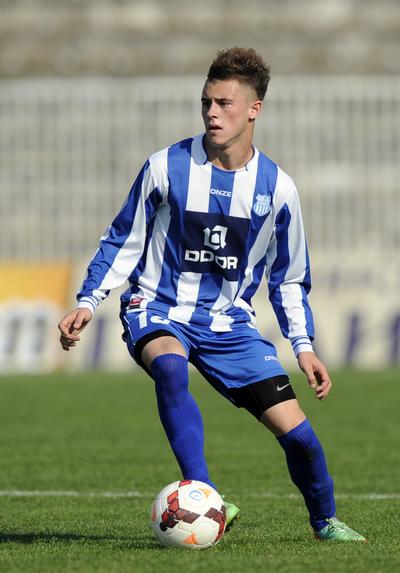 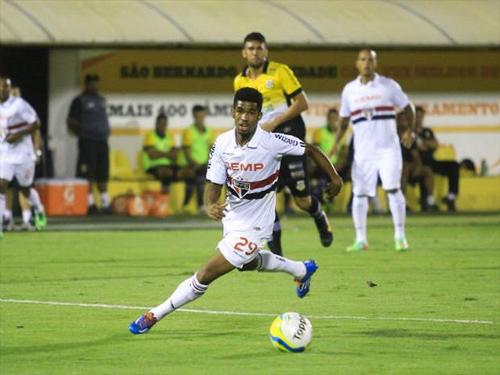 This match was important to both teams as this match was deciding who will be going to Europa League and who will go to Champions League. We saw entertainment play with many chances by Manchester City and big talent from Partizan. Manchester City had incredible 32 shots on goal, on the other side Partizan had only ten.

The stadium was sold out and saw a massive number of Manchester City fans who were cheering for their team from start to end. Last match they played finished as a draw, just like this one only in that match it was 1-1 but in this 2-2. So after this match we have cleared who is second and who is third in Group A. Both Manchester City and Partizan showed quality, but Partizan showed talented squad that is playing better and is ready to burst in Europe. After this match teams will be hoping for good draw and to get as weak teams as possible.

Partizan started this match strongly and had three shots in ten minutes until they scored in 16' minute goal by Dejan Drazic. This goal gave Partizan fans and players confidence that they can win and they scored another, goal by Ewandro in 30'minute. But Manchester City managed to get one back with fabulous goal by Sergio Aguero in 39'minute from 25 yards. Result on half time was 2-1 for Partizan. But as the second half started we saw a strong attacks on Partizan goal when Sergio Aguero scored goal in 49' minute. That goal was leading them to second place in group. As match was going by, everyone could see that Manchester City will take second place as they were attacking strongly. But this match finished as as draw. At the end Manchester City 2, Parizan 2

Partizan continues it's quest in Europe as they will play in First knockout round of Europa League. Stay tuned to see which club are drawn together.
Login to Quote