Joaquimorais
7 years
Not bad, but could improve.

If you can post the classification image.
Login to Quote

Starlord
7 years
With the fixtures you had that month, I think that you did well! You beat Manchester United, who I think are really overpowered this year, and you drew with Chelsea. Well done for this month, and I hope things get better fixture-wise.
Login to Quote

Thanks man, I will be after October's fixtures - i'm just a wee bit too far ahead just now haha

2015-02-07 08:42#207598 Starlord : With the fixtures you had that month, I think that you did well! You beat Manchester United, who I think are really overpowered this year, and you drew with Chelsea. Well done for this month, and I hope things get better fixture-wise.

Yeah, i'm pretty chuffed - United were really dangerous! and the Chelsea result was tough to take, I thought we deserved more from that game
Login to Quote

Spurs Fans Concerned As Side Slip Up

Football fans all around the world know that the run up to Christmas is where league titles and European places are won and lost...And for that reason, Spurs fans have every tight to be concerned at their club's performance this month. With 4 wins from 6 in all competitions and a disappointing defeat in Europe, Spurs were struggling defensively this month.

Man of the Match: Nacer Chadli

Man of the Match: Benjamin Stambouli

Man of the Match: Jese

Man of the Match: Erik Lamela

http://peterleeffl.co.uk/images/players/7443119.png
In a month where Spurs struggled defensively, Soldado was busy providing the firepower up front to carry them through to a respectable end to the month. The Spaniard is forming two very deadly partnerships, with both Harry Kane and Jese, and that is encouraging news for Spurs fans. 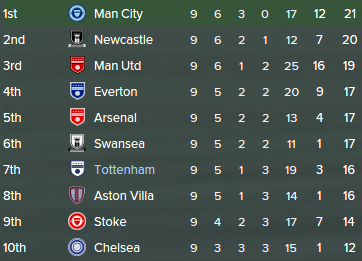 X-gam3r
7 years
keep it up!
Login to Quote

Walter
7 years
Apart from the slip ups at Villa and Rostov I don't think that was a bad month at all. Even if you are conceding a lot of goals, if you score more, you'll win

http://i.telegraph.co.uk/multimedia/archive/03165/robertosoldado_3165694b.jpg
Soldado only managed one goal all month, in a display so different from his early form

Last month, Spurs fans could forgive lacklustre performances because the side were still scoring enough goals to win games. This month, that's not the case. Despite not losing once, Spurs have been disappointing; winning just twice, and drawing four games.

Man of the Match: Younes Kaboul

Man of the Match: Humam Tariq

Man of the Match: Ben Davies

Man of the Match: Frederico Fazio

Player Of The Month: Hugo Lloris 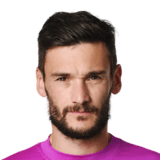 With the strikers failing to score, nothing was more vital to Spurs this month than the Frenchman's 4 clean sheets - keeping out even the likes of Sergio Aguero. Lloris is a real asset to his side, and he has proven that this month with some stellar performances.

http://i3.mirror.co.uk/incoming/article2344939.ece/alternates/s1023/Tottenham-Hotspur-v-West-Ham-United-Premier-League.jpg
Former Spurs boss Andre Villas-Boas has been making his voice heard, saying that Spurs "must improve" in the 2nd half of the season

Any hope of some festive spirit was wiped away this month, as Spurs struggled to 3 wins from 8 games, taking a tumble down to 6th in the league in the process. The month started with a brutal defeat at the hands of Sunderland, and any hope of mounting an unbeaten run was crushed then and there. Many pundits have pointed to an inability to sweep the smaller sides aside as being Spurs' main issue this season.


Against QPR, Spurs showed some of the attacking flair that they have displayed this season, dismantling the newly-promoted side in a display of class which will have breathed confidence throughout the camp. But draws in the next two games, against Mainz and then Arsenal, put a dampener on proceedings.

Podolski put Spurs to the sword when the two teams met at the Emirates, scoring twice.

In the next two games, Spurs were again brilliant, sweeping aside both West Ham and Crystal Palace to keep their footing near the top of the table. Harry Kane and Roberto Soldado were in great form against Spurs' lower league opponents, but it all came unstuck against Everton, who are also challenging for a European spot. Spurs were 2-0 up inside half an hour, and looking good, but they lost concentration, and Everton fought their way back into contention before half-time, before breaking Spurs in the second half to win 4-2.

Against West Brom, it was the same story - complacency, and a lack of concentration at the back, led to the visitors racing into a two goal lead, which spurs could never have clawed back.


Player Of The Month: Christian Eriksen 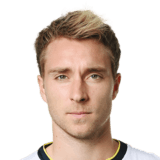 Still recovering from a knee injury which saw him miss several games over the past two months, it was no coincidence that the three games Eriksen started this month were the three which Spurs won. The Dane's pace and vision caused problems for opponents, and even coming off the bench, he was impressive. Not the best month, the 4-2 defeat to Everton must be painful!
Login to Quote

the champi0n fm
7 years
Really enjoying your story so far even if you haven't been on the best run of form recently.
Not trying too be too critical but I recommend changing back to your old format for results as it's always nice to see who scored for you.
Login to Quote

http://kickrepublic.com/images/DeAndre_Yedlin.jpg
DeAndre Yedlin finally completed his move to Spurs, and Arrived in style

As Spurs entered the new year, welcoming Leicester to White Hart Lane, nobody was expecting the surprise that Pochettino sprung on his fans. New boy De Andre Yedlin was on the bench, a move which surprised nobody, as he finally completed his long-awaited transfer to London. What was surprising though, was his companion on the bench: 16 year old Norwegian starlet, Martin Odegaard.

As fans all around White Hart Lane noticed his name on the teamsheet, they were taken aback - Their club had landed the hottest property in World football, and hadn't announced it! On the touchline, Pochettino was grinning to himself. The opposing team were shooting nervous glances at each other, as the atmosphere intensified around the Stadium, and the referee blew for kick-off.

It didn't take long for Spurs to capitalise on the energy washing over them from the stands, as Danny Rose lofted a gorgeous ball over to top to Roberto Soldado, who hammered home for 1-0 - 6 minutes in, and Spurs looked comfortable already.

Less than 20 minutes later, the visitors were even further on the back foot. Spurs' passing had been fast and slick, and Christian Eriksen capitalised on a missed interception on the edge of the area to fire home a snapshot and double his side's lead. 2-0, and the visitors were glad to see the tie to half-time with the deficit still the same.

After the break, there was no rest for the Leicester defence, as Nacer Chadli made his own luck, bombing down the left wing before cutting inside, and stroking the ball past Kasper Schmeichel in the visiting goal. In front of his own fans, Chadli celebrated wildly - he had really shown his credentials throughout this match, and that goal would be giving his manager food for thought.

Just after the hour mark, White Hart Lane cranked the volume even higher, as Odegaard and Yedlin started warming up. Walker and Townsend were the two to make way for the new signings, and the new boys didn't dissapoint - Yedlin's pace tore the defence apart, and he rolled the ball across goal for Odegaard to fire home 7 minutes from time. Was this a glimpse of a new, assured Spurs side? Or just some clever marketing from Pochettino?