InvertedWingbacks
6 years
Arv: I know, I was too shocked to react

hahaha
Sieninen: Thanks bro! yeah, I think the new update style's gonna be the way to go, hope you continue to read!
Login to Quote 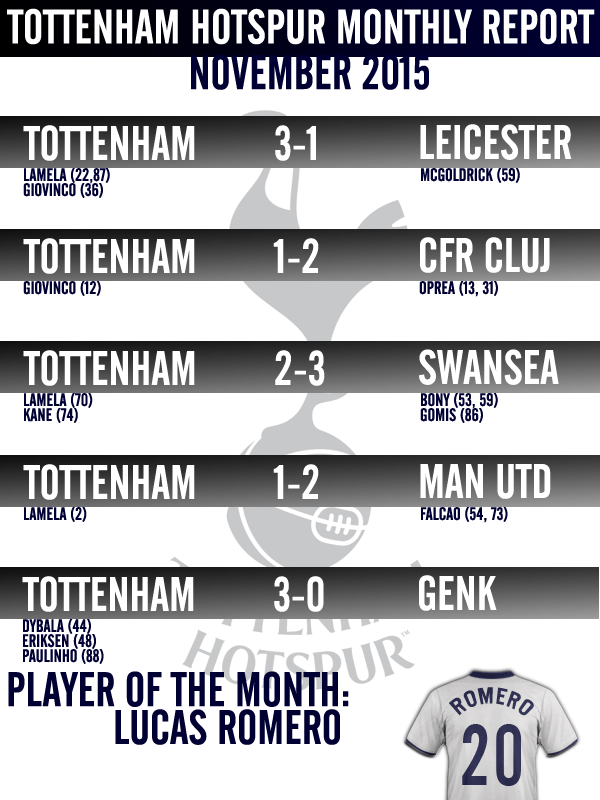 http://i1213.photobucket.com/albums/cc463/SFC2010/4059_zps2a0853ae.png
I wont lie, this month could have gone significantly better. 3 losses in a row, particularly to Cluj and Swansea, was more than a little disappointing. The players know it is not good enough, and we really need to kick on through December to keep our momentum going
Login to Quote

Tallery
6 years
Not the best of months, the Cluj loss must of hurt!
Login to Quote

Laurens
6 years
I just read your story for the first time but great graphics and story so far! I'm sure I'm going to follow this story. Good luck!
1
Login to Quote

http://i1213.photobucket.com/albums/cc463/SFC2010/4059_zps2a0853ae.png
Another Disappointing month for us, but i've seen enough positives to know we've got the quality to turn it around in the second half of the season. We're still competitive in Europe, and that in itself is encouraging.
Login to Quote

Tallery
6 years
Another not great month. But its not awful, so shouldn't be too hard to turn around
Login to Quote

http://www.srbijadanas.com/sites/default/files/a/t/2014/11/20/luka-jovic.jpg
Luka Jovic was one of three new arrivals at White Hart Lane when the window opened

As the pressure mounts on Spurs boss Mauricio Pochettino to turn his side's form around in the second half of the season, the January transfer window is more important than ever. Spurs fans could be forgiven for praying for a massive name to turn their season around, and may well have been left disappointed by the three names now being printed onto Spurs shirts ready for the second half of the season. A talented young right-back, Omrani arrives with almost zero pressure on him to succeed. Young, and with plenty of time to develop, the right-back is certainly not a first-team player, but has the potential to be a special player in the future Unlike Omrani, Jovic arrives with a growing reputation. with 12 goals in 24 games last season, and 7 in 7 before moving to London, the Serbian striker is touted as one of football's hottest properties. Again though, he is not a first-team player, despite having the potential to be one of the best players in the world in the future. Another Talented young striker, Carlos arrives with a massive reputation amongst South American football fans. 3 top scorer at the under 20's world cup, and part of the Brazil squad who came as runners up, this youngster's price tag could run as high as £18m, if all the performance-related bonuses are triggered. A hefty price tag, but can Carlos justify it?
Login to Quote

Oz96
6 years
Luka Jovic and Carlos are two great signings, surely your future at the attack with Prince Harry Kane.

I would switch to 4-4-2 in the future. Play Eriksen on the left as an AP, and then Lamela as a winger on the right. Up top, play Jovic as a Poacher and Carlos as a Treq, a P&T partnership has always done me wonders 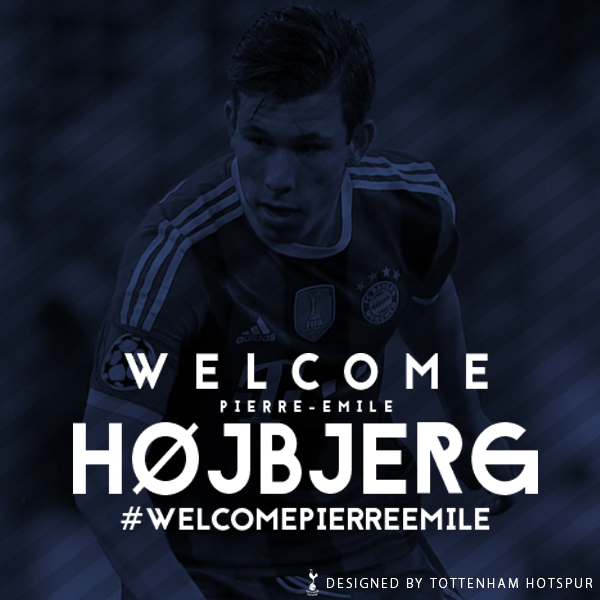 Although never a true regular at Bayern Munich, the youngster has forged a reputation in Germany for being aware of his team-mates, and possessing the vision and skill to pick out a killer pass on a regular basis. Able to play almost anywhere in midfield, Hojberg could be key to Tottenham’s push for European qualification, especially where the final pass has previously been found to be lacking.

Speaking to the media at his press conference today, the new signing was positive about his chances in England: ”Obviously to make the move to England was a big decision for me, but one which I believe will pay off in the long term. I am aware that the league here is more competitive, and that Tottenham have many good midfielders, but that competition will only inspire me to push my game to an even higher level. I am excited about this move, and hope to make the side even better.

Fan reaction to the transfer has been largely positive, with one fan online stating ”This is great news - our midfield has been lacking bite, and this guy is exactly what we’ve needed for a while now now.” 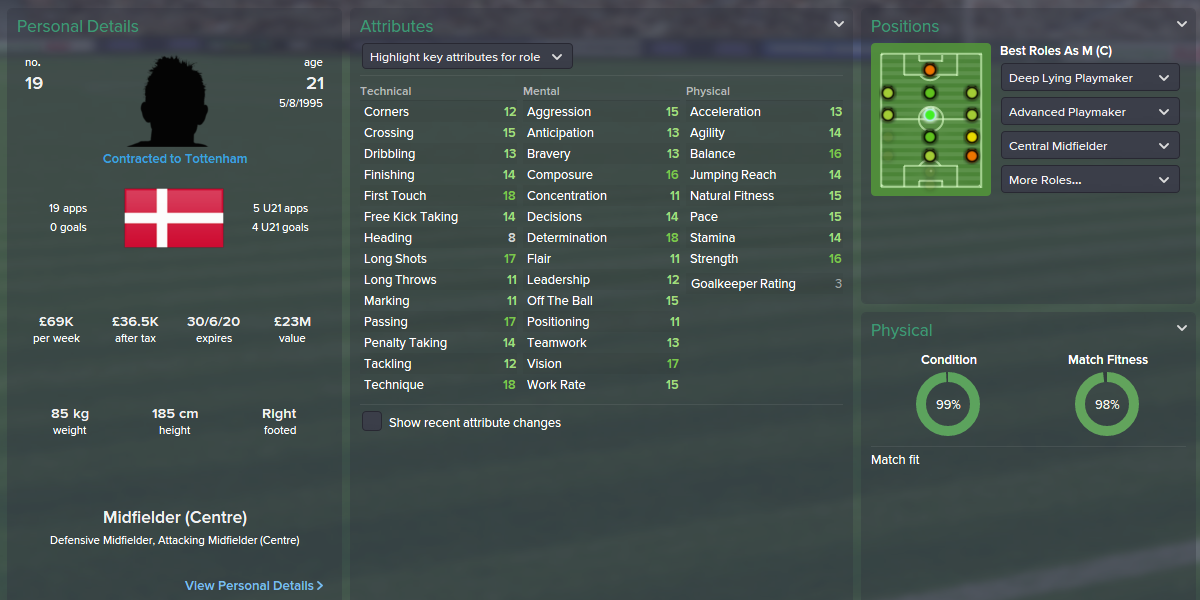 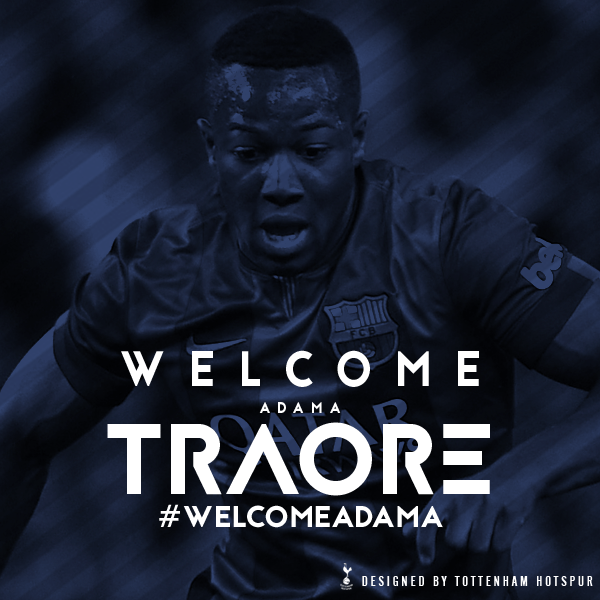 The Barcelona Winger will join Spurs on loan for the remainder of the season.

As the January transfer deadline looms ever closer, Spurs fans were greeted this morning by the news that they have landed Spanish starlet Adama Traore on loan until the end of the season.

Predominantly a right-winger, Traore has struggled to make the breakthrough at Barcelona, playing behind the likes of Neymar and Messi. Spurs fans are apparently viewing the Spaniard as a backup for Erik Lamela, as Pochettino deepens his squad for the second half of the season.

Traore has spent his entire career until this point at the Nou Camp, playing 22 times for the first team, and scoring 4 goals since his breakthrough in 2013. His record for Barcelona B is similar, with 7 goals in 47 appearances. But what Traore brings to the side, in Pochettino's eyes, isn't necessarily measured by goals.

"Adama is a fast, talented player, who can cause defenders all kinds of problems. I would not measure his season on the basis of goals scored, but rather on the basis of how many defenders he passes, his vision, and his work-rate, all of which have been exemplary. He is a great young talent, and I look forwards to working closely with him."

There is no indication yet whether this is a move which Tottenham will seek to make permanent, but for now, Traore will play the remainder of this season in a white shirt. Feliks
6 years
Nice signing, hopefully you can get him permanently down the track!
Login to Quote

Justice
6 years
Some top signings there!
Login to Quote