Hey guys! This is my first LLM story and as I really like playing these saves, I hope, that if you guys follow this save, it will be great. As you can see, I will be Gateshead F.C., founded in 1889 and reformed in 1977(more about club's history in my next update). I will have many, many goals, and I strongly believe that I will achieve every each of one because, this team is known to have sugar daddy chairman, and I hope that with their help, I will succeed. Keep up with story, as tomorrow will be first update. Until then, I hope you comment on beginning. Thanks 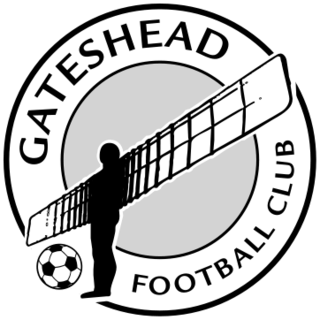 
Throughout this story I will be MisterLister, a guy that has no coaching qualifications and no experience in this sport, as I want to make it as real as possible. My only experience is playing Football Manager and with that knowledge I will look to be successful.

So, here is where all starts. Let's get rolling!


Here you can follow my success
Login to Quote

Arvind
6 years
Gateshead! I had a really fun save with them on FM13. Good luck with this, maybe you'll give Newcastle a run for their money in a few seasons' time

Laurens
6 years
A new story? I'm going to follow this one for sure, Good luck!
Login to Quote


Gateshead Football Club is an English professional football club based in Gateshead, Tyne and Wear. The club participates in the Conference Premier, the fifth tier of English football. A previous version of the club was created in 1930 when South Shields F.C. relocated to Gateshead. They played in the Football League from 1930 until 1960, but were liquidated in 1973. The present club was formed in 1977.


The first-ever recognised club was Gateshead N.E.R. F.C., who were formed in 1889, playing in the Northern Football Alliance until 1903, however the earliest prominent club, Gateshead Town F.C. joined the Northern Football Alliance in 1905, they played their games at the Shuttles and Old Fold Park. The reputation of the club saw them join the North-East Counties League, turning professional and becoming a limited company in 1911. The club attracted large crowds at the time, including a reported attendance of 13,000. However, things started to backfire following a couple of seasons struggle, it was later decided that the club would not re-form after the end of the First World War. In 1919, a new club was reformed, originally known as Close Works, then eventually to be later renamed, Gateshead Town F.C.. Gateshead Town F.C. also played in the Northern Football Alliance League before folding in 1924.
Everything else about history you can see HERE

Gateshead currently play their home games at Gateshead International Stadium with their biggest attendance there being 8,144 for the second leg of their Conference Premier play-off against Grimsby Town on 4 May 2014, which the Heed won 3–1 and 4–2 on aggregate. There was a pitch invasion by the home fans after the Tynesiders secured their first ever place at Wembley.

On 28 October 2009, Gateshead unveiled plans for a new 7,856 capacity football stadium to be built in the town centre. The stadium will be built on a derelict site opposite the Gateshead Civic Centre, formerly the home of North Durham Cricket & Rugby Club.

As they have never won any major titles I won't be writing about that sector.

Kits that have been used by Gateshead F.C. are white top with black shorts, for home games, but for away they play with colors same as Burnley or Aston Villa.

We are ready now to begin our quest, so hold tight and soon will be first update for transfers and pre season matches. Comment and follow. Thanks
Login to Quote


We had a pretty good pre season and players I brought are pretty good and young. First about transfers. We brought many youngsters on free and one player for 70k euros from Jeddeloh, Julian Bennert. He is 22 year old German striker with great finishing skills and posses good speed.

Next player is Navid Nasseri, 17 year old Iran player who plays as Advanced playmaker and was brought on free as all other players. He has good first touch with great speed and very vreative player and hope he will do good for us.

Ashley Harris, 20 year old defensive forward from England is one of best players of this transfer window. He has great technique attributes and very creative, which he showed in friendlies. He is player from Portsmouth academy.

Curtis Jones, 21 year old defender from England has a potential of five stars and his defensive attributes show me that he will be great in future. He is already decent player for sky bet league 1 and is one of our top signings.


Some pretty nice results, with loss against Newcastle, but every other match was pretty good as we won rest of matches. Those were not strong teams, but still, wins are wins so I was pretty happy with how we played in this pre season.

Next stop is league matches update. Comment and stay with this story!
Login to Quote

MisterLister
6 years
Arvind K Thanks mate for commenting and hope you follow.

RicardoKishnaajaciedThanks and hope you will, mate.

Pretty soon will be next update so comment before it!
Login to Quote

Wonderful month for my team. We were dominant but one player showed why is our top player and his name is Adam Campbell. He was dominant scoring thirteen goals in six matches. We played six matches in august and we won each one of it. Against Torquay we had 19 shots and 55% possession. We scored three goals and showed dominance.

Against Wrexham and Eastlight many goals and again dominance with 21 and 18 shots with possession around 55%. Against Grimsby, whoa, what a match, we were leading 1-0, 2-1 and 3-2 and at the end we won with six goals in net of Grimsby. Adam Campbell scored incredible five goals and had rating 10.0 . Again we were on first place. Altrincham was a routine win with three goals in their net. Another dominance with 25 shots for us and only one for them.

Finally, match against Chester was like roof on house, we had 19 shots and scored six goals with their 11 shots. Another great match by Adam Campbell who scored three goals.

sieninen
6 years
What a start that is! And great young signings in the previous post. Now just waiting for Macclesfield to drop points

MisterLister
6 years
Tallery Yeah, it was fabulous. To be honest, I didn't expected that

sieninen It's still too early to think about Macc. dropping points, but I'm very happy how it's going at the moment.

Thanks for commenting guys!

Soon will be next update for September!
Login to Quote

BadWolf
6 years
My eyes, all that green. Good job, keep it up.
1
Login to Quote

Well, I can only say that I was pretty disappointed with this month after August. Insecure play by my team produced results that we didn't want to happen. But even after these results, the brightest star was again Adam Campbell who scored seven goals in seven matches. First match of the month was against Kidderminster, and after August, good play continued in that match as we produced 21 shots on goal with 53% of possession. Adam Campbell scored two goals on this match and one goal by Bennert.

Next match was played against AFC Telford in which we played draw. Again, we were dominant but we were insecure in defense which produced this kind of result. That draw really scared me but next match against Dartford has took away my concerns and gave us another win with again two goals by Campbell. Domination got us victory and took us back on 1st place in table. But, next match dropped us on 2nd placed as we were unlucky against Macclesfield. Although we had ball in our legs we lost that match, giving us our first defeat this season which frightened me as I thought that it would be beginning of an end.

In match against Welling, my concerns became reality as we were losing 0-1 until 75th minute when we equalized but even if we had 26 shots on goal and they had only 4 shots, we drew that match too. Only goal on that match for us scored James Curtis from corner. Next was Aldershot and another two goals by Adam Campbell and finally, after two matches without win, we were able to show desire and to win that match. Final match of month was against Lincoln but that match was so boring that there were only couple of minutes of live play that I watched. Match without chances and desire from my squad to win it.

Next month must be better as this mistakes cannot be made anymore!

Player Of The Month:

BadWolf
6 years
You are still going strong, good results, few slips but all in all good update,keep it up.
Login to Quote

You are reading "Gateshead F.C. - The Road To Glory".