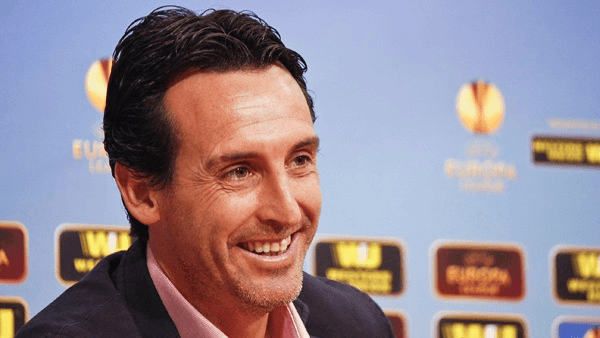 In the last few minutes, Spanish side Sevilla have announced the departure of manager Unai Emery.

Emery had led the club to two consecutive Europa League wins and as a result of a newly implemented rule, assured qualification for his side in the UEFA Champions League next season. Sky Sports had reported earlier that the Spaniard had been the subject of serious interest from both West Ham United and Napoli but they have both since hired new managers, with Sky sources understanding that Emery dismissed the interest from the two sides.

Emery leaves the club in a strong position heading into the new season but the main feeling in Seville is one of disappointment that a real fan favorite has left the club. The likes of Carlos Bacca - who scored 28 goals in all competitions, netting two in the Final of the Europa League - and Vicente Iborra received much praise last season and any incoming manager will be hopeful of keeping such key players around at the club. 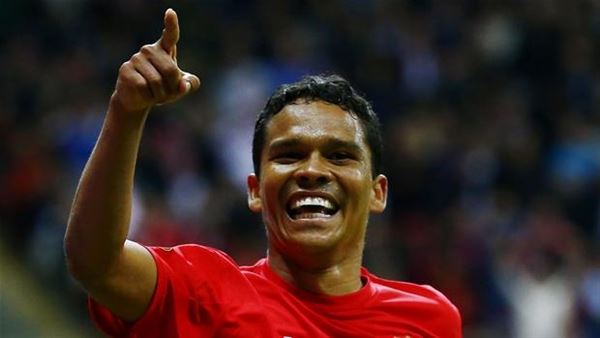 Emery has stated that his reason for leaving Sevilla is to take a short break from football and he has thanked the fans of the "great" club for their support in his two year stay at Estadio Ramón Sánchez Pizjuán.

"It's been an absolute pleasure to work at such a reputable club. Sevilla have done wonders for me as a coach and I would like to think that I've improved the team in my short time here. It's true that I am taking a short break from football and I felt that resigning from this club would be the fairest option for the fans.

The fans have been excellent during my time in Seville and I am so pleased to have worked for this great club. I would like to return some time in the near future but who knows what will happen?"

It will be a challenge for any new manager to keep hold of Carlos Bacca, with interest from several of Europe's top clubs and Sky sources understand that Liverpool, who failed to qualify for the Champions League last term, have held unofficial talks with the Colombian.
Login to Quote 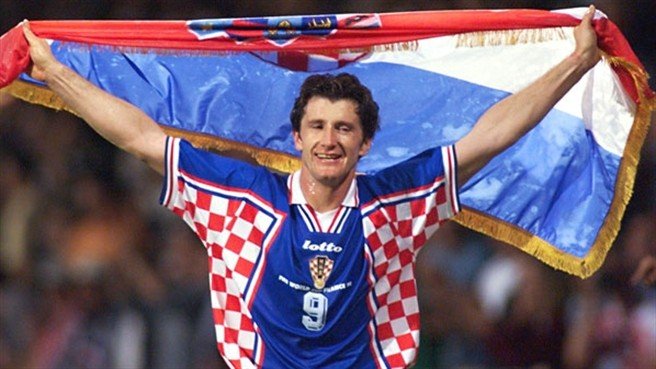 The former striker played for Sevilla between 1991 and 1996, making 153 league appearances for the Spanish club and netting 76 goals in the process.

He went on to play for rivals Real Madrid and retired in 2003 while playing at 1860 Munich. The Croat held the position of President of the Croatian Football Federation since 2012 but has given up his title with his home nation to devote all of his time on his new opportunity back in Spain.

Šuker is something of a hero to Sevilla fans and despite their disappointment at Emery's departure, the general feeling around Seville is one of optimism that their new manager will deliver the goods on his return to the club. 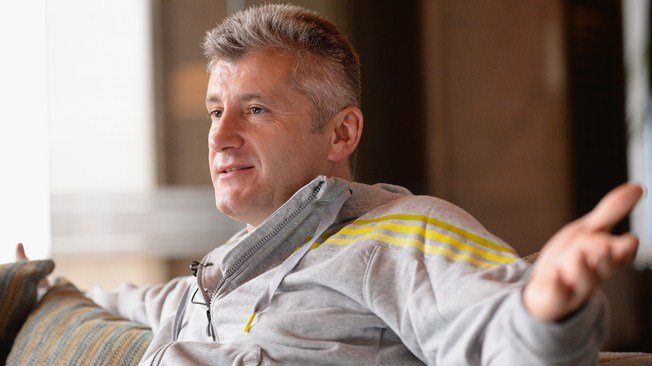 It has been reported that Šuker, who also scored 45 goals for his country Croatia in just 69 games, will look to move on a couple of key first team players in order to strengthen the side, leading many to question the future of Colombian striker Carlos Bacca once again, who had already been linked with a move away from Sevilla despite their qualification for the UEFA Champions League.

Šuker has been talking to several media outlets about his appointment at Sevilla.

"I feel truly blessed to have been given the opportunity to lead one of the clubs that I am most passionate about. The squad here is fantastic, as I'm sure people saw in the last two Europa League campaigns.

It is my intention to give Sevilla the extra push and help them to not only qualify for the Champions League on a regular basis, but also to challenge the likes of Barcelona and Real Madrid domestically. To do that, I think I need to make a few changes.

I feel honored that I was chosen to replace such a fantastic coach in Unai Emery and he has given me his best wishes for the season ahead. I can't wait to get underway here and hopefully prove that I've got what it takes in football management."
Login to Quote 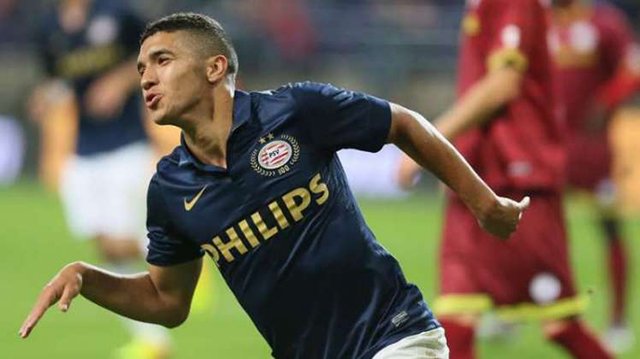 Zakaria Bakkali has signed a four-year deal at Serie A Champions Juventus, having been released from PSV Eindhoven at the end of the season.

The 18-year-old winger is well known across Europe and has already won one cap for his native Belgium. He impressed pundits and fans alike two seasons ago, but has since been dropped with questions about his attitude coming to the surface.

The youngster was 'banished' from the first team when he refused to sign a new contract with PSV and the Dutch club agreed to sell the player in the winter transfer window, but when Celtic came in with a £750,000 bid, they rejected it, claiming that they were not 100% certain whether Bakkali would leave the club or not.

Eventually the highly rated prospect ran down his contract with the club and was a free agent for around two weeks before Juventus manager Max Allegri snapped him up.

The Italian manager believes that Bakkali can still get to the very top of the game if he sorts out any attitude problems quickly and gets his head down to work in Turin.

"Zakaria is a brilliant player, no doubt. However, one of the terms that was discussed with him and his agent Mohamed Amrani was that he would have to be completely focused here. Any attitude problems like the ones seen at PSV and he's straight out the door. He knows this and I truly believe that if he does genuinely put in the work then he can become one of the world's greatest players."

Perhaps Bakkali's potential is evidenced by the other teams that were interested in acquiring his services.

The likes of Inter Milan, Chelsea, Arsenal, Manchester United, Barcelona, Real Madrid, Bayern Munich and Europa League winners Sevilla were interested in signing the youngster but he opted to sign a deal with the Serie A champions and now he must work hard for a place in the team, although Sky sources understand a loan move for the Liège-born winger is likely.
Login to Quote 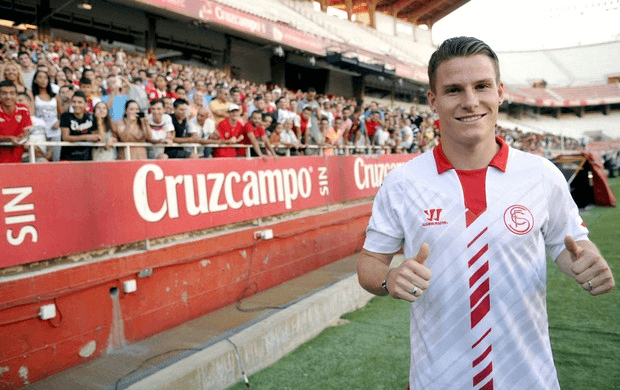 Kevin Gameiro has made the switch from Sevilla back to Ligue 1, the club has confirmed. The Frenchman will return to his homeland to play for AS Monaco in a deal worth £15 million.

Liga BBVA side Sevilla have confirmed that French striker Kevin Gameiro has returned to Ligue 1 to play for AS Monaco. The French club finished 3rd in the league last season and enjoyed a good run in the UEFA Champions League, eventually losing out to finalists Juventus in the Quarter Final.

The team, owned by rich Russian businessman Dmitry Rybolovlev, lacked a certain edge in the attacking department, however, with star striker Radamel Falcao sent out on loan to Manchester United to relieve them of his high wages for one season. 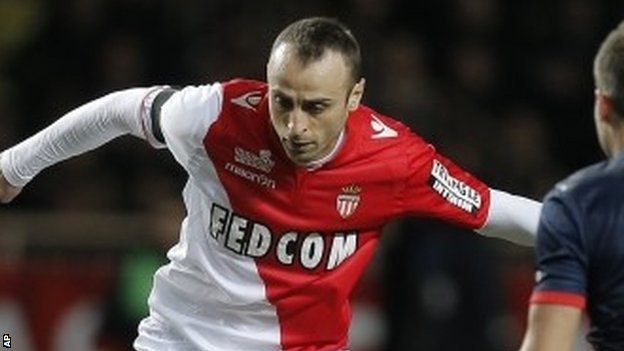 Bulgarian striker Dimitar Berbatov was brought in as a short term replacement for Falcao, and the former Manchester United and Tottenham star scored 13 goals in 38 games in the league, but was released by the club at the end of the season.

With Falcao loaned out once again this season to Premier League champions Chelsea, the team had to act quickly to bring in a replacement striker and decided that man to be Gameiro of Sevilla.

The Frenchman scored just eight goals in 26 league games last season, but Monaco officials are confident he will return to his best form back in his home country.

Gameiro, 27, becomes Monaco's first signing of the summer, although they are in talks with Newcastle over a £13m deal to bring Moussa Sissoko to the club.

It is likely that the money raised from Gameiro's departure will fund a move for another striker for Sevilla, with Carlos Bacca the only attacking player that really oozes quality in their side at present.
1
Login to Quote 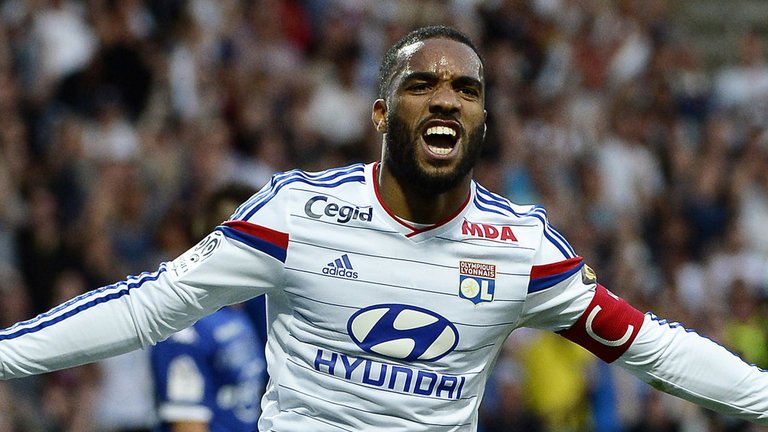 Highly sought after striker Alexandre Lacazette has penned a five year deal with La Liga side Sevilla. The Spanish club opted to bring in the in-form striker as a replacement for fellow Frenchman Kevin Gameiro, who left for Monaco earlier in the week.

Previously Sky had reported that Lacazette would only move to a team in the UEFA Champions League, and Sevilla are a team that fits that bracket.

Their Europa League Final victory over Dnipro means that they qualified for the elite competition thanks to a newly implemented rule introduced by UEFA designed to make the Europa League more competitive.

Lacazette netted 27 goals in just 31 games in the league last season as Lyon went on to finish 2nd in Ligue 1 and qualify for the Champions League, so it looks as though Lacazette is simply looking for a new challenge rather than feeling the club is underachieving.

Fans of Les Gones are disappointed at Lacazette's departure, especially for the measly £10 million fee involved.

The deal could eventually rise to £15 million due to a number of clauses that the player would have to meet for Lyon to receive the extra cash, but the fans are still shocked that the locally born striker was allowed to leave for such a small fee.

In contrast, Kevin Gameiro, who only scored eight goals in 26 games for Sevilla last season, joined Monaco for a £15 million transfer fee, with all of the money being paid up front.

Lyon fans may be angry but Sevilla fans are delighted at the prospect of seeing Lacazette and Carlos Bacca - two of Europe's most prolific strikers in the last couple of years - linking up in attack.
Login to Quote