http://s0.geograph.org.uk/geophotos/01/10/18/1101887_1d8f90aa.jpg
Dudley… is there going to be a new club formed in Dudley, England? Odds have Dudley as favourites.
Recent reports have suggested that a new club will form in Europe, leading to some people wondering just who the club owner is, as well as where this club will be based.

While these reports have not been confirmed as true, different sources all have similar stories, that a young businessman has bought their own football club. However, not much else is known about this story, and the rest is all down to speculation. We may never get an answer as to whether this rumour is true.

The rumour originated from an obscure newspaper company in Andorra. After that, similar rumours came from companies throughout Europe.

As with many rumours, this has produced some hilarious comments, as well as some insightful ones. But we are a newspaper that doesn’t do insightful. So we’ll skip to the hilarious ones.

First of all, @CarverIsBae said ”I bet you Carver has made a country named Carverland, complete with cities, and the club is in fact going to be the Carverland League system instead. #youhearditherefirst”

Another tweet is this, from @NedXYZ, who said ”Just putting it out there, Blatter’s been quiet for a number of weeks… #Blatter4NewClub”

@TotesNotKaranka said the final quote, ”All these rumours about the new club are no f****** good. Only Blackpool are stopping this from being the worst f****** thing in existance. #nofinggood”

Well, I guess we better show some insightful ones too. The first is from @ShadowOfPool, who said, ”This new club rumour is interesting. Will they be starting from the bottom of their system, if it’s true, or will they be oil rich and able to start at the top?

Also, Discussport2015 said, ”So, a new club? Hoping it’s somewhere in Germany, try to break that Bayern dominance. Same could be said for many countries, but the domination in certain countries make those leagues much more boring.”

Finally, UnofficialEggplant said this, ”Personally, I’m hoping that the new club will start in a smaller league, because Spain, Germany and England’s countries are dominating European football at the moment. Just my input.”
More On This Story: Where Could The New Club Be?
As seen there, discussion as to where this new club will be based in has been one of the more interesting aspects of this new rumour - with people hoping for places all over Europe. The current favourites, however, are Dudley and Canterbury in England.

We believe that Dudley would be a good candidate because of the lack of football there in the first place. Birmingham, Aston Villa, Wolves and various other Midland clubs are nearby for the rivalries later on if they get there, and there’s a decent population to get players in.

However, an even better candidate in England is the City of Westminster. With a population of 236,000, there would be little trouble getting a team sorted, and what with being in the capital city of England, things could be quite tense with rivalries. It’s a large city too, with a southern boundary to the River Thames - so there is a lot of potential with this city.

Another English city is the historic Canterbury, based in Kent. A popular tourist destination, players from all over the world may be happy to join this cathedral city, and with a population of 55,240, they may need the foreign players. Perhaps not the most ideal for homegrown players, but there is certainly a reason for people to join.

Moving slightly away from England now to the region of Bretagne in France. With a population of over 4 million and a beautiful repetitive coat of arms, Bretagne could make a brilliant football club. It’s near the English Channel, which gives it a popularity against other French clubs.

Also Related To This Story
New Club In Europe?
Tim Sherwood Set For Strictly
Fish and Chips Shop Release ‘Blattered Sausage’
Newsflash: Heskey Jokes Are No Longer Funny
Watch David Moyes Realise Real Sociedad Aren’t In Portugal
Survey Shows That Nobody Likes Bayern Munich
A/N: This is a joint story between two baes (myself and Tallerbae), and more will be explained later.

My Middlesbrough story will still be going on.
Login to Quote

LFC
5 years
Interesting... will be following. Very nicely written introduction and this should be good.
Login to Quote

Aaron
5 years
I know this will be amazing even without reading it, and it's a shame I haven't got time to read it so I shall leave you and read it later

SimichC
5 years
Awesome hope you and Tammy do a good job!
Login to Quote

Following a report last week reporting that a new club is set to be founded on the Canary Islands, it has been confirmed that multi-billionaire Thomas Allery done exactly this. The confirmation comes from his official website [www.tallery.co.uk].

I am very excited to announce that I will be a proud owner of a new football club in the Canary Islands. To own a football club is a huge dream and to found my own just about puts the icing on the cake. I have a huge passion for the beautiful game and I can be very sure that the new club will be run properly and officially, but will keep its relationship with its supporters – that is the most important thing about football clubs.


Along with the announcement, it was also confirmed that the club will be based in the city of Arrecife – the capital of Lanzarote in the Canary Islands. The city has been capital of the popular tourist resort since 1852, when it was a fishing port.

Arrecife seemed like the perfect place to own a football club, it’s a city that’s modernising quickly and needs something else, other than tourism, to attract people to such a wonderful place. I went on holiday when I was younger and fell in love with the place, so it only felt natural to own a club there.


Despite revealing all this information, there was no club name, colours or crest announced, although the header image (as seen in the article image) suggests it may be red and white, leaving many football-enthusiasts and graphic designers speculating and creating mock-up crests, which are rapidly appearing over the internet.

Many Lanzarotians took to social media too to express their pleasure of a new football club coming to the island, including these from social media site Twitter.

@Pedro_Lanz: A new football club is coming to Lanzarote, that’s good – although I haven’t heard of this multi-billionaire owner before
@DavidCarrilla223: #Arrecife has a new football club, looking forward to going to see them play
@ElBarcaJuevo: This new club has lots of potential #challengingusin10years
@LaMadridistaNueve: Another team with a billionaire owner #barcacannotjusttakethemickoutofusanymore
@LaCocinaRosa: This club from Lanzarote could be interesting, could they overtake Tenerife as the biggest club in the Canarias? #questions

Allery also announced that the club will start its journey from the bottom ranks of the Spanish football leagues, playing in the fifth division – Divisiones Reognales Españolas Grupo 10 - which will see the club battling it out against other teams from the Canary Islands in their inaugural campaign.

To start off from nearly at the bottom, at semi-professional level, is also very nice, as it means we can really build up from scratch. It will be good to see what our competition from our local area is like too, which is very good. The fact that we start at semi-pro level allows the club to attract local players and tie them down to contracts, and this will give us a good advantage.


The clubs main target now will be to announce its first ever first team, and a backroom staff – which is expected to be announced in the coming days.
Login to Quote

NorthernPride
5 years
Like the look of this! Lanzarote is a fantastic location for the club too!
Login to Quote

FlashedJunkMind
5 years
I like it, nice format. Good luck.
Login to Quote

Louis O.
5 years
Ooh one of those things where you make a club. Hurry up and show us kits and badge!
Login to Quote

Tallery
5 years
@LFC - It will be good.
@Aaron - You better read it

@Simich - We will, I promise
@LLM - You're flattering me

@Iconic - Alex added that just so you would read it

@NorthernPride - Certainly is, why we chose it
@Flashed - Thanks
@Pauker - ty
@Louis - Thats coming soon

Today, newly formed Arrecife have announced the clubs first logo and the official name of the team from the Canary Islands. The club, which will debut in the Divisiones Reognales Españolas Grupo 10 this upcoming season, will be officially known as Club Deportivo Arrecife, which officially translates into Sports Club Arrecife, but the club will mostly likely be known as CD Arrecife, or simply Arrecife.


The logo also confirms the clubs colours, which appear to be red and white – as previously thought – and black. The red is thought to be inspired by the cities flag and coat of arms, which heavily features the colour. The white derives from the crest on the waves that hit the coast of Lanzarote, and the black is thought to represent the ash that is spewed from the landscape, and the landscape of the solidified molten.

The image in the middle – a silhouette of a bird carrying a fish – it’s thought to have been inspired by the image on the crest of the city – a Fishing Eagle, which is common bird in the Canaries, and a fish which has been caught by the bird of prey. The crest also features slick lines to connect the text on the outside of the logo.

Chairman Thomas Allery said ‘the logo is exactly what we wanted’ and called it ‘a masterpiece’.

The Logo is great; it really sets the tone of the club. It relates to the people and the area very well, and while creating a modern, stylish appearance for the club that can be easily adapted to suit different scenarios. The logo is exactly what we wanted, a true masterpiece. The guys who have designed this have really done themselves proud.


Many people on social media have praised the crest, suggesting that it is exactly what the fans wanted to represent the club, not only on a national level, but internationally.


In a separate announcement on the same day, Arrecife also released a few kit teasers for their strip for their upcoming debut campaign. The first two teasers focused on the crest, which had only been announced a few hours earlier. 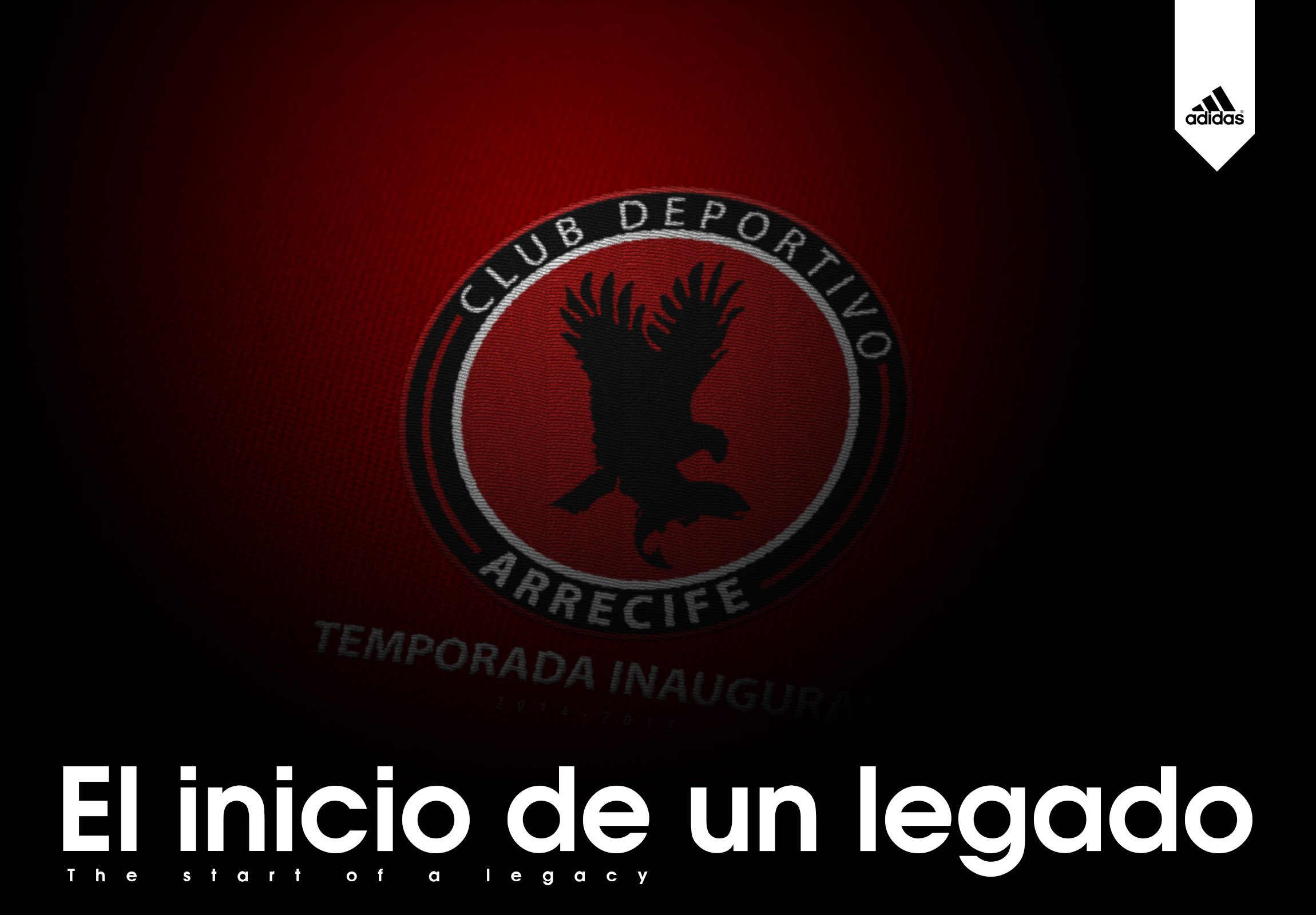 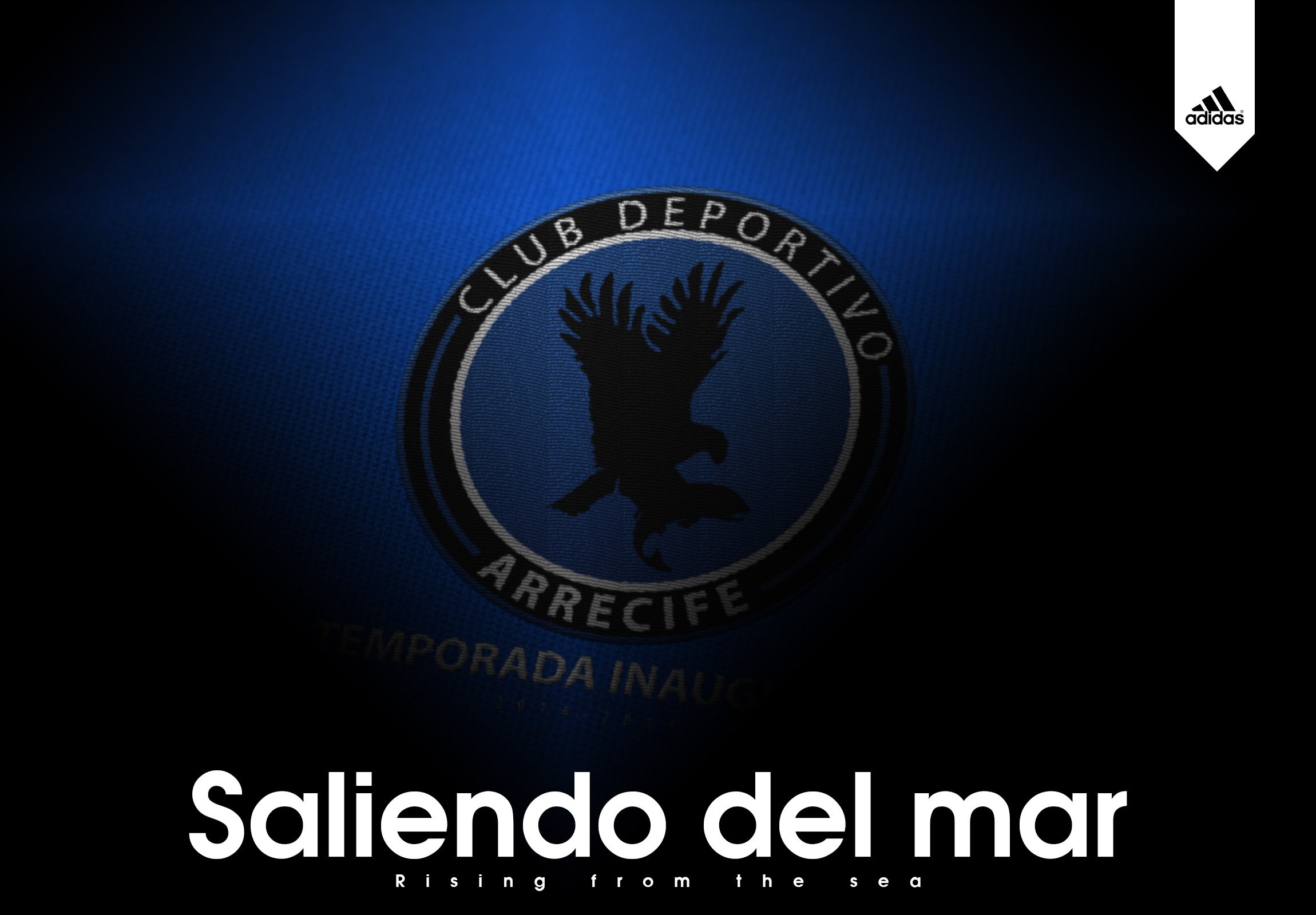 The away kit teaser

The away kit teaser revealed a blue crest and a blue kit, which is probably what Allery referred when he spoke about ‘easily adapted to suit different scenarios’. It is thought that this could be taken from the other prominent colour in Arrecife’s crest and flag. 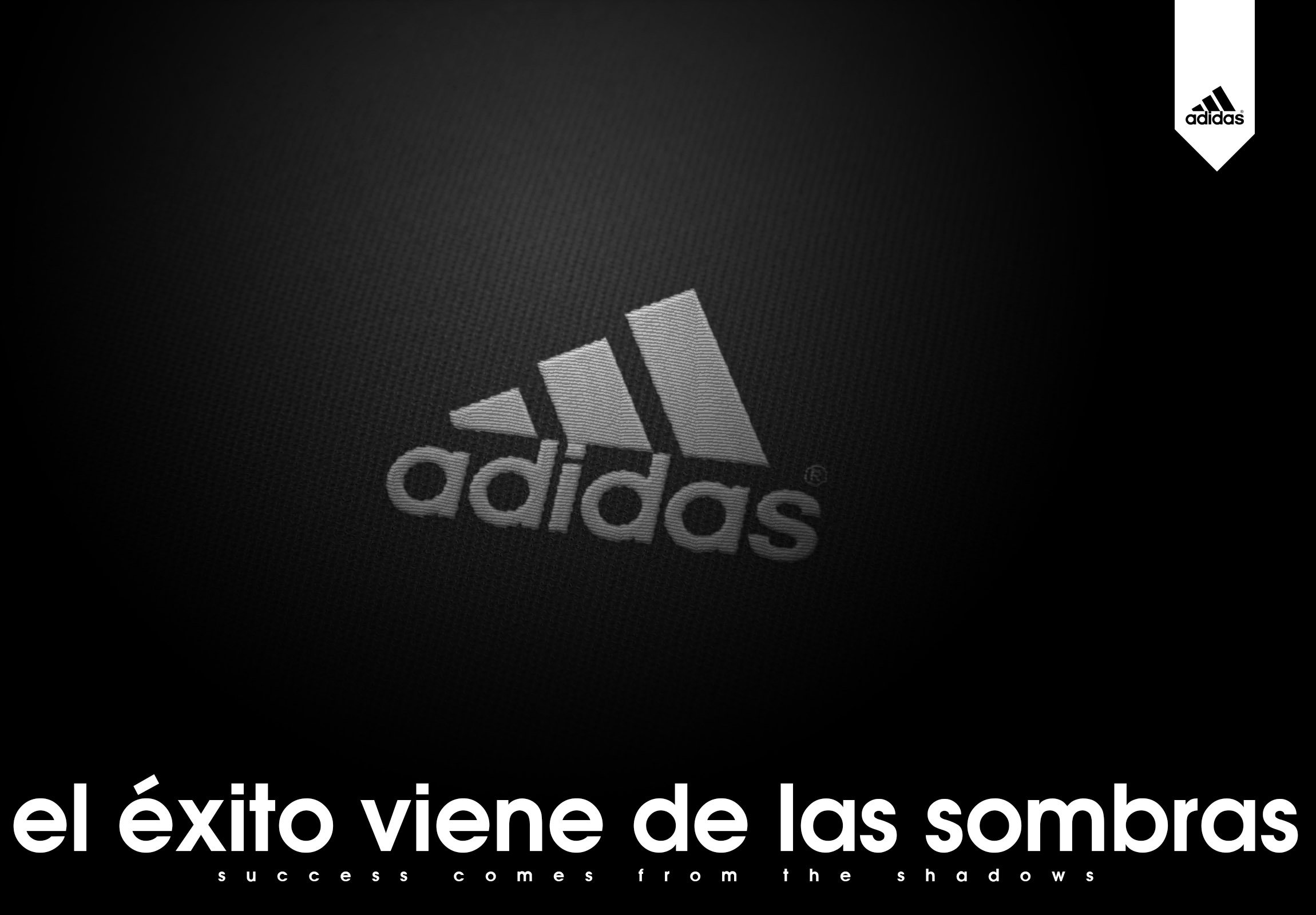 The Third Kit teaser, however, decided to focus on the adidas logo, confirming, if the teasers didn’t already, that the German sportswear giant will be making the clubs kits for at least its inaugural season, showing that Arrecife – despite starting small – wants to create an international brand.

However, for the supporters, the kits aren’t the priority – its finding out who will manage the club that is the topic of their discussions – and that also has to be the first thought of the club too.
Login to Quote

SimichC
5 years
Why you gotta put teasers like this Tammy I want full kits now.
Login to Quote

You are reading "Creating A Giant".