BadWolf
7 years
It will be interesting to see Villa without Agbonlahor and how Nolan fits in.
1
Login to Quote

No1VillaFan
7 years
BadWolf Yeah, but Agbonlahor was not that great really 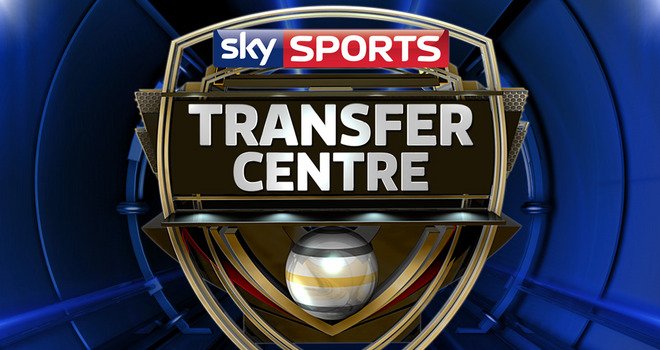 Another In As Another Departs For Villa 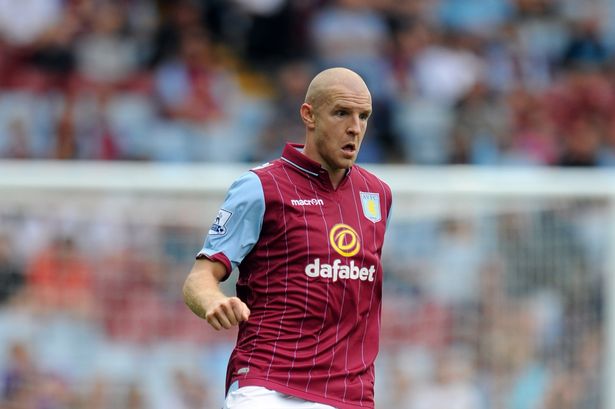 Aston Villa today said goodbye to Swiss central defender Phillipe Senderos after he completed his move from Aston Villa to Scottish Champions Celtic for a fee beleived to be around £1,300,000.

Senderos, who has played for Arsenal, A.C Milan and Valencia to name just three clubs also won 54 caps and scored 5 goals for the Swiss national side. Aston Villa manager Steven Gerrard thanks Senderos for everything he had done for Villa. He (Senderos) has been a wonderful servant to this club over the last season but Celtic offered £1,500,000 for him and it was a decision we made to sell him on. 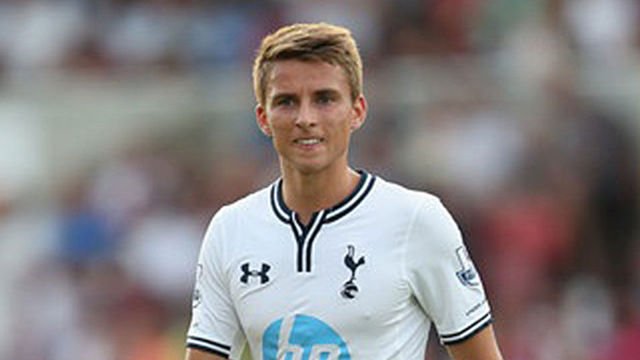 In other Villa news, Tottenham's young and upcoming midfielder Thomas Carroll has joined the club on loan for the season. with opportunities limited in the Spur's side, manager teven Gerrard wasted no time in snapping up the youngster and the Villa manager is tipping Carroll for the top.

Thomas has a huge future ahead of him. I think he could make a big push for the England squad over the coming years and hopefully while here he can help push us up the table too.
Login to Quote 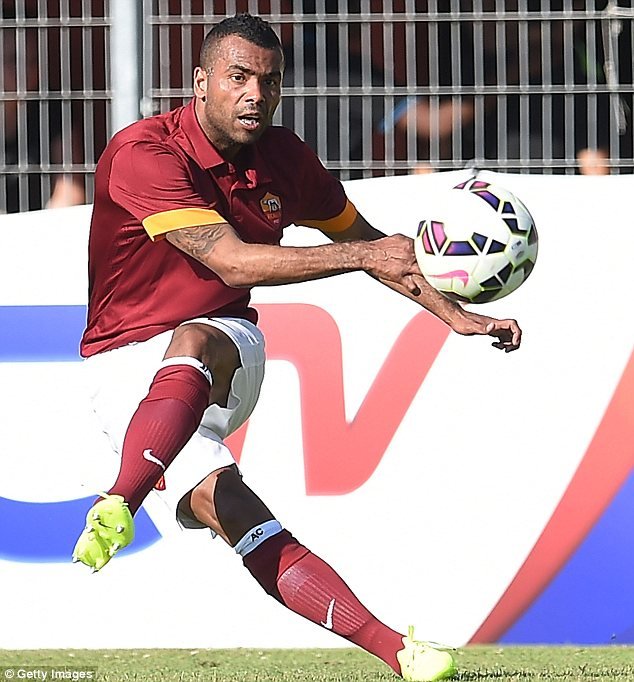 Aston Villa today announced the shock signing of forer England, Arsenal and Chelsea left back Ashley Cole. The Englishman, who is now 34 years old will come into Villa to help Jordan Amavi adapt to the English game and maybe, just maybe challenge him to start matches, but this means that Keiron Richardson is surly now on his way out and manager Steven Gerrard had some words to say about Ashley Cole.

I just had to go for him when I found out that he wanted back into England. Ashley is going to be a integral part of the side for us with the season upcoming and I hope he can be the influence that I am looking for along with midfielder Kevin Nolan and I can not wait for this to get started now.

It is understood that Aston Villa have now completed there transfers and manager Stevie G has the job to get the best out of his players now.


Aston Villa today announced there squad numbers for the upcoming Premier League campaign. There was a major shock as Brad Guzan had the numer one shirt took off him and it was given to new signing Mark Bunn. 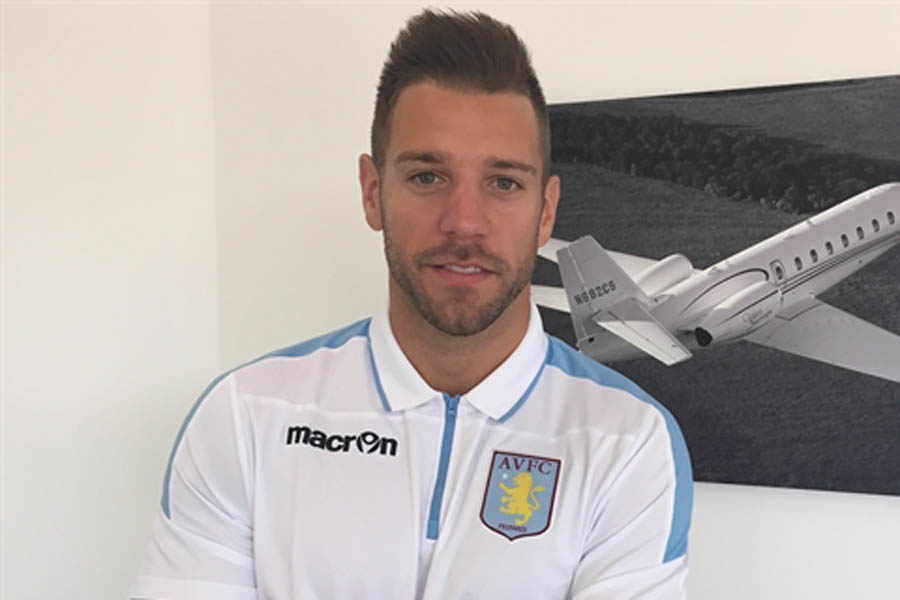 Mark Bunn WILL start as Villa's number 1 keeper this season 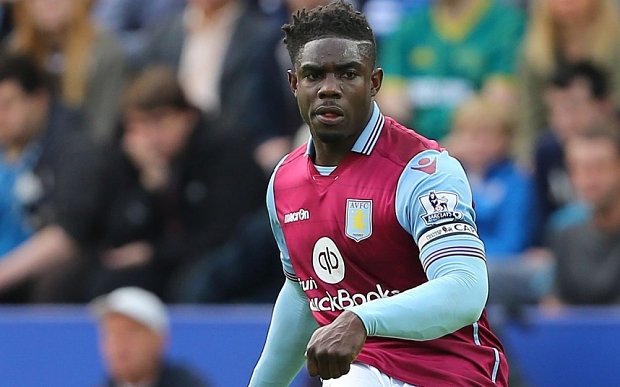 Ciaren Clark and new signing Joleon Lescott have been given the number's five and six respectively. Lescott, who is a lifelong Villa fan must be looking forward to playing for The Villans this season. 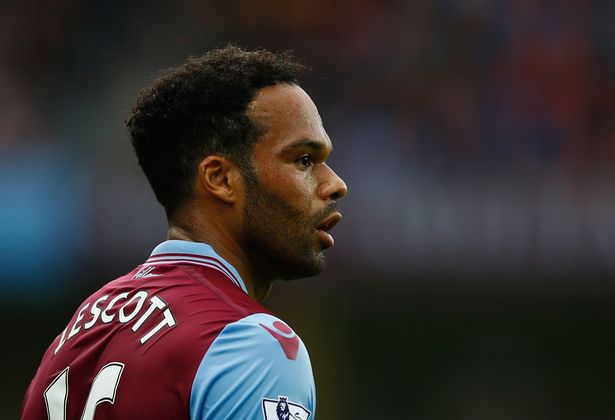 Lescott has been awarded the number 5 shirt this season 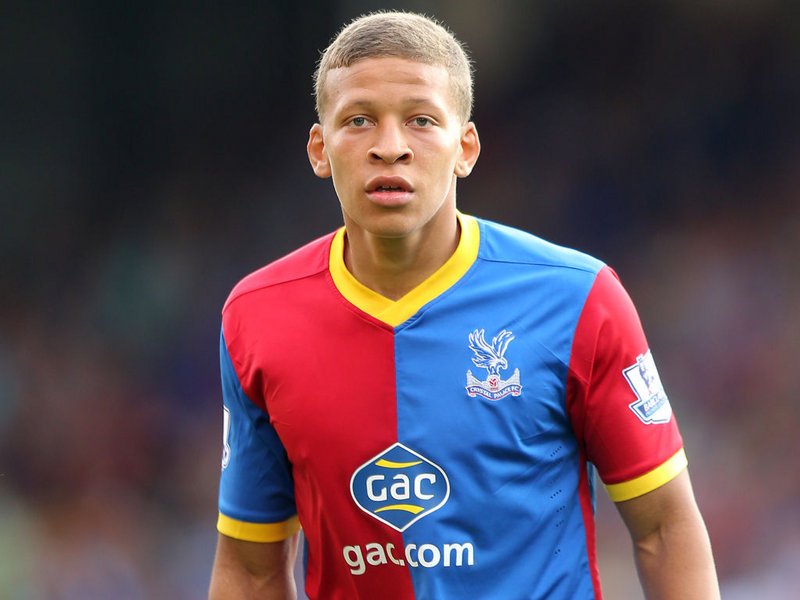 Benin international Rudy Gestede has been given the number ten shirt, signalling Gerrards intent to play two up front, Jores Okore no longer has the number five shirt and has been handed the number twelve shirt. 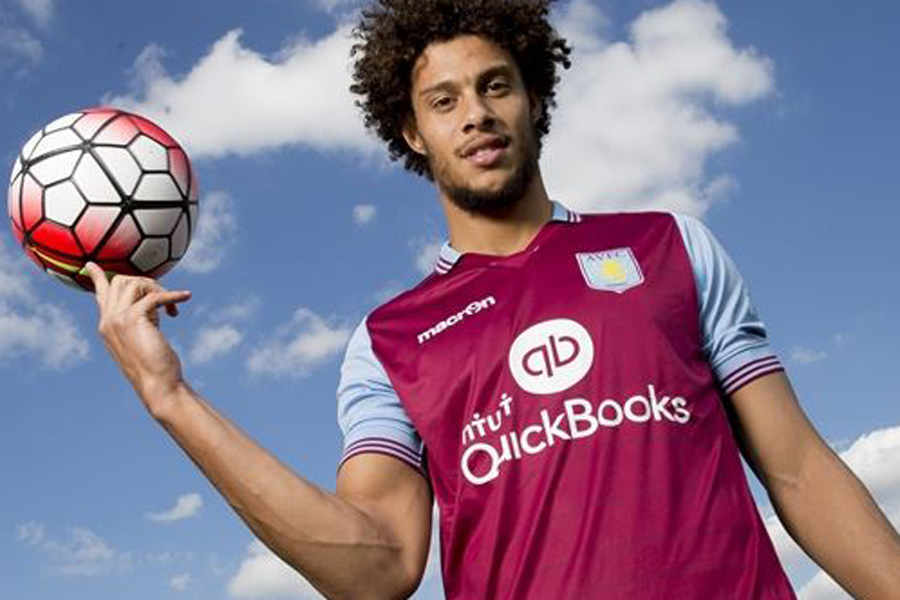 Gestede has got the number 10 shirt this season

Idrissa Gueye wanted to have the number 13 shirt, so he was given it and new signing Ashley Cole has received the number fourteen shirt for his first season at Aston Villa and Englishman Ashley Westwood is given the number fifteen shirt. 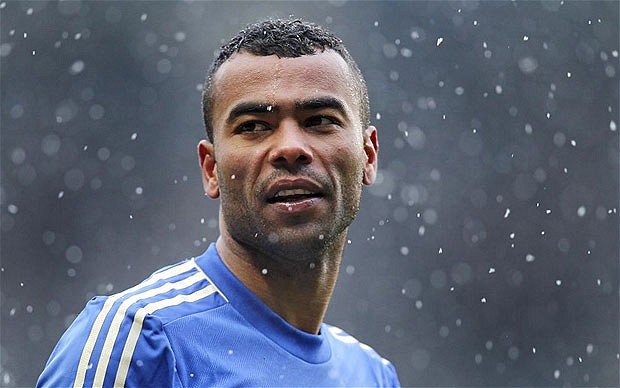 Cole is given the number 14 shirt

Jordan Ayew has been given the number nineteen shirt for his first season at Aston Villa and Brad Guzan has been relegated to number twenty and is sure to not be very happy at all with it and Alan Hutton keeps his slot at number twenty-one, which is his favourite number. 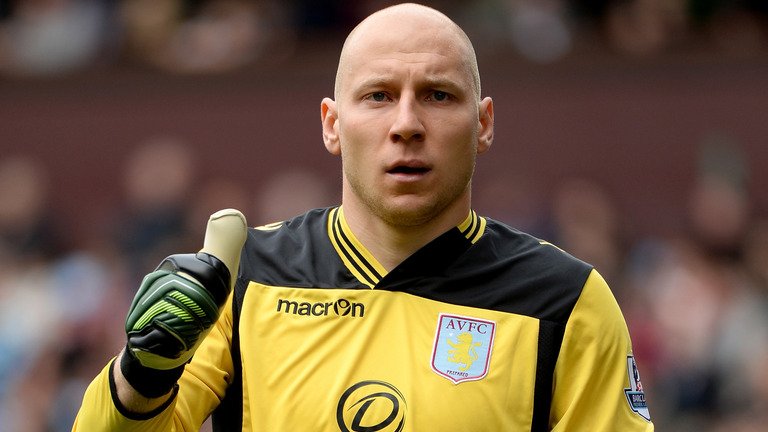 Brad Guzan has been given shirt 20, instead of number 1 this season 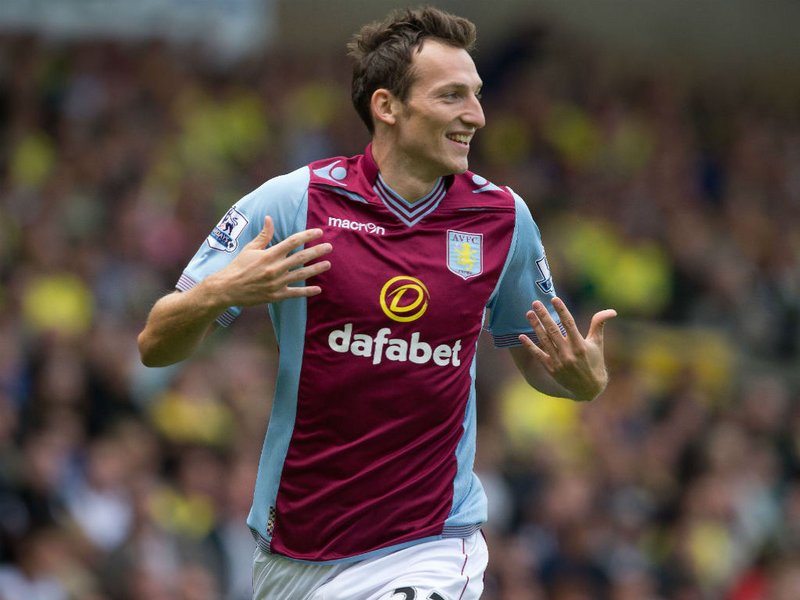 Kozak is expected to feature this season 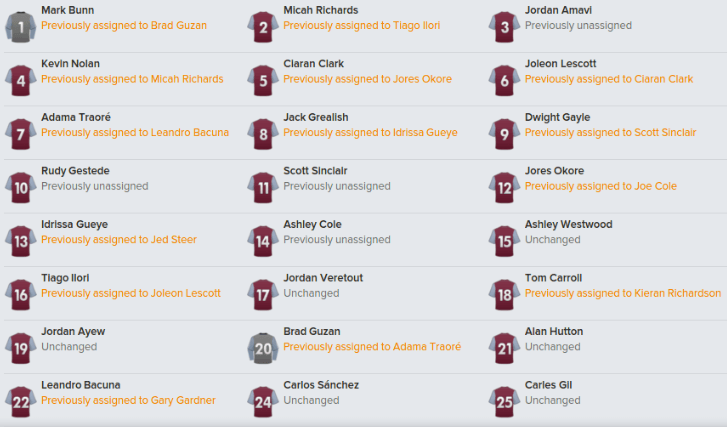 How the new look squad looks with the numbers

With the announcement of the squad numbers Villa fans are looking forward to facing Watford in the opening next weekend.
Login to Quote

BadWolf
7 years
Some shuffling. Brad is still number 1 in my save. Good update mate, keep 'em coming.
Login to Quote 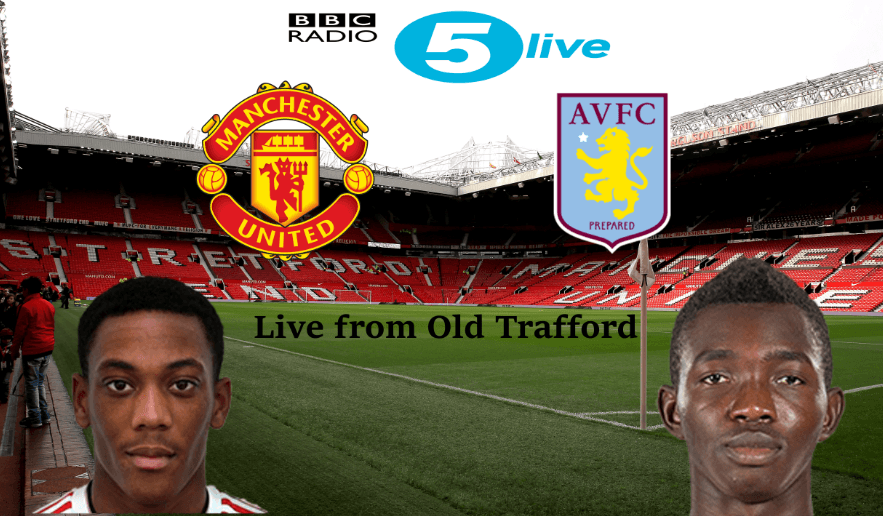 Hello and welcome to Old Trafford for the Premier League match between Manchester United and Aston Villa. Villa have started the season well, having defeated Watford by three goals to two and then drawing with Chelsea two all.

Manchester United on the other hand have played 2 and won one and lost one. They lost to Spurs but then defeated Sunderland so we were looking for a close match. 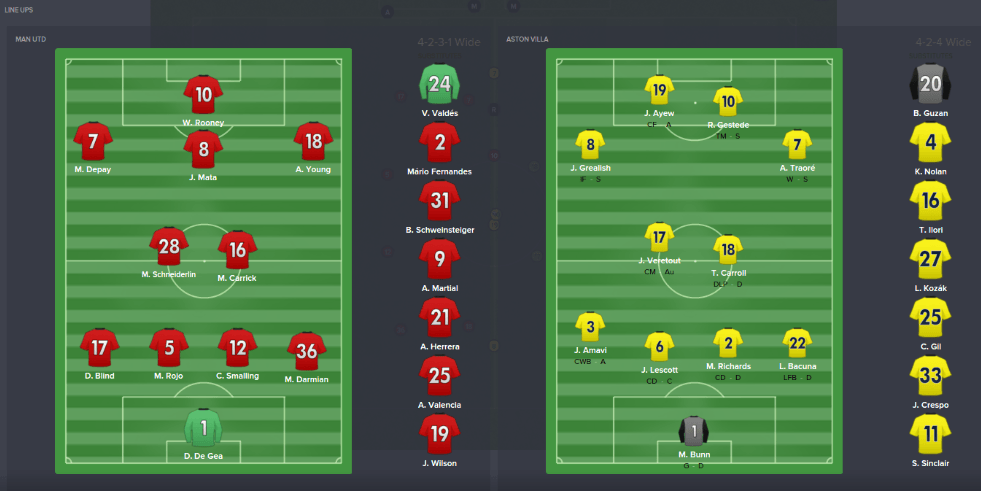 Man Utd start with De Gea in goal and a back four of Blind, Rojo, Smalling and Darmain with Schneiderlin and Carrick just in front of them. There is then the four attacking threats of Young, Depay, Mata and Rooney.

Aston Villa are still without the injured Dwight Gayle and the suspended Alan Hutton, Mark Bunn carries on as number one as Guzan is still out of favour so they start with Bunn in goal, Amavvi, Lescott, Richards and Bacuna across the back with Veretout and Carroll just in-front of them. Grealish and Traore are the wingers with Gestede and Ayew up front.

This just showed how far Villa have got to go under new manager Stevie G, they were slow out of the blocks as Man Utd had the first chance to score after just 3 minutes when a lovely weighted pass by Carrick released Mata who hit the post with Bunn helpless.

In the 15th minute however, Villa conceded a corner, which Mata, who had been at the centre of everything in the first quarter of an hour delivered plum onto Darmain's head to make it 1-0 to Man Utd.

Aston Villa, in the 19th minute should have been level though when Grealish was released down the left and instead of crossing, he cut inside and drilled a shot just wide but it was a signal that Villa were going to fight.

That fight though, left in the 38th minute when former Villa winger Ashley Young, who has found a new lease of life at Man Utd under Van Gaal raced away from Amavi and hit a thunderbolt of a shot into the top right hand corner, it was a great solo effort by the Englishman. 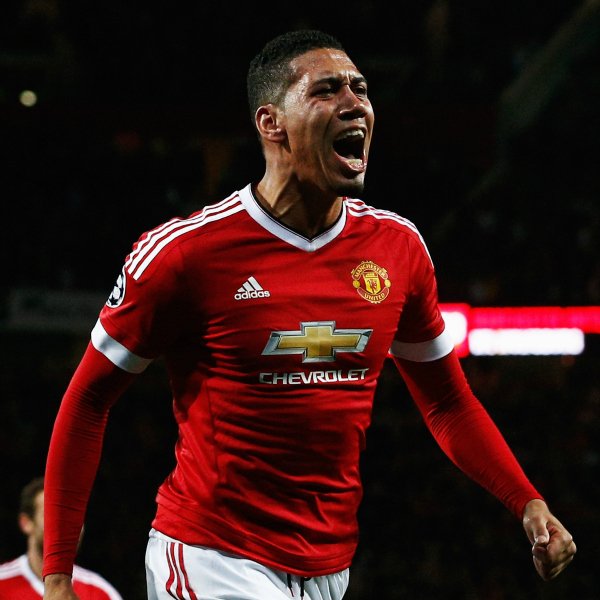 Smalling scores the third in a rout for United

United should have been three up just 5 minutes later when Rooney picked up a poor backpass by Amavi, only to hit tamely at Bunn.

In the second half United just stamped there authority more on the match and there endevour paid off near the end of the match but before the goal, United had a couple of guilt edged chances.

Smalling hit the bar from a drilled in Mata corner, Rooney missed from 8 yards out when it was easier to score and substitute Ander Herrera shot tamely at Mark Bunn.

The third an final goal came from Smalling, which capped off a great performance by the centre back when he smashed home a volley from around 10 yards out to give Villa a wake up call.

We have a lot of work to do, both on the training pitch and in the match itself as maybe the boys thought they were better than they are said Gerrard.

Villa now are in 10th place in the league with 4 points and United move into the top 4, they play Fenerbahce in the Champions League on Wednesday and Villa play Bradford City in the Capital One Cup on Tuesday.
Login to Quote

BadWolf
7 years
Maybe a bit too offensive tactic there, but not as horrible game as someone might think on the first sight of result. Good update.
Login to Quote

Live For FM
7 years
bad luck,jason. but you were always favoured to lose
Login to Quote

No1VillaFan
6 years
BadWolf Yeah I wanted to go for it

Sooru I was but I thought we had half a chance

thanks for comments guys
Login to Quote

Westwood had not featured in any of Steven Gerrard's squads since the season had started so it is no surprise that he has left. In Watford though, he joins an ambitious newly promoted team who want to make there mark and Westwood thinks this will be good for him and Watford.

I can not wait to move to London and experience regular starts for a side who will truly value me. I think we can definitely stay up and although I would have been on better wages at Villa Park, I want to eventually break into the England squad.


Aston Villa though wasted no time at all in spending the money and dipped into the market for a new keeper and a utility player who can play both central defence and central midfield.

http://s172.photobucket.com/user/garbage1234567892003/media/fIw_01bc3_l_zpssieojgls.jpg.html
Werner Hahn has signed for Villa to be there Number one keeper

Dutch goalkeeper Warner Hahn, twenty-three years old, joins The Villans from Feyenoord for £2,600,000 and although he did not make one appearance for Feyenoord, he has made 87 career appearances for FC Dordretcht in the Jupiler League and PEC Zwolle in the Eredivisie.

Hahn is a well-known name for football across Europe and began his career at Ajax in July 2007 but failed to make one appearance during his five years and in June 2012 he decided to move down a division and joined FC Dordretcht where he made 57 appearances.

After two great season's, Feyenoord took a punt on the youngster but farmed him out on loan to fellow Eredivisie club PEC Zwolle where he made 30 appearances and after he moved back to Feyenoord he still did not make any appearances and Aston Villa then came in for the 23 year old, who was then signed for £2,600,000 in August 2015.

On a busy day for Aston Villa they also added twenty year old Belgian defender/midfielder Leander Dendecker from Anderlecht for £3,500,000. Dendecker, who is only twenty won his first Belgian cap against France in June. Dendecker has only played 31 competitive matches but Villa manager Steven Gerrard has found enough potential there to sign him. 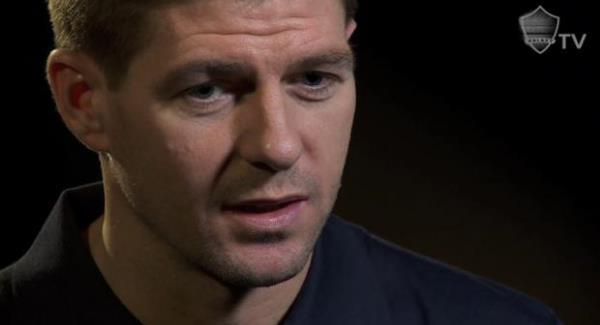 In regards to Walter and Leander, I think we have bought two players who have a lot of potential. Walter will come in and become our first choice goalkeeper and he has bags of ability. He commands his area amazingly well and when it is a one on one situation, he has one of the best I have seen.

Leander is going to be one of the best players in the Premier League. He is more than just a centre back, his first touch for a big guy at the back is amazing and he works his socks off. He can really head a ball too, so all i will say is watch this space.
Login to Quote