Murtagh
5 years
That's an amazing start man, keep it up

Well, wow what a great month for the club! We picked up 15 points out of a possible 18.

The first game we played was against Welling, a great performance saw us run out 4-2 winners. Three new signings got on the scoresheet with Hallam Hope and Harry Cardwell getting one each. Jaanai Gordon getting a brace. Then we came up against Chester and it didn't go to plan we ended up losing 3-1. Cardwell again grabbing the goal. Mid-way through the month we came up against a 17th placed Southport and we fully deserved everything that we got 3 points! A 5-1 win, Cardwell and Gordon both getting braces with Jake Kirby chipping in one. 2nd VS 3rd when we played Grimsby, and fortunately it was us that came up on top. A 2-0 win away from home, Gordon getting another brace! Into the penultimate game now against Aldershot this wasn't a great performance but once again we came away with a win. 1-0 this time a game that included 22 shots for Tranmere, but it was Kirby that grabbed us the goal Finally, into the last game of the month, we came up against a slightly disappointing Cheltenham Town who were surprisingly in 15th place. We ended the month on a high with four wins in a row, a 2-1 win against Cheltenham! Jake Harris and Kirby rounding the month off. 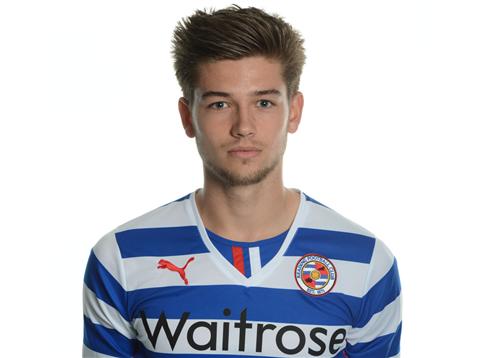 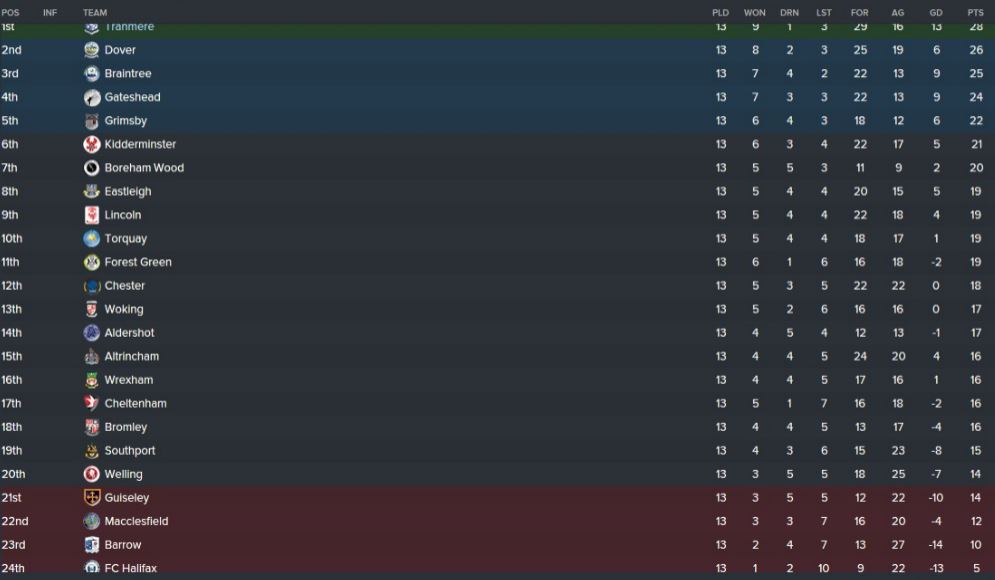 As you can see we have catapulted right up into 1st in the league! We have played great this month and I can only hope that we can carry it on, but for now everything is looking good for Tranmere Rovers!
Login to Quote 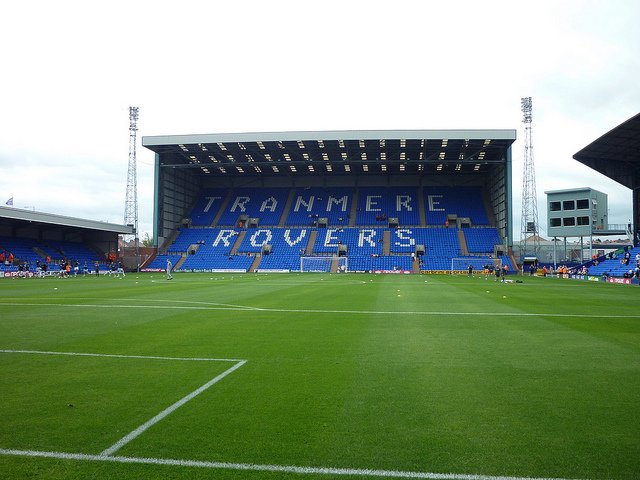 I have finished my second month at the club and I can honestly say that everything is going great. After the first month, which was a decent start but nothing spectacular I still thought that we could push on and head for the top spot. That is exactly what we have done, we played superbly in September and I can't be any prouder and happier with the team than I am right now.

The new signings that I have made all seem to have bedded into the team really well, especially rhe new strikers Harry Cardwell and Jaanai Gordon. They both have played amazing contributing with goals and assists and I really happy that I managed to secure their loan signing and hopefully sign them on loan next season or maybe even make an offer for them both. I'm not taking away from the other signings that I made either, all my signings have had contributions which is great because they're all fairly young so I took a gamble on them all but so far it is paying off and long my it continue.

I'm just really glad that the fans have took to me like they have. I mean I used to play and manage here before but that was a long time ago and I think that the older generation will remember me being here. It is nice to see all the young children coming up to me and asking for an autograph I feel like a celebrity! The only problem that I have with the club is unfortunately from a player. That players goes by the game of Richie Sutton.

He hasn't been performing well in training, so I went to have a quiet word with him to see what was going wrong and he blew up in my face. This could escalate to a problem, hopefully we can keep it under wraps and that nothing comes of it. I probably shouldn't be writing about internal club affairs but I just thought that I should let you all know that there could be a bad egg in the camp.....

Anyway, I'll end this diary entry here. Roll on October where hopefully we can pick up as many points as we can and get closer to retuning to the Football League! Come On You Rovers!
Login to Quote

Alfie J
5 years
Great update mate and a nice read so far. The manager is a legend in my eyes so it's nice to see you choose him to be the new manager as well!

But thank you mate, just wanted to make it a little realistic and I thought Aldridge was a perfect fit!
Login to Quote

Griffo
5 years
Up the Rovers!!!
Login to Quote

Murtagh
5 years
Doing amazing in the league, and great updates

Murtagh - Not too shabby, thank you man! 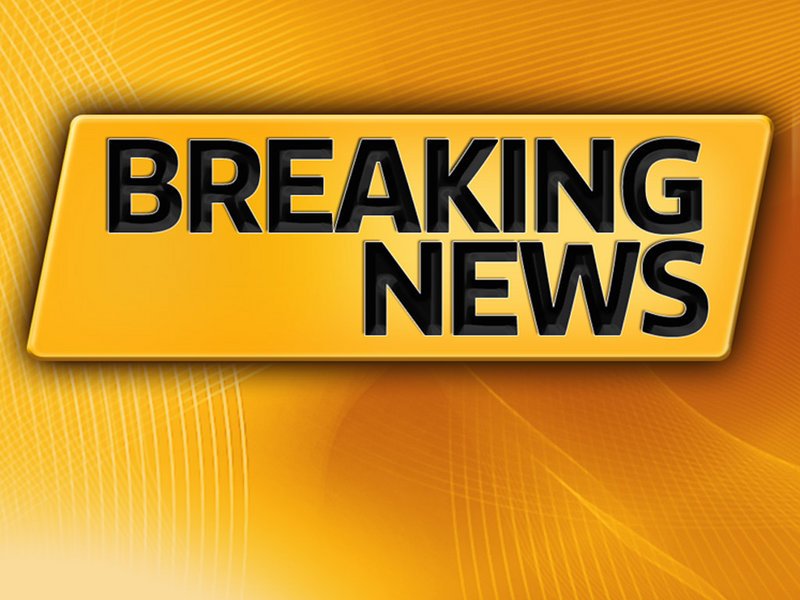 Sky Sports News have reported there has been a training ground bust-up involving quite a high number of players.

The rumour is that experienced, fairly new signing Andy Mangan has gone in two-footed on of the youngsters in a mini-match. This led to the senior staff and players to jump on the situation quickly as tempers were rising." I thought Andy had more professionalism than this to be honest, he hasn't been playing for a few weeks I can understand his problems, but to dive in on one of our youngsters and potentially give him a serious injury is way out of order" John Aldridge, the Tranmere Manager.

As Aldridge said, Mangan hasn't played for the club for a weeks here at SSN we are guessing this is because of the current form of Jaanai Gordon and Harry Cardwell. Gordon though, has just suffered a shoulder injury which could keep him out for at least two months so Mangan could have been in with a return if he just kept his cool.

" This was a statement of intent, this is football youngster or not the lad should be able to take what comes to him. I shall not be apologising to him and I expect to be in the team for the upcoming game up front!" Andy Mangan there, clearly showing no remorse over what has just happened.

Tranmere, high flying in the league with a hefty FA Cup 4th Qualifying Round tie against Altrincham coming up need to sort this out with Mangan and the rest of the squad to make sure that is doesn't escalate with any of the other players and start to distract them.

Whatever happens, I'm sure we will find out soon enough here at SSN
Login to Quote

InvertedWingbacks
5 years
ouch! Manga showing no remorse, but Cardwell is a machine; such grand form!
Login to Quote

We have had another great month. We had 6 wins out of a possible 7 in October.

In the first game of the month we played Bromley, we came away with a 5-2 win. Taylor-Fletcher and Harry Cardwell both grabbing braces with Jaanai Gordon getting the 5th goal. In the second game we didn't play as well against Wrexham and unfortunately came away with a 1-2 loss from this one. Hallam Hope with the goal for us. Into the third game and we picked up our form once again as we beat Eastleigh 3-0. The combo of Cardwell and Taylor-Fletcher did it again for us as Fletcher got a brace and Cardwell chipped in with one. Barrow, who were in 20th place at the time a game which which we were meant to win quite comfortably we duly delivered with a 3-1 win. Gordon once again with new signings Adam Thompson and Zane Banton rounding off the win. Coming towards the end of the month now and we faced 7th placed Forest Green but that didn't matter to us as we came away from this game with a 3-2 win! It was that man Fletcher who banged in a brace and Cardwell with the 3rd. The scoreline doesn't reflect the whole game though as we wer 3-0 up at one point! Into the two final games of the month and we faced Altrincham in the FA Cup, we progrssed quite easily with a 2-0 win, Where we will face Peterborough United in the 1st round,Jake Kirby and Lois Maynard the scorers in that game. Finally, the last game we faced 2nd placed Dover Athletic but even they coudn't stop us on this rich vein of form and we achieved a 3-0 win. I bet you can guess who scored? I mean come on, who else It could have been either Fletcher or Cardwell as the both played superbly this month. Overall, I think Gary just did a little better and this is why he has ended up with the award. Despite his age Gary is such a talented player and has to be one of the first names on the team sheet and long may this form continue! 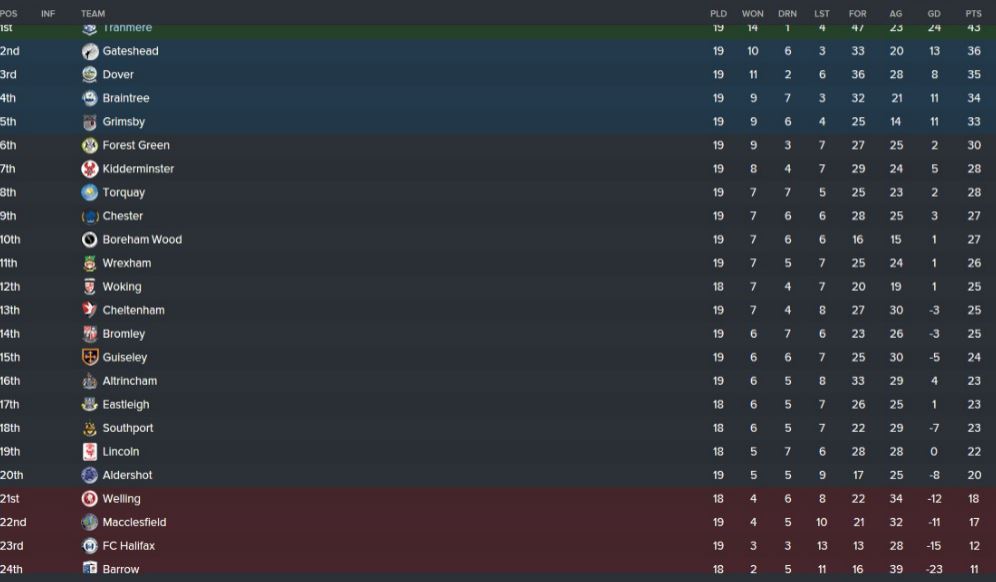 Due to this unbelievable form that we are on we have now gone 7 points clear at the top of the league after playing 19 games, The game against Dover was vital if I'm honest and I'm really lad that we came out on top. Hopefully we can keep this form going and cement our place at the top! Come On You Rovers!
Login to Quote

Griffo
5 years
GTF is a superstar! Classsss!!!
Login to Quote

You are reading "Taking Tranmere To The Top".