Tallery
5 years
@Alfie: Certainly is! I was shocked when Alex mentioned this

@C.J.Lippo: Certainly are, will be interesting to see who Howe signs

@Griffo: Thanks, it took like an hour to have that conversation

@AlexTHFC: Certainly was, although judging by Maxi I wasn't in character enough

@Maximus: He's always followed football and has studied English since he was six!
@InfraRed: Thank you!

Bournemouth have signed FC Koln goalkeeper Timo Horn on a three year deal for a fee of £6.5m.


22 year-old Horn had a release clause of £6.5m which the Cherries were able and willing to activate with the new chairman, Ryhad Al-Marek, and the funds he is bringing into the club.

He is believed to be a replacement for Artur Boruc, with rumours suggesting his retirement could come within the next season.

We interviewed Bournemouth's new signing earlier today. See the small interview here:
So, Timo, you've joined Bournemouth as a permanent player. How do you feel?
It feels great to be at Bournemouth, they're an upcoming club with huge potential, and I'm very pleased to be a part of that.

Surely it's every footballer's dream to play in the Premier League?
Yes, of course. I have loved playing for Koln for the last 3 years, but when an offer came in from a Premier League side, I couldn't refuse.

As you will know, Bournemouth have recently had a takeover. Did this affect your decision?
I will admit that it did sway me towards them, particularly, but it didn't play a huge impact in my decision to leave. I probably would've come to Bournemouth anyway.
And you can read the rest of the interview here.

Bournemouth also confirmed the deal this morning, with this picture and tweet: 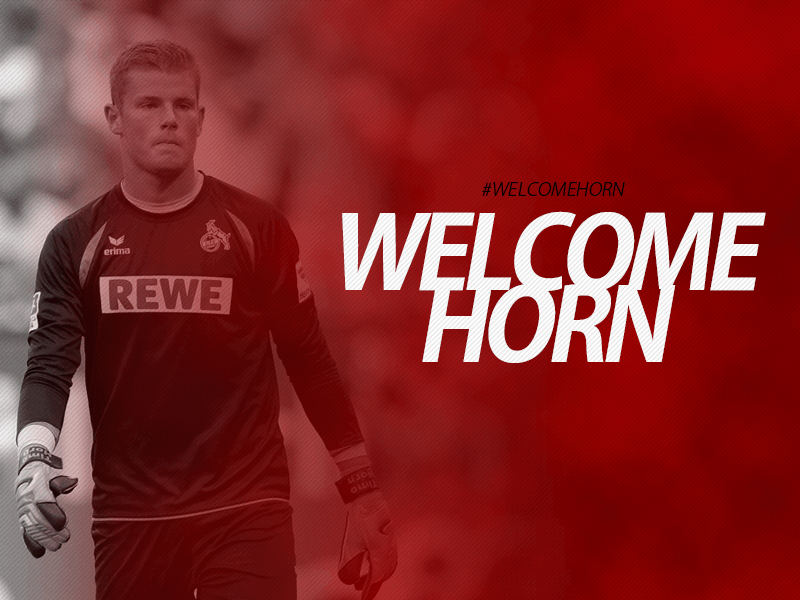 NEW SIGNING CONFIRMED: We have officially signed @1FCKoln goalkeeping star @Timo1803 for £6.5 million! #WelcomeHorn
And we managed to capture an interview with current Bournemouth manager Eddie Howe. See the interview here:
With the signing of Timo Horn, you've marked your first signing of the season. Will there be more to come?
I think we currently have a very good team, but I might be adding some more players to our squad too. I will be looking for good deals this window.

You must be delighted to have signed such a great, young player for such little money. Right?
Of course! Koln's hands were tied with his release clause, but I think it's a great deal. Timo is a top class goalkeeper and a great prospect for the future.

You have Artur Boruc and Adam Federici already as goalkeepers. Will either of them be leaving?
As far as I know, they'll both be staying at Bournemouth. I'll look to rotate them according to performance. I've spoken to Timo, Artur and Adam and they are all pleased with this agreement.

Rumours suggest that Simon Francis, Yann Kermorgant and Matt Ritchie could be leaving. What do you say?
Ideally, I'd like to keep all three at the club. However, that might not be possible, for reasons of money and of happiness. If that's the case, what can I do?
You can read the full interview here. Bournemouth kick their season off against Tottenham Hotspur on Saturday 8th August.

JamesWoodFGR
5 years
Great signing and great writing, I've never laughed so hard at something before with the 'Also related to this story' and the fact you made me click on that button

C.J.Lippo: I hope he does, let's just wait and see.

JamesWoodFGR: Thank you very much!