Sky Sports can today announce that Ronald Koeman has left his post at Southampton to join the Dutch national team as manager, taking over from Guus Hiddink. 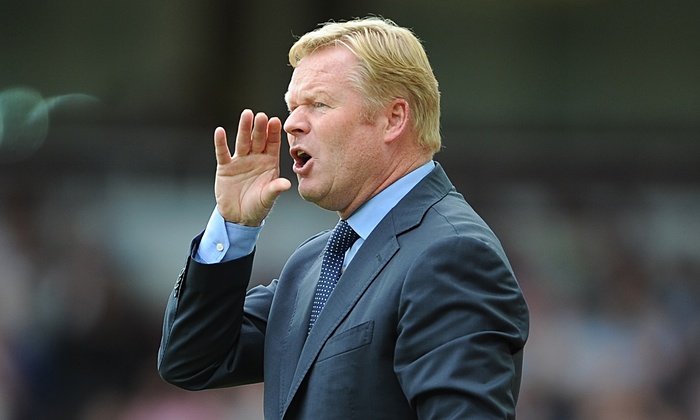 Koeman, who has managed Ajax, Feyenoord and Benfica amongst other teams, has said that he is looking forward to taking on a new challenge.

“I am thrilled to be a part of the set up here again. It is obviously an honour to be able to manage the national team of my country, and I hope that I can do the Dutch fans proud. There is a lot of talent in our squad and I believe we can go on to do great things. Although it was sad to say goodbye to the staff, players and fans at Southampton, I am sure they will continue to achieve success.”

Southampton will now be looking for both a new manager and a new assistant manager, as Erwin Koeman resigned from his post last night to join his brother as assistant manager for the Netherlands.

mgriffin2012
6 years
Good luck, hopefully you can have a similar season to last year unlike Saints are in real life!
1
Login to Quote

Mgriffin2012: Haha, I hope so. It;s been quite painful to watch recently, apart from the shock 4-0 win over Arsenal, of course.
Login to Quote 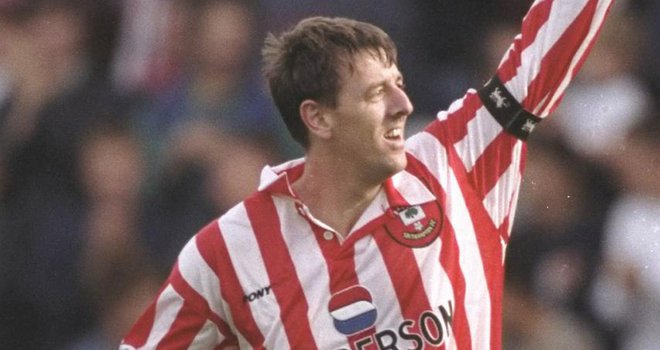 Southampton legend Matt le Tissier has today denied that he will be the next Saints manager amid speculation that he was next in line for the role.

The former Southampton man spent a total number of 26 years at the club, and is fondly nicknamed ‘Le God’ by many of the Saints faithful. In 2005, le Tissier put himself forward as a candidate for the managerial vacancy after the departure of Harry Redknapp, but was not interviewed.

Many Southampton fans will be disappointed to hear of his decision, although Ralph Krueger, chairman of the board at Southampton, made it clear to fans that a new manager would be appointed ‘as soon as possible’.

In a statement issued by the club on their website, he wrote,

‘We are hopeful that we will be able to announce a new manager as soon as possible. However, it is vitally important that we appoint the right person for the job, and so the process may take time. Of course, we have already identified some candidates as we are always keeping an eye on up-and-coming managerial talent.

We hope to appoint someone who can take Southampton to new heights, whilst also developing and building upon the foundations and philosophies already in place here.

We would also like to thank Ronald Koeman for his time here, and we wish him success in all of his future endeavors.'

Southampton Football Club have today announced that Saints legend Francis Benali has been appointed as manager. Benali, who made over 300 appearances for the club, was previously part of the youth coaching setup at St. Mary’s. 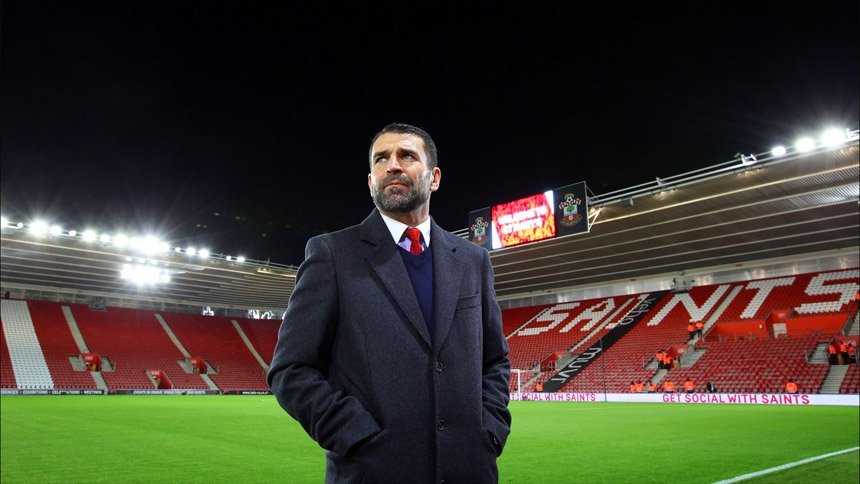 The ex-Saint has been given a one-year contract, and is expected to bring in an assistant manager as soon as possible. There are questions as to whether there will be a lot of movement on the transfer front, with Benali possibly looking at bringing in a full-back and midfielder due to lack of depth in those areas.

In his first press conference since being appointed manager at Southampton, Francis Benali has made it very clear that he plans on building on the foundations already in place at the club.

‘I know this club inside out – the coaching staff and board members may have changed since I was last here, but it’s still the same club. There is a certain mentality, a philosophy, as some might say, here that naturally encourages development and success. Everything is directed towards reaching the highest possible level of achievement, from the youth setup to the scouting team. We breed success.’

When asked about his plans for bringing in an assistant manager, Benali said that he knew who he wanted to bring in from the moment he signed his contract.

‘I have my sights set on someone, but whether a deal materialises is a different matter altogether. I am, however, confident that we can bring in someone who will be a great asset to the club very soon.’

During the press conference, Benali was also asked whether he planned on making any changes to the coaching staff and scouting team at St. Mary’s.

‘I have a few people in mind. There is a great coaching setup here already, proven by the number of talented youngsters that have come through the academy over the past decade. However, I would like to bring in a number of people of my own to improve on what we already have here. This does mean that some people will have to leave but I believe that some changes are necessary to achieve the success we aim to.’

The inevitable questions about transfer policy and potential targets were met with a wry smile from Benali.

‘The scouting team here is wonderful. They have already presented me with some transfer targets and reports on players from across the world, and i will be looking at them in more detail over the coming days. It is important to me that players have the right mentality and work ethic to be a part of our squad.’

When asked if he could offer any insight as to which players he would like to add to the team, Benali laughed, before saying ‘I’m sure that the media can think of a few!’

Gemma
6 years
Yanic: Thanks, I appreciate it!
Login to Quote 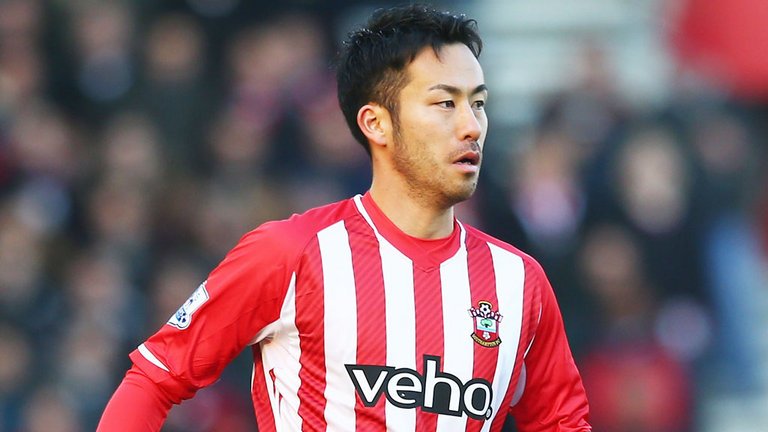 Maya Yoshida has joined Hoffenheim from Southampton for a fee believed to be around £4 million. ‘I’ve thanked Maya for his services, and he is always welcome at St. Mary’s. He wasn’t in my first team plans but I wish him all the best in Germany,’ stated Southampton manager Francis Benali on the club’s official website.

Yoshida is a Japanese international and joined Southampton in 2012. It is believed that Benali will be looking to bring in a young centre back who can learn from captain Jose Fonte and eventually fill his boots when he retires.

Erdnaxela
6 years
What are the positions you want to buy player for ?
Login to Quote

Gemma
6 years
Edrnaxela: I want some cover at full back, I'd like to bring in another centre back and a midfielder if possible too. I'll have to wait and see though!
Login to Quote

InvertedWingbacks
6 years
excellent so far! Good luck, and welcome to the site!
1
Login to Quote

Gemma
6 years
InfraRed: Thanks so much!
Login to Quote

Erdnaxela
6 years
You have Kevin Nolan, he is free.
1
Login to Quote

Southampton have signed left back Ashley Cole and centre back Martin Hinteregger, it has been announced this morning. 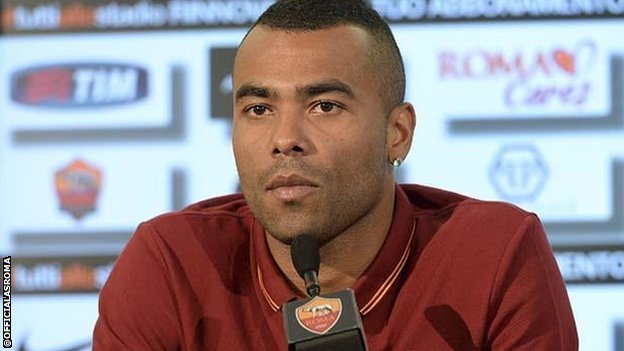 Ashley Cole returns to English football, signing for a reported £250,000 from Roma. The left back was widely expected to sign for a Premier League club, as he had expressed his desire to come back to his roots in England. Despite interest from Crystal Palace, Southampton managed to snap up the Champions League winner.

‘Ashley is a great player. He has a lot of experience, which will undoubtedly help the younger players in the squad, and he has won a lot of trophies. His winning mentality is something we want to encourage throughout the squad.’ 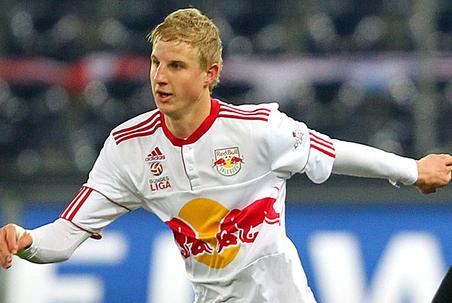 Martin Hinteregger signs from FC Red Bull Salzburg, who were crowned Austrian Champions in 2015, for a fee of around £5 million. He is capable of playing at centre back and as a defensive midfielder, and at the age of 22, is expected to develop into a very good player.

‘I’m excited to work with Martin. He’s young, he’s full of determination and drive, and that’s exactly the kind of attitude that every Southampton player should have.’

‘I think it makes sense that I, as a defender, build from the back. The defence is the backbone of the team – if you don’t concede, you won’t lose. I’m looking to bring in a few more players, maybe a midfielder and a striker, but it depends. We have a lot of talent up front, in Graziano [Pelle], Jay [Rodriguez] and Sadio [Mane], and we’ve also got some great youth players coming through. We’re only going to bring in players we know will add quality – we won’t just buy for the sake of buying.’

You are reading "Marching In".