The History Of St Pauli

FC St.Pauli are a club with a proud history. Not in terms of footballing achievement as such, but off the pitch. The club became the first team in Germany to officially ban right-wing nationalist activities and displays in its stadium in an era when fascist-inspired football hooliganism threatened the game across Europe. This helped the club grow significantly, as they went from attendances of around 1,000 to almost 21,000 people, a huge growth. The Skull and Crossbones symbol had always been associated with St Pauli and this is what they used as 'The Kult' symbol, instead of using the teams badge. 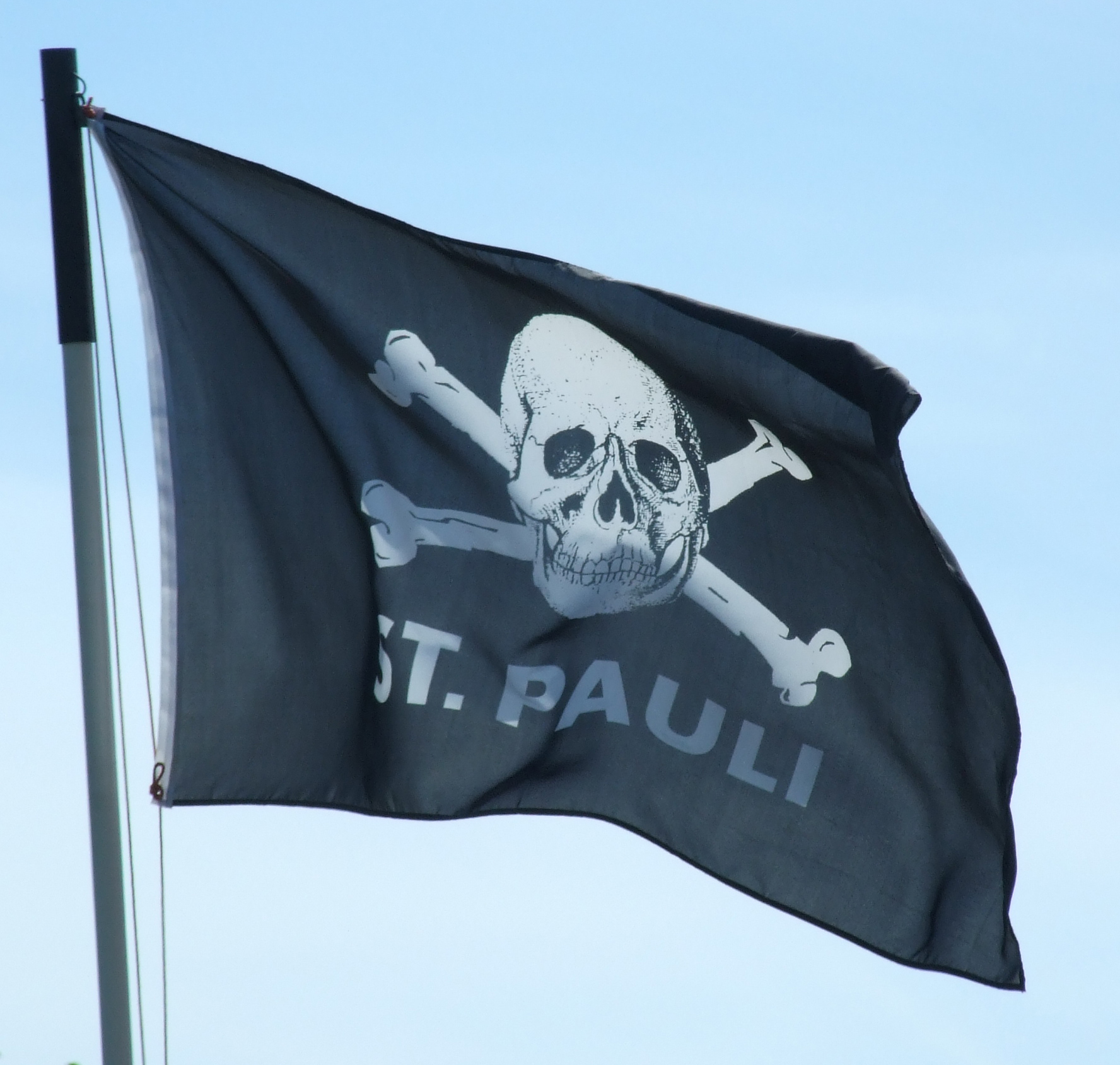 In the early 1990s, the media in Germany recognized the Kult-image of the club, focusing on the punk part of the fan-base in TV broadcasts of the matches. By this time, the media also started to establish nicknames like "Freibeuter der Liga" ("Buccaneers of the League"") as well as "das Freudenhaus der Liga" ("Brothel of the League", literally "House of Joy").

Back off the pitch, St Pauli entered financial troubles, they were relegated to the third tier during this and were in need of money. The club began its fund-raising activities, the so-called Retteraktion. They printed t-shirts with the club's crest surrounded by the word Retter (rescuer/saviour) and more than 140,000 were sold within six weeks. They also organized a benefit game, against Bayern Munich, to try to help rescue the club. With that the club managed to pull themselves out of trouble.

The club regained promotion to 2.Bundesliga in the 2006-07 season and then earned another promotion after finishing 2nd in the 2009-10 season. However the club were relegated in their first season in the league since 2001, finishing bottom once again. Since then the club have been struggling, finishing 4th in their return to the league, but have seen their position slip to 10th, 8th and even 15th since then. 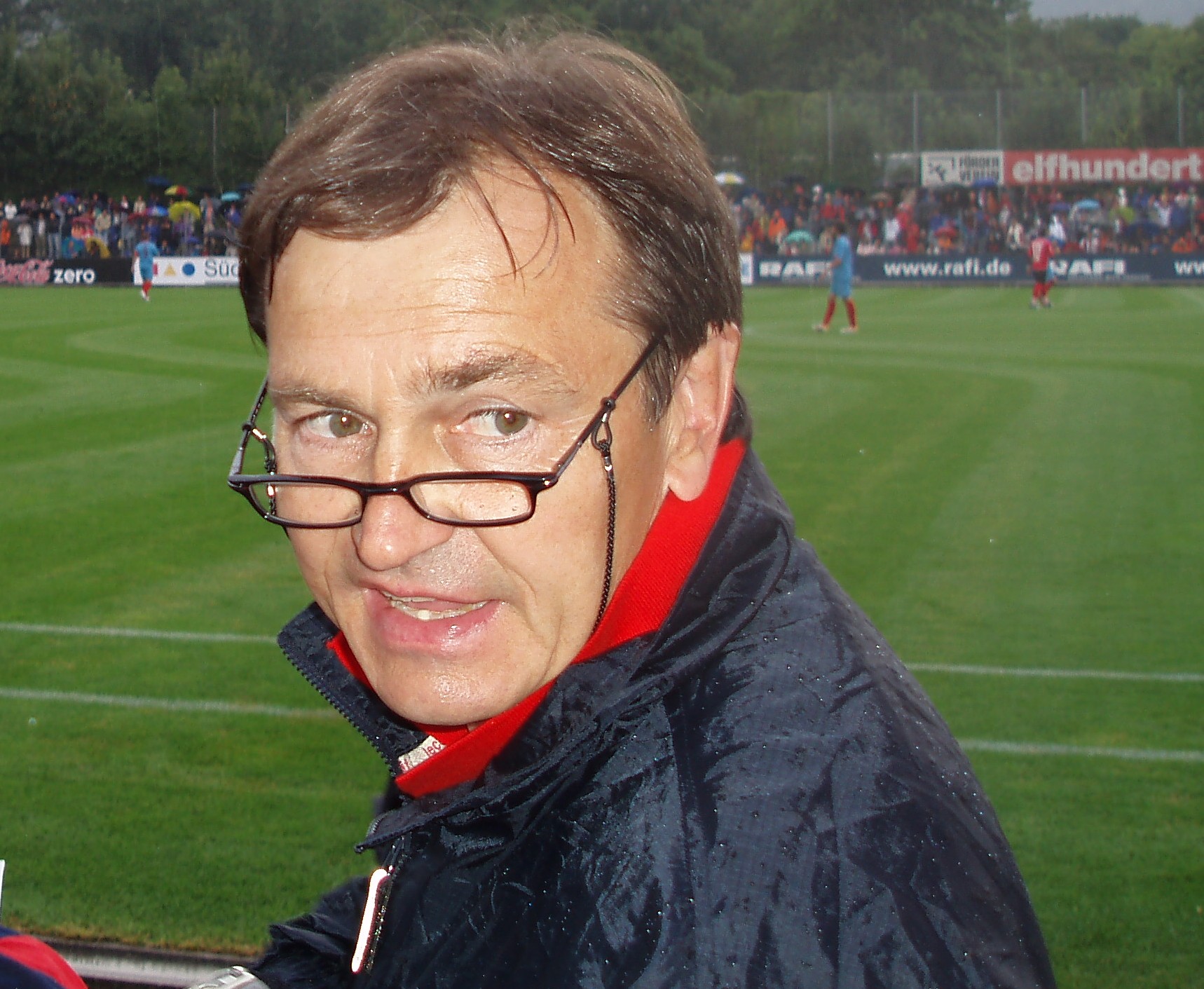 St Pauli are now preparing for life without Ewald Lienen ahead of the 2015-16 season after he resigned from the club after just 20 games. The new man in charge is Englishman, Max Luxon. Luxon has managed many Sunday-League clubs back home in England in previous years and has now made the jump to Germany, in search of furthering his career and trying to take this historic club back to the Bundesliga, but this try to succeed. The squad currently consists of the likes of Ryo Miyaichi, former Arsenal and Wigan Athletic player, Lennart Thy, a former Werder Bremen prospect and Phillip Ziereis, an up and coming midfielder, who was brought through the Regensburg ranks. How will the rookie do?

Jono_Williams
4 years
Looking forward to this story, can see it been a good one
Login to Quote

After St.Pauli appointed new manager Max Luxon how is he settling into the club and how is it coming into the St.Pauli camp, how much has changed, for him and the club? We managed to get an inside look at the club and an exclusive interview with the new man. Luxon, 22, replaced Ewald Lienen who resigned from head coach last Sunday and has immediately started the 'hard work' with the players. "The first day I came in I thought it was suitable to talk to the players and get to understand the regime and how to try and fit mine in places with the way they train, I think it's fair to be reasonable. Since then, we've worked hard to prepare ahead of the season as that's what pre-season is about and I've had discussions with certain members of the club over their future.

Every player has been very welcoming and we've had no problems at all, each have settled well and adapted. The future of St.Pauli is something we ponder of course, we want to get into the Bundesliga as soon as possible, that's where we belong I believe. The players know what their job is this season - we've set objectives and we're all happy to try and push and make them and even try to better them."

Luxon also commented on how the language barrier has affected him, "Of course, it's very difficult to learn a language quickly. I can speak German well, the players understand me, but I have a translator with me in times I need him. Hopefully I can push on to be able to speak fluently in the near future, but no the players and I have had no problems at all."

The 22 year old also spoke about he looks to feature some younger players in his plans for the season ahead, "When I speak about the future, we look at the young players. The 18 year olds and what not and I plan on using some of these youngsters this season, we want to build a strong foundation for the club to build on and personally, the best way is by using youngsters."

You can see that Max has made an impact on the club for sure and the seems to be pushing on in the right direction. We will be keeping a close eye on how Max does in Germany over the course of this season and wish him the very best ahead of pre-season and 2.Bundesliga.

(Thanks for the kind comments as well lads!)
Login to Quote

Griffo
4 years
Very well written, exactly how someone should bring themselves into a club, not just HEY i'm a no name and I'm managing Chelsea haha, good luck!
Login to Quote

You are reading "The Kult: FC St.Pauli".