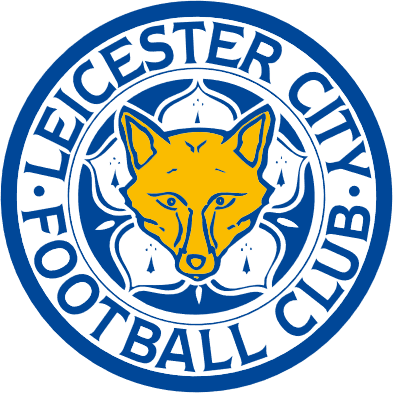 Hello everyone! Welcome to my journey of turning Leicester City into BPL winners. OK, so maybe that's quite a high and unrealistic target considering I'm not exactly the Pep Guardiola of Football Manager but its not impossible, as proven in real life.

Anyway first off I want to give you guys a small insight about me. My name is Kai, I'm 16 years old, I'm a Man City fan and relatively inexperienced on Football Manager as I only started playing around 1 year ago. However I instantly fell in love with the game and have spent way too much time playing it since.

So I recently stumbled across fmscout.com when finding tactics, graphics etc. and found the career stories section. I read through a few of them and thought to myself that it was something I really wanted to do, so here I am starting my own.

And obviously I decided to choose Leicester, for many reasons. I like their squad although its far from perfect and they are a very exciting team who play good football and aim to score goals rather than not concede goals.. unlike a certain Manchester United. Also their incredible story in real life has played a huge part in my decision to manage them as they seem to be the team on everyone's lips at the moment. The only issue is it's very unlikely I will be able to recreate their incredible season so please don't be disappointed when I end up fighting relegation rather than for the title.

I don't really have a specific long term aim, as I feel it would take a long time before I'm battling for the title or even getting into Europe. I simply want to have fun and hopefully you guys will enjoy the highs and lows of my career along with me.

So a few quick notes:
-I used a database that includes January signings so I could have players like Gray and Amartey in the squad and increase realism
-I will be using the in-game editor to adjust very minor things, some people might hate this idea but I wont be using it to 'cheat' as such, just improve the story by making tiny changes to things such as morale or tactic familiarity but only if I feel it would benefit the story.
-Since I'm new to the scene and a young inexperienced individual I would appreciate any feedback

swanny8589
6 years
Welcome to the group mate.. I'll be following
1
Login to Quote

mgriffin2012
6 years
Been hoping someone would start a Leicester story so best of luck mate! Can't wait for you to get started!
1
Login to Quote

As previously mentioned, I feel we should get a mid table spot but I really cant tell how the season is going to go. We could end up fighting for a place in Europe or better, while we could also be battling relegation come end of the season.
Onto the cups, I didn't set my expectations high but cups can be unpredictable so we just need to make sure we dont get an early exit from either.
We were gifted around £11.5m from the board which will definitely come in handy.
Login to Quote

AliciaWAFC
6 years
I love the photoshop skills, it's really good

Good story so far, keep it up!
1
Login to Quote

Smarshyyy
6 years
SQUAD REPORT
I'm going to be doing a squad report postion by position to show the strongest positions in our team alongside the weakest which I will most likely improve with our neat transfer budget. Also it will give you guys an introduction to some of our players if you are currently unaware of them. 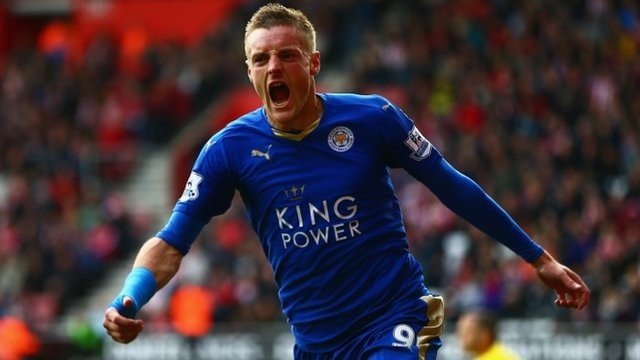 Jamie Vardy has burst onto the scene after playing non league football just a few years ago. He is pacey, strong, a great finisher, he works hard and he just loves scoring goals. Arguably our most important player and will most likely be a major part of any success we have. However there is reported interest from Manchester City but unless he tries to force the move then he will be staying a Leicester City player for the forseeable future. 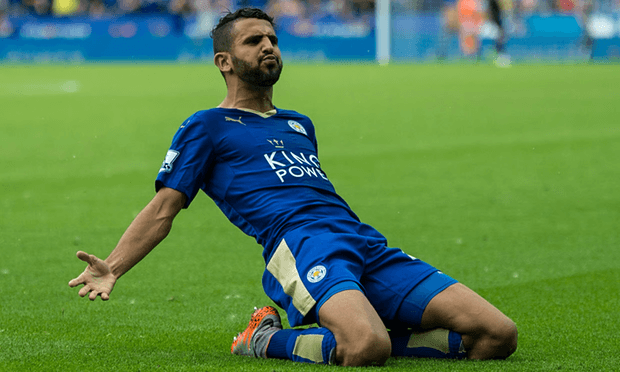 Mahrez is a very skillful player who loves running at defenders and creating chances while occasionally bagging goals himself. I'm looking forward to see if he can replicate his real life performances for me because if he can get even close to those levels I will have a terrific player on my hands. He will hopefully be a major part of my story.
1
Login to Quote

Kasper Schmeichel:
Fairly good goalkeeper although nothing special. I reckon he will be my number one for a long while. 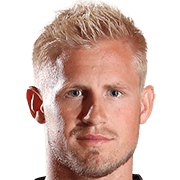 Mark Schwarzer:
Decent backup for now although at 42 years old I wouldn't be surprised if he hangs up his gloves at the end of the season. I was actually surprised how good he is for 42 years of age, but will most likely need to be replaced next year.
CA:

Ben Hamer:
I actually had no idea I had this guy until I found him in my u21's squad even though he's 27. Not bad either so my plan is to loan him out then use him as backup next season when Schwarzer retires.
CA:

Robert Huth:
Great defender with lots of high attributes. Will be a threat from set-peices which I'm looking forward to and will be definitely start most games this year. However he is 30 years old, which means he doesn't have too many top seasons left in him. 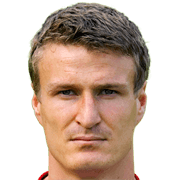 Wes Morgan:
The Captain of our team and has some good attributes. But he's not great, he lacks pace and is 31 years old so not a long term player. 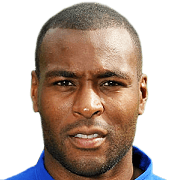 Marcin Wasilewski:
Not bad for a back up CB, however he is 35 and I reckon he will retire at the end of the season so will probably need to be replaced next year.
CA:

Liam Moore:
Young with good potential, not far off a starting place currently to be fair. At just 22, my plan is to move him into the starting lineup once Morgan isn't good enough which I expect to be a couple of years.
CA:

Danny Simpson:
Decent but not a great player. He's my only option at right back so I will dip into the transfer market for a better option and use Simpson as back up. 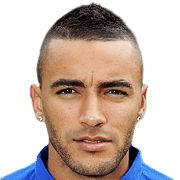 Christian Fuchs:
Good left back and 29 years old, so no rush to offload him. Only just joined us in the summer (before I got here) so he's basically a new signing. Very attacking full back and good at taking set pieces. 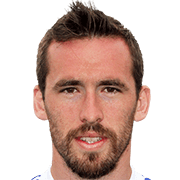 Jeffrey Schlupp:
Decent LB currently, young at 22 so as you would expect he has good potential. Will be good enough to start in a couple years.
CA:

Gokhan Inler:
Very good player and is no doubt going to be very important for us this season. Can play either defensive midfield or central midfield so he is a very useful player. Only problem is he is 31 years old which means he won't be great for too much longer, will probably stay for a couple seasons though. Also he was just signed before I joined so technically a new signing. 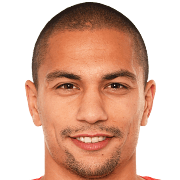 Danny Drinkwater:
This guy seems pretty solid and will definitely be in the starting 11 regularly. He's not quite Iniesta or Pirlo but he looks like a great CM with good passing and the ability to contribute to both defending and attacking. 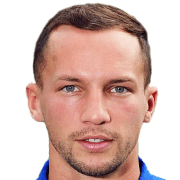 Ngolo Kante:
Wow, what a season this guy has had in real life! He has been outstanding so hopefully he can replicate some of that form on FM. An absolute beast with unbelievable work rate, great all round stats and at just 24 years of age he can become even better. 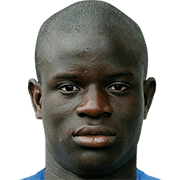 Daniel Amartey:
I know that he's a centre back but he's very adept at playing midfield which is where I plan to play him this season. He was signed in January in real life which means he's going to be treated like a new signing for us. He's a very good player already at 20 years old and will challenge for a starting place this season but definitely one for the future, I have no doubt this guy will be a star for us in seasons to come.
CA:

Matty James:
Very similar to Andy King in terms of playstyle and current ability, but James is only 23 so he can still grow into a better player. However he is currently recovering from a very serious injury which will keep him out of action for another 8-10 months so we wont be seeing much of him until next season.
CA:

Demarai Gray:
Good player and very young at just 19. However he's my only decent option for LW with no one else in the squad being able to play there to a good enough standard so I will most likely try to bring someone in to start ahead of Gray in the LW spot. I just feel he isn't quite ready to start for us yet although he has great potential. 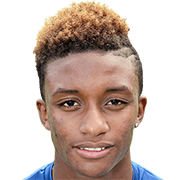 Marc Albrighton:
My plan is to use him as backup for Mahrez because he doesn't fit into my tactics and I don't feel he would be good enough as a LW so I will primarily play him as a RW where he is behind Mahrez. Still not a bad player and a good option when I want to rest Mahrez or (god forbid) he gets injured.
CA:

Nathan Dyer:
He's only here on loan and even though he's a good player I just don't think he fits into my team. I'm not going to send him back to Swansea but he honestly won't get much game time as he's got to get into the team ahead of Mahrez and Albrighton.
CA:

Shinji Okazaki:
Very good backup option for Vardy. Great all round striker and he's 29, so arguably in his prime. Will have to try out 2 strikers but I personally prefer playing one up top which means this guy will spend lots of time on the bench. 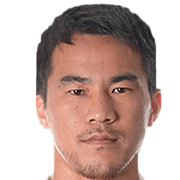 Joseph Dodoo:
A decent third striker option, will rarely feature for us in the near future but obviously at just 20 years old he will hopefully develop into a top striker one day.
CA:

Leanardo Ulloa:
Going to try and sell this guy unfortunately. Good striker but I don't think he would be happy being third choice.
CA:

Smarshyyy
6 years
PLAYERS OUT ON LOAN

Ritchie De Laet:
At Middlesbrough
Good RB, slightly annoyed he is loaned out as he would have been a decent option for us and I probably wouldn't have considered buying a new RB. Might sell him when he returns next year.
CA:

Yohan Benalouane:
At Fiorentina
Decent CB and hopefully now I won't have to replace Wasilewski next year.
CA:

Andrej Kramaric:
At Hoffenheim
Good player and versatile. Not sure yet where he will fit into our team next year but at 24 years old I hope I can find a spot for him as I really like this kid.
CA:

Smarshyyy
6 years
YOUTH PROSPECTS
Here are some of the best prospects from our u21s and u18s:

Hopefully we will see some of these guys step up and develop into first team players in the next few years.
Login to Quote 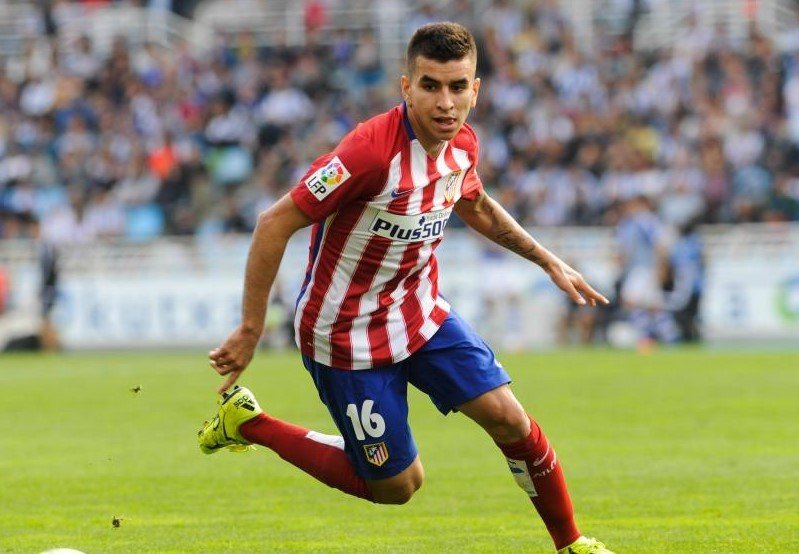 Leicester City have announced today that they have signed Atletico Madrid midfielder Angel Correa on a one year loan deal. The 20 year old Argentinian is a fast and skillfull player who primarily plays central attacking midfield but can also play out wide. It is expected he will feature regularly for Leicester this season.
Login to Quote