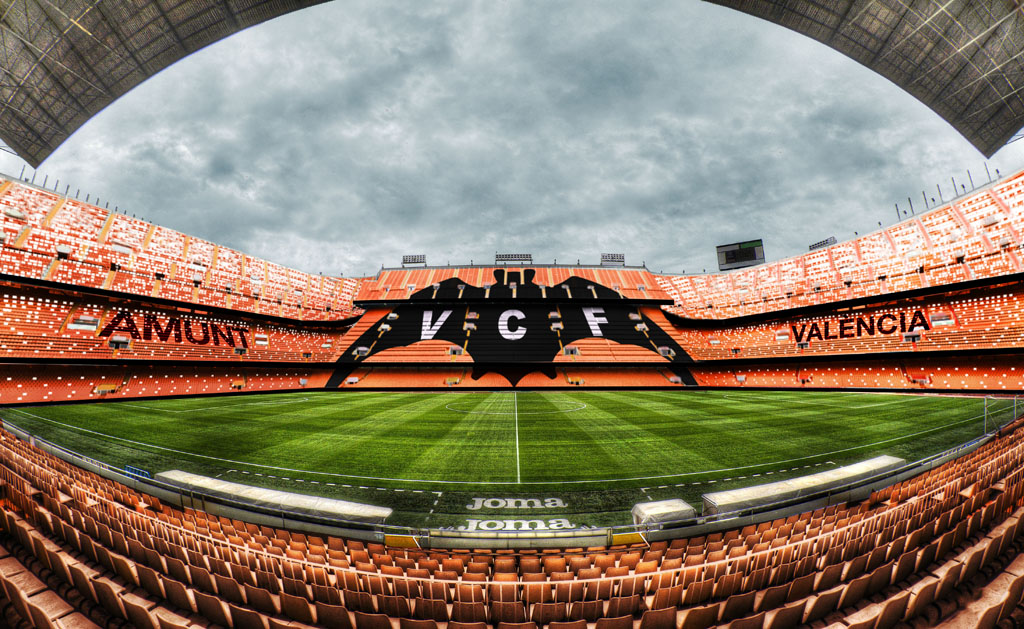 
Today the hunt for a new manager at the Mestalla is over. The club are excited to announce the arrival of former Scottish international and Valencia icon Matthew Hamilton as the new head coach for the forthcoming 2015/16 campaign. The 38 year old newly retired winger who has accumulated over 60 international caps scoring 29 goals in the process has landed the Valencia position as his first job in management. This could be down to Hamilton's ties with Valencia throughout his career, first coming to the club first in the early 2000s from his boyhood club of Celtic for a move at the time valued at around £8 million pounds. Hamilton would go on to enjoy many successful years at Los Che Els Taronges winning 2 league titles, the UEFA cup and the European super cup. Hamilton then left Valencia to return to United Kingdom to play for Manchester City in 2008 who paid 33 million for his services at the age of 28. Hamilton enjoyed a successful spell in the premier league winning one league title with Man City before leaving to fellow premier league club Chelsea on a free transfer. Hamilton stayed at the Blues for one season winning a champions league in the process before coming back to Valencia where he would see out the remainder of his career before retiring at the end of the 2014-15 season. Hamilton's deal in Valencia is rumored to be a 1 year contract which understandably leaves the Scot with much to prove if he is to extend that at the end of the year. Valencia who this season will be taking part in the champions league will be looking to bring good quality football to the Mestalla under Hamilton whilst having to deal with the heavy departure of Nicolas Otamendi who departed to Manchester City just a few weeks ago.

One IN, One OUT 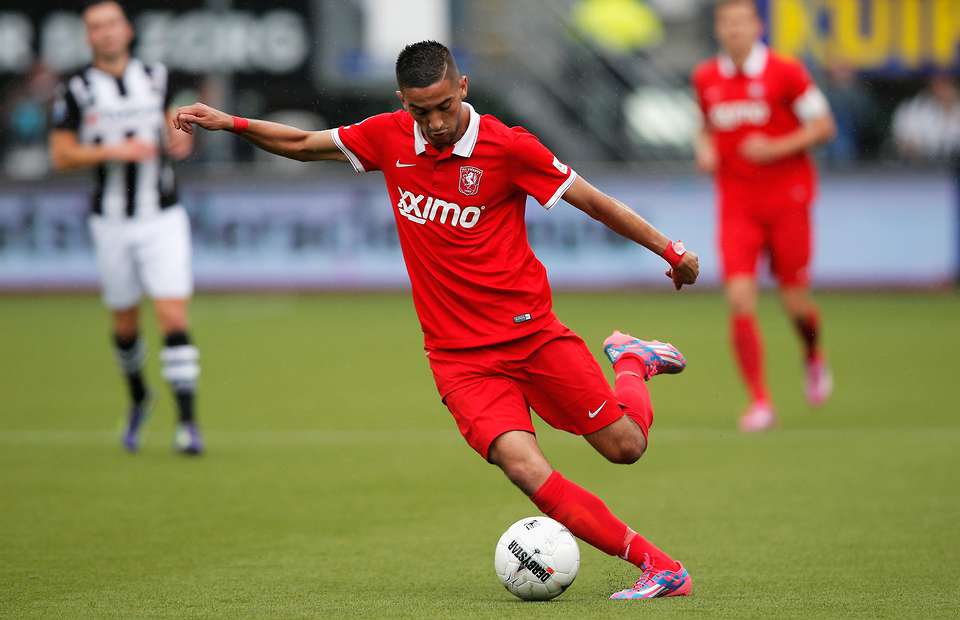 Ziyech in action for FC Twente


Today we are delighted to announce the arrival of Moroccan attacking midfielder Hakim Ziyech on a 5-year deal. The 22 year old arrived from FC Twente last night for a medical and the deal has been confirmed this morning. Ziyech who can play on the right, left and through the middle will be invaluable to the club and will take up the role of currently injured Andre Gomes who is still out for 2-3 months trying to recover from his broken leg. Ziyech who has chosen to come to the Mestalla depsite interest from many top teams around Europe has cost the club a fee in the region of around 6.5 million pounds however this could rise to around 7.5 million when factoring in clauses within the deal. Ziyech who has played 67 professional games in his career scoring 22 goals will be looking to continue the form which he showed last season that caught the eye of the scouts at the club. You can follow updates on Hakim's arrival via twitter using the Hashtag #WelcomeZiyech!

As well as the arrival at the club we are also able to announce the departure of winger Rodrigo to Tottenham Hotspurs for a fee in the region of £12,000,000. Rodrigo who had been at the club since 2014 when joining from Benfica played 31 games last season contributing 3 goals. We wish Rodrigo the best of luck in the future and thank him for his time at the club.
Login to Quote

MattZTH
6 years
Olle : Thank you I hope you enjoy the story, Been a while since I've done much on the sight so looking forward to being back!
Login to Quote

mgriffin2012
6 years
Good start to this man! Will be following with keen interest!
Login to Quote

ScottT
6 years
Rodrigo is a big sale, very good player but Ziyech is a great little player to bring in, good business overall.
Login to Quote

Griffo
6 years
Always will be a Negredo fan... the chant they had for him at City was legendary, good luck with your adventures with Valencia!
Login to Quote 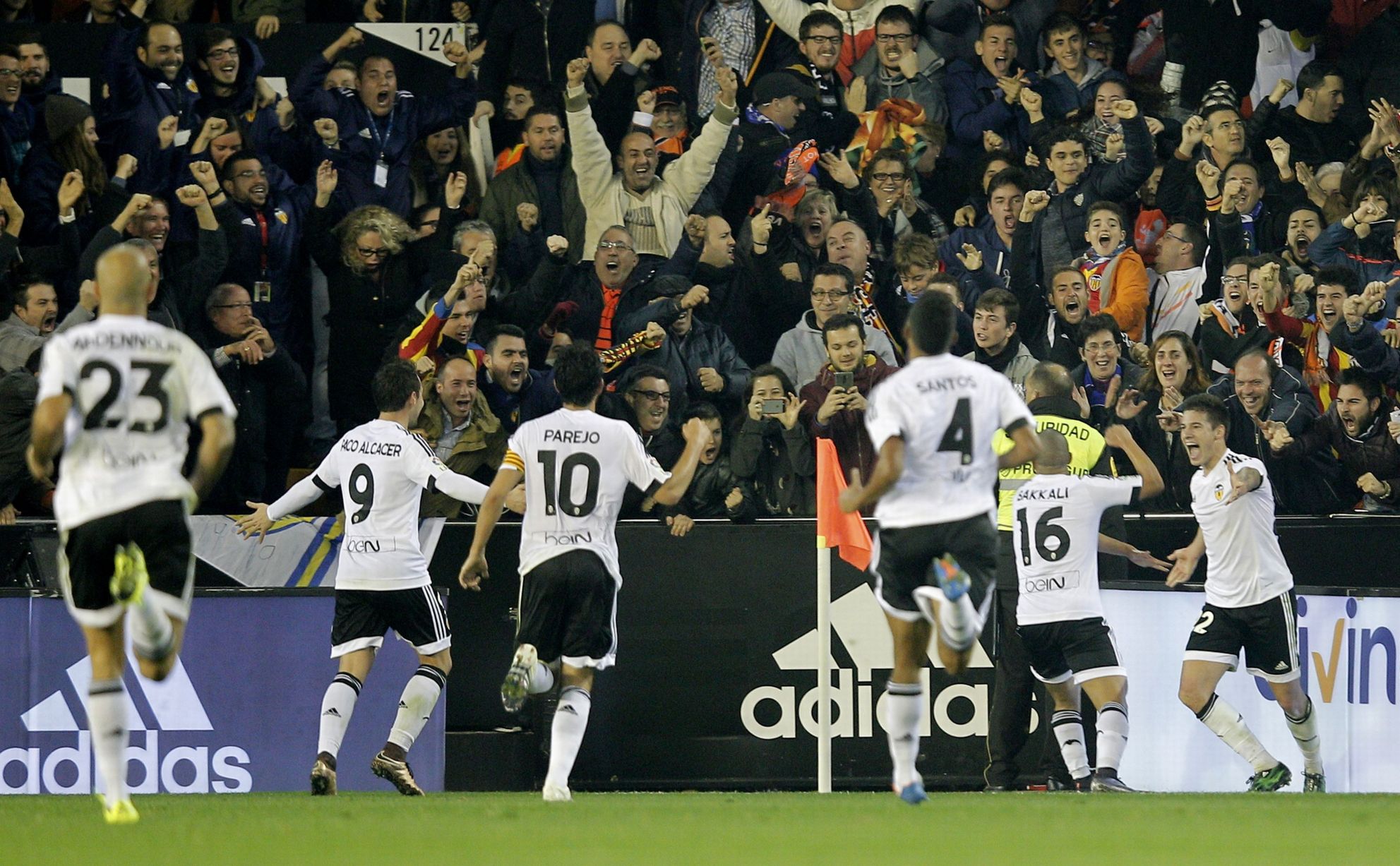 In today's press conference ahead of Hamilton's first game in charge of Valencia against Bayer Leverkusen in a friendly match, the Scot has been facing questions from the world media to see how the manager feels he will go about his business this season. It was clear from the outset that Hamilton prefers an attacking style of play blatantly highlighting some of the players he thinks could make a big impact this season, those being Paco Alcacer, Hakim Ziyech and on loan Russian winger Denis Cheryshev. On top of this he was stiff on his stance that he is more than willing to play younger players, Santi Mina and Danilo both seem to have been stand outs on the training pitch in the few weeks since Hamilton's Arrival.

However away from this, Hamilton was asked a question from one reporter regarding the rather large hole left by Nicolas Otamendi's departure with his response being that he knows the loss of such talented defender will disrupt the harmony of the back line but feels the club have brought in a suitable replacement in Abdennour. Hamilton had this to say "Defence is extremely important to any side but having a strong defence for my style of play is key, There is no attack if there is no defence, its that simple. I have faith in Aymen and Shkodran to prove they have what it takes. Both have great experience and will prove vital to our chances, If not i am more than confident in the services of young Vezo who has impressed me. I wont be letting people off with poor performances in my team!"

So it is clear that Hamilton has his mind straight on what he is looking for from his team, The question is whether or not he can shape the squad into the mold he is looking for before the vital Champions League qualifiers that all Valencians are crying out for success in, as in many people's eyes, the champions league is where the club should be.
Login to Quote

MattZTH
6 years
Griffo : Cheers Man, I wonder if he will be able to play a big part this season. Alcacer is a known goalscorer in my saves anyway so will be tough to knock off!

Sooru : Thanks man, seems like some good interest in this!

Scott : Ziyech better be amazing! he took up the only money i had for an attacking based signing, Defence needs some work!
Login to Quote 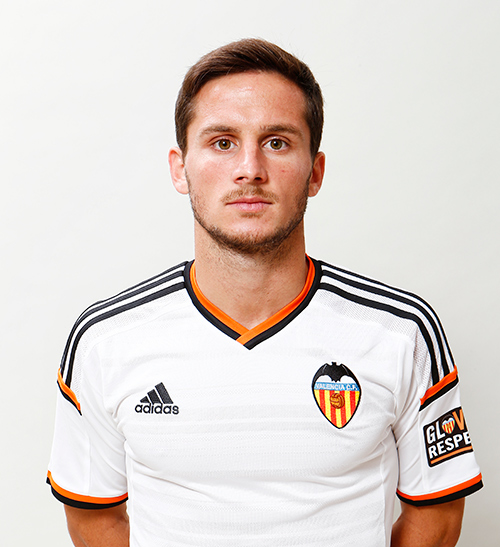 Piatti has been at Valencia since the 2011/12 season

News from Social Media today as Pablo Piatti announces his extreme displeasure with new manager Matthew Hamilton and has stated that he will leave the Mestalla by the end of the window. The Argentine has been posting obscenities on Twitter about Hamilton and the Club about an issue over Hamilton telling the winger he wont be in his plans this season. This has obviously caused Piatti to feel the need to make matters public which surely wont go down well within the camp at Valencia, He surely wont remain at the club for much longer after his behaviour and his attempts to hurt the clubs reputation!

ScottT
6 years
Piatti will be a bit of a miss if he does go!
Login to Quote

Justice
6 years
If he's unhappy, I guess his time is up.
Login to Quote

You are reading "Now Unemployed, Looking for Job...".