Despite having the entirety of the capital of Wales behind them, Cardiff City has not seen the same glory as many of the clubs in the leagues around them. With a rich 117 year history, a devout fan base and a state of the art stadium, the only thing stopping Cardiff from rivalling the elite of the country is their trophy cabinet, or lack thereof, having one FA cup to their name, but no First Division titles.

Following a Championship win in the 2012-13 season, Cardiff returned to the First Division of English football for the first time since the 60s. This was short-lived, however, as they finished bottom of the league and were relegated back to the Championship, where they finished in an unimpressive 11th place under Russell Slade.

Despite a small resurgence, it seems that Cardiff are on a downward spiral, and with Slade departing the club at the end of the season and no big names being thrown in for next manager, it is unknown if anyone can turn it around.


Can the Bluebirds fly again?

http://cdn.soccerwiki.org/images/player/2621.jpg
Taking Cardiff City forwards in this story will be Italian coach Fabio Pecchia. Having been fielded for teams such as Napoli, Juventus and Bologna in his heyday, as well as appearing for the Italian u21s side, Pecchia has some valuable top-tier experience. Pecchia has recently made the transition from the outfield to the back-room, having spent the last three years as assistant to Rafael Benítez at Napoli and the ever-prestigious Real Madrid, but is clearly eager to take the leading role at a club.

Whilst he seems like a bizarre and perhaps random choice at first glance, it is often the less glamorous managerial appointments that bring the most success (*cough* Ranieri *cough*.) Could Rafa's protégé be just what the city needs?

The successor to Russell Slade has been announced in an official Cardiff City club statement: Italian coach Fabio Pecchia.

The appointment is seemingly out of the blue, the Cardiff job being Pecchia's first senior management role since a brief spell with lower-league Italian side Latina in 2012. Pecchia has spent the last three years working under Rafa Benítez in Italy, and more recently Spain, choosing to depart and make a name for himself at the end of last season.

Pecchia now finds himself in south Wales, in a league he has no experience coaching or playing in, though it is apparent he is fluent in English. Despite this the decision to hire Pecchia is one to raise eyebrows when there were more conventional, less risky choices on the market.
Login to Quote

Griffo
6 years
Great choice of team here, welcome to the forum and best of luck!
1
Login to Quote

mgriffin2012
6 years
Welcome mate, good luck with the save, have always wanted to do a Cardiff save so looking forward to seeing where this goes!
1
Login to Quote

Treads
6 years
Just want to say thanks for the welcomes. If I don't directly respond to you through a message then I'll have probably liked your post.


FABIO PECCHIA:
"I've got plans for this club."

Today, recently appointed Cardiff City head coach Fabio Pecchia met with a journalist for the first time since arriving in Wales to discuss the club, his ambitions and the reasoning behind his decision to take over as manager. The interview was recorded live and published on the official Cardiff City website. The conversation went as follows.

"First of all, welcome to Wales, Fabio. Are you settling in well?"

"Thank you, and yes. I did not expect such hospitality from the fans, but they have given me a great welcome."

"What was your thought process on leaving behind a possible long-term role at Real Madrid?"

"For me, it was a difficult decision to step out from my previous job with Rafa [Benítez], as it was such a fantastic experience. He is a very intelligent man, and a good teacher, so I feel that I have learned a lot from him. That being said, it has always been my dream, even when I was a player, to progress in to management, so it was the right decision."

"You've got extensive experience in the Italian leagues, and you've followed Benítez in to Spain. Why South Wales?"

"I love Italy, and you can't argue that the football in Spain is amazing, but managers in the English leagues have been the ones that have inspired me the most - one of them being Rafael, as well as others like Ferguson, Wenger, etcetera. These people have found a club, invested their time in to it and transformed it. Cardiff, to me, looks like potential. It sounds like a big dream but that's why I chose to come here."

"Some managers will come to the Championship to try and further their career to one day get a job with one of the elite in the Premier League, but the way you phrase it sounds like you'd like to stay here for some time. Is that correct?"

"Yes, of course. I've got plans for this club. Realistically, this 'elite' that you speak of is impermanent. The Premier League is one of the most competitive leagues in the world, so if the fans and the board choose to stick with me, I'd like to eventually break in to that elite."

"Bold words. So you have a long term plan?"

"I know it sounds overambitious, but that is what drives me. I will not hide my ambitions from the fans. I have a plan of sorts, yes, and the first step of that plan may be the slowest. I need to shape the foundations of this team before we try and take on the big teams, so all I ask is for some patience from the fans. If they give me that, then I can give them results."

"Thanks Fabio, I won't take up any more of your time. Welcome to Cardiff."

"Thank you."
Login to Quote

Atoobie
6 years
Sounds like a good guy manager for Cardiff, different from the days of Malky Mackay
Login to Quote

Griffo
6 years
Hopefully he is a success,I love watching Swansea play Cardiff it is always a great match... I just hope they aren't on their way down when you are on your way up haha!
1
Login to Quote

mgriffin2012
6 years
Sure he can be a real success at a really good club!
1
Login to Quote 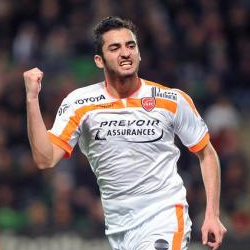 
It has been several weeks since the English transfer window opened and all has been quiet in Cardiff. Other than the business that had been finalized before Pecchia took over earlier in the summer, there has been only two incoming players and no players departing the club. There has also been no changes to back room staff under Pecchia.

The first deal of two that was made was the signature of Marco Da Silva, a 23 year old central midfielder from France, having signed from Valenciennes. Da Silva has 23 Ligue 1 appearances to his name and looks as if he may challenge for a place in Pecchia's starting eleven.
22 year-old defender Will Packwood was the other deal made by Pecchia in what appears to be a squad-strengthening deal, the American having previously been a fringe player for Birmingham. Packwood also arrived for free.

"Stability is important," Pecchia responded when asked about his transfer dealings. "I had some funds available. But I saw no deals that I deemed worthwhile for the club. I think the squad we have right now is very good and I brought in two to secure it and make sure that we had enough strength in each position. I don't plan to make any more signings unless I have to replace players. Right now, there is nobody I'm looking to sell. They'll all have a chance to prove their ability to me."
Login to Quote

Soze
6 years
Some decent signings, hopefully they can bring the stability you need! Good write up

http://www.cardiffcityfc.co.uk/cms_images/harris-43265-2638050_478x359.jpg
Perhaps a surprise performer in the build-up to the season. Widely considered by fans as second choice at right-wing, young Kadeem Harris has been a consistently reliable attacker in the last few games. Whilst Pecchia most likely initially chose him to fill in for injured Anthony Pilkington, Harris is now making a claim for a role in the starting line-up.
An honourable mention must go to Joe Mason who netted an impressive hat-trick against AFC Wimbledon, but failed to have an impact in any of the other games.

"We've had a very strong start to the season. We've built fitness and we've begun to train new strategies and tactics. I think we're ready to apply them to the league now. I'm excited. With only wins and draws so far, I am yet to see the players fail under pressure. They've all shown great motivation and excitement for the oncoming season."
Login to Quote

You are reading "Flight of the Bluebirds".