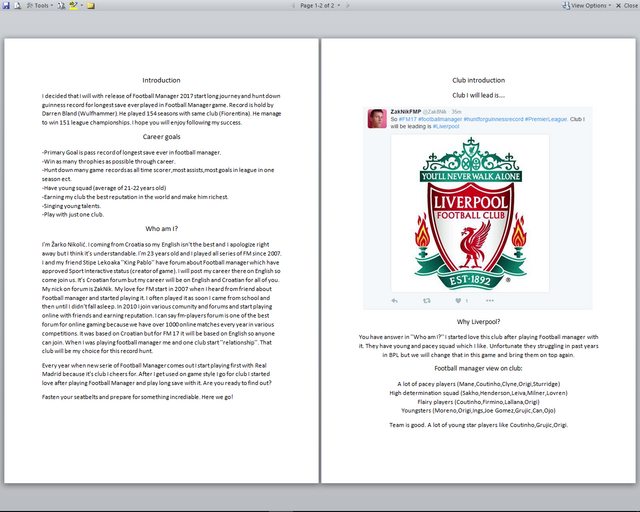 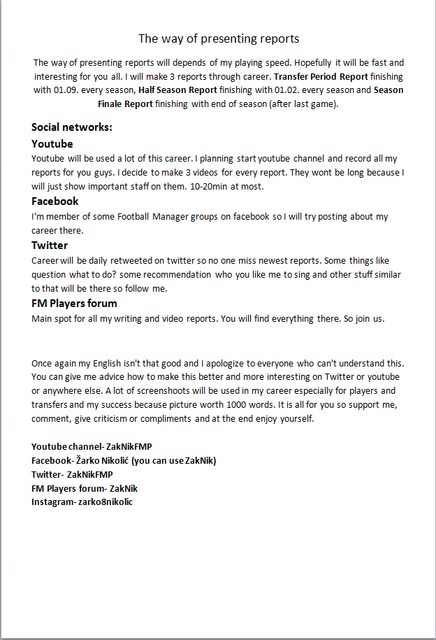 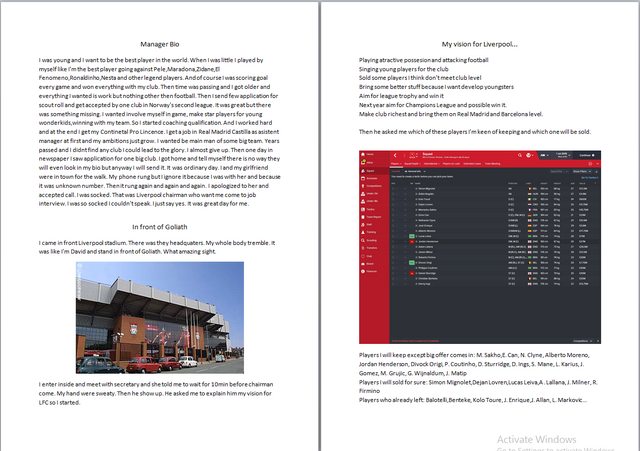 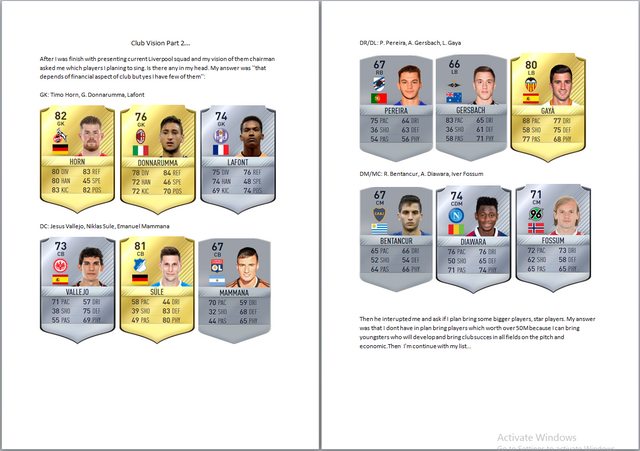 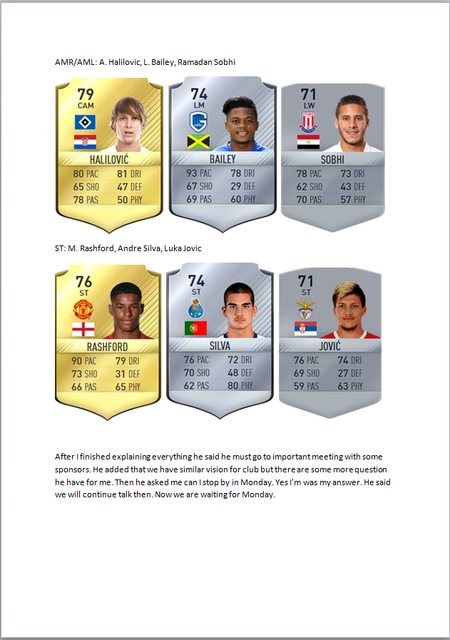 I hope you will enjoy my journey with me...cheers.
Login to Quote

I've edited your initial post to embed the pictures rather than sending people to imgur to see them one by one.

But I advise you to copy/paste the actual text here and avoid pictures with long text on them. Use the actual photos and screenshots as pictures.

On a side note, I recommend fmshots.com over imgur. Reason here.
1
Login to Quote

ZakNikFMP
6 years
Yeah I did that at first but my pictures didnt want zoom in so I do linking instead. Thanks for advice I will use fmshoots from now on.

About writing...write session on FM Scout is short 23 minutes I think...Most of time I need more then that. But I will try it.
Login to Quote

Stam
6 years
Zooming can be done with this bbcode:

When using full page documents as picture it's natural to look tiny because it has to fit a smaller space here. But when using text it's great for reading and we can keep only the photos / screenshots / graphics as pictures.

Writing session is indeed limited, which is why I suggested to copy/paste your text here (assuming you already type/save it locally).
Login to Quote

ZakNikFMP
6 years
I will do that? Is here fonts like in Microsoft word? cuz on some other forums I get smaller text just copying from Word? Thnaks for support.
Login to Quote

Finally Monday is here. I'm ready for Final meeting with Liverpool chairman. I put my suit, fix my hairstyle and facial hair, wash my teeth and start journey to the Liverpool stadium. When I came chairman invited me in his office. Then he give me paper with questions and pen. He asked me politely to answer.

Question number 1.
How many funds you expect for Transfer Budget? Explain your answer.

Answer: I expect around 40-60M pounds. I think it's enough for bringing some matured youngster which can be used in rotation system. We will sell some players and with that we will have more budget for some main positions in first squad.

Question number 2.
What else will you demand from board if we give you chance to lead Liverpool? Explain your answer.

Answer: I would love bring some new stuff in club with your premission. Also I want affiliate club with excellent youth school and training academy so we can send our youngsters there and give them chance for developing. For the start I think that's all.

Question number 3.
How much chance of success in incoming season you giving yourself?

Answer: I will for sure win league or been runner up. I belive we have awesome squad and with few transfers and adjustments we can go great things. I'm 100% sure this team have all what takes to become main force in football.

Question number 4.
Liverpool is club with great fan base and their support. Are you ready for that kind of pressure?

Answer: One of the main reason I want lead this club is because of awesome fans and I will back up any pressure they give me and turn it in wins,thropies and celebration for them and lead them all together to glory.

I finished with answers and put my paper on his desk. He asked me to wait outside. I was pleased with my answers. Now it's all up to him. At the end I was happy for chance they give me even if I don't get job.

JohnWarrington
6 years
Good luck! Hopefully you can bring the glory years back to Merseyside
1
Login to Quote


thanks for following...I will give my all to do that.
Login to Quote


dont worry I will do my best

OlleM13
6 years
Can see you're new to this. But as you will keep posting, you will be better to the layout, but dont get me wrong.. I like it! keep it up bro
1
Login to Quote


Every critism is good...I will try make this better

MJK46
6 years
Good start in writing so far, you will continue to grow and I feel you will become one of the good writers here!!! I look forward to what you have in store
1
Login to Quote


thanks I hoping that your expecation would be met by me 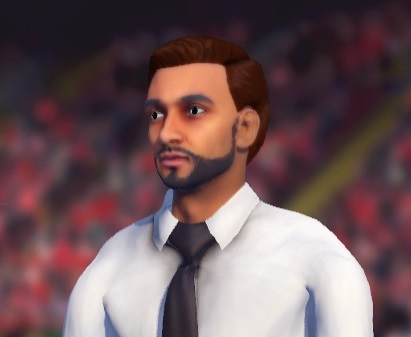 Unknown manager Žarko Nikolić gets suprise appointment at LFC. When we asked Liverpool chairman about it he respond: ''Sometimes in your life you need take risks for greater good. I think my time for taking risk is here. I and new manager have same vision for the club and I liked his profile very much and determination for success. He won me over and I decided to give him chance. Žarko Nikolić start as scout and then made his way up to manager lincence. He worked as asistent in Real Madrid Castilla. Can he wisthand board and fans pressure with his lack of experience and young age? We will wait and see.


Chairman gives me 60M for transfers because I promise him that I will win league. I decided that I will work on future so I bought many wonderkids. The best of them which I will mention are T. Buitink, Joel Piroe, Marcus Edwards and Alex Gersbach. One of club philosophies is to bring youngsters for first squad and I'm down for it. My highest bought is also youngest in my first squad and that is G. Donnarumma. I spend 25M on him. Then I bring two Full Backs. One of them is first squad player and one f them is back up player. In position of DL I bring L. Augustinnson and as back up for N. Clyne Pedro Perreira. I decided I wont count on Lucas Leiva in my team and put him on TL. I was in need of replacment so i bought Thiago Maia. He will also be in first team and Emre Can will be his back up. In lack of AML and AMR position I go to transfer market in search for good options. I find them in Hirving Lozano who can play on both sides and Angel Correa on Loan. In case of Henderson injury I bought Kristofer Ajer as back up. I spend 100M for buying and get 71M from selling players. 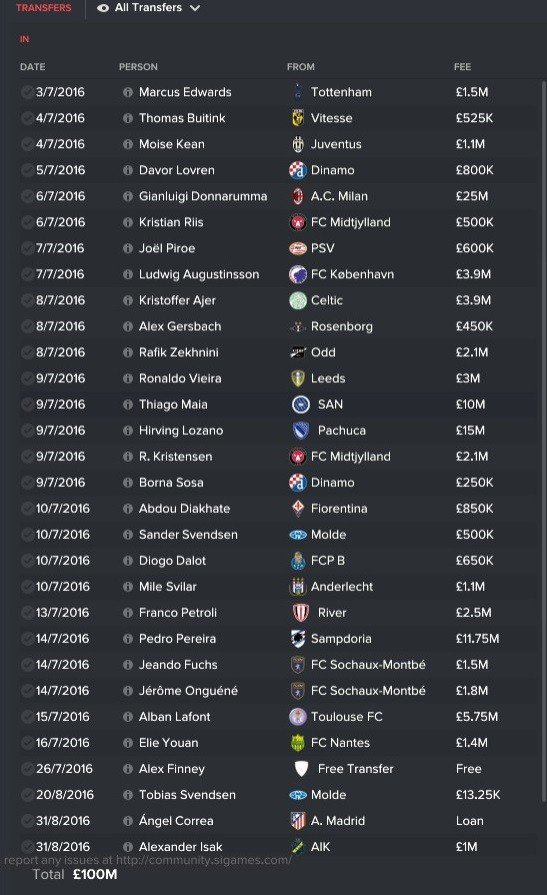 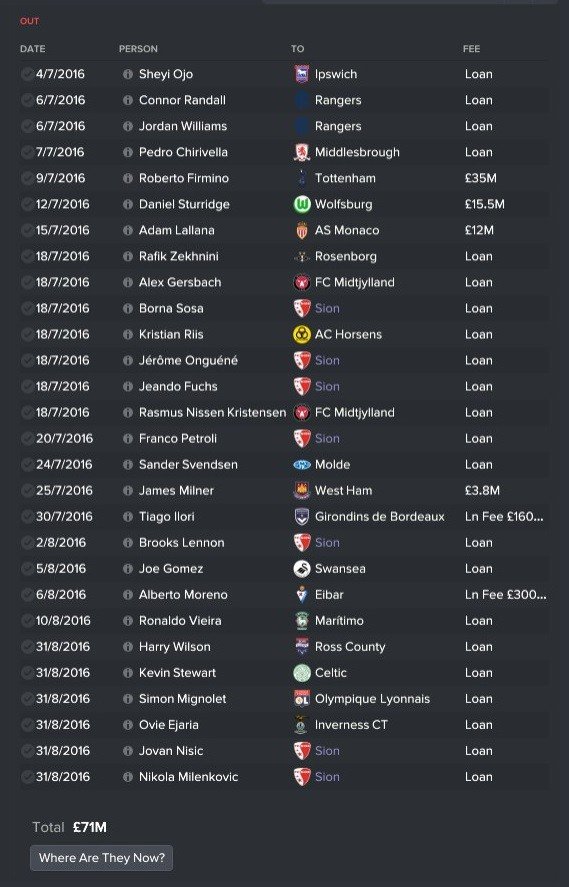 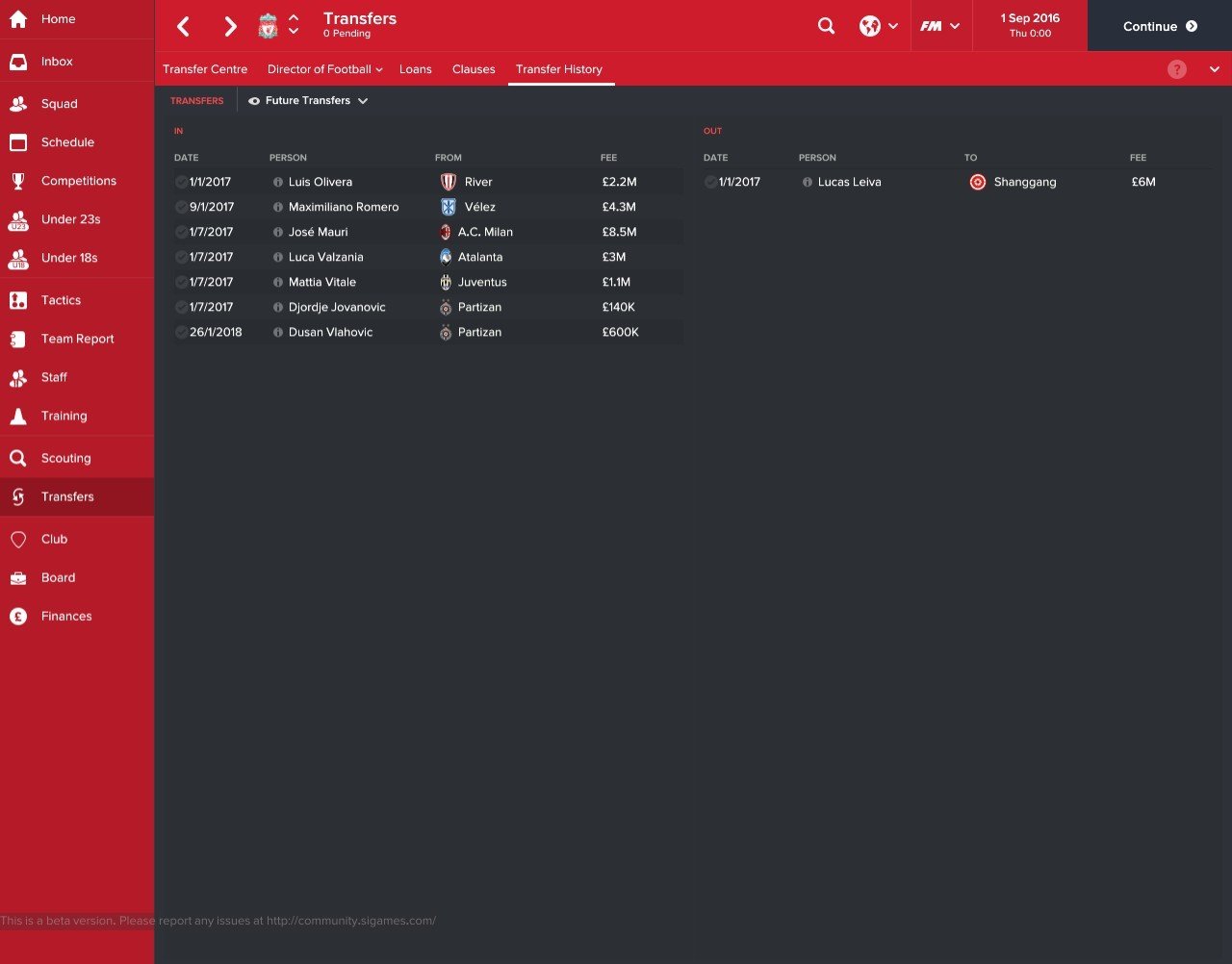 The only thing I asked from Board is to get me feeder Club and they allow that. So our new feeder club is Sion


I decide to bring some new staff members in club. Here is now that look now.

Friendly Games, Tactics and Start of the season

I play with 4-1-2-2-1 or 4-1-2-3 tactics. I using my DR on support role as left MC because Coutinho have IF attack role and he dont do much defending duties. On the right side I have Mane on winger support and N. Clyne on attack role to use his excellent crossing and speed. Throught the middle start from defence we have 2 Ball playing defenders one on defensive role and one on stoper role. Henderson as our Captain plays on Box to Box midfielder role and Grujic plays on Advance playmaker support Role. In Striker position we have Origi who plays on Poacher role. Control mentality is here for posession because board want us to play that kind of football with some attacking adjustment like looking for overleap. My first squad looks like this


In our friendly games we didnt do much because we bought a lof of players and our tactics didnt have time to get familarwith squad in first few games but later we start get in touch with it and grows in results. Season started and our first game was against our Rivals Man. United. My players get out there and show how we play football. We won easily with 5-1 score. Then next game was away against bournemouth were we have domination but didnt use all our chances and drop points. They score late goal in 84min, Cup game against MK Dons was easy. Full domination and win with score of 3-0. Last game was against Arsenal were we lost 1-2. Hard away game. We were dominate but Arsenal take their chances and we didnt. See all games here.

You are reading "Hunting Down Records-FM 17".