ScottT
4 years
Lens have been very inconsistent the last few years, hopefully you can change that for them

First of all, thanks everyone for the kind words. I will do my best not to disappoint you with this.

And so, the work of rebuilding began. First of all, I had to revaluate what I have in my disposal 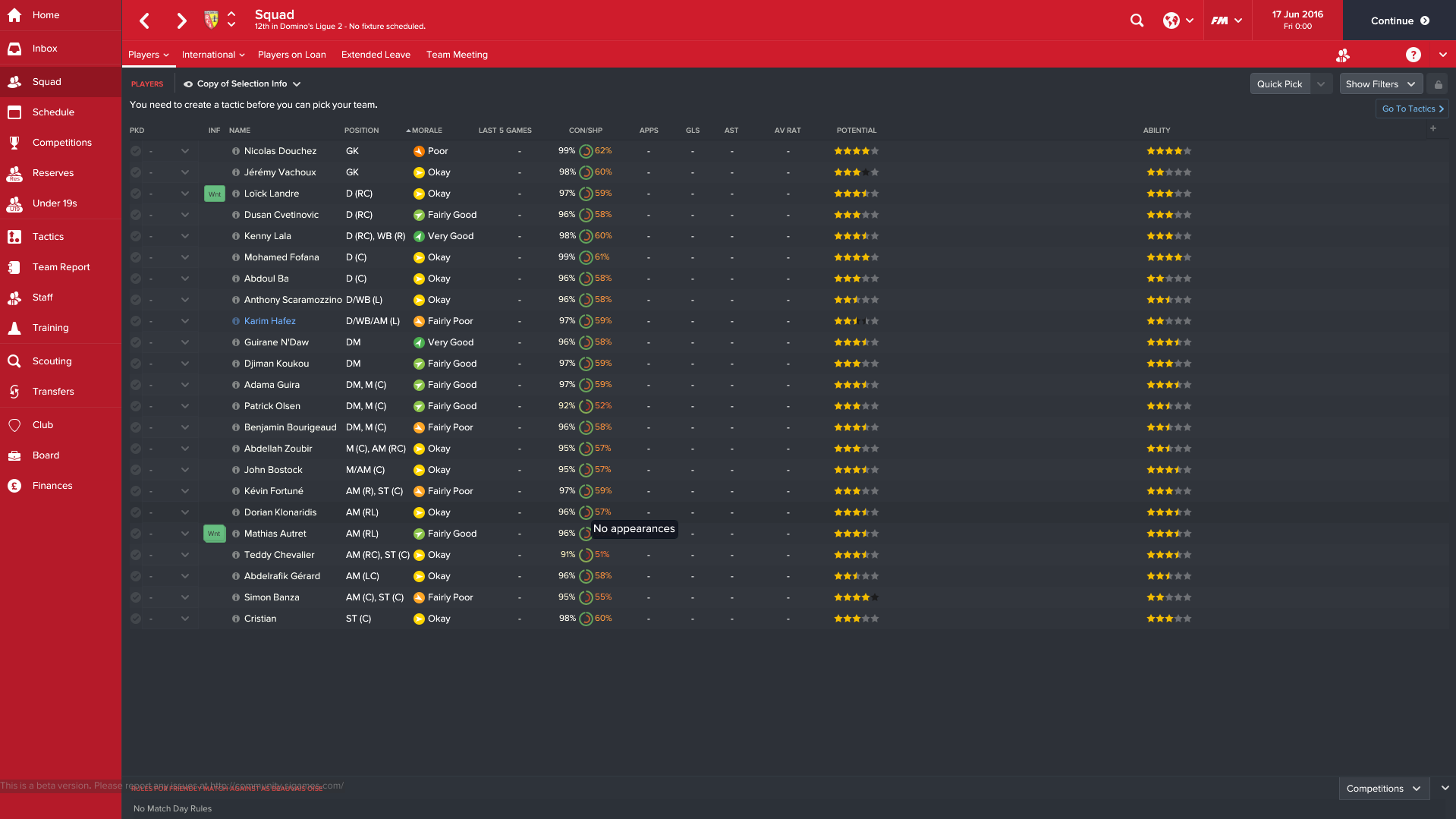 At first look, a solid squad. Maybe lacking a bit depth infront and on the left back. Finding a new striker is mandatory: after all, the team scored only 39 goals last season and that costed dearly.
The defense is solid, the best in the league last season. Now only need to find a way to score more, without losing stability in defense.

On the goal, we have some serious experience. Nicolas Douchez is the starter here.: 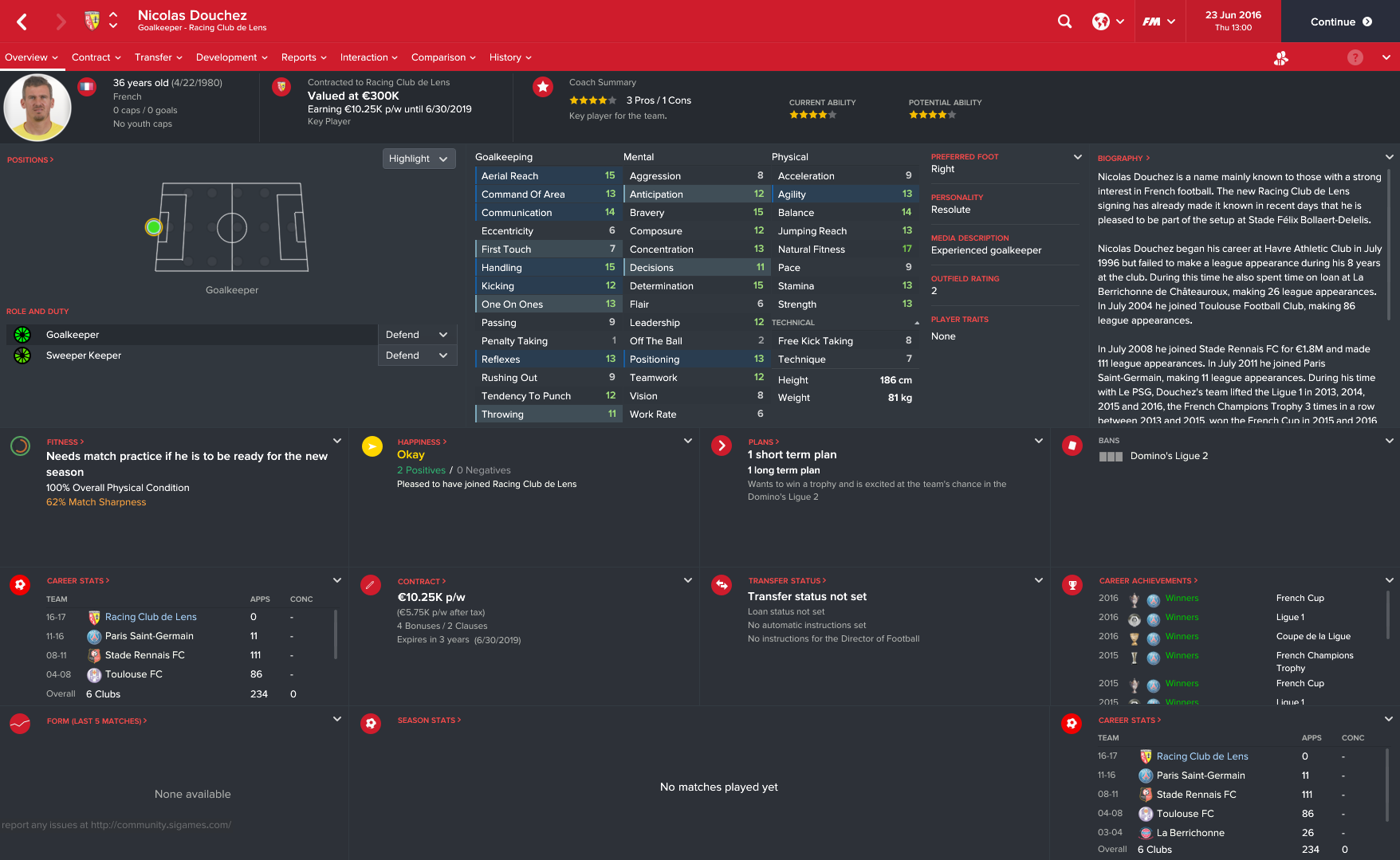 The best defender in the squad, no doubt is Mohamed Fofana. He is the leader of the back four and the guy, from whom the younger defenders will learn: 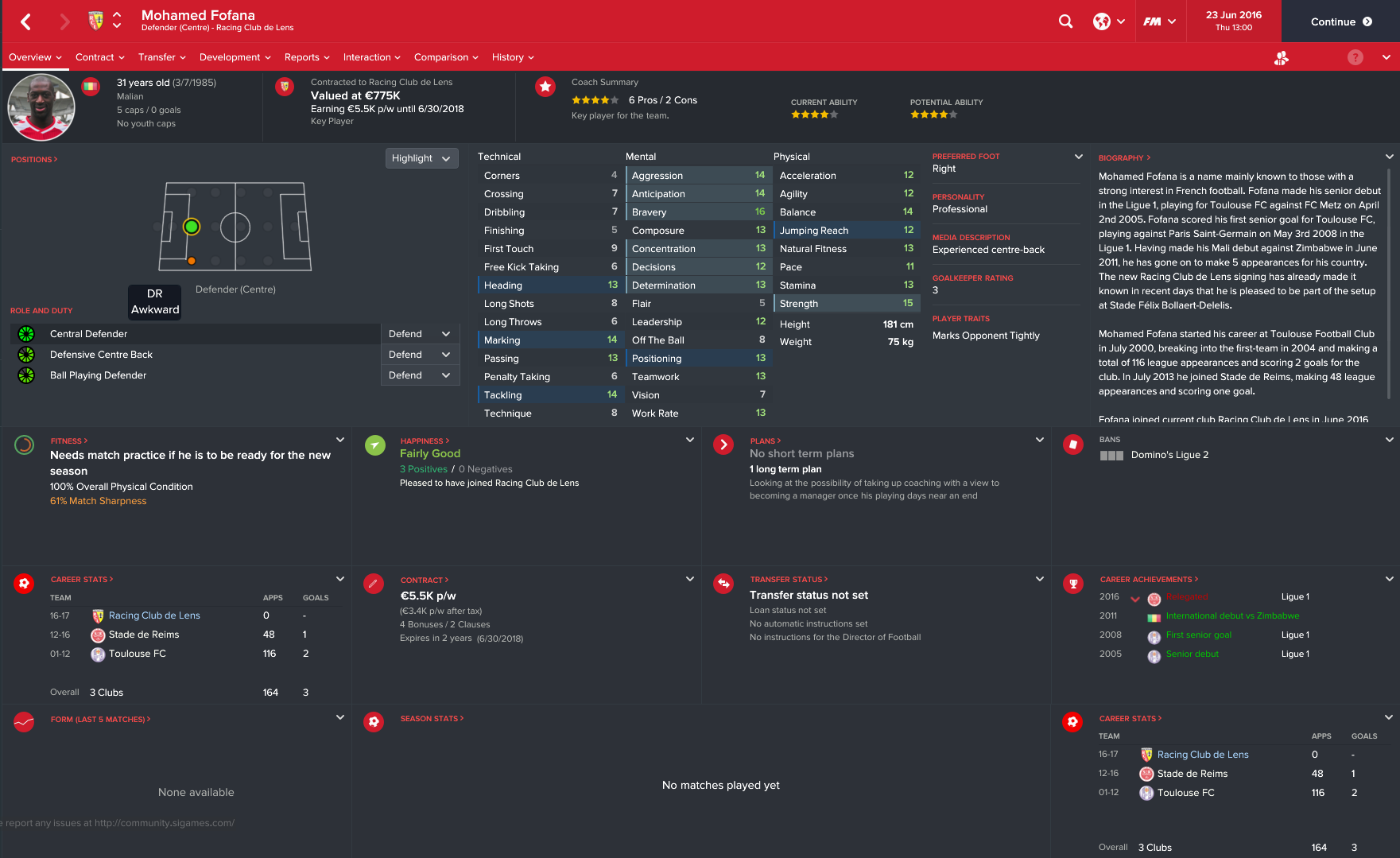 In the middle of the park, the most important player is John Bostock. He will be my main playmaker, the man, who will be the engine of my new machine. 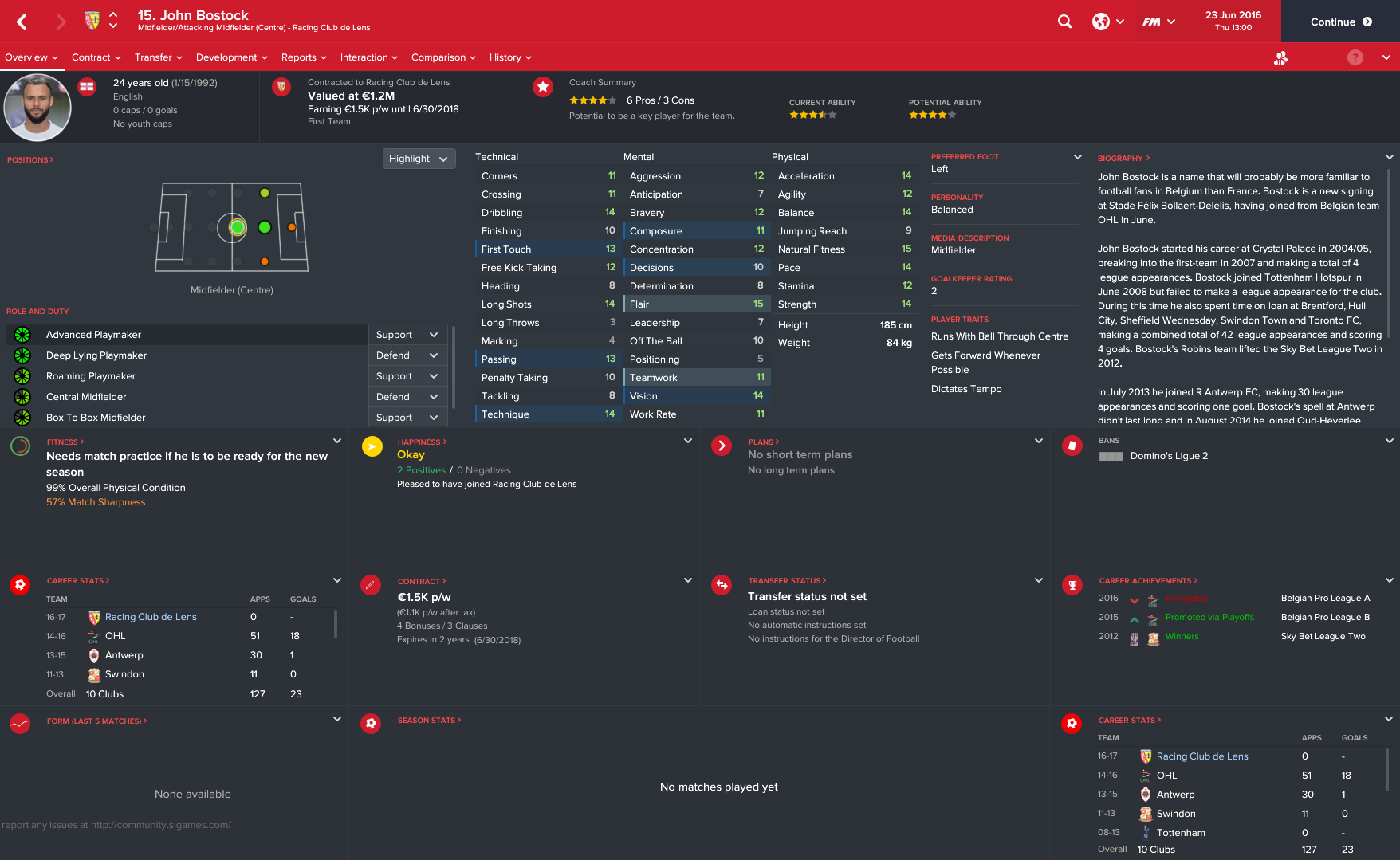 And upfront, a guy who will need to score goals. Christian, once a product of Real Madrid second team, now main striker in RC Lens. He has a tough task ahead of him, bringing those vital goals. 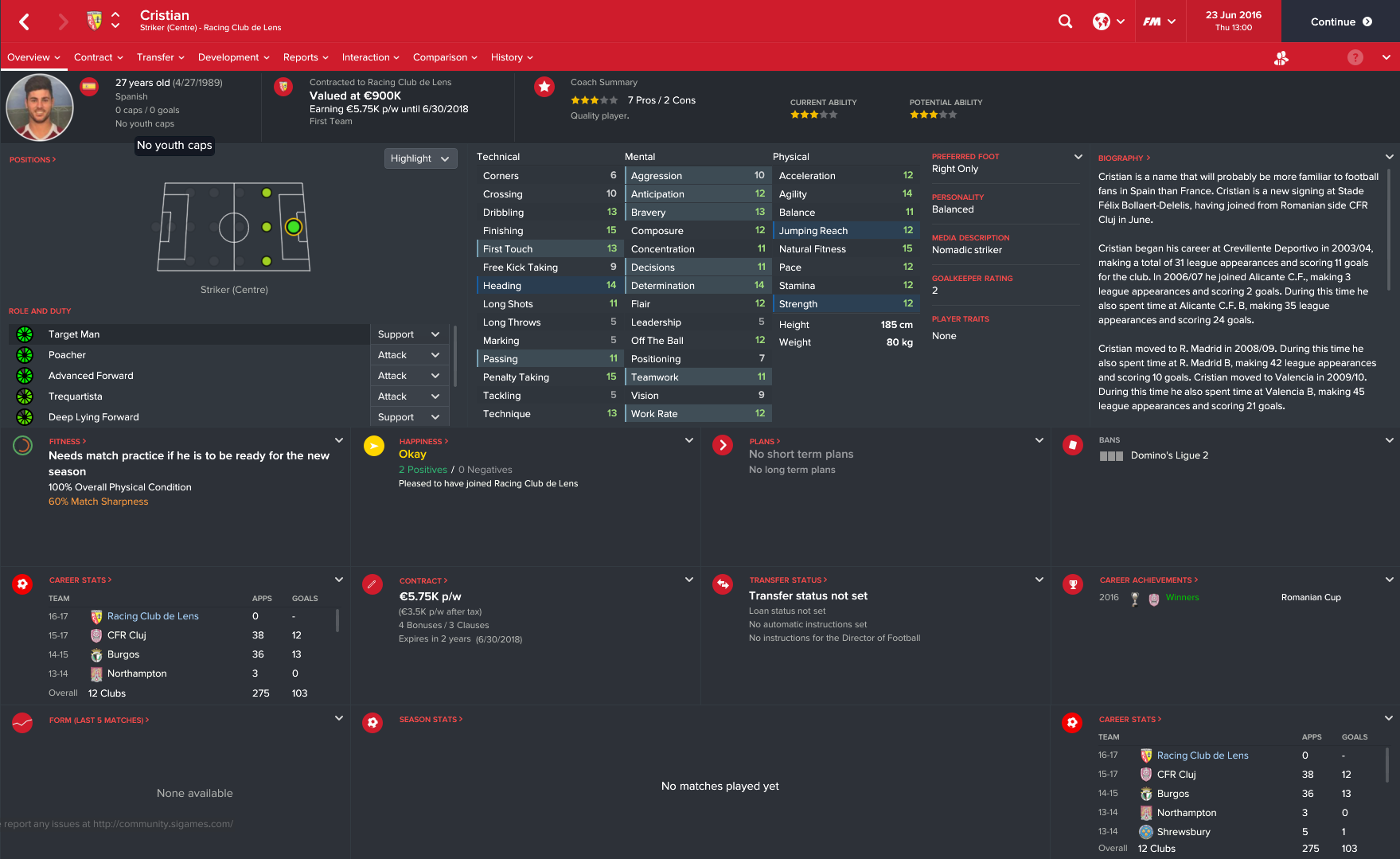 And finally, my first signing. Brought in as cover for the central defenders, for 130,000 Euro, Antony Marin. 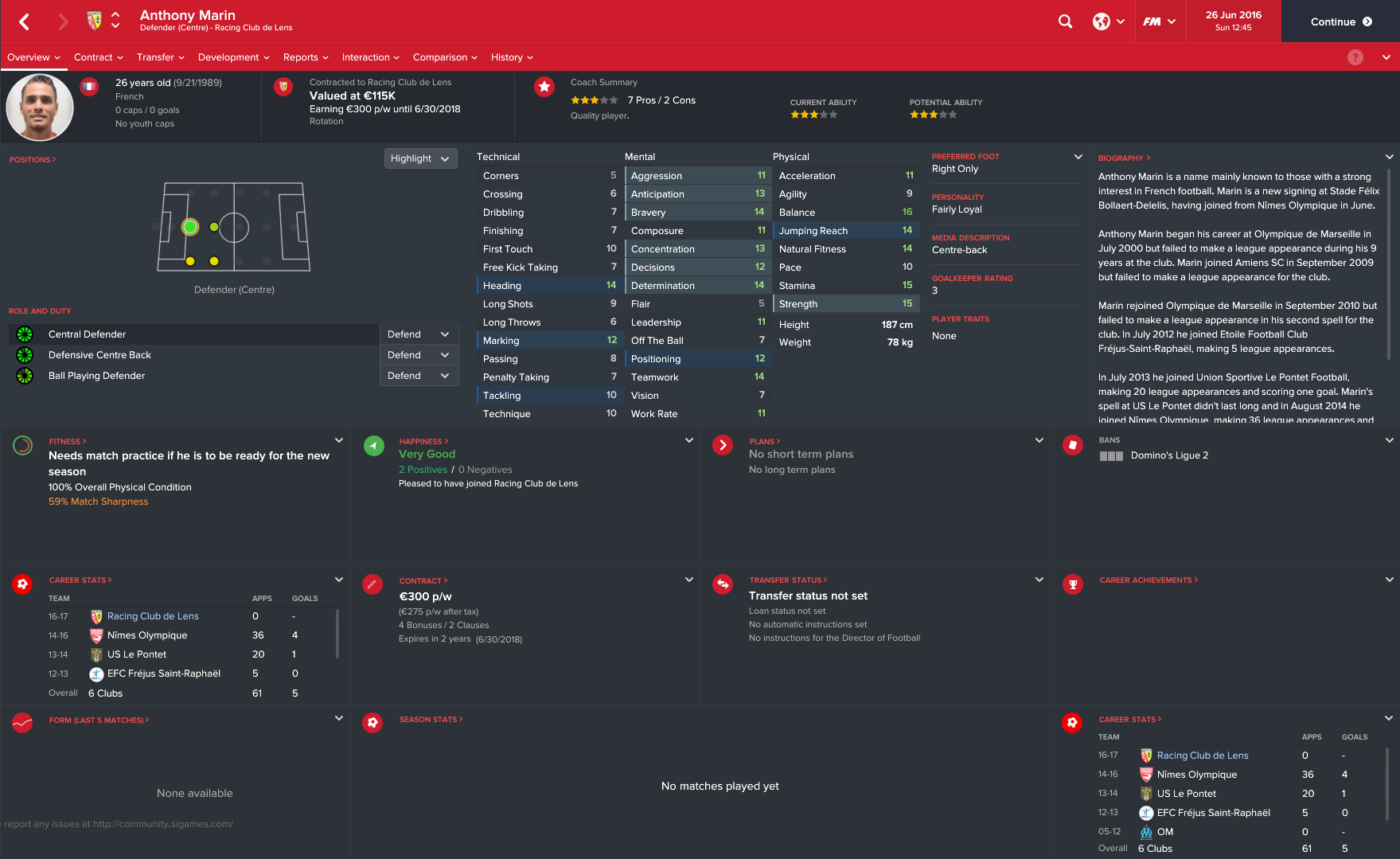 Judging all the strenghts and weaknesses with my staff, I decided on a 4-1-2-2-1 formation. Maybe it is not the most original one, but for now, we need results, not experiments. Once the team is comfortable enough with it, I will try to implement something more eye catching. 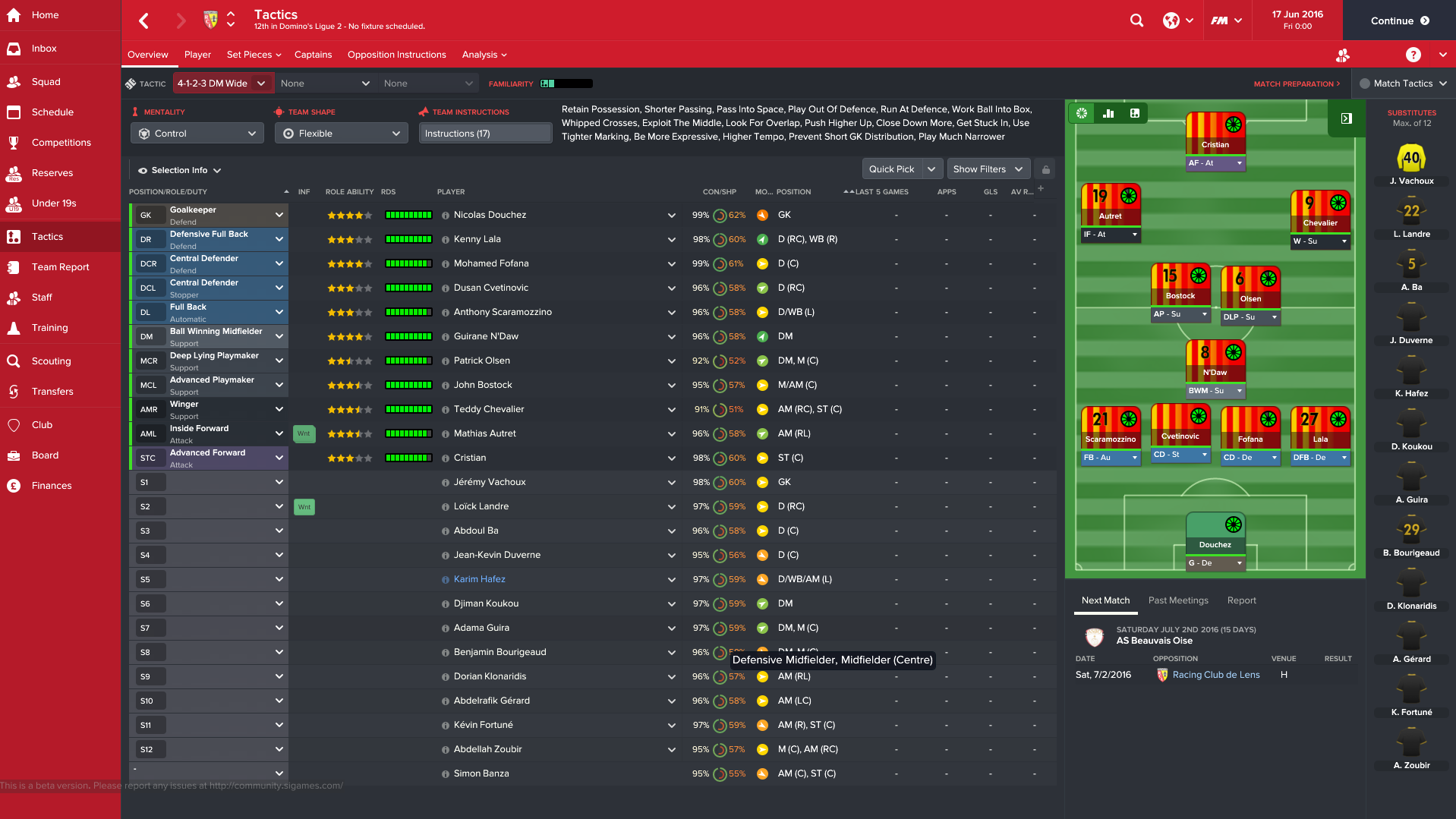 I am heading into the friendlies with believe in my mind, that we can reach the promotion playoffs, something which was set as a goal by Mr.Martel. It won't be easy, I know-the league is hard and competitive. But I believe in my squad. Let's get into the first games, and see what the future has to offer.
Login to Quote

mgriffin2012
4 years
A good squad available to you man, I'm sure you can take this team back into Ligue 1's upper reaches in no time!
Login to Quote

ZakNikFMP
4 years
Cheering for you to take that club in first league...I like your way of presentation

@ mgriffin2012 yes, it seems solid, will see what I can achieve

First of all-we have a lady on board

Judging by where she was born, she must be a hobbit 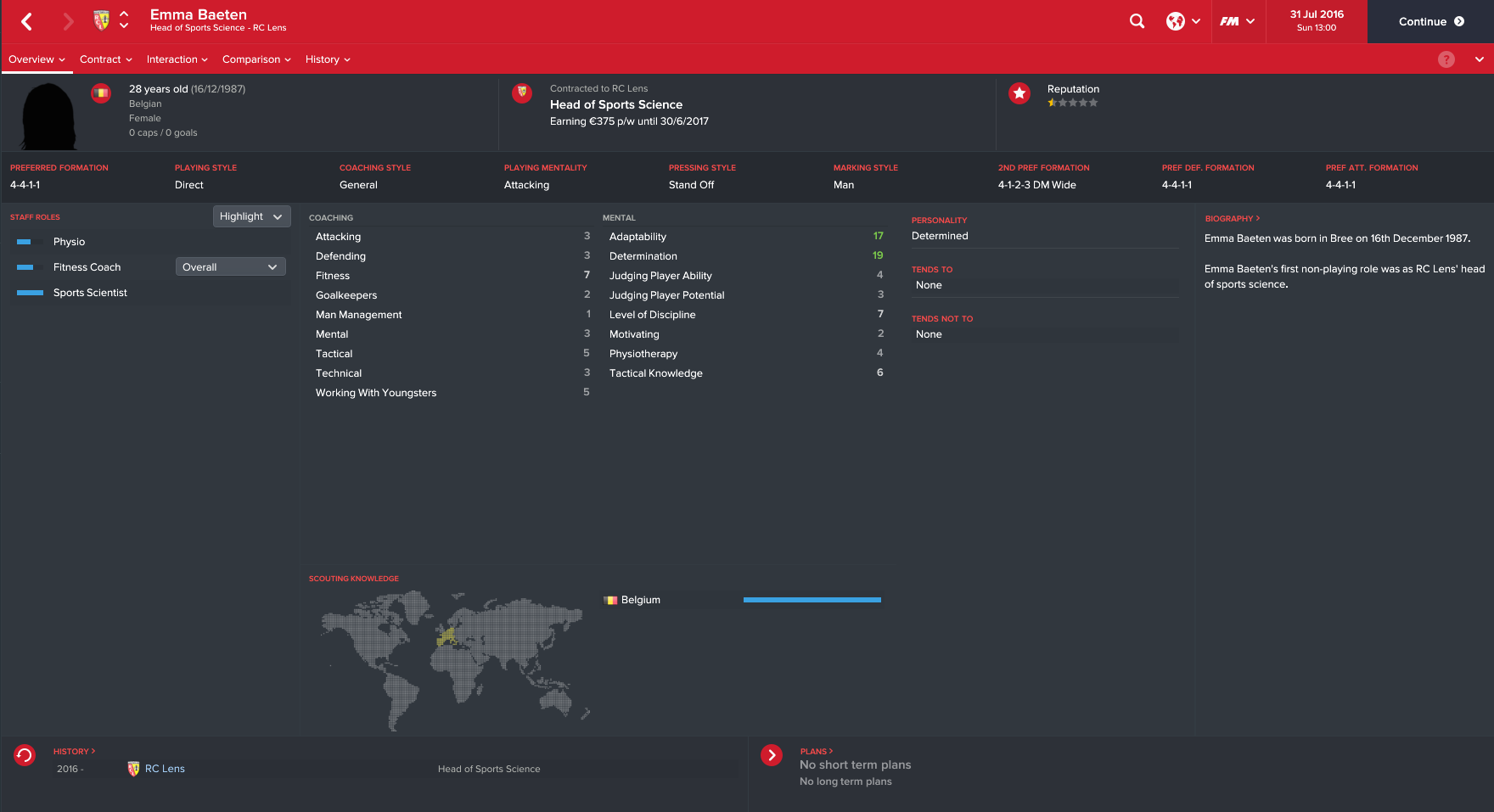 A first half red card changed the game plan, to a more defensive one. Still we controlled the game, but couldn't score. Yep, we need a new striker badly.

But before that: I am growing up in the business

I have some good and some bad news. Clean sheet, that is OK, but second "dry" game is worrying. At least we create-24 shots at goal that game, but cannot score. Hopefully, the luck will be on our side in the future. 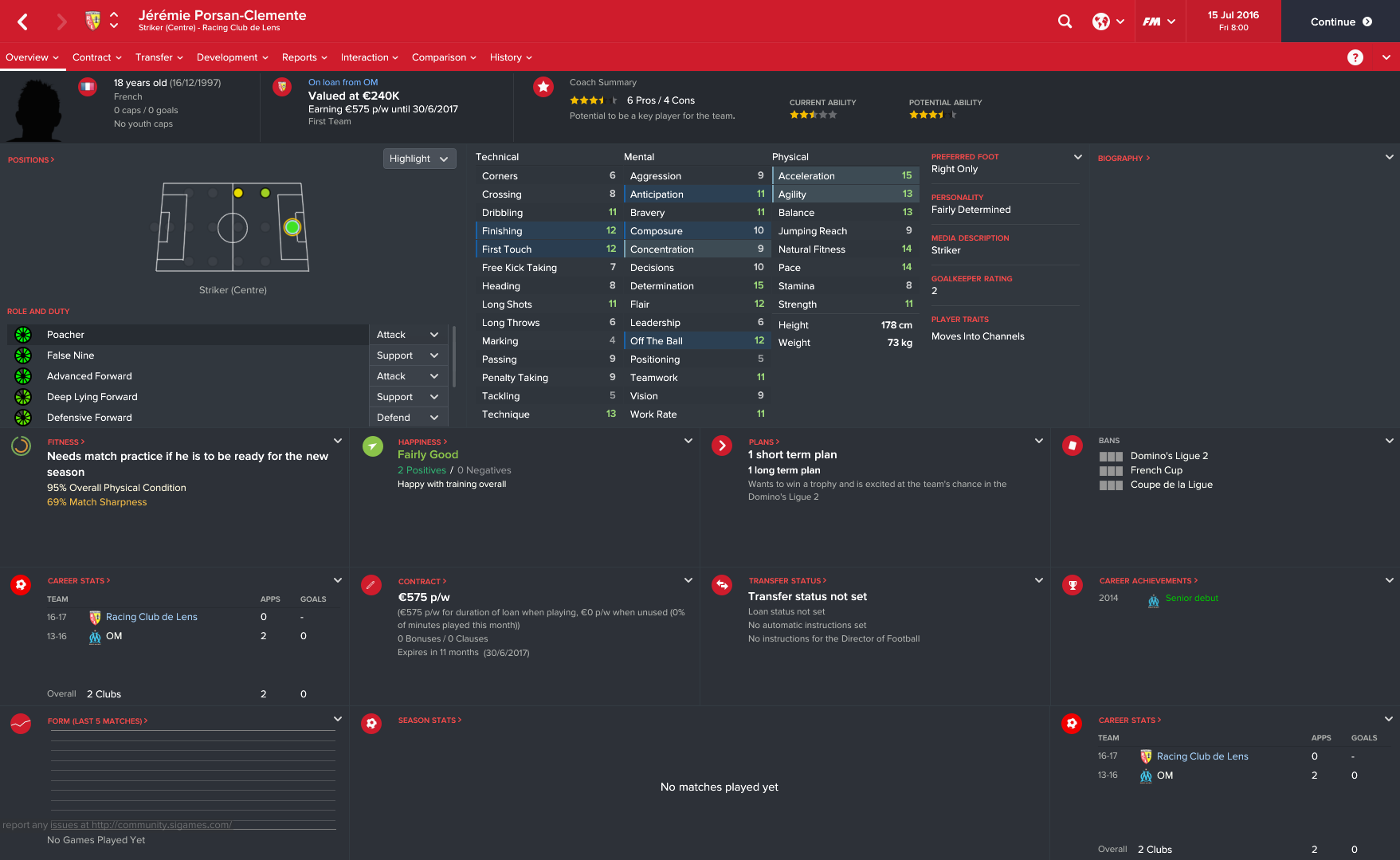 Clement is a loanee, coming from Marseille, with the reputation of future star. Can he be our man?

And maybe he is. After 225 goalless minutes, the new signing introduces himself in style. We conceded too, but at the end, it's a first win and I take it.

Seems like when they start coming, they come in both ways.Still, the toughest game in the preaseason gives me hope-we played well and deserved even more from it.

The last friendly is the worst. We took the lead and after that, were nonexistent on the pitch. Not the way I want to enter the season, for sure.

Tadaam!!! We got a surprising result, another goalless draw. Still, Gazelec Ajacio are one of the teams, which are supposed to fight for promotion, so I take this result as a good one,

Let's see what August will bring to us.
Login to Quote

mgriffin2012
4 years
A solid start man, keep it up!
Login to Quote