ninjaskill
4 years
With some exams coming up I'm going to have a lot of hours of procrastination to fill and figured what better way to do it than with another FM story. A small side note this will be monthly updates unlike my other stories on here. 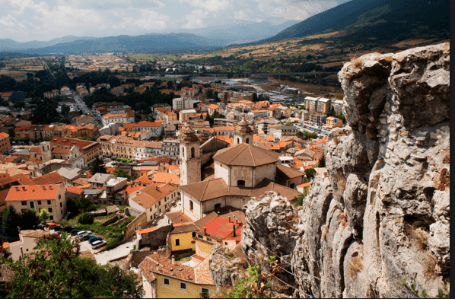 Castel Di Sangro is a small village of 5,000 in the Abruzzo region of Italy, it has a church, an apparently awful hotel and some restaurants. Oh, and a football team that in the mid nineties at the height of the power of the Serie A somehow managed to get into the Serie B despite having less people in the village than every other stadium would hold. The first game Castel Di Sangro Calcio played was just after WW2 and saw them quite literally run out winners as they upset a team from a nearby town and had to escape a large number of rather angry supporters. This first match set the tone for the team, some incredible results and with a dash of violence and crime thrown in. A few miracles lead to the peak of both events and is referred to as the Miracle of Castel Di Sangro.

The miracle started in 1993 when Osvaldo Jaconi took over a Serie C2 side facing relegation and led them to second place. The next year he started the miracle by getting the small town into the Serie C1 that contained some teams that had been in the Serie A not long ago. Avoiding relegation was the goal and somehow Castel Di Sangro finished second and made the promotion playoff where the miracles occurred. They had a two legged semi final and lost the first leg 1-0. With only 15 seconds left in the game Jaconi put on a defender who had played 7 games and failed to score in any of them. 7 seconds after coming on the defender scored and Castel di Sangro advanced into the final against Ascoli. 120 minutes went and just before time ended the manager subbed keepers for the shootout. After 8 rounds of no misses the subbed on keeper made a seemingly impossible save to get them into the Serie B.

There they had to play in Pescara due to not having a stadium ready until December when the poor quality pitch flooded and couldn't be used. Following that two players died in a car crash, the captain of Ghana was on trail and signed but, then instantly sacked due to racism. The owner who was possibly close with the mafia then staged the signing of a Leicester player who started a fight and turned out to be a actor. A player and his wife were charged with Cocaine smuggling. Finally after heroics from the keeper kept them up the final game of the season was fixed to ensure Bari got promoted.

Since then they have been relegated and are now in the 6th level of Italian football and an amateur team again. I want to get them into the Serie A this time and create a bigger miracle. Annoyingly I can't make the 6th division playable so I promoted them to the 5th division where we are now massive underdogs to survive and have no actual players so I will have to sign an entire team and keep us from relegation. Then I will try and climb up the leagues and become a force in Italian football.

As for the manager it will be ex-player and top scorer in the Serie C1 season Giacomo Galli, he was close to the player involved in cocaine smuggling and rumoured to know something. When going to get a routine pain killer the brother in law of the possible mafiosa owner accidentally used an unhygienic needle and gave him Septicemia that ruled him out for the rest of the season and left him coincidentally unable to talk about what he saw as he was apparently in a coma in a hospital in Rome. 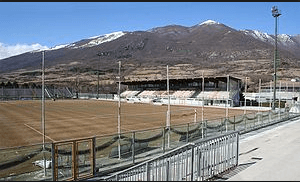 The goal for the manager and the team is to try and repeat if not exceed the miracle of Castel Di Sangro. The first miracle has helped this goal in someway by providing a 7,000 seater stadium that is very good for the 7th division of Italian football and unlike for a lot of the Serie B season, playable on.
Login to Quote

mgriffin2012
4 years
Good luck , looking forward to seeing what you can do in Italy!
Login to Quote

C.J.Lippo
4 years
Either you have too much time on your hands or I don't have enough, either way I don't like you very much at the moment!

Seriously though, if this journey is half as interesting as real life it should be a great read. Good luck mate
Login to Quote

ninjaskill
4 years
So the database that I downloaded to allow me to get into the lower leagues of Italy has one flaw it is massive. The level that Castel di Sangro are in has 48 leagues and the ones above it also have a large number of leagues so the save is taking to long to advance for me to make it a save so I'm trying to find a way to deal with it so I can get on with the story as soon as possible
Login to Quote

MJK46
4 years
48 leagues in one level is insane man. I bet promotion playoffs are crazy.
Login to Quote

Booker
2 years
Please give credit where it's due. The late Joe McGinness wrote the book on this subject, titled "The Miracle of Castel di Sangro," based on his season with the team when they made it into Serie B in the mid-1990's.
The doctor who gave Galli the injection was not the owner's brother-in-law, if I recall correctly. The owner at the time (Rezza) had a niece who was married to an oral surgeon, but it was a different local doctor who gave the injection. The president of the club (G. Gravina) was the husband of another of the owner's nieces. He was implicated in the cocaine smuggling, according to Joe Mc's book, and the book implied Gravina also may have instigated in the dirty injection designed to silence Galli.
Login to Quote

Plumps
2 years
I read the book. Can't wait to see how this developes
Login to Quote

You are reading "The Miracle of Castel di Sangro".