ScottT
4 years
I still have a slight feeling you're going to get ripped off here... we'll see!
Login to Quote 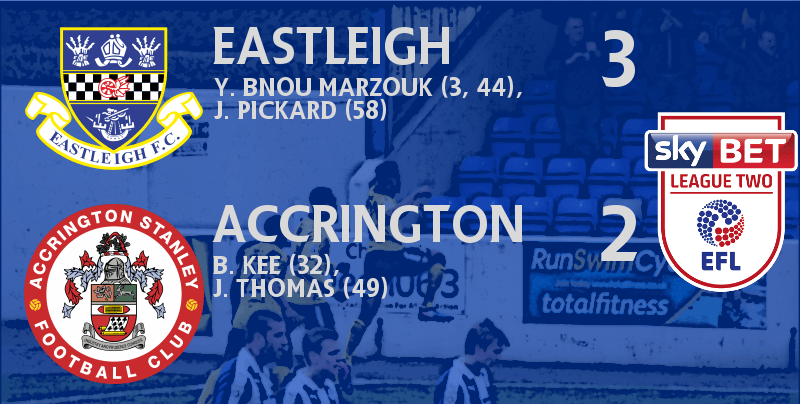 It was a very proud day for Eastleigh owner Stewart Donald as his Eastleigh project got off to a fantastic start with a 3-2 win over Accrington in their first ever Football League fixture.

3,175 fans showered down to the south coast - including 194 away fans who travelled down from Lancashire - as the new 2017/18 season dawned upon all 24 League Two teams on what was a warm Saturday afternoon.

Liam Knowles' starting eleven was nine players different from the team that played out the Play-Off Final against Sutton United, symbolising a summer of extreme change as only Réda Johnson and Jake Pickard kept their places in the starting eleven against Accrington with the likes of Ryan Clarke, Ryan Cresswell, Jerry Yates and Devarn Green benched for this fixture.

The match kicked off at 3:00PM at Silverlake Stadium, Eastleigh, and by 3:03pm Eastleigh found themselves a goal to the good thanks to Moroccan debutant Younés Bnou Marzouk's third-minute opener hit the crossbar before thundering across the goal line to make it 1-0 to Eastleigh.

It took Stanley half an hour to get back into the swing of the game, though, with a 32nd minute equaliser from Billy Kee with a long-range shot which nestled into the bottom corner past Eastleigh's new Spanish numero uno David Armengol.

However, it didn't stay level for long, as Younés Bnou Marzouk fired his team back into the lead on the stroke of half-time in the 44th minute following some great interplay between Bnou Marzouk, Pickard and Nat Wedderburn in the final third, leaving a tap-in the only option for the forward.

Eastleigh went in as the leaders as Andy Haines blew his whistle for the half-time break with a brace from Younés Bnou Marzouk splitting the two teams up on the opening day of the season.

However, it took Accrington only four minutes to strike back in the second half with a 49th minute equaliser courtesy of Jamie Thomas as the striker finished off in style with a volley from a tight angle following an assist from Billy Kee.

The game only remained level for nine minutes after that, as it wasn't long until Jake Pickard got back onto goalscoring form, opening his account for the season with a 58th minute header from a Bnou Marzouk cross.

Although that was the end of the goalscoring, the drama didn't finish there as Nat Wedderburn received his marching orders in the 68th minute after bringing down Scott Brown near the halfway line - a feat he will surely want to cut out of his game sooner rather than later.

The statistics show a dominating performance from the Spitfires, with 26 shots compared to Stanley's measly 8 attempts on David Armengol, and Eastleigh boasted 57% of the possession of the ball.

Younés Bnou Marzouk deservedly won the Man of the Match award for his part in all three goals in a debut which sets his season up nicely from the off.

It was a surprisingly boring first day of the season on the whole, however, with only six teams in League Two winning their first match, with six draws meaning the majority of teams in the league are sat on one point from their first game. Eastleigh sit in 5th place as Portsmouth stand at the top of the league thanks to their 5-2 away victory over Exeter City.
Login to Quote

ScottT
4 years
I'm disappointed with my side, not good enough. Well done to you though, I guess.

Justice
4 years
A fantastic start to the season, and three professional goals will certainly have the fans excited! If you can do just one thing in the season, keep up the home form, as that will certainly get the fans fully behind you, building a fortress for other teams to fear!
Login to Quote 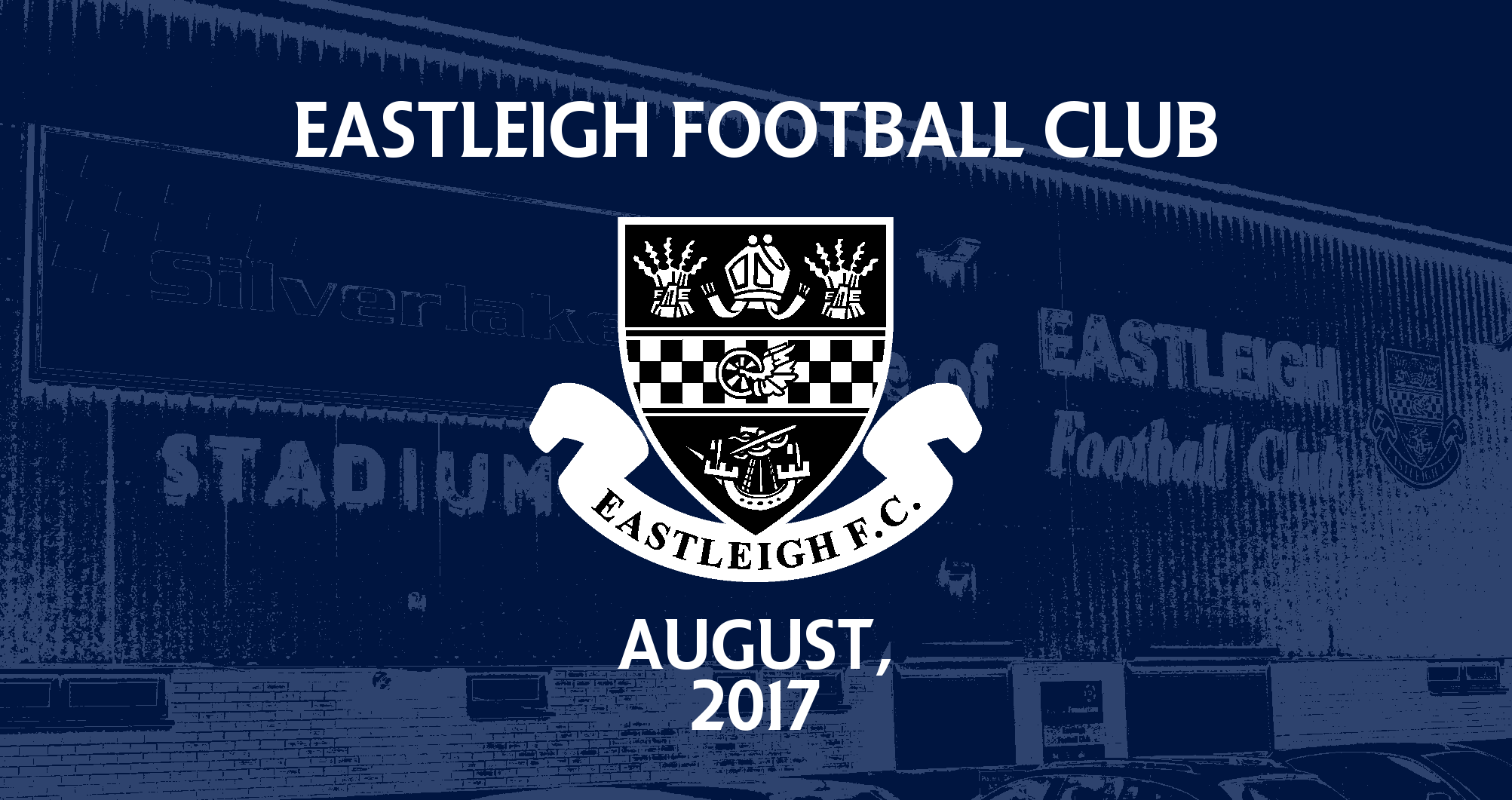 Entering our first ever season in the Football League, we have shaken the league to its very roots with our first month in League Two. With an opening day victory against Accrington Stanley mainly thanks to our new striker Bnou Marzouk. However, the Moroccan suffered injury in the EFL Cup fixture versus Millwall with a sprained ankle keeping him out for a further three weeks. A stunning 5-1 win against title-favourites Portsmouth showed everybody that we are a force to be reckoned with this coming season.

In the EFL Cup we defeated Championship outfit in penalties at The Den, however a tough draw to Premier League side West Brom saw us take a 6-0 hammering at home with Craig Gardner putting a hat-trick behind David Armengol.

Next month we begin our Checkatrade Trophy campaign against Luton in Group I before we play other competitors like Southampton U23s and Yeovil Town. 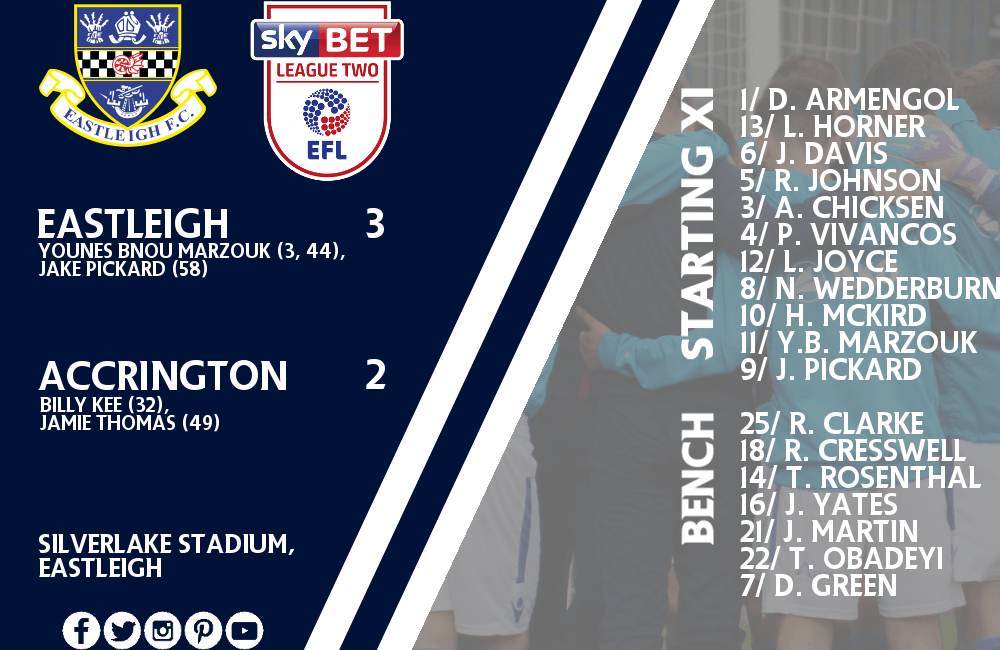 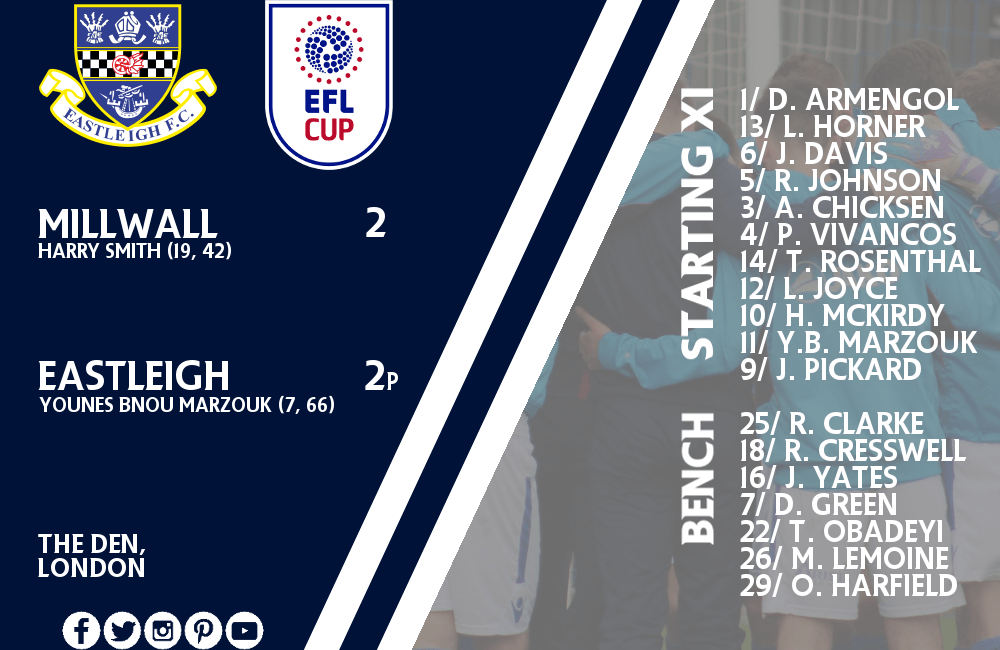 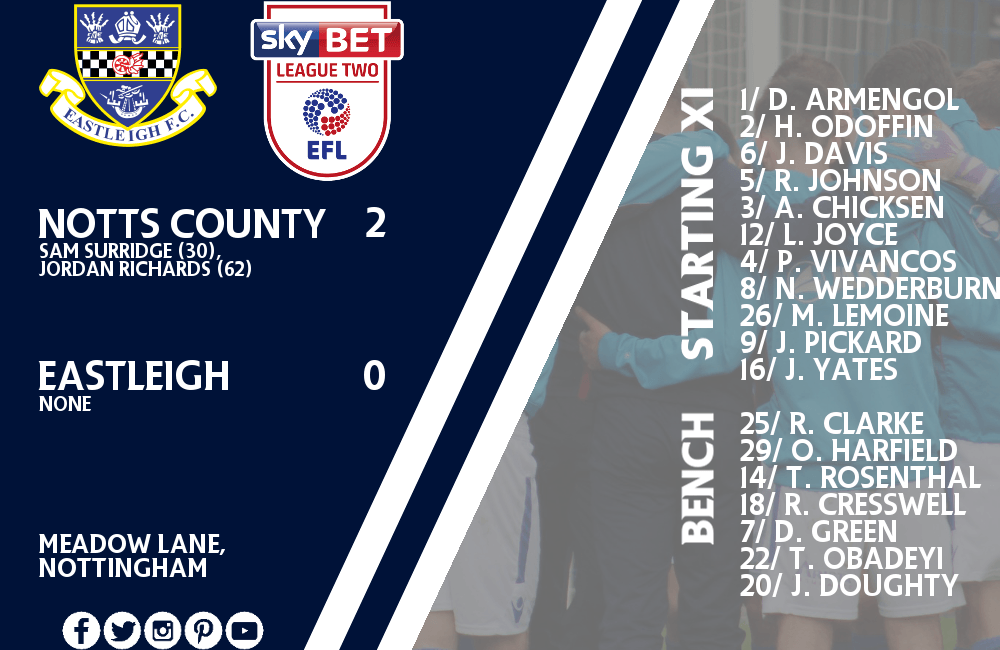 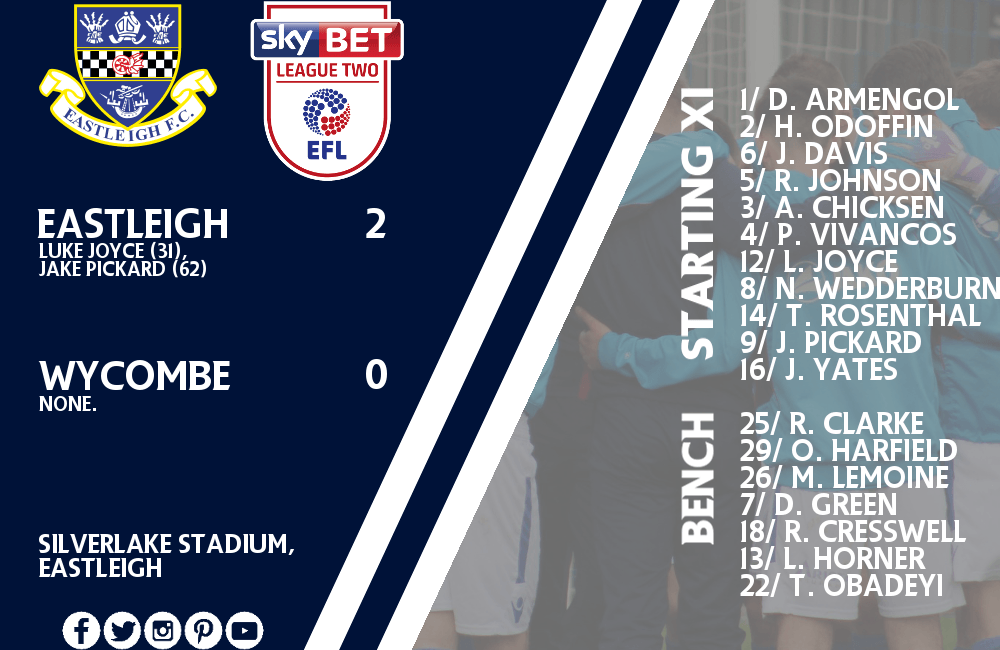 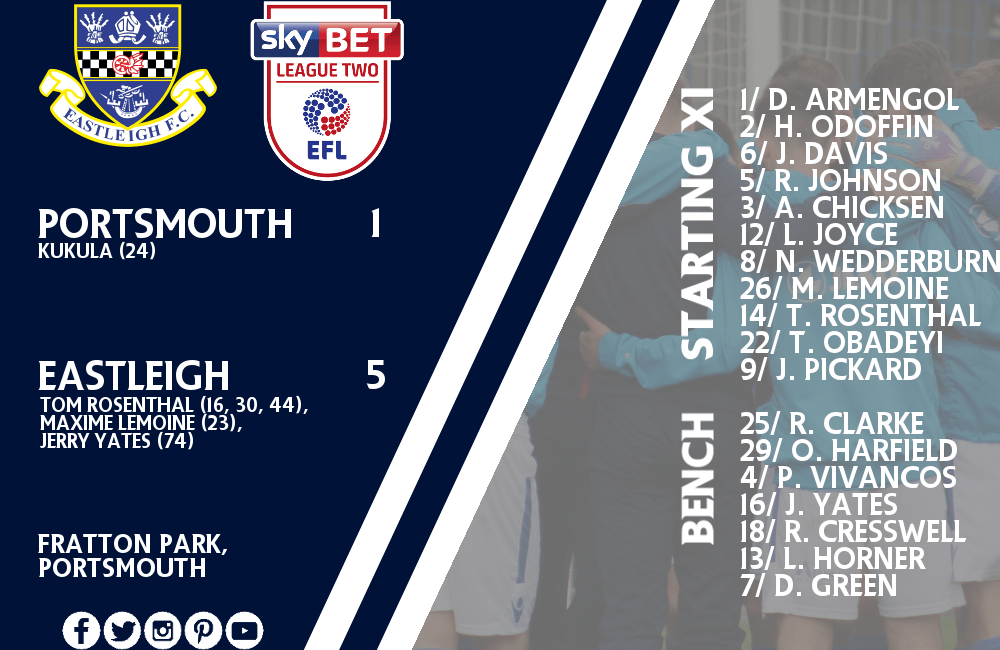 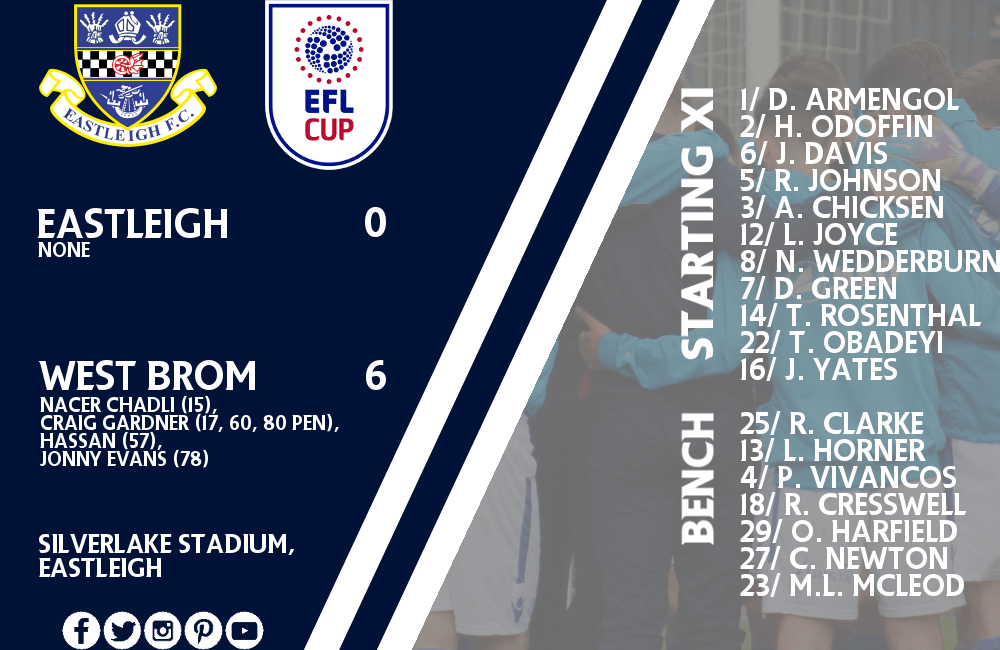 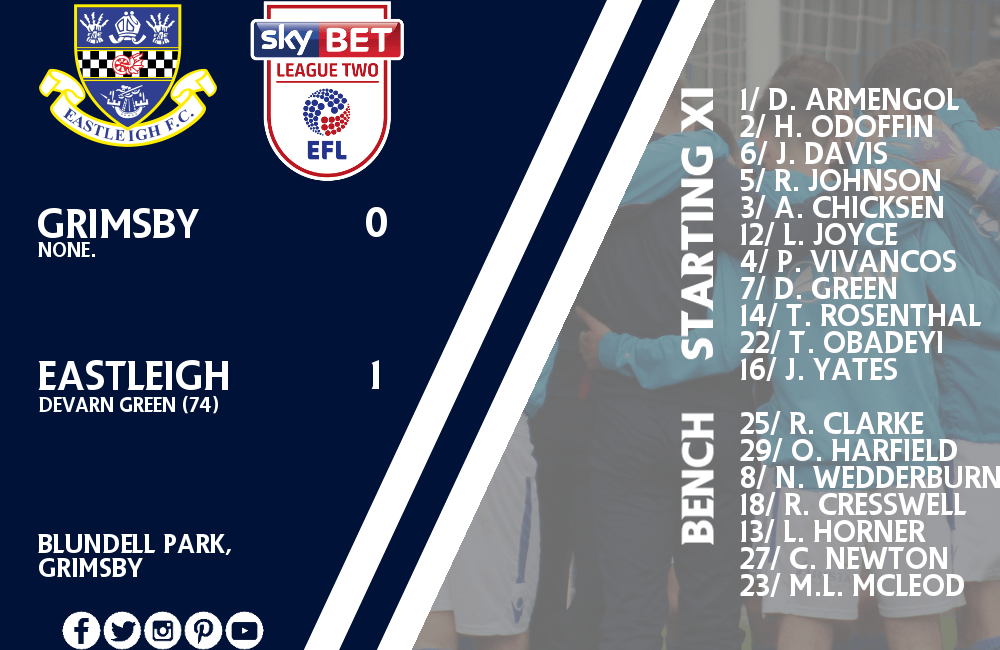 This month we have certainly been the surprise package as the promoted team as we march on into 2nd place after playing five games with the possibility of going top if we win a game in hand on current leaders Oldham. Accrington Stanley have also surprised many by bagging 3rd spot at the end of the first month.

Portsmouth have underperformed this month as they find themselves plummet to 12th with only eight points.

Taking up the two relegation spots are Yeovil Town and Hartlepool United with only three points between them going into September. 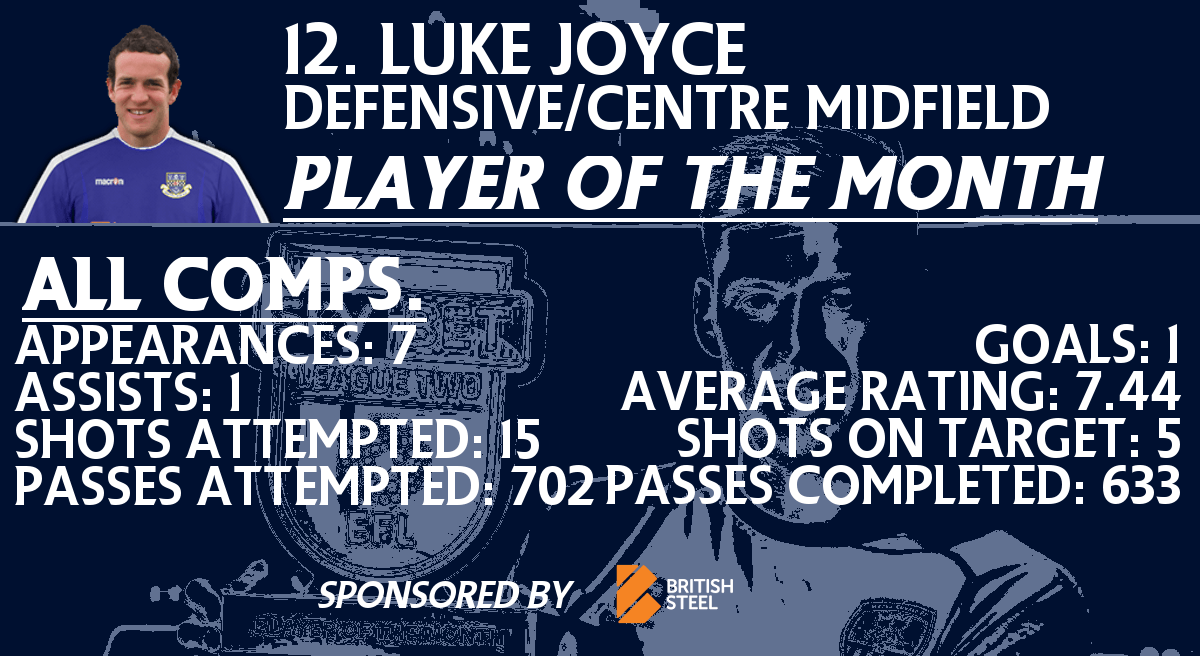 A surprise performer throughout the month is our new midfielder Luke Joyce, formerly of Accrington Stanley. Despite not bringing many goals or assists to our game, Joyce has done extremely well in the middle of the park, with his performance against Millwall in the EFL Cup catching many eyes as he completed 145 passes - the most of any player on the pitch. He has been excellent defensively, too as his role of protecting the back four suits him very well. 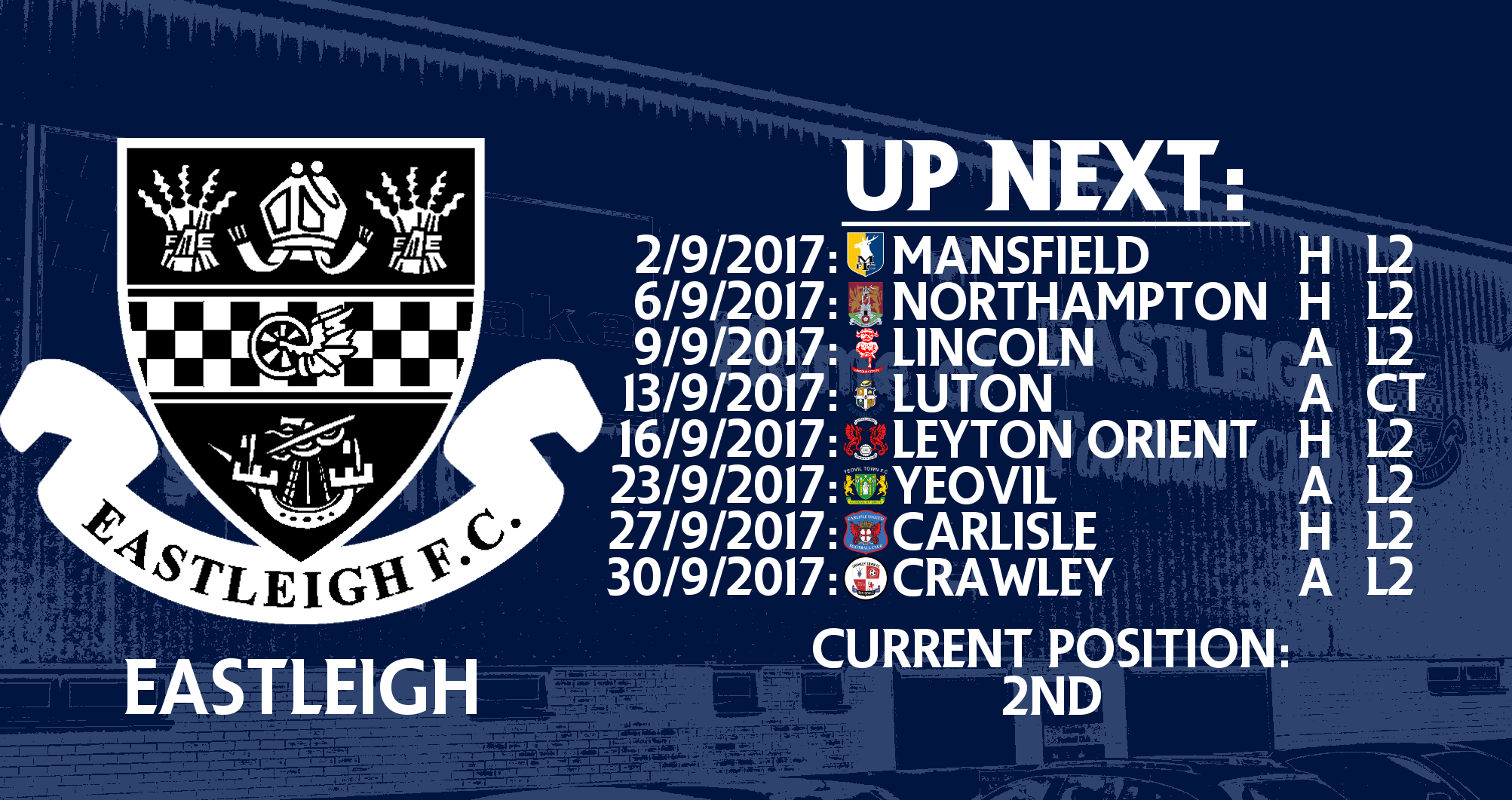 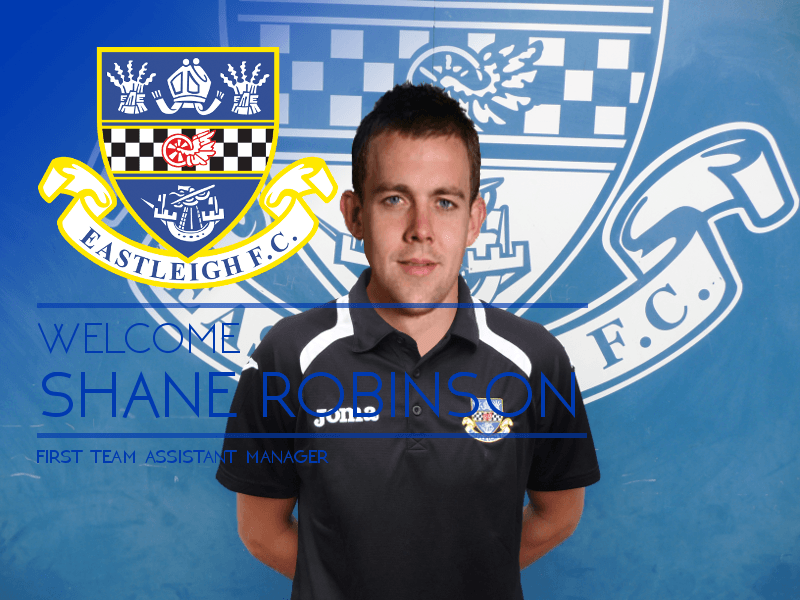 Eastleigh has been without a first-team assistant manager for four months ever since James Russell left his role at the club to take up the assistant manager job at League Two title favourites Portsmouth - acting as Ian Foster's right-hand man.

Eastleigh have been undergoing a lot of backroom changes as they continue their raid on League Two with Liam Knowles bringing in nine new staff members in the past three weeks.

Robinson is perhaps the most high-profile arrival simply due to the job role he has taken at Silverlake Stadium, with the 36-year-old Irishman penning a 2-year deal down on the south coast of England.

In his career - spent mainly in Ireland - Robinson won one Irish Premier Division trophy with Drogheda United in 2007, but finished in a runner-up team two times both with Shamrock Rovers. Despite the majority of his career being made in Ireland, he had spells in both Australia and Finland with both Stirling Lions and Haka respectively.

Shamrock Rovers paid for Robinson's coaching license progression as he came towards the end of his career at Tallaght Stadium in 2014 as the fan favourite now boasts a UEFA Continental B Licence - much higher than Liam Knowles' National B Licence.

Eastleigh gaffer Liam Knowles commented on the new arrival to his backroom team with pride earlier:

Liam Knowles [on Shane Robinson]:
He really is a great addition to the team. He's tactically sound and really fits in with what we're trying to achieve here at Eastleigh. The lads already love him after sharing a few jokes on the training ground this morning. The man knows what it takes to be a winner in his career and I really am delighted to have Shane on board.


Robinson has won five trophies in his playing career, with most coming from his time with Drogheda United. He will join up with new first-team coaching arrivals Conor Hussey and Michael Oakes in training sessions and in the matchday dugouts in the coming days.

The bolstering of the backroom team at Silverlake Stadium comes at a time when the Eastleigh side are flourishing in League Two as they take top spot in the league table following a 1-0 win against Yeovil Town.
Login to Quote

ScottT
4 years
A very good month for you there, shame about the humbling loss to West Brom. I've not heard of your new assistant but hopefully he brings the right tools to be able to help guide you and the club in the right direction.
Login to Quote

Justice
4 years
Goals galore for Eastleigh! Hard loss to take against West Brom, but they're a big big club so it was to be expected. Hitting hard in the league, but I'm not so surprised considering your talent as a manager 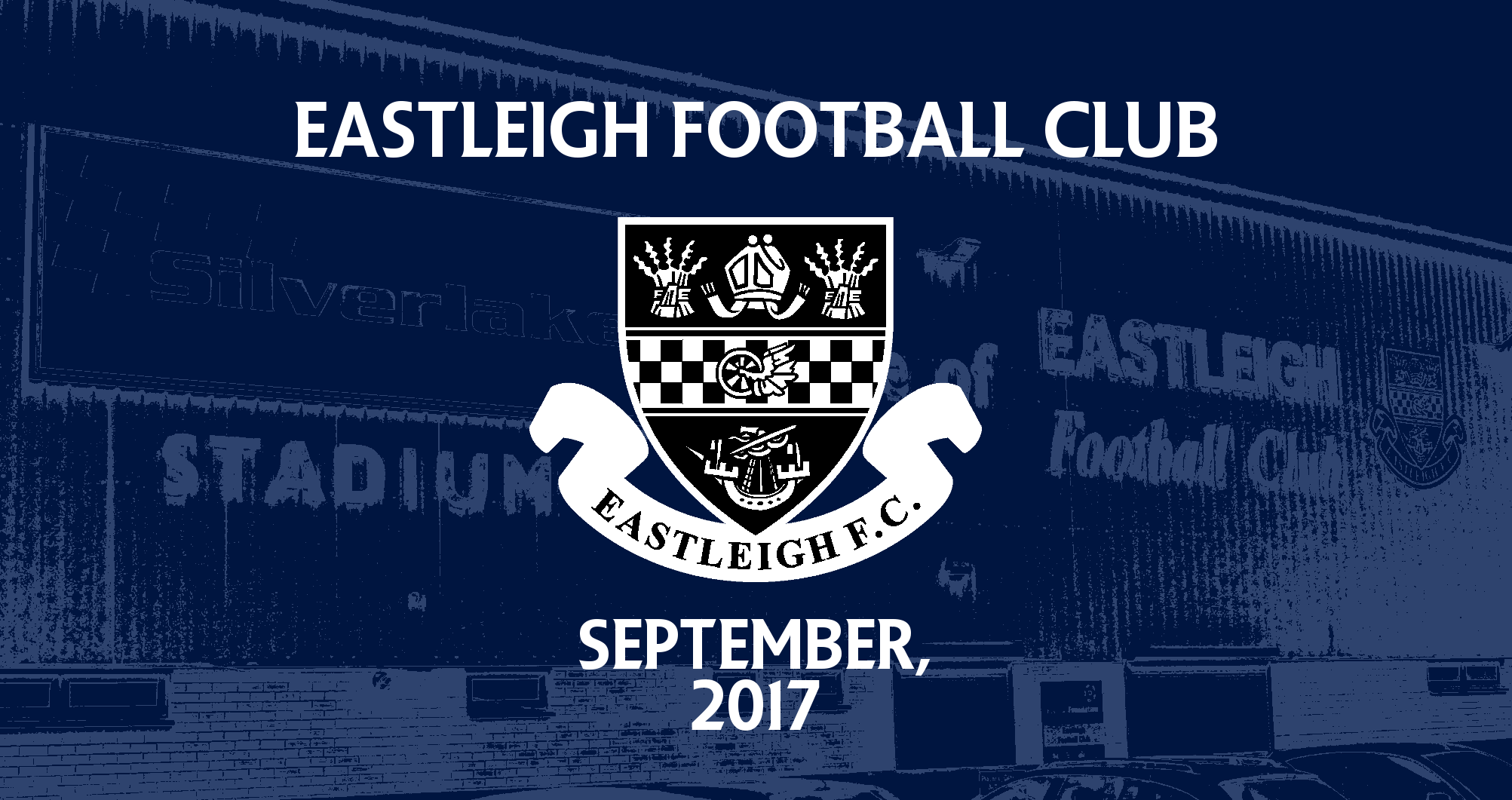 September came through as another fantastic month for us as we march on into first place. The month started poorly with two consecutive 1-0 losses to both Mansfield Town and Northampton Town at home, however we leapt back into form with a victory over Lincoln City which was a result that set us on an unbeaten streak which goes on into October.

We entered the Checkatrade Trophy with a late victory over League One outfit Luton Town at Kenilworth Road which puts us top of our group - ahead of Southampton Under 23s whom boast the likes of Jack Stephens, Matthew Targett and Harrison Reed in their ranks. 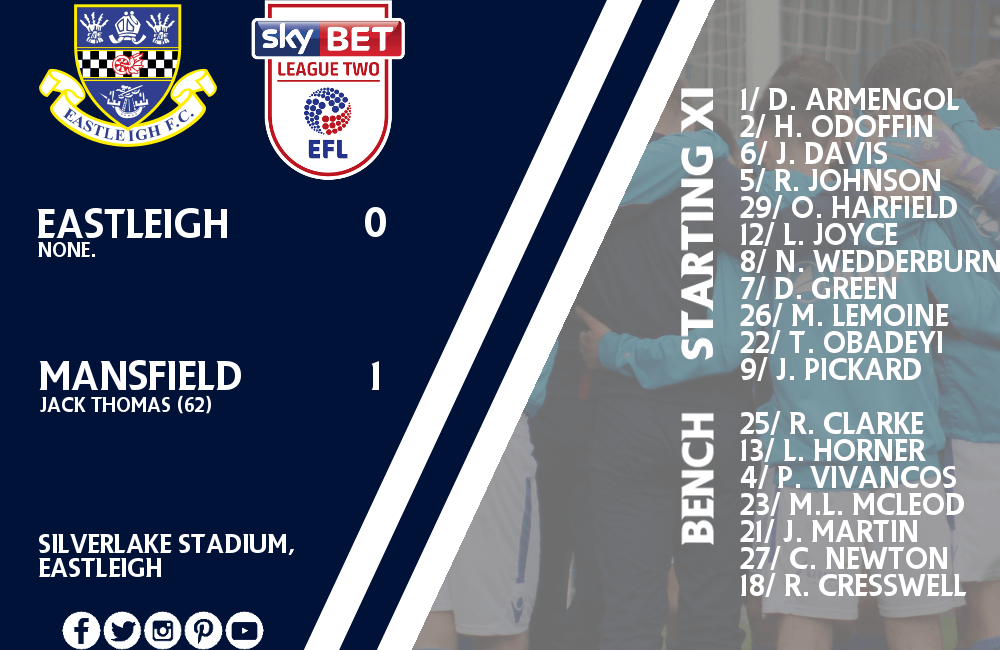 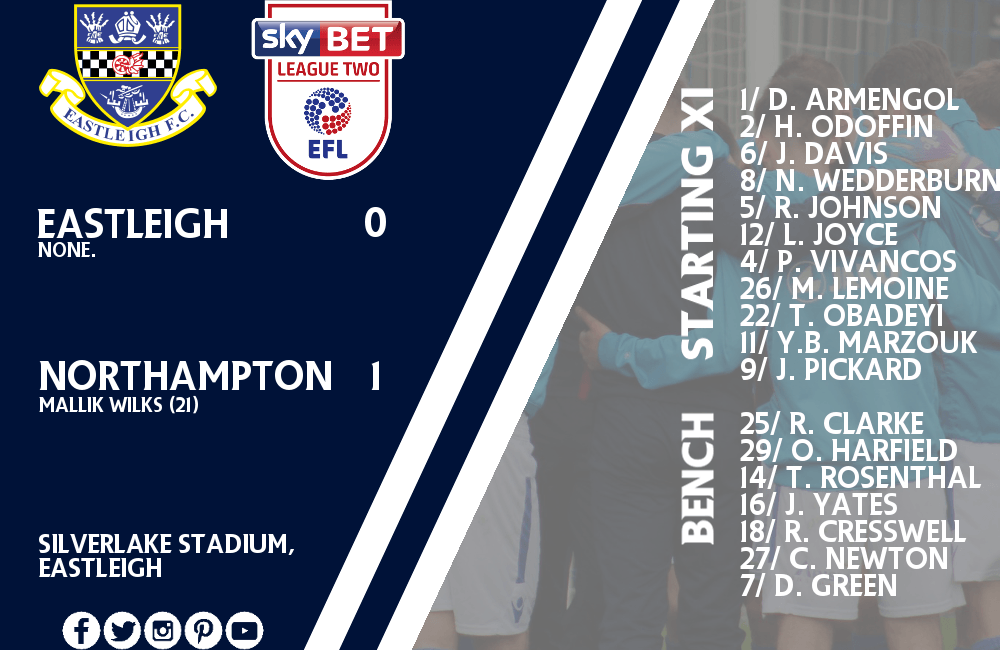 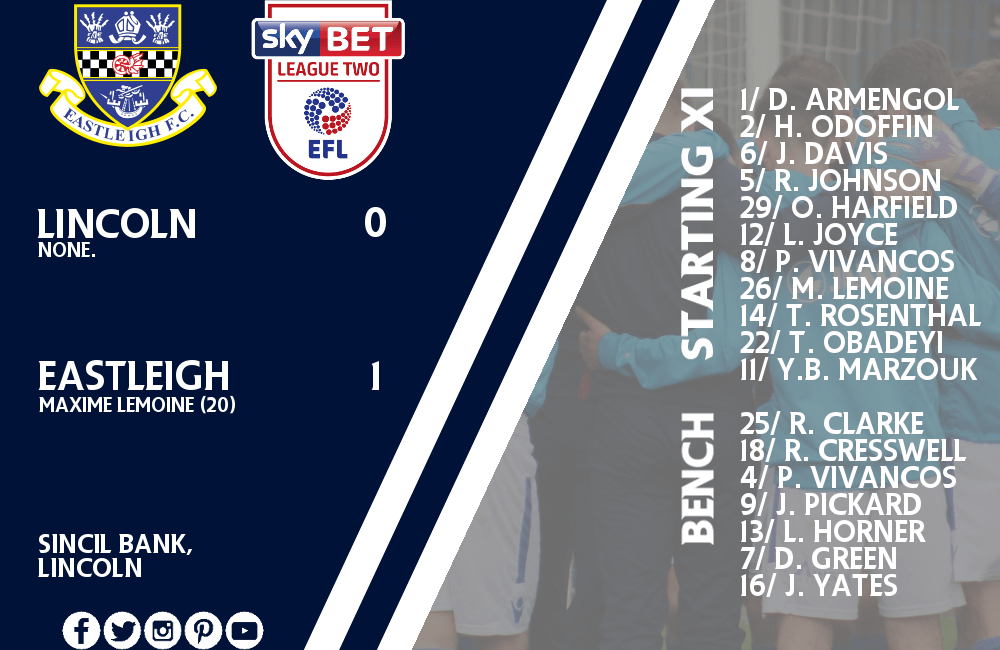 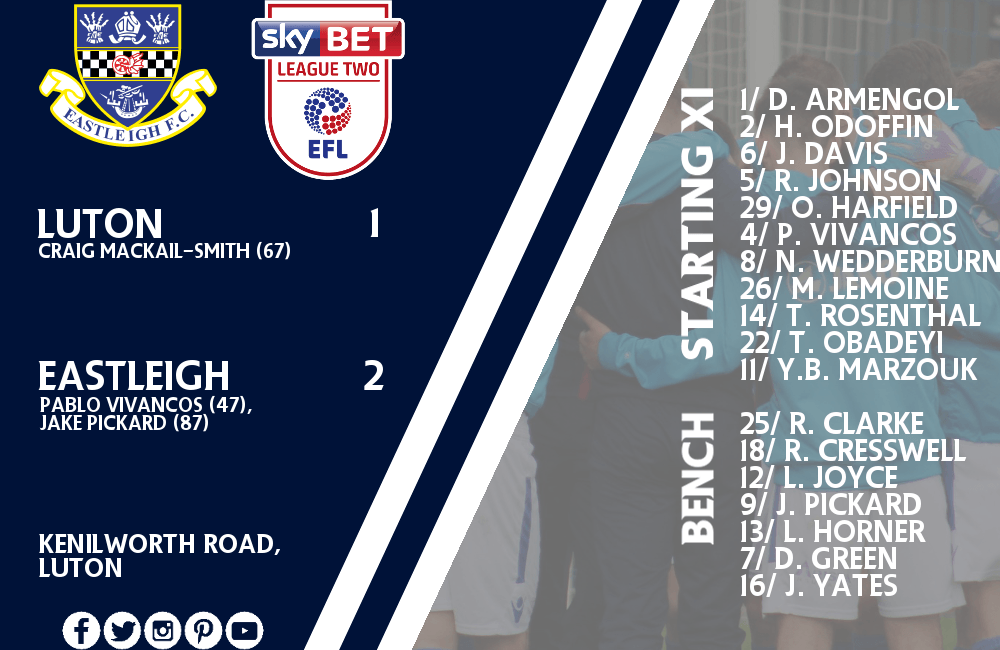 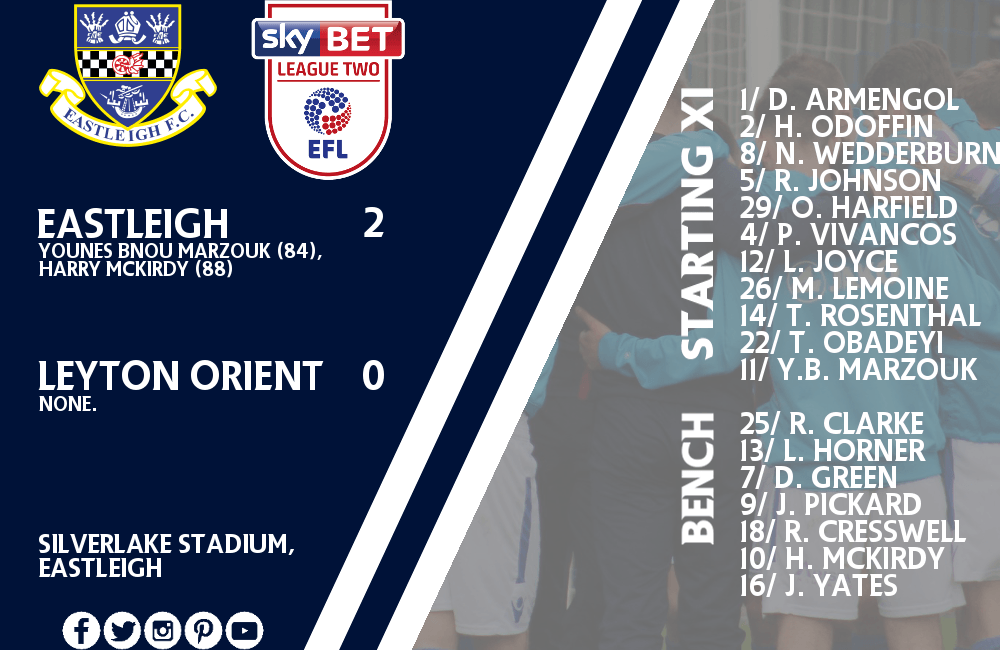 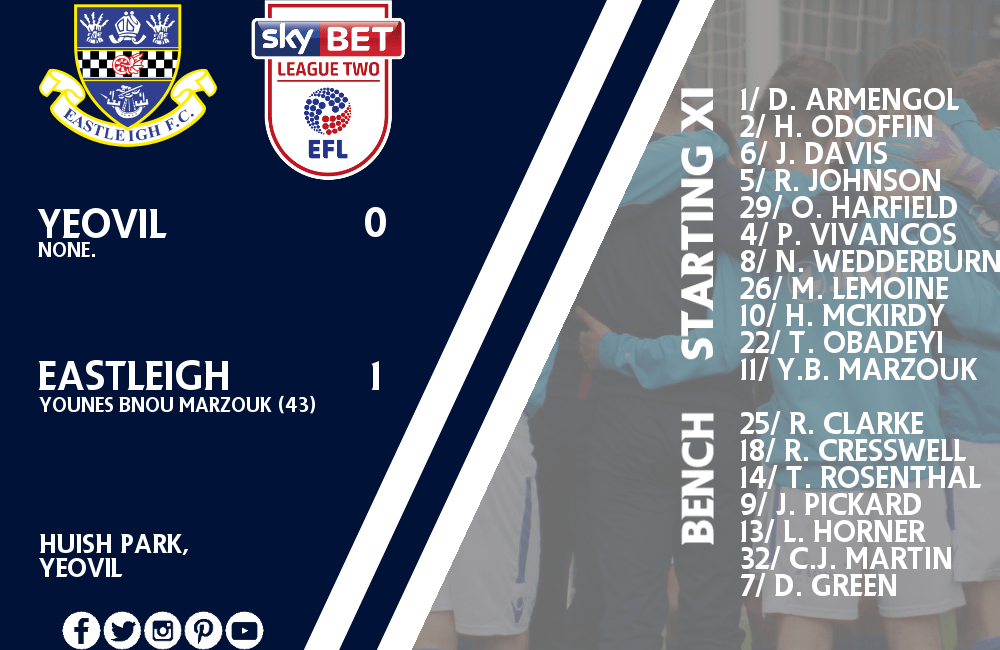 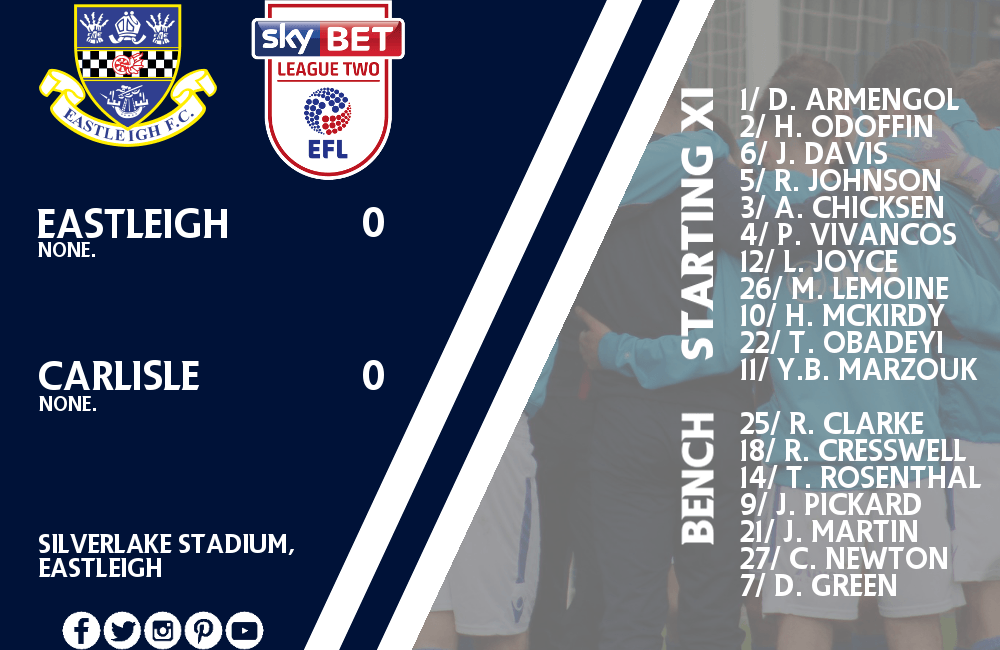 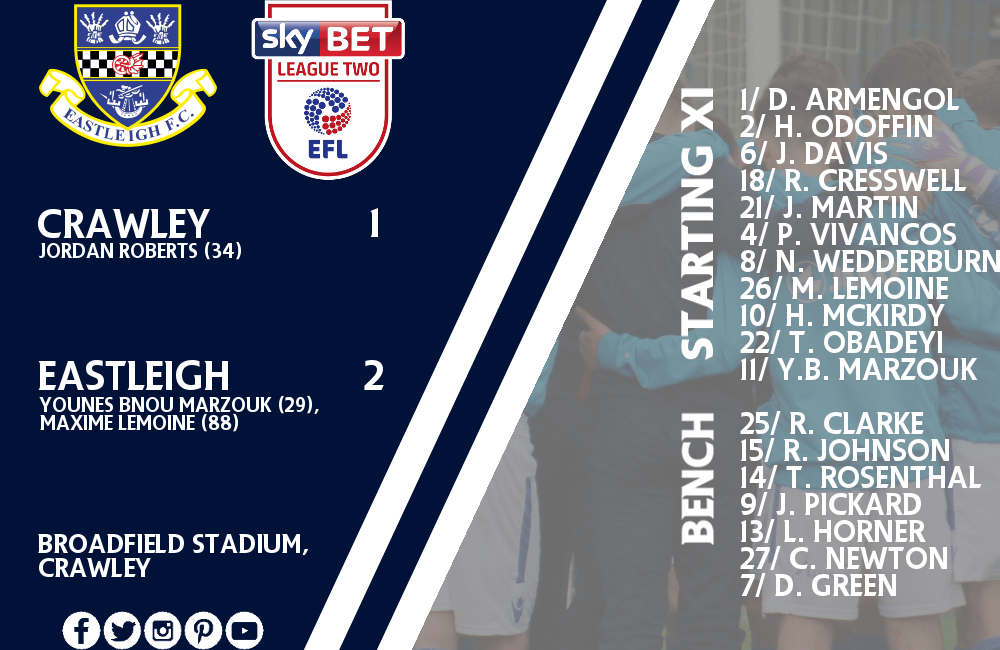 We moved up one place from our August position as we now top the table with a four-point ease on Portsmouth, Mansfield and Blackpool. One thing that is worrying me is the lack of goals we are scoring this time around. We are the 10th highest scorers, yet have the best defence in the league at the moment as we sit on top of the table. Preferably, I would like to score more goals to strengthen our leads in games.

Blackpool, Stevenage, Wycombe and Oldham all take up the Play-Off positions going into October with Stevenage and Wycombe proving to be the surprise packages in their at the moment.

At the bottom of the table is Shrewsbury and Hartlepool who are both level on points and two points behind the underperforming Swindon Town in 22nd. 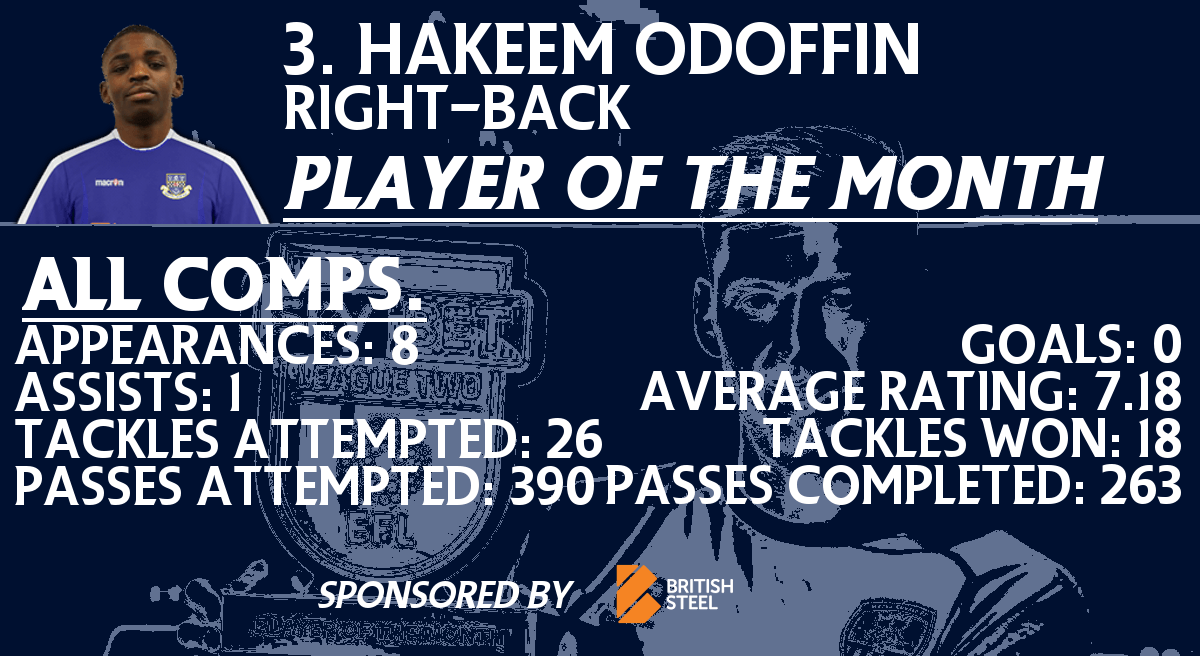 Hakeem Odoffin has returned this season for another loan spell and he is as good as ever. Odoffin has made the step up from non-league to Football League very well as he slots in brilliantly with a very well performing defence so far this season. He helped keep four clean sheets throughout this month. 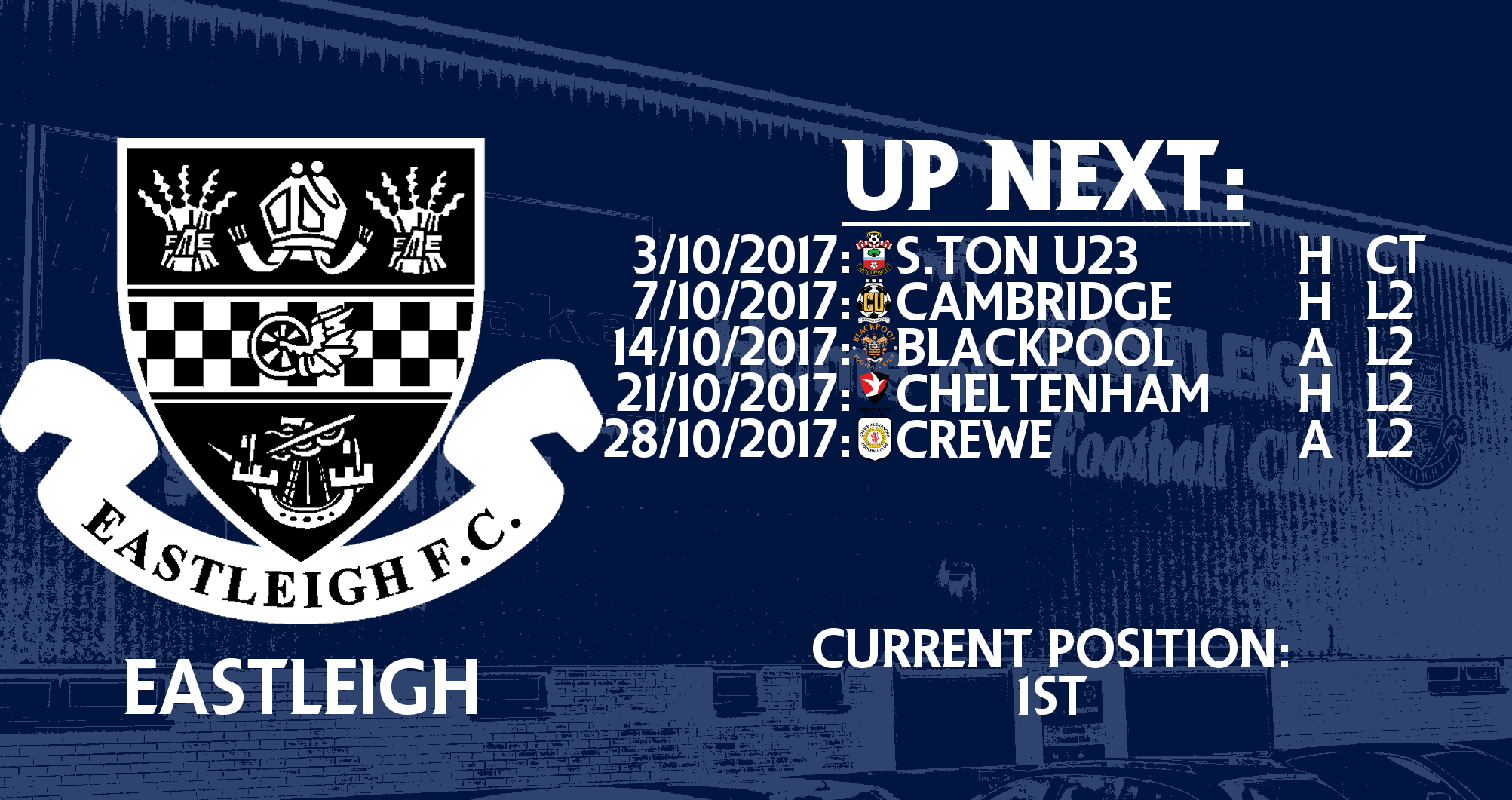 mgriffin2012
4 years
Great to see you top of the league and flying man!
Login to Quote

ScottT
4 years
You closed the month out in style, fantastic. The loss to Northampton isn't a surprise considering they have Wilks, he's such a pain! If you can continue this form into October then you will certainly be in a great position.
Login to Quote