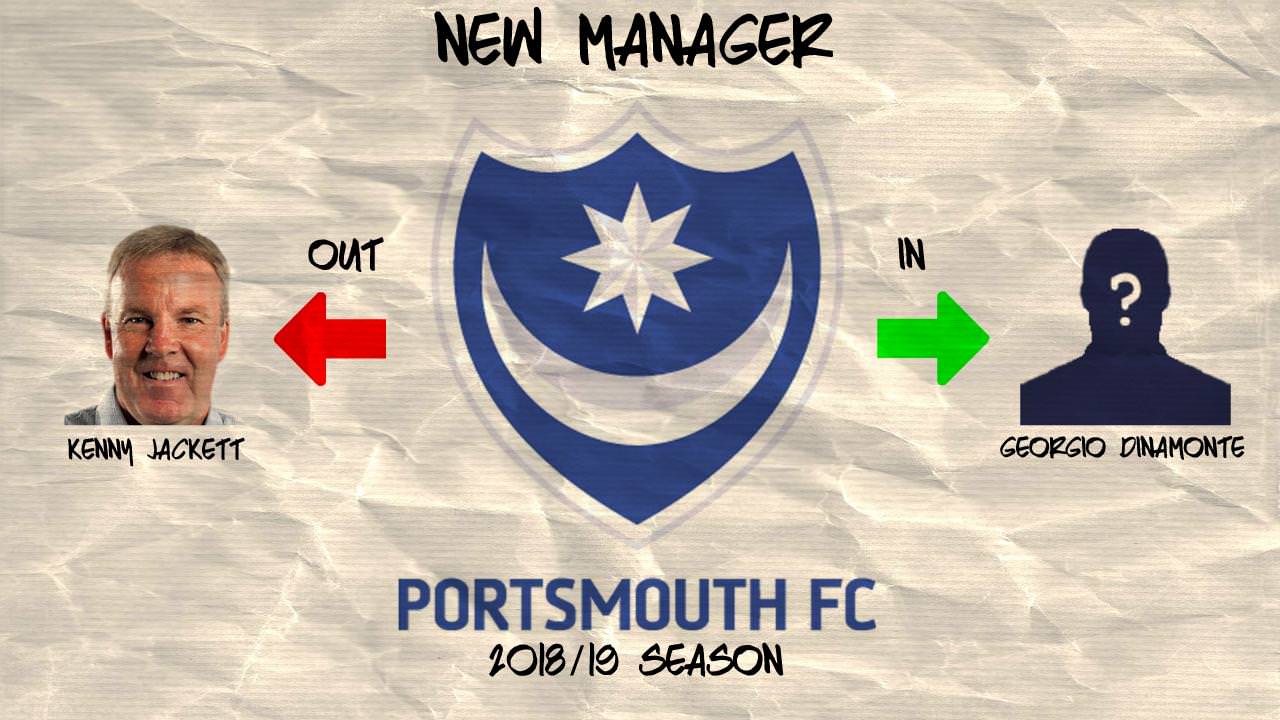 mgriffin2012
3 years
A very intriguing start, hope to see Pompey back in the top flight sooner rather than later!
Login to Quote

OMGItsToddzy
3 years
@mtgriffin2012 - So do I there is 1 game left of the season which could define relegation or survival for Pompey. Update coming soon
Login to Quote 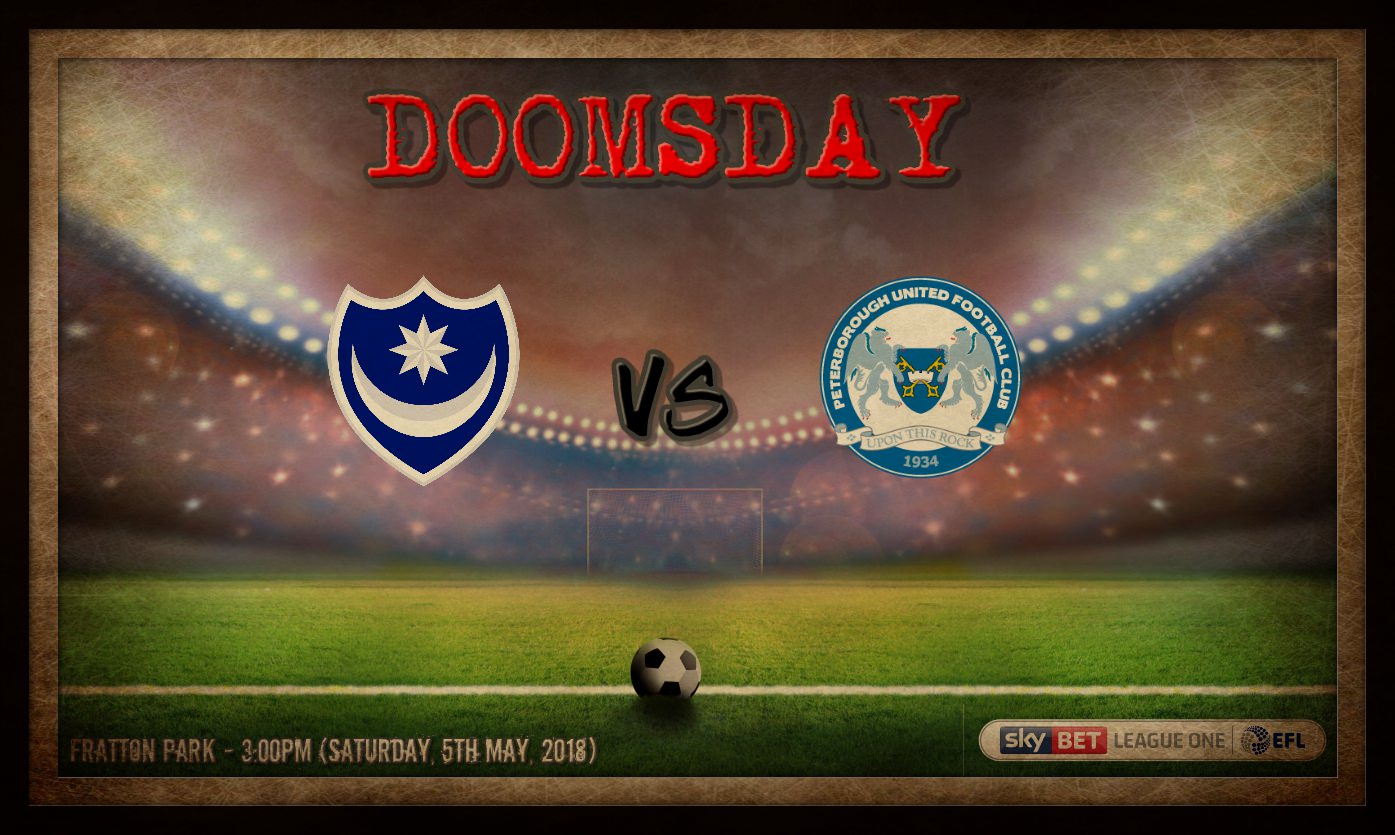 Doomsday is upon us is what Portsmouth fans are calling the nail biting end to their season. Portsmouth who currently occupy the final relegation spot in the Sky Bet League 1 table are coming up against 8th placed Peterborough who are fighting for 3 points to secure a play-off spot. For both teams this is a match of real importance and both sets of fans are undeniably nervous.

Portsmouth who have just hired new Georgian manager Georgio Dinamonte are 2 points behind 20th placed promotion partners Plymouth Argyle. Plymouth who play away to 13th placed Gillingham have got to win as a draw would not suffice due to goal difference, however Plymouth have the life line of Portsmouth must win no matter what if they're to threaten the Pilgrims.

Dinamonte only has a day to prepare his team for this game and will surely be tested from the start with a squad he doesn't know at all. This will surely be the talking match of the game. Tickets are understandably sold out for the final showdown at Fratton Park but worry not as the game is televised on Sky Sports Mix. Hopefully all fans are in for a very special day and at the end there is going to be one team celebrating and one team in turmoil.

Aaron
3 years
Good luck, win and I see you staying up. Lose...Then get rekt.
Login to Quote 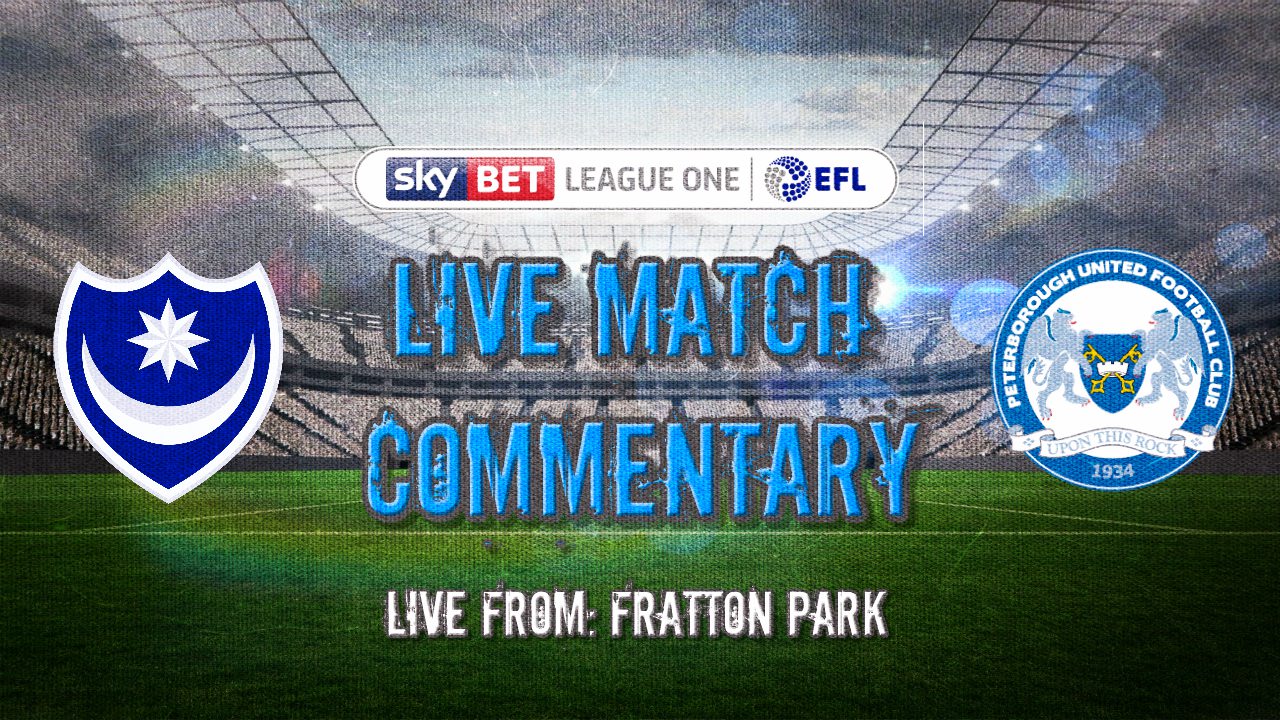 Tyldesley: Yes, DOOMSDAY indeed and we're all set for a relegation vs play-off battle and it looks like its going to be interesting.

Motson: Well before we get underway lets talk about the new man in the home dugout Georgio Dinamonte. HE is under some immense pressure today, its his first game in charge and a win could seal survival anything less could see manager and club go down to League 2.

Tyldesley: The stakes are huge John and I'm delighted to be here to watch this spectacle. It looks like the players are ready to kick off.

(00:00) Motson: Well its kicked off here and Portsmouth start with the ball.


(06:18) Motson: Dangerous Free Kick awarded to Peterborough here and Maddison is standing over it. The ref blows the whistle and Maddison strikes the ball
..... Ohh!! Inches over the bar from Maddison. Portsmouth will have to be wary from set pieces.


(21:32) Tyldesley: Its been quiet so far, Portsmouth keeping the ball well but Peterborough are starting to break them down.


(31:04) Motson: Throw in played to Weir deep in the Portsmouth half, he brings it down and plays a long 30 yard pass over the top towards Chaplin.... Its Perfect! and Chaplin is through one on one with the keeper and he shoots early just outside the box..... OHH!!! ITS THERE, HE'S DONE IT!!! Chaplin slots it into the bottom left just out of grasp from the scarpering Peterborough Goalkeeper.


(31:16) Tyldesley: OHH! Spectacular this boy has given thousands of people hope. He will savour that for years.


(34:27) Tyldesley: Reports are coming in that there has a been a goal at The Priestfield Stadium... Who's it gone too?


(Static) Kamara: UNBELIEVABLE BOYS!! Gillingham have scored and Plymouth look bereft of confidence, It looks like news of that goal at Fratton Park have
made its way here and the fans look distraught, back to you guys.


(CROWD ROARS) Motson: Well... It looks like news spreads fast as the Pompey fans have heard about that goal at Priestfield.


(HT) Tyldesley: Well its half time here and Portsmouth take the lead at half time, I can only imagine what's been said in those dressing rooms.


(HT) Motson: Yeah, I bet the managers are giving there most passionate speeches, The fans are getting there pies and pints and look to be enjoying this game


(58:25) Motson: The balls picked up on the wing at half way, Hughes snaps down on Portsmouth's number 13 Thompson. WAIT! He already has a yellow to his name.. The ref has called him over and reaches for his pocket.... OHH!! HE'S OFF, The long walk to the tunnel, He could of just ruined any chance of getting Peterborough back into this game.


(58:46) Tyldesley: Indeed its going to be tough for them now but it was worthy of being sent to the dressing room.


(61:32) Motson: A Free Kick awarded to Portsmouth about 35 yards from goal and Pitman is to take it... He lines it up and drives it towards goal, But the keeper gets down low to save it.


(62:00) Tyldesley: Straight from the goal kick the balls put up front to Peterborough Striker McGee he brings it down and lets loose.... The Keeper gets a strong hand to it and pushes it out. Life line thrown from the keeper.


(70:00) Kamara: WHOAAA!!! Its another GOAL to Gillingham, They've put Plymouth to bed now the fans are starting to leave early, they can't watch anymore.


(70:06) Tyldesley: Well all eyes are on Fratton Park, Its all in Portsmouth's hands now.


(76:06) Tyldesley: Sterry throws the ball down the line but its intercepted by May and Portsmouth are on the attack. He plays a diagonal ball to Bennett and he controls and shoots!! Just wide of the post. The Keeper was sweating there.


(83:02) Tyldesley: It's a Portsmouth corner and Bennett takes its floated into the penalty area and is headed straight back to Bennett who picks up the ball and plays it to the edge of the area and its intercepted!... The Balls cleared up field and is tidied up by the Portsmouth defender Thompson... He hoofs it up and its flicked on to Bennett who brings it to his feet and beats his man. He switches to the right to the substitute Naismith who has it on the edge of the area... He controls and strikes from the corner of the box... It looks sweet.... GOALLLLL!!! THE ROOF HAS COME OFF THE STADIUM AS NAISMITH FIRES HOME PAST THE CLUTCHES OF THE GOALKEEPER... HE RUNS TO THE STANDS AND IS BURIED BY A PILE OF PORTSMOUTH SUPPORTERS.


(83:28) Motson: UNBELIEVABLE... This is surely in the bag now for Portsmouth. I can't believe the upset I'm seeing here.. This truly is why Football is the greatest game, look how much it means for them to stay in this league.


(91:01) Tyldesley: Where in stoppage time now and Peterborough have the ball on half way. The ball is directed over the top of the defence and falls to the McGee who hits it.... Goalkeeper stands big and Whatmough clears it to safety. Only minutes to go.


(95:08) Motson: Portsmouth have a throw in and its taken and... THERE'S THE FINAL WHISTLE, IT'S ALL OVER AND PORTSMOUTH JUMP FOR JOY. THE MANAGER RUNS ON CELEBRATING AND IS JOINED BY THOUSANDS OF FANS ALIKE. What a way to end the season. There will be some sore fingertips after today's game.


(FT) Tyldesley: Word in its over at Priestfield and its finished Gillingham 2-0 Plymouth. What a way to finish up the season.


(FT) Motson: We will see you all next season for more laughter, tears and entertainment.
Login to Quote

ninjaskill
3 years
Has to be one of the best first games in management, keeping your club up in the final game of the season is a good start
Login to Quote

OMGItsToddzy
3 years
injaskill - It was very special, I couldn't believe what was happening.
Login to Quote

HES DONE IT
Login to Quote

(Scene) Dinamonte wakes up in his trashed apartment

The sunlight honed in to my face like a scorch from the dessert of Nevada waking me up sharpish. I struggled to wake myself up before the clocks glare shocked me into action "10:45 Ahh S#@t I'm late, very late". The apartment was a wreck and I'm wondering wether it'd be less effort to just build myself a new clean apartment than tidy this place up, no time for thinking I need to get to work and fast.

As I opened the door the suns rays beamed mockingly at my hungover baggy eyes as I walked to my car. My Peoguet 206 a standard motor, cheap insurance, low milage but affordable and trustworthy. I always wanted a flashy car but being proffesional before the new millenial didnt pay as well as it did now. I unlocked my phone to see 2 messages from Michael Eisner "Where are you?" "Call me now" Not the start I wanted but surely he can understand. I guess I'm not as young as I used to be and this drinking is catching up on me.

Portsmouth is actually a lovely place if you get the time to appreciate it but I suppose beauty is in the eye of the beholder. That's something about this place that just feels right, something I haven't felt in a long time. FOCUS! I took some parcetamol to cure the evil banging in my head and sped down the street towards work. The traffic was fairly light as its past rush hour already and I knew things would be quiet now the lads were on holiday. The journey only took about 15 minutes but 15 minutes was a long time when your already late.

As I pulled into the car park and parked up I felt somewhat a little better in myself but nervous in seeing Mr. Eisner as I knew he would have my balls on a platter for being late, not a great first week impression ehh? I stepped out of the car and sprayed my self some cheap Aldi own aftershave which was suprisingly nice considering these big brands are supposed to make you smell like the messiah himself. I gingerly made my way towards the doors of the building and stood there was Michael Eisner and he didnt look happy at all.

Mr.Eisner: "Ahh! Mr. Dinamonte how nice off you to show up for work today"

Dinamonte: "I'm sorry Mr.Eisner! things got wild last night after the game, I hope you can forgive me?"

Aaron
3 years
Sacked after the first game?? Surely not!
Login to Quote