Rules:
- Start unemployed with Sunday league reputation and without any licences

This is my first football manager 2018 save. Feel free to leave any comments and/or recommendations.

As expected, I had a tough start to my career having a couple of snubbed job applications and interviews.

The Chinese youngsters seemed to get along with my tactical approach, winning 5 from 6 friendlies and winning all 4 of the U23 Asian Cup Qualifier games. 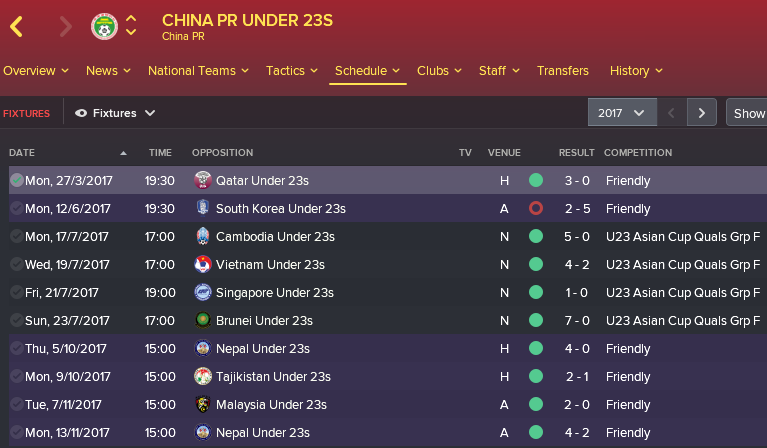 This positive run of results opened new doors for me at club level. I was offered a couple of managerial roles in the Malaysian Premier League, which is the 2nd tier of Malaysian Football. I was hired as Polis DRM manager on 09/12/2017, a role which I will be focusing on after the U23 Asian Cup.

The good run continued in the U23 Asian Cup, topping the group with 3/3 wins and winning the Quarter Final against Australia. Our luck ended in the Semi Final after losing against South Korea (again!!). We sealed the bronze medal after winning the 3rd Place Playoff against Iran.

jfar0055
3 years
Following a successful tournament with the China under23s, now it's time for the first club experience as Polis DRM manager in the Malaysian Premier League (2nd tier of Malaysian Football). 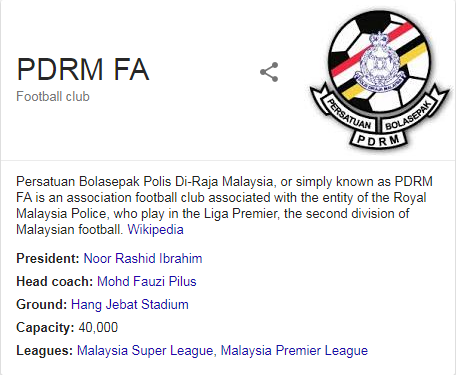 We had a very positive pre-season ~ 3 draws against Malaysian Super League teams (1st tier) and a win against a Malaysian non-league team. I am using the same 3-6-1 tactic which I used with China U23 and so far is reaping good results. 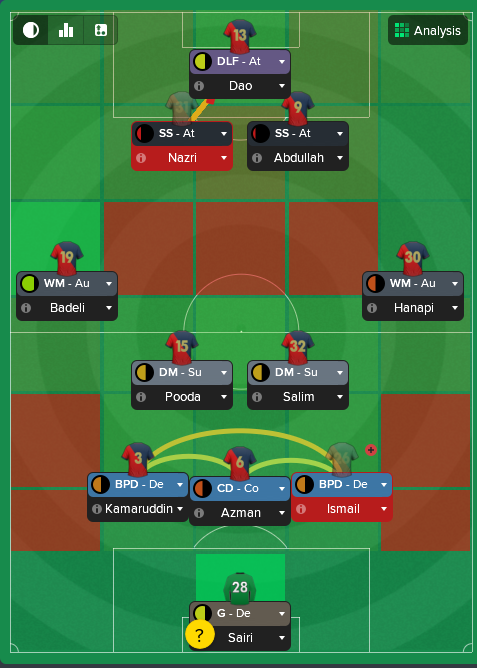 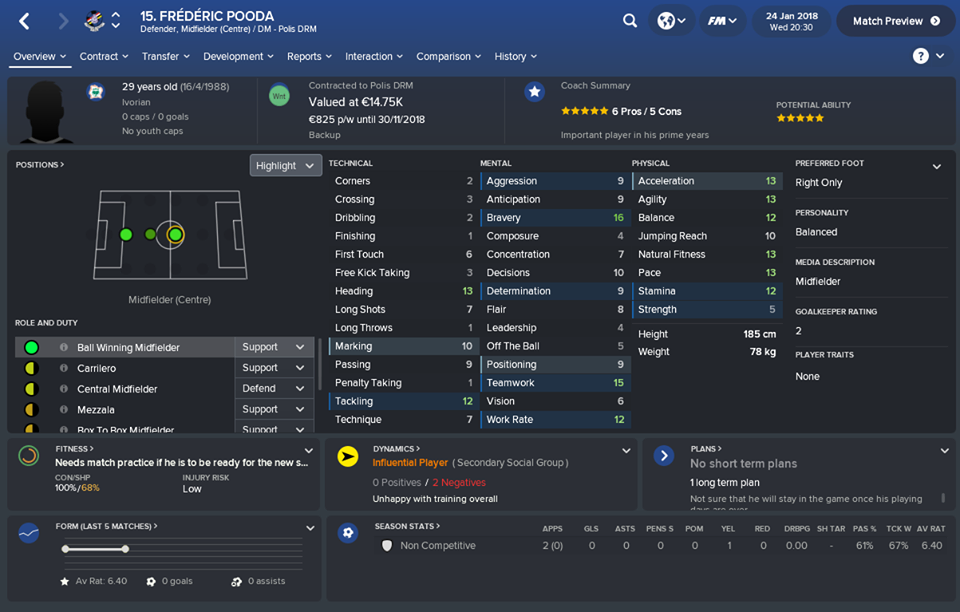 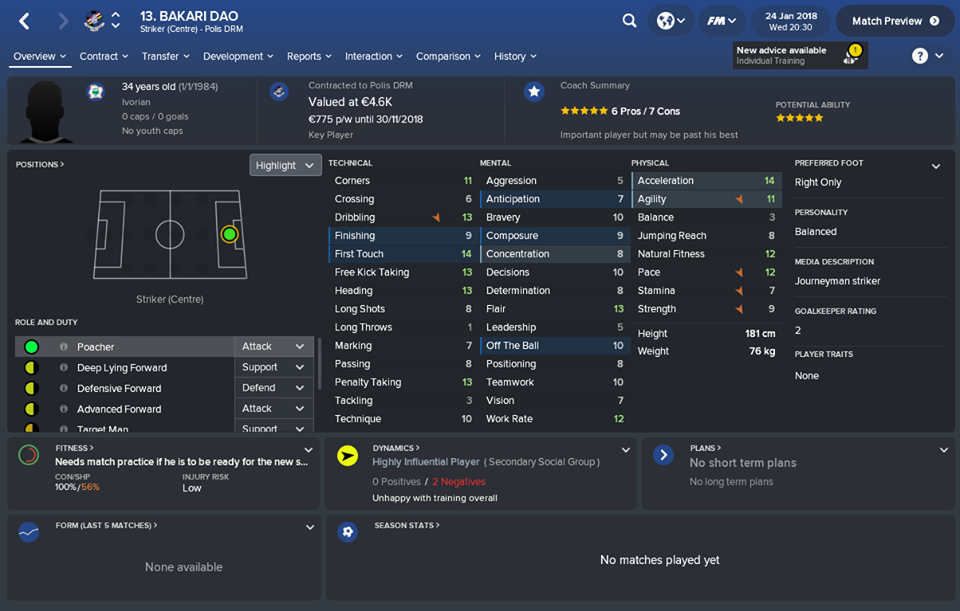 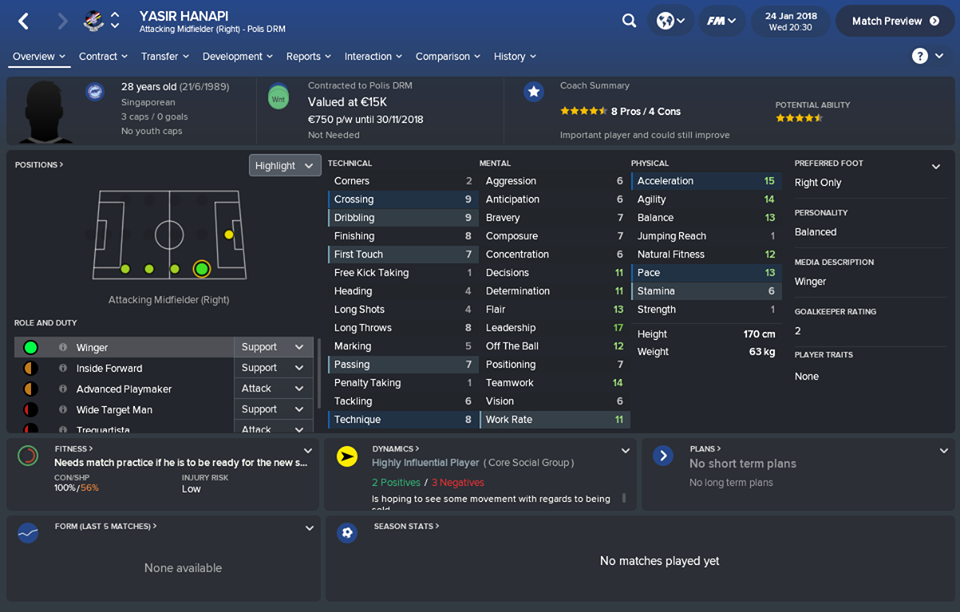 jfar0055
3 years
We had a bit of a roller coaster start to the Premier League, starting with a heavy 6-1 loss. Following that we had a win-loss win-loss pattern for the first few games, winning all home games and losing all away games, getting eliminated from the FA Cup in the process. The turning point was the match against, at that point, league leaders Kuala Lumpur. After going 2-0 down at half time, I decided to make some changes in the shape of my 3-6-1 formation and increasing the intensity. We managed to make a comeback in that game going from 2-0 down to 2-2, and are now on a 7 match unbeaten run in the Premier League️

I got my first awards on a personal level, winning the Manager of the Month twice in March and May respectively. I also got the National C Licence after the PDRM board accepted to finance the course

During the one-month break, we made four new signings to increase the quality of the squad. Nick Swirad (DC), Oh Kyu-Bin and Stefan Vukmirovic (MC), and Abdul Ghani (ST) joined the team.

Our good run in the Premier League continued with a 4-0 win against Sarawak, however we had a slow start in the Malaysia Cup. We were drawn in group D with Sabah (2nd tier), Johor DT and Selangor (1st tier). We lost our first match against Sabah, they scored the only goal in the first half of the game and even though we had control in terms of possession and goal opportunities, we did not manage to find the net. The successive game against Johor DT, they dominated the game but we seemed unbreakable until the very last minutes of the game when they managed to get the winner in the 86th minute. We still managed to pass the group in second place behind Johor DT after 4 consecutive wins.

On another good note, we are on an 11 game unbeaten run in the Premier League and occupy the first place of the league.